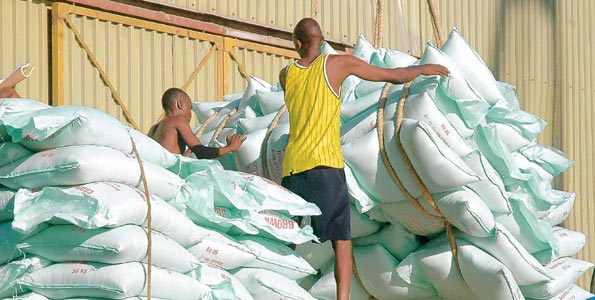 President Uhuru Kenyatta’s recent trip to Uganda has caused a lot of talk after he struck a deal that would allow cheap importation of Ugandan sugar into Kenya. A move that would definitely make locally produced sugar to be unattractive. Here are some things you should know about sugar production in Uganda

1. Uganda’s sugar importation has not been meeting local needs until 2012. It has been importing additional sugar for home use.

2. The rise in demand together with low production led to the government providing a license to many firms to address the gaps.

6. From 2011, Uganda has been exporting excess sugar to DRC, South Sudan, Burundi, Rwanda, Tanzania and some to Kenya.

7. The sugar firms in Uganda are largely private owned and only the largest firm Kakira is 30% owned by the government.

8. Kakira has the largest nucleus estate of about 9500Ha for its own cane production.

9. Ugandan sugar firms relied heavily on the Material Transfer Agreement with Mumias which helped them improve variety and yields.

10. The excess sugar in Uganda is not even enough to meet a quarter of Kenya’s total demand.