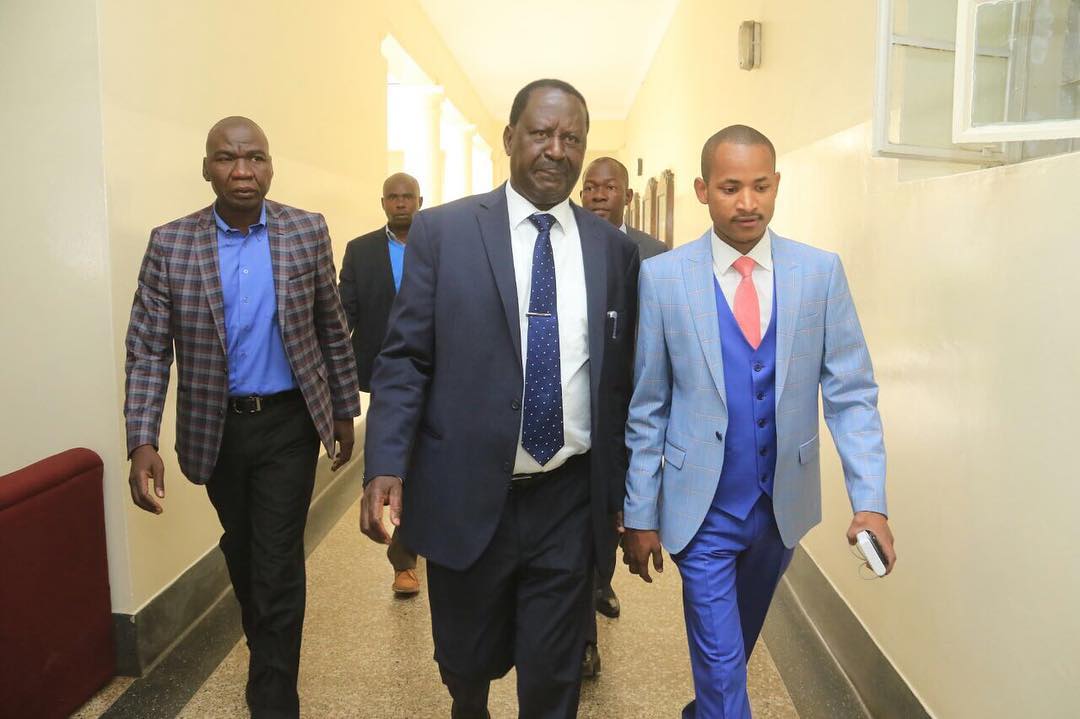 Newly elected and re-elected members of parliament were being sworn in today and Embakasi East MP Babu Owino was among them. True to his character, he couldn’t resist to do something outrageous to get attention. He mentioned the name of Raila Odinga when he was taking his oath. This was not part of the oath so he had to retake it.

At the end of the oath, he used his famous phrase ‘Tibim’ which came about during his political days in campus.

“I, Babu Owino, having been elected a Member of Parliament do swear in the name of Almighty God that I would bear true faith and allegiance to the people of Republic of Kenya and Raila Odinga that I will obey, respect uphold, preserve, protect snd defend this Constitution of the Republic of Kenya and that I would faithfully and conseciously discharged the duties of the Member of Parliament, s help me God. Thank you. Tibim!”