An obese monkey in Thailand will have to be sent to fat camp after becoming twice the normal weight of his species. The reason for his weight gain appears to be eating too much of tourist food.

The long-tailed macaque has been nicknamed ‘Uncle Fatty’. He feeds on sugary melons, milkshakes, noodles, sweetcorn and anything else brought by tourists in the Bangkok market. His belly has become enormous till concerned locals have sent reports to wildlife officials.

Uncle Fatty has been taken for a health check and ‘monkey far camp’ to get rid of his excessive weight. 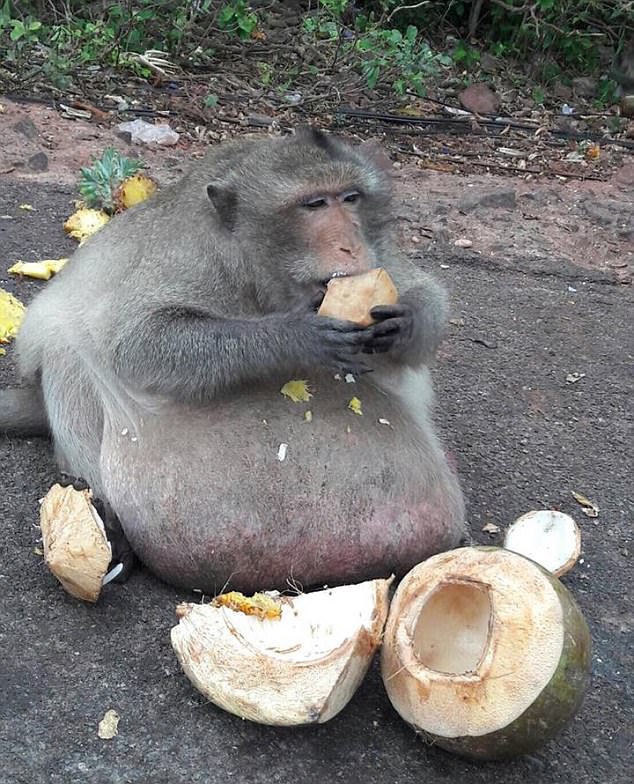 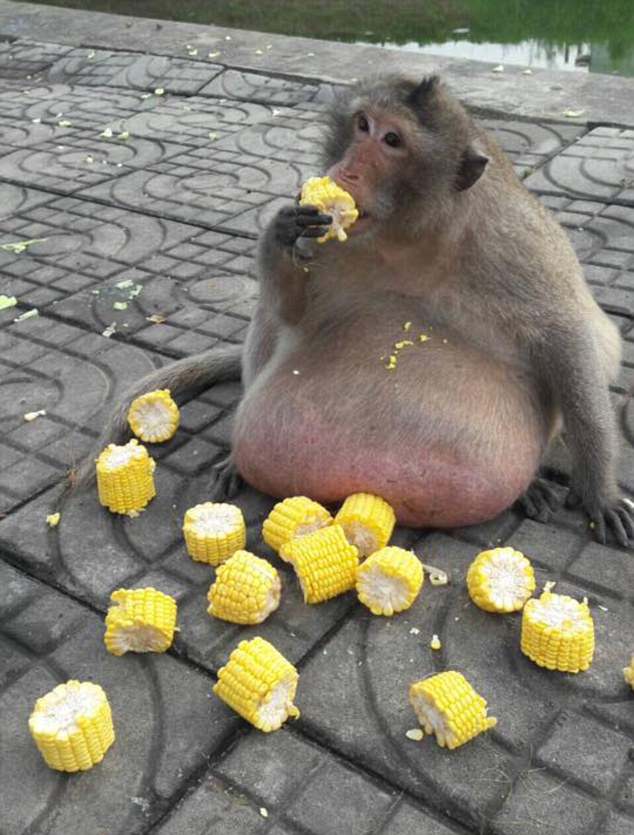 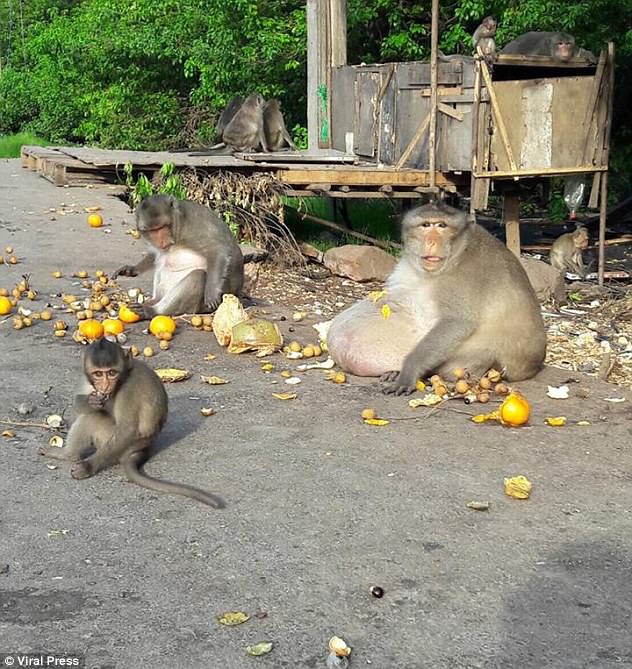 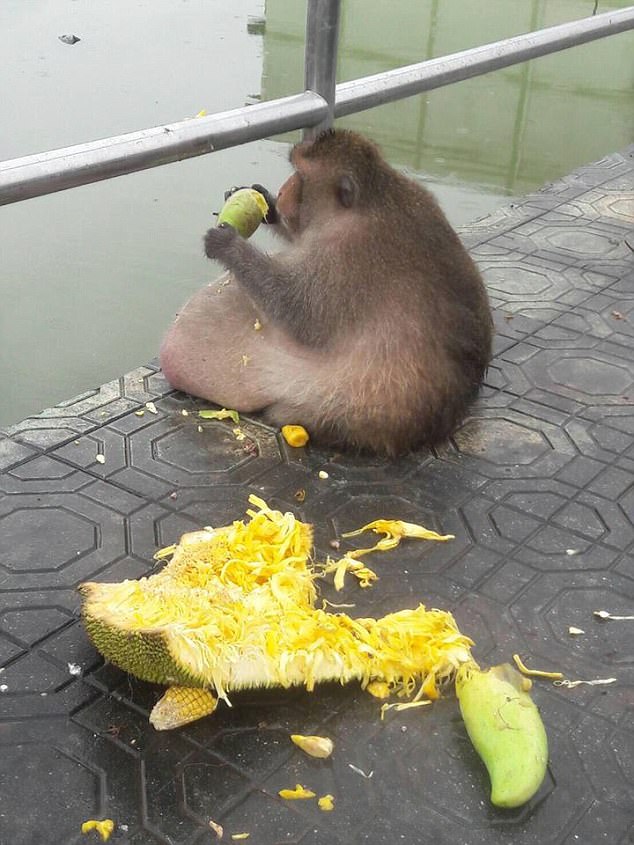 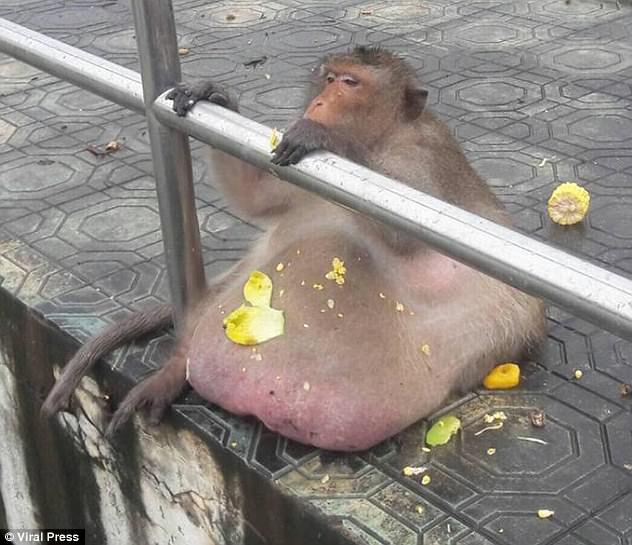 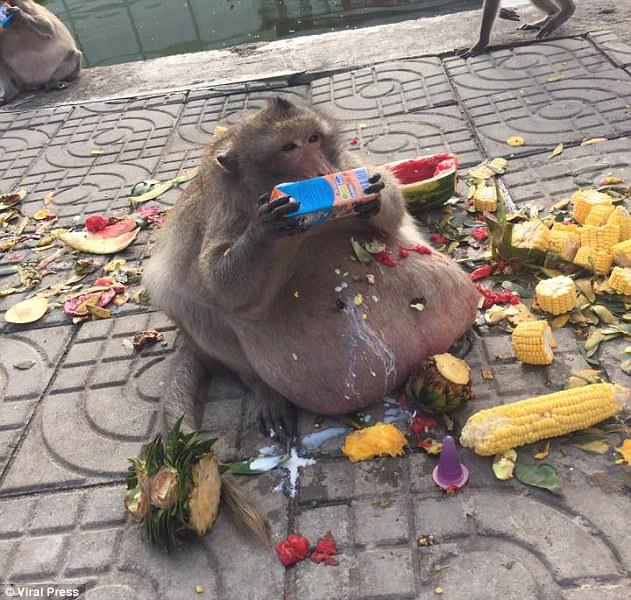 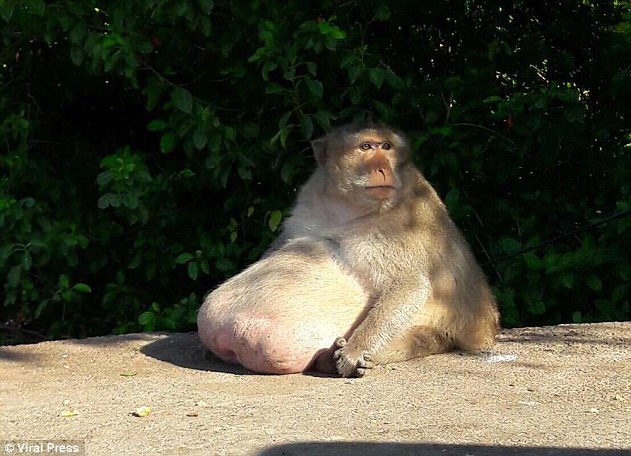 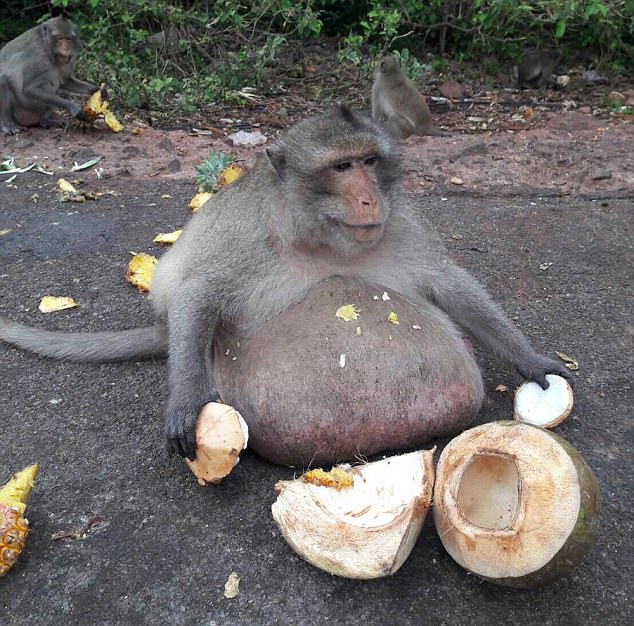