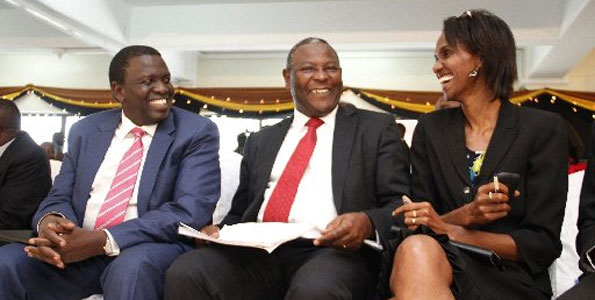 Kenya’s top retail bank Equity Bank posted a 26 percent rise in profit for the first 9 months ended September 2014. This is due to the high number of lending and fee transactions. Net profit stood at sh11.2 billion as compared to sh8.9 billion in 2012.

Equity Bank subsidiaries in Tanzania, South Sudan, Uganda and Rwanda had a combined net profit of sh1 billion which is an 80 percent rise. This would have been much higher but the fighting in South Sudan has slowed down lending in the country. South Sudan subsidiary has lent less than 20% of its deposits.

The loan book growth caused total interest income to grow by 10.5 percent to sh26 billion. Net interest margin has reduced from 12.2 percent to 10.9 percent. Customer number are at 9.2 million with a projection of over 10 million by the end of the year.

Equity Bank’s new product Equitel has signed around 200,000 customers with around 6700 SIM cards being activated daily. The marketing budget of sh2 billion has not yet been touched. The thin SIM card will be in the market before the end of the year.

Equity has already received approval to create a holding company which will oversee its operations in all various subsidiaries. The executive team will have around 20 members. This will be advantageous to reduce any cross border risks since each subsidiary will be independent from the Kenyan subsidiary and just answer to the holding company where all the shareholders will be situated.