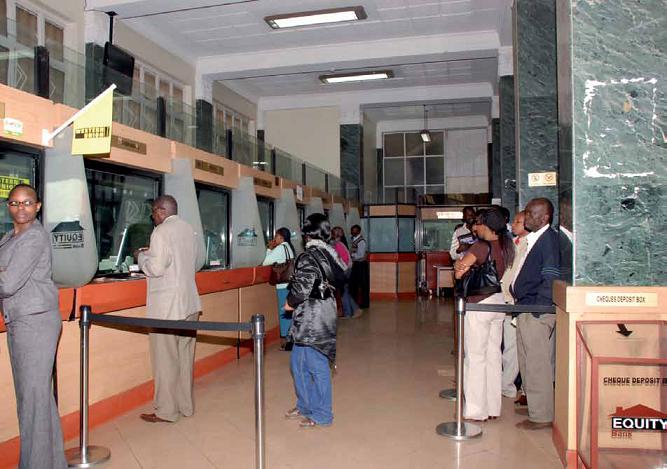 Equity bank reported a 21% growth in after tax profit during its quarter one 2014 financial performance. Profit went up from sh3.2 billion to sh3.8 billion.

Equity Bank’s subsidiary in Juba was able to account for 7.5% of the total revenue. The bank had to make a provision of sh700 million due to the violence that was in South Sudan thus had a negative impact on its revenue.

Equity Bank’s subsidiary in Uganda, Tanzania and Rwanda had their revenue contribution increased from 12.5% to 17.5%.

The falling of interest rates has been able to attract more borrowers hence it was able to grow its loan book by sh8 billion which is twice the amount it grew by in 2013.