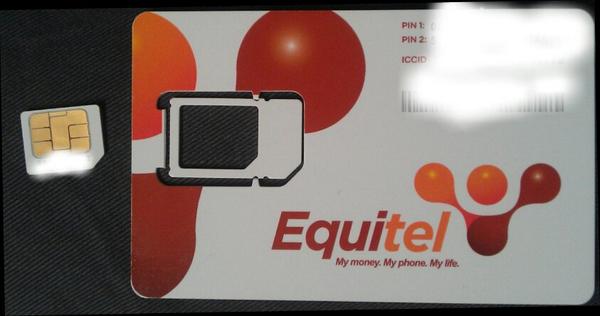 Airtel-backed MVNO Equitel has recorded over 600,000 subscribers in the last 6 months of operations. It was launched in September by Equity Bank providing its customers a channel to access their bank accounts via a secure channel.

As of March 2015, the number had hit 420,000 subscribers. So far still a small percentage of their 10 million customers have the SIM card. 70% of those with the SIM cards are actively using both mobile and financial services offered.

The new SIM card technology called the thin SIM is yet to be introduced into the market due to various court cases holding them back.