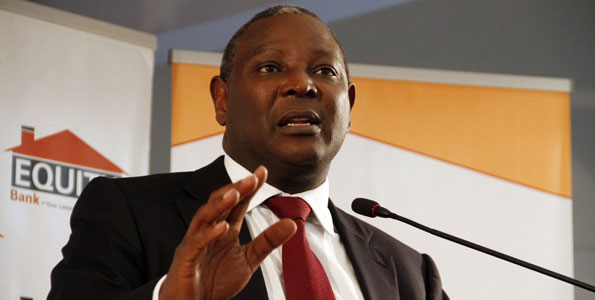 Equity Group Holdings, parent company to the famous Equity Bank, has posted a 28.3 percent growth in net profits for the year ended December 2014. Profit after tax went up from Ksh13.3 billion to Ksh17.2 billion overtaking KCB as the most profitable bank in East Africa. Customer numbers as at December 2014 were at 9.2 million and have passed 10 million in 2015 making it the biggest retail bank.

Payment processing and merchant business from the likes of Mastercard, Paypal, Equity Direct, American Express etc had a 66% growth in commissions. This was Ksh583 million from 4.6 million transactions.

Equitel and Mobile Banking also experienced tremendous growth. On of Dec 2014, 37,835,000 calls were made, 10.15 SMS were sent, 19.5 million in loans were disbursed and 5.5 transactions took place on Equitel. The number of customers grew to 400,000 with still no marketing. Eazzy24/7 subscriptions now has over 3.2 million subscribers. Equitel is expected to break even by official launch date.

Equity Group also had a Ksh1 billion gain from the sale of their shares in Housing Finance which stood at 24.7% of the company. This was not taxable. However, this was offset by the Ksh800 million incurred during restructuring.

Equity Afia is an upcoming sector where the group will invest in private hospitals and hence create a new revenue channel.