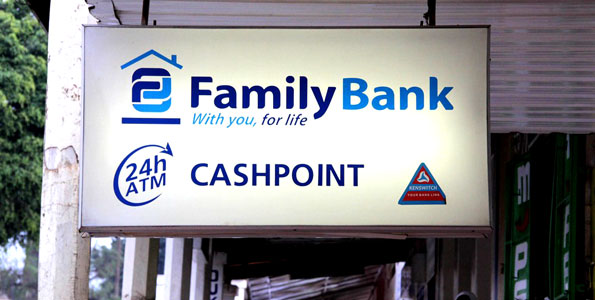 Family Bank has posted an astounding 46% rise in net profit to stand at Ksh1.81 billion for the financial year ended December 2014. Loan book grew by 36% to stand at Ksh37.9 billion while customer deposits grew by 36 percent to hit 47.2 billion from Ksh34.6 billion. Revenues were up 35% to hit Ksh9.7 billion.

The bank has been growing its number of branches all over the country with 10 new branches scheduled for this year. Last year 7 branches were opened. The main target is having 100 branches and joining the top tier banks. Funding of these was from the Ksh3 billion rights issue which was done last year.