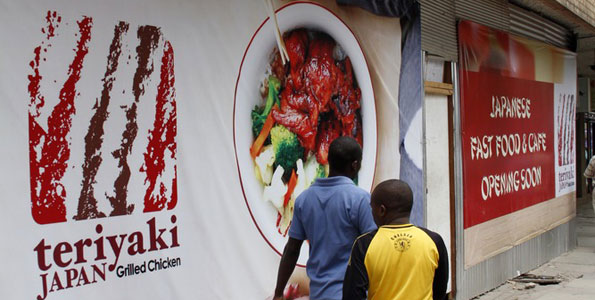 Japan based fast food restaurant called Teriyaki Japan is set to open 10 new restaurants in Nairobi to tap into the growing middle class market. It is owned by Toridoll Corporation. The restaurant is mainly known for its superb grilled chicken.

Ksh100 million was invested in the preparation of the first store which will open in February 2015 or March. 40 people will get employment in the new restaurant . The location will be on Mama Ngina Street near Corner House.

Toridoll Corp set up a subsidiary in Kenya called Toridoll Kenya Limited and it owns 90% while the rest is owned by a local company. This will oversee the company’s investments in Africa. The corporation is currently in 9 countries worldwide and they are Russia, South Korea, United Kingdom, Vietnam, Thailand, Australia, Indonesia and the United States.