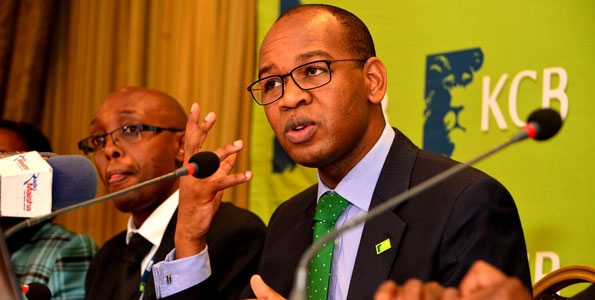 Kenya’s biggest bank in terms of assets KCB, has released its full year 2014 earnings. The bank posted a 17.4% rise in net profit for the year ended December 2014. This was mainly due to interest and other income which rose by double digit.

All the bank’s subsidiaries were profitable. Regional units has a combined net profit of Ksh969.8 million which is just 5.7% of the Ksh16.8 billion. This was also less than half the Ksh1.9 billion made in 2013.

KCB plans to expand its mobile and agent business to handle basic transactions on behalf of the bank. It also want to borrow from the international markets to fund lending to the real estate sector. It also wants to expand into new regional markets which are most likely Democratic Republic Of Congo, Somalia and Ethiopia.