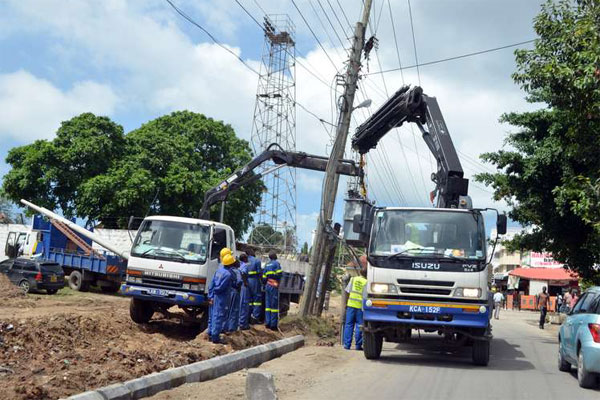 Kenya Power Company workers install a new transformer along the stadium road in Mombasa in this photo taken on 14th July 2015.
Photo by kevin odit.

Kenya Power recorded a 16.4% drop in net profit for the half year that ended in December 2015. This stood at Ksh3.7 billion as compared to Ksh4.5 billion the previous year. Customer numbers went up by 1.1 million customers to now stand at 4.1 million.

Revenue directly attributable to the utility went up by 10.8% to Ksh41.6 billion. Electricity sales in units went up by 5.6% to 3.6 billion kilowatt hours (kWh). Electricity purchases rose by 4.9% to 4.5 billion kWh. The company claims to have increased its distribution efficiency to 80.1% from 79.6%.

Dr Ben Chumo claimed the drop in profit was mainly due to rise in power purchases with addition of new power to the grid. He also said there is an ongoing power system reinforcement project which is meant to stabilize the electricity network. 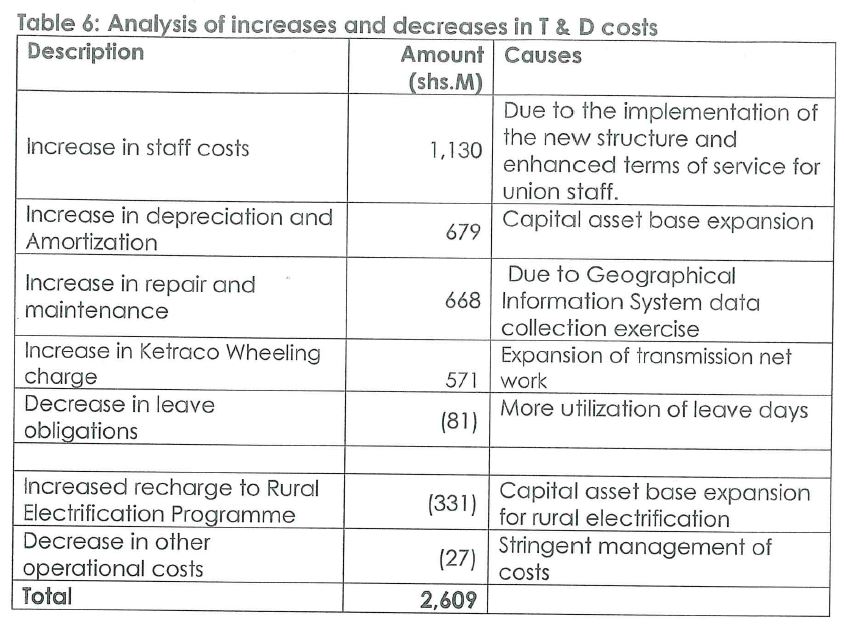 Transmission and Distribution expenditure went up by Ksh2.609 billion to stand at Ksh13.065 billion. Total operating costs remained flat at Ksh49.2 billion but items like finance costs also went up significantly. Network management cost was up 32.2% to Ksh5 billion.

An interim dividend of Ksh0.20 per share was declared.