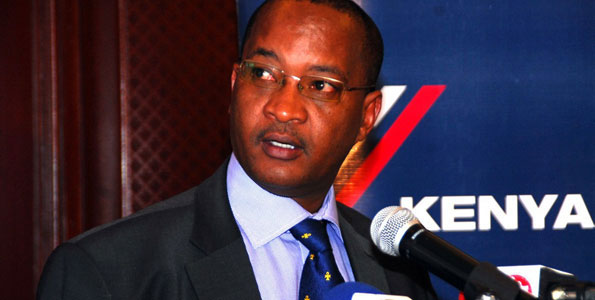 Kenya Re recorded a 20% rise in half year net profit for the year 2015 mainly due to the rise in premiums. Net profit stood at Ksh1.5 billion.

Gross written premiums grew by 26.5% to Ksh6.2 billion driven by contributions from overseas markets. These markets produced more than half of its underwriting.

Kenya Re is now building capacity and expertise in oil and gas sector and currently has a capacity of Ksh300 million per risk.

It has a Shariah compliant Re-Takaful business which has collected around Ksh100 million within the period.

Kenya Re is setting up in Zambia as it eyes the southern Africa markets. It has a subsidiary in Ivory Coast which serves the West African and Francophone markets. Currently it has presence in around 62 countries and re-insures 265 insurance companies in Africa, Middle East and Asia.  Markets abroad contribute more than 50% of the business.

Claims rose by 29% to Ksh2.1 billion. In medical insurance, insurers has to bear some of the loss when the claims exceed a certain mark which is mainly 80%. Investment income grew by 6% to Ksh1.43 billion from Ksh1.33 billion. It has Ksh8.7 billion invested in Treasury bills and bonds while Ksh6.9 billion is held in fixed deposit accounts by banks.