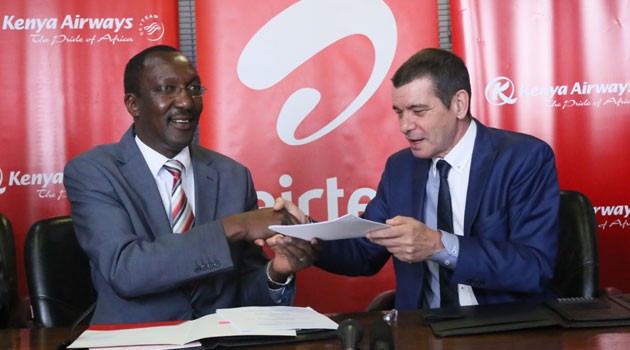 Top executives in various Kenyan companies earn quite a lot of money. Their salaries went up by as much as 38 percent within the past year mainly due to the growth of profitability of the companies.

Companies in the telecommunication and financial services in Kenya are one of the highest paying companies. Companies such as Kenya Airways, Britam, KCB and Safaricom had their total executive pay rise by up to 87 percent.

3. Mr Ciano, Uchumi Supermarkets – sh2.2 million per month which is a rise of 38.75 percent from last year.

4. Titus Naikuni and Alex Mbugua (Finance director) – They have a combined pay of sh8.5 million

5. Benson Wairegi, Britam – He is a billionaire and together with another executive had a combined pay of sh78.6 million in a year.

6. Bob Collymore and John Tombleson (CFO), Safaricom – They have a combined pay of sh211.7 million

7. Charles Ireland and Tracey Barnes (finance director) EABL – The two executives had a combined pay of sh214.8 million per year.