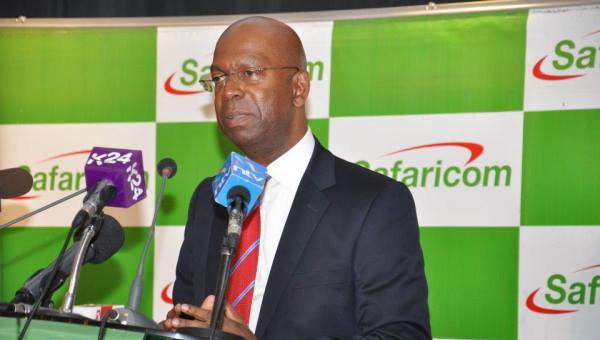 Safaricom has reported a 31 percent rise in after tax profit after recording double digit growth across all its different revenue streams. Its profit stood at sh23 billion for the year ended March 2014. During the previous period its profit was only able to hot sh17 billion.

According to CEO Bob Collymore the telecommunication giant was able to get very strong performance in voice and data. Voice revenue constituted 60 per cent of the revenue and it grew at 12 per cent to stand at sh86.3 billion. Non voice revenue which include services such as M-Pesa, data, SMS increased by 28 per cent to sh52.1 billion.

The operating cost of the company was at sh31.7 billion which is a rise by 13 per cent.

Safaricom’s future plans are to grow the numbers of active MPesa customers and get it to be the most preferred mode of electronic payment. It’s also focusing more on data by accelerating its fiber to building fixed calling and increased smartphone & 3G penetration in the country. The company is ready to provide 4G network upon availability of spectrum.