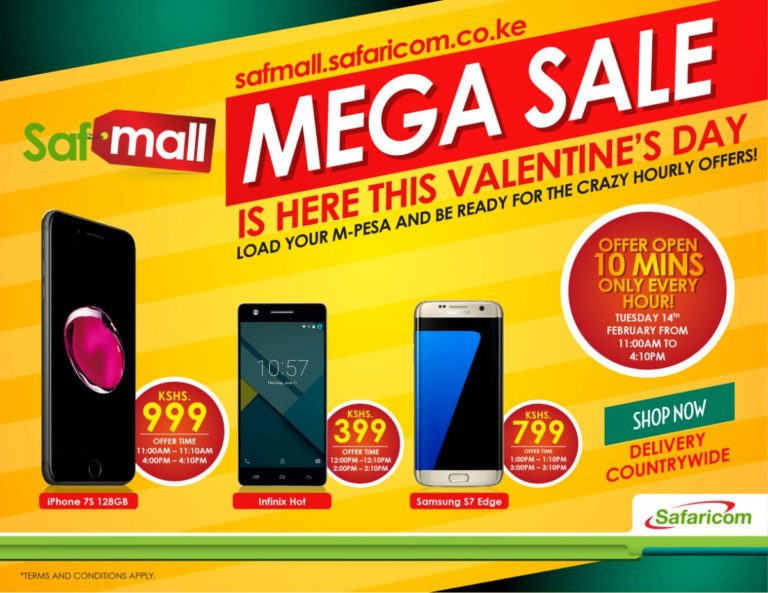 Safaricom is preparing to launch an online retail shop which would sell a number of items but mainly phones. It will be called SafMall. For a long time, the company has been selling phones but mainly through its retail shops and has grown so much trust.

The new SafMall will go into competition with the likes of Jumia and Kilimall. 60% of the sales on the two online retailers is mainly smartphones making them the main sources of revenue. Safaricom is known to working with different manufacturers to be able to get phones at highly discounted prices.

“We are currently in trials for an exciting new e-commerce proposition which is currently being piloted by staff internally ahead of rollout,”

Safaricom CEO Bob Collymore said the company wants to disrupt the status quo in other business sectors. “We don’t want to become a company for everything,” he said, “we want to become a platform for everything. And in fact, we’ve even moved on from using the word platform. We now use the word raft because platform is something which sits still. A raft is something which moves. And the world that we’re in today is moving at a particularly rapid pace.”