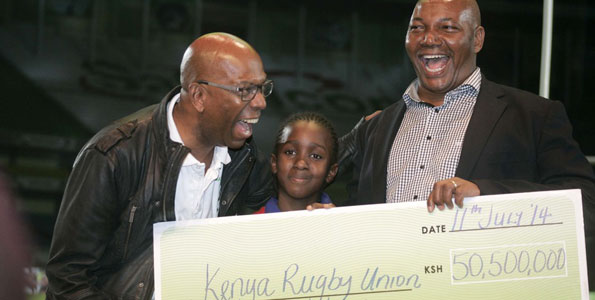 Bob Collymore has announced that Safaricom will pull out of all sponsorship deals with the three federations in Kenya in charge of rugby, athletics and football. This is a huge blow since the telecommunication giant spends millions of shillings since it is the most profitable company in Kenya.

The reason for the cut off was due to the high number of controversies and corruption in the federations. Safaricom wants them to reform first before they are associated with them. It wants them to demonstrate proper use of funds allocated to them since most of the money is either wasted or gets into somebody’s pocket.

In 2013 Safaricom had signed a deal worth Ksh140 million a year with the Kenya Rugby Union and ended up sponsoring the local Sevens circuit under the Safaricom Rugby Sevens Series banner. It poured Ksh47.5 million into athletics plus sponsored various national trials and events eg Sportsman of the Year gala which got Ksh12 million. In football, Safaricom has poured its money into a stadium, security and team welfare. This has led to a spending of around Ksh130 million of which FKF demanded 20 percent of the money.

Safaricom has decided to sponsor art and medical campaigns. This is evident in the very successful jazz festival that was held in Nairobi.