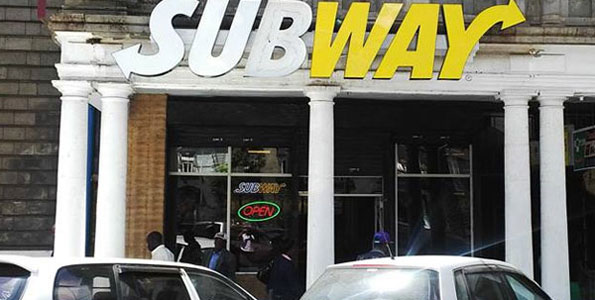 American food chain Subway ranked its Nairobi outlet as one of the best performing in Africa. So far it has two outlets, one at The Junction mall while thee other one is at Village Market in the next few months.

Subway already has various newspaper advertisements looking for lease and rental spaces of between 600 and 1000 square feet. The priority areas are Westlands, Hurlingham, Upper Hill, Lavington, along Thika Road and along Mombasa Road.

Funding for expansion is mainly from sales revenues and their own cash injection. Local bank loans have been problem due to collateral security to cover on the loans. 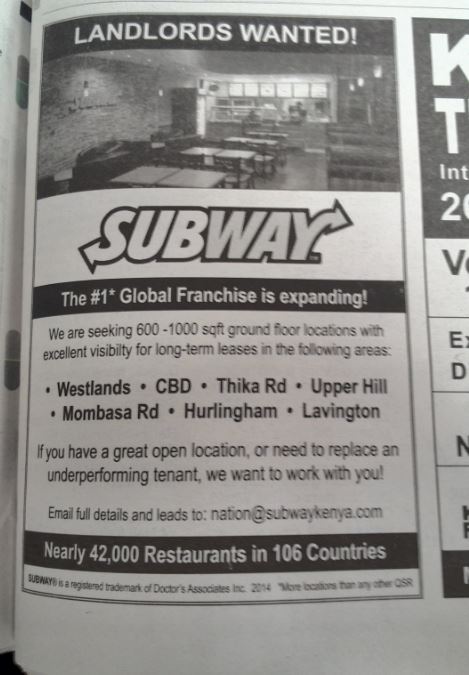