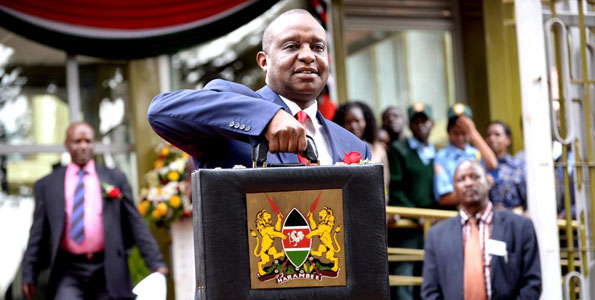 Yesterday was budget day and a couple of new taxes were proposed. We are here to break it down to you and how you will be affected by them. Here are some of them.

Remember that annoying 5% capital gains tax that arises from the sale of shares? Well it will no longer be a problem as the cabinet secretary proposed that it should be scrapped. In its place, a 0.3% withholding tax on the transaction value of the shares will be introduced. This will be much easier to implement.

Property owners have also been affected as they will now pay 12% of gross rental income as compared to the 30% of the profits. This means that they will not be able to deduct various costs such as wages, repairs, utilities and land rates on their tax bill. Even if you are making a loss, you will be charged the tax.

A sh3 per litre on petrol will be added as road maintenance levy fund increment. This means that fuel prices will go up once this budget proposal is approved. Kenyans consume around 2.8 billion litres of diesel and petrol per year hence around Ksh8.4 billion will be collected from the levy fund which will go from Ksh9 to Ksh12 per liter.

The changes introduced will make it more expensive to buy old cars. Currently the value of the car is used as the basis of taxation. Older cars have depreciated much more hence have a lower taxes on them. Depreciation is usually 10 per cent per year then insurance and freight charges are added to get the customs value. Now, older cars will be taxed at a higher rate so as to help reduce emissions from aging cars. Most second hand cars will rise above the Ksh1 million mark.

A 5% on winnings made from gambling will be introduced and a 7% tax will be charged on bookmakers’ gross betting revenues. Those prize competitions with premium costs of entry will be taxable at 15% of total gross revenue.

Sugar importers will have to dig deeper into their pockets as they will be charged duty at the rare of $460 per tonne up from $200. This is to protect local millers.

Companies which will hire at least 10 fresh graduates as interns for 6-12 months will qualify for a lower corporate tax. This is to boost employment in the private sector.

Banks cannot lend more than 25% of their core capital to a single borrower. KCB has the highest core capital of Ksh57.8 billion hence can lend a maximum of Ksh14.5 billion to one borrower. This is still little to finance various large projects such as mining and road construction.