Everyone has their favorites and decided opinions when it comes to airports. There is partially and personal bias that contributes to the decision, but then so is personal preference and requirements criteria. Therefore, there is just not worth asking someone, “So, which is the best airport in the world?” for what’s sauce for the goose is not essentially sauce for the gander and every other geese for that matter!

In my opinion, I somewhat disagree with the 10 best airports that you are about to see here. I am sure I can come up with another equally fabulous list, especially when it comes to a aesthetics and beauty, but I am not going to argue with Skytrax, an agency that looks at over 39 different evaluation factors to come up with the yearly Skytrax World Air Awards.

The world’s most prestigious awards for the airport industry are presented by Skytrax. The service quality and product factors from the airport over 160 countries are judged from passenger surveys. The awards are famous for their fairly and independence from alliances, and are thought often to be the world’s airport quality benchmark. The airports that were featured in the 2014 awards, were announced by Skytrax in a ceremony that happened in Barcelona, Spain on 26th March 2014. The opinions of a staggering 12.85 million customer nominations, across 110 air traveler nationalities came up with the results. These 10 caught our attention, from 410 airports worldwide. 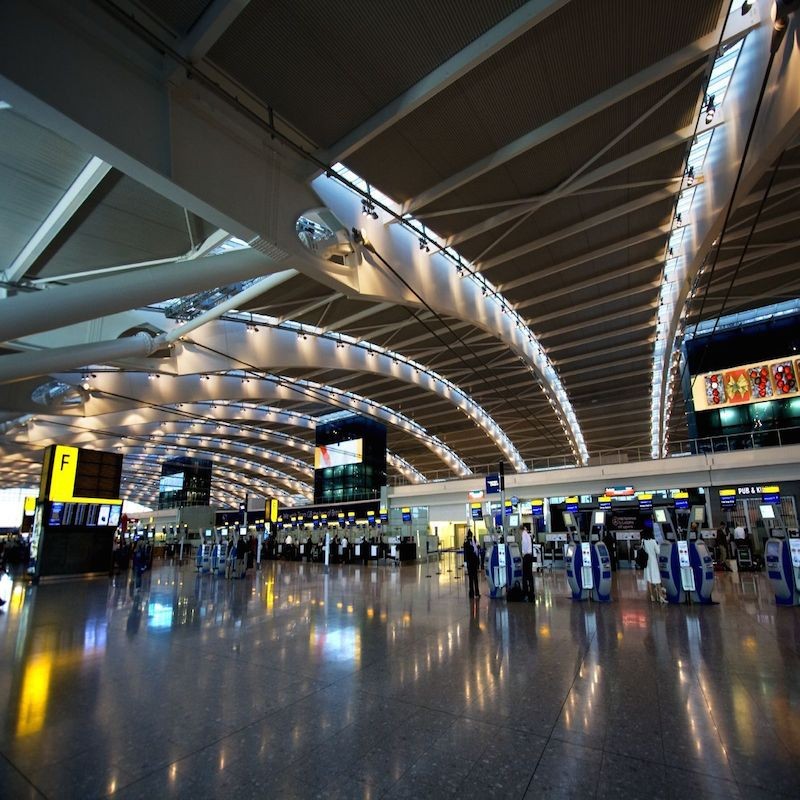 London’s Heathrow International is the third busiest airports in the world, with 69.4 million passengers coming yearly. The traveller seem to love the airport just fine, but quite a few Londoners think that the airport is too overcrowded. You must already know the call of the shops if you have ever been to this airport, for the shops attract each and every one with ‘come hither, come hither’ looks. It comes to no surprise then that Heathrow’s ranking was boosted by its best shopping experience, apart from the T5 terminal addition as the best terminal. Also, travelers rate this airport high on flight information services, public transport accessibility and security staff services. 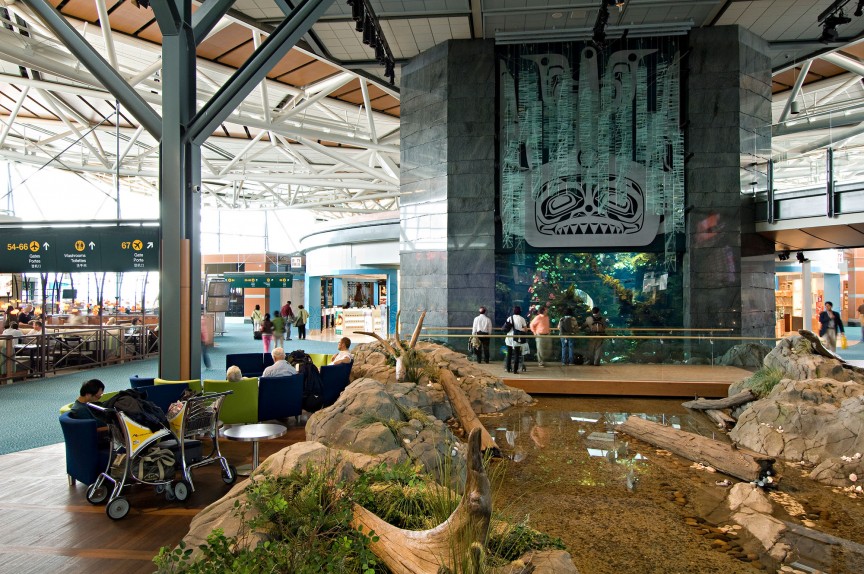 Vancouver International airport has been shining as the best airport in North America for the fifth time in a row. It came 9th in this list of world rankings. The airport caters for over 17 million travellers annually and handles over 258,000 landing and take-offs per year, making it the second busiest airport in Canada. Vancouver airport was expanded and revamped in 2013, which cost around $1.4 billion. The airport has a large collection of Pacific Northwest native arts for travelers to enjoy, and you can’t begin imagining how many photos get taken here for Facebook updates! Apart from the airport ranking on facilities, ease of travel and visual appeal, the staff makes the airport experience extraordinary. Volunteers, also known as green coat ambassadors, work determinedly here, to ensure that air passengers get all the help they may need at airports. 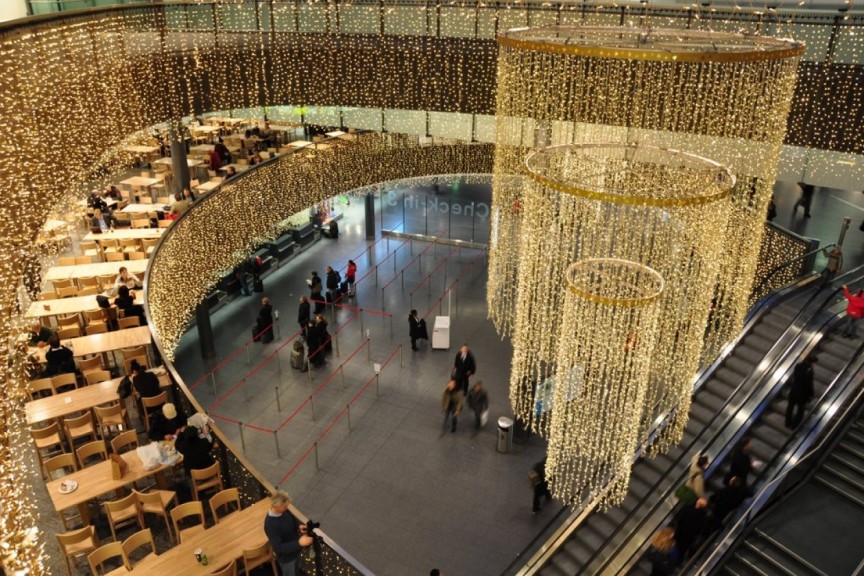 The largest international airport in Switzerland, Zurich airport gets at least 24.8 million passengers yearly. In 2003, Zurich was expanded by adding a new terminal and an underground train that is automated, called the Skymetro. This airport is popular with traveller because of dining facilities, airport security processing services and smooth immigration. In my opinion, the mix of interesting “other” facilities makes it one of a kind. An example could be that I find particularly amusing that they have showers for travelers in transit (or otherwise). They even give you a towel, shower gel, shampoo, body lotion and a hair dryer for just CHF 15. That’s pretty cool right? If that is not enough, the airport even has a porter service where your luggage is sorted until your last destination. 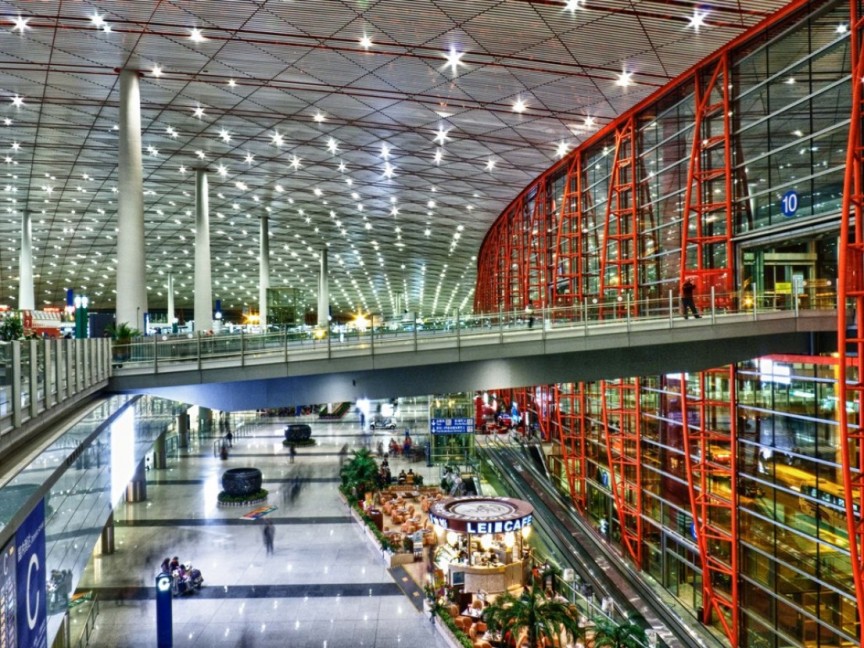 Also known as China Gateway, Beijing Capital International Airport is one of the largest and busiest hubs in the world; and it is also one of the best according to these awards. Each year, around 78.7 passengers end up here. It comes to no surprise that the city wants to build a supplementary airport, considering that it is the second busiest airport in the world. China Gateway did well in the best airport hotel and best new terminal categories. Travelers might have been astounded with the various facilities found in the airport for easy travelling. Apart from the usual banks, arms and currency exchange kiosks, they have an hourly lounge and children’s play area, and a post office. 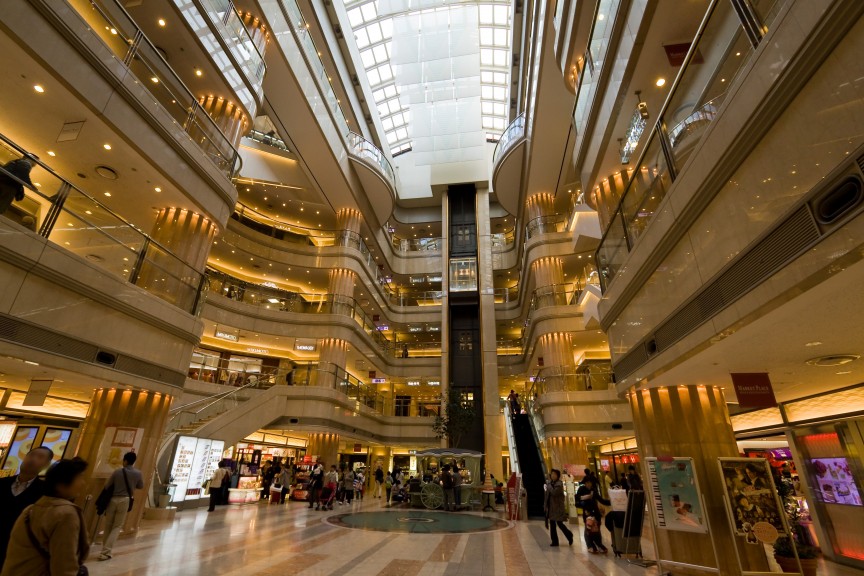 The Tokyo International Airport Haneda serves about 62.6 million travellers yearly and it is one of Tokyo’s primary airports. The airport opened a third terminal for international passengers in 2010, and therefore, increased the capacity to about 90 million annual passengers. There is still more construction to be done however, since the airport plans to add a terminal expansion of about 8 new gates, another hotel and additional parking. The attraction of this airport lies in its duty-free and otherwise shopping areas and restaurants. Apart from that, the airport also won in the best domestic airport category and was appreciated in its cleanliness and security processes. 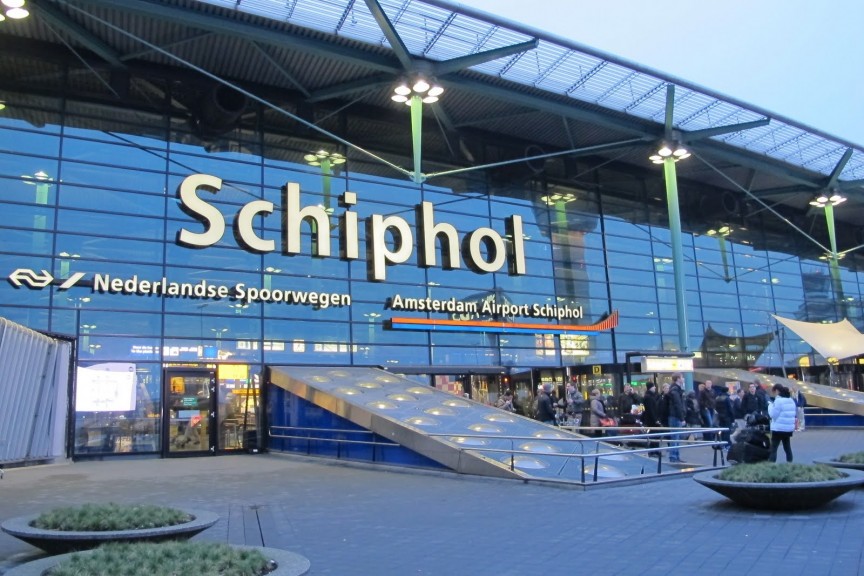 The Schiphol airport, Amsterdam’s main international airport, has won a lot of awards across different categories in the last 30 years. It has been regularly celebrated by both passengers and airline agencies. With an 49.8 million passengers coming to the airport yearly, and with its military airfield addition, the airport is considered as one of the busiest. Passengers that are waiting here can play poker in the casino, enjoy a great book at the library or even get a relaxing massage, which makes waiting here a ball for most passengers. I for one, would not mind getting stuck here, The Terminal style! Apart from that, the airport is highly in excellent dining, shopping categories and leisure facilities. 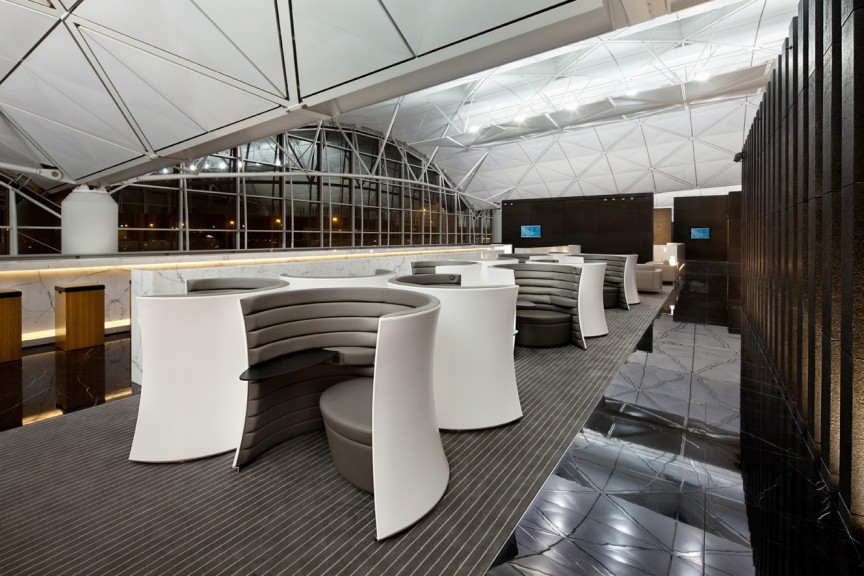 This airport features high in this best airports list, in spite of being just a ‘two terminal and two runways’ facilities. Although Hong Kong International Airport is falling short in largess, they offer 100 airlines with connectivity, and serves to the needs of over 53.5 million travellers yearly! Apart from that, it is not one of the busiest airports in the world, which is no surprise considering that half the world’s flying population is just 5.5 hours away! This airports takes passengers breath away through dining, shopping, baggage delivery and cleanliness area. You can even play golf if you have a long transit here. They have a 9-hole golf course right at your disposal! 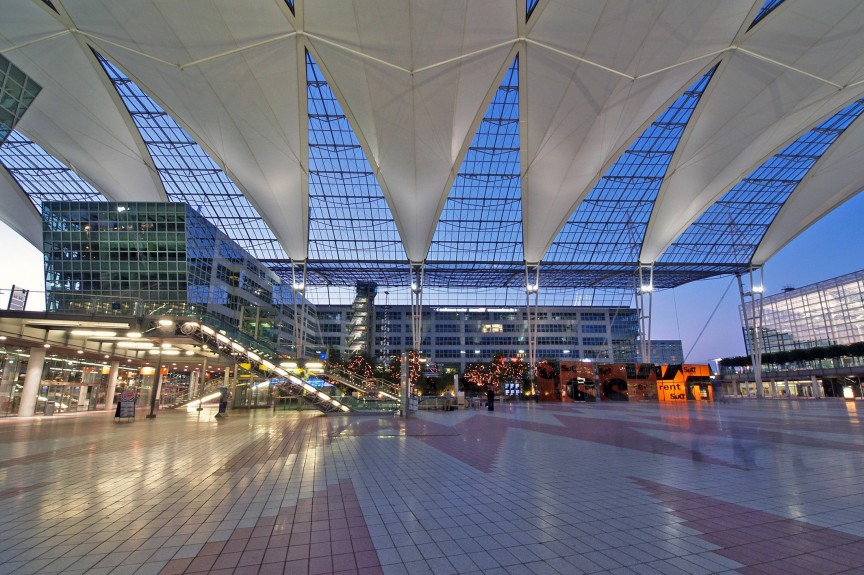 With an annual 37.8 million passengers coming in every year, Munich International Airport is Germany’s second busiest airport. They have beautiful and aesthetically pleasing terminals and walkways. Through using a lot of glass in the structure, designers of the airport made sure that its areas appear larger and there is a lot of natural light filtering through. Although the airport is really praised for its shopping and dining options, it has some excellent leisure activities like arcade and you can play in a casino too. Another interesting thing about the airport is the visitors viewing facilities at the airport, whereby visitors can enjoy the ‘viewing hill’ and the ‘viewing park’ where 3 historic air crafts, known by the Super Constellation, Junkers Ju 52/3m and Douglas DC-3, are on display. 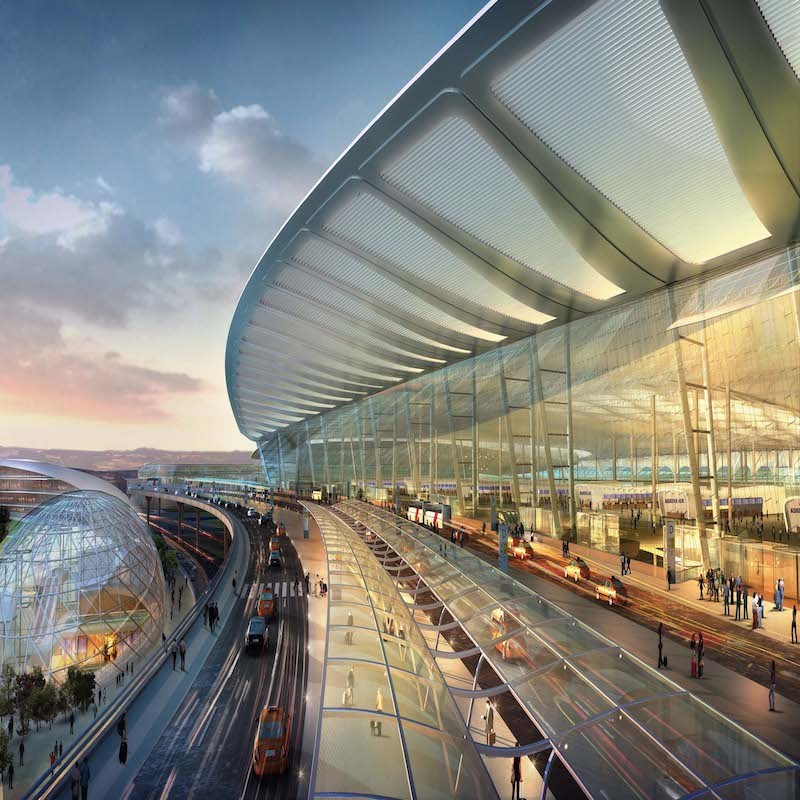 Coming in at second on Skytrax list is the South Korea’s Incheon International Airport. This is South Korea’s largest airport and has about 39.2 million passengers yearly, and serves more than 70 airlines! Incheon International Airport has the honor of holding one of the only three five star ratings that Skytrax has given to airports all over the world. Even from 2005 till 2012, the Airports Council International sees the airport for being the top ranking airport for those consecutive years. Not only is the airport a favourite because of its sopping facilities, rest areas, cleanliness, food joints and internet access, but it also shines in its cultural facilities. The airport has an in-house museum that displays local cultural artifacts and highlights Korean culture. Now isn’t that something unique or what? 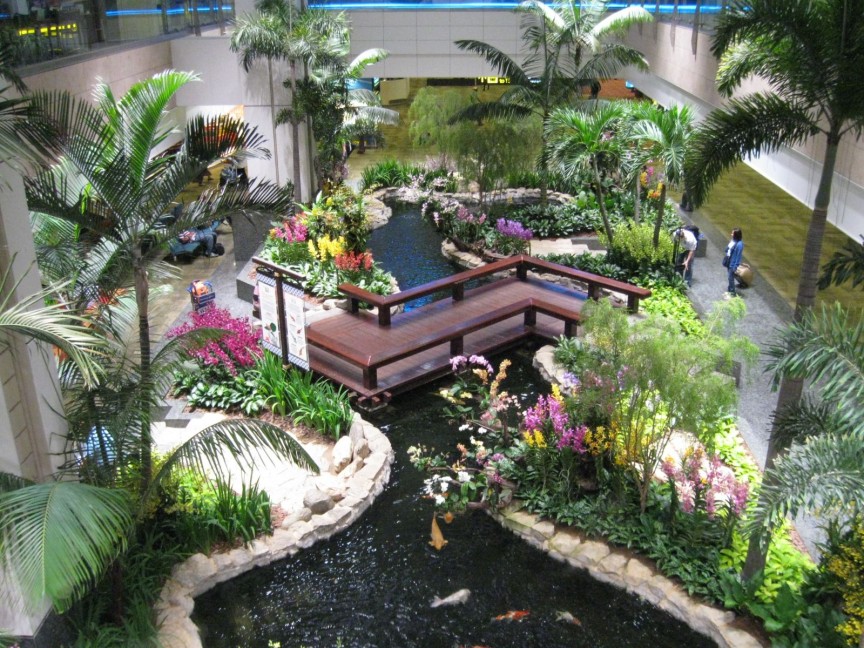 Singapore’s Changi International airport has been seen as the best airport in the world by Skytrax for the second time in a row. It also boasts for its awards for the best leisure amenities. This airport opened in 2008 its T3 terminal, and amazed the world with its ‘we are green’ concepts. The terminal is lit with skylights, reducing artificial lighting use during the stay, and it also has an indoor garden that has over 200 varieties of foliage! Apart from that, T3 has a 4-story slide for those who dare to take it; and there is a movie theatre to for the movie inclined passengers. If you are in transit, you can take a round in the indoor butterfly garden and spoil yourself in the 130 odd shopping and dining facilities available! The airport is singularly made to reduce your stress levels and it is definitely one airport where you would rather not mind any long layovers.
All passenger figures in this article are courtesy of the Airports Council International.