Look, it is without a doubt that the environmentalism is a philosophy that if we want to survive, we need to adopt them. We cannot keep on pumping out unknown tons of noxious gases into the air and expect the Earth to just take it well like a good ol’ sport. It’s not feasible, as we start to realize in the middle of the last century. Therefore, currently a lot of industrialized areas are doing their part to fight climate change through instituting widespread recycling and compost programs, tax credits to reducing carbon footprints, and slowly but surely moving their culture towards one that demonizes excessive pollution and general environmental carelessness, and valorizes green living.
With all of that said, even the greenest of eco warriors get anxious when you talk about taking away the automobile. For people dwelling in deep urban areas, car ownership is not required and it is therefore seen as a luxury. For the rest of the population who reside in rural and suburban environments, the key to their whole life is their car. Without a car, they simply would not be able to fulfill most of the things they do in their daily lives. We have made our cities and infrastructure around the car, and if you like it or not, we are hopelessly tied into it for the foreseeable future.
That isn’t all bad however. Electric cars are rising, and if we can change our infrastructure to take care of their widespread adoption we should be good. The hype behind electric car is however, not just because of technology; the companies that spearhead that creativity have a shot of being the first movers in an totally revamped auto industry. The rise of electric cars is driven by profit, like most stuff. Tesla looks at itself as the world’s leading car brands when consumers leave combustion cars altogether. It is an purposeful strategy, and if they desire to reshape that industry they are in for a lot of competition. The car industry has large amounts of money, and listed below are ten brands of the richest of the rich, the companies that hold the most valuable brands according to consumers and experts. 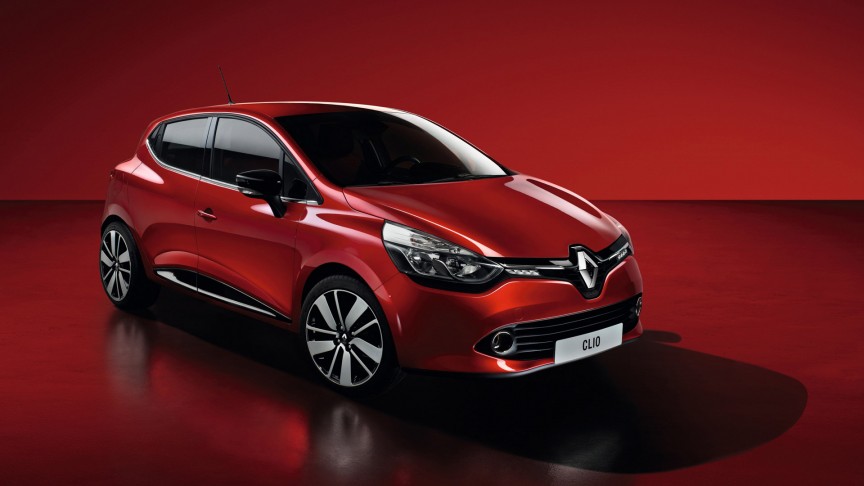 Since 1899, the French auto manufacturer Renault has been around, and it is one of the famous french multinationals over the globe. The mainly make cars for the European market, however, they have grown into other areas over the globe like Asia and the Middle East. They have a joint alliance with Nissan set up and own 43.4% of the Japanese manufacturer, who also own 15% of Renault. The company sold around 2.6 million vehicles to customers around the planet, in 2013. $9.01 billion is the value of the company’s brand. 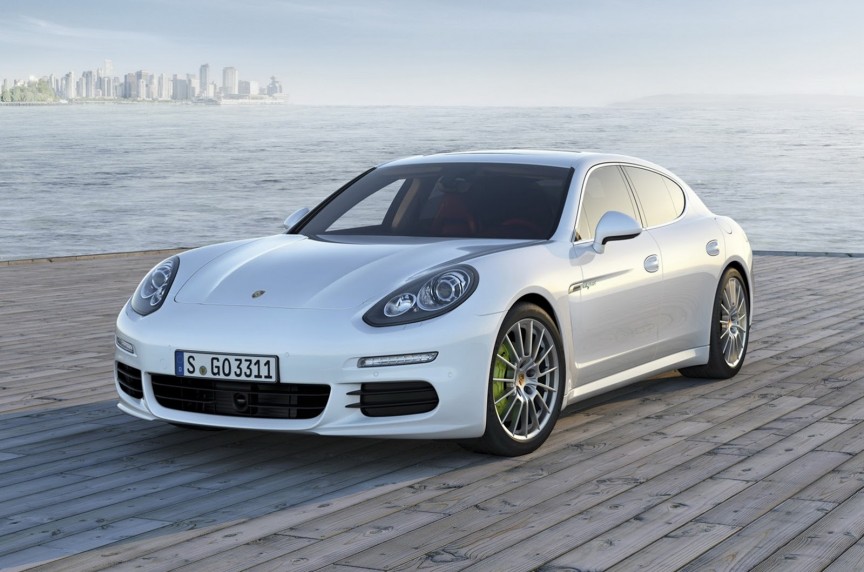 No introduction is needed for the German auto manufacturer for fans of high-end sports cars. Created in 1931, Porsche became famous over the globe after getting involved in motor racing and building the brand’s value. The company is situated in Stuttgart, germany, they same city it was made 80 years ago. They are famous for their 911, Spyder, Boxster, Cayenne and Panamera consumer models. They are also the most successful car brand in the history of motorsport with a recorded 28,000 victories. As of 2014, $11.37 billion is the value of the car brand. 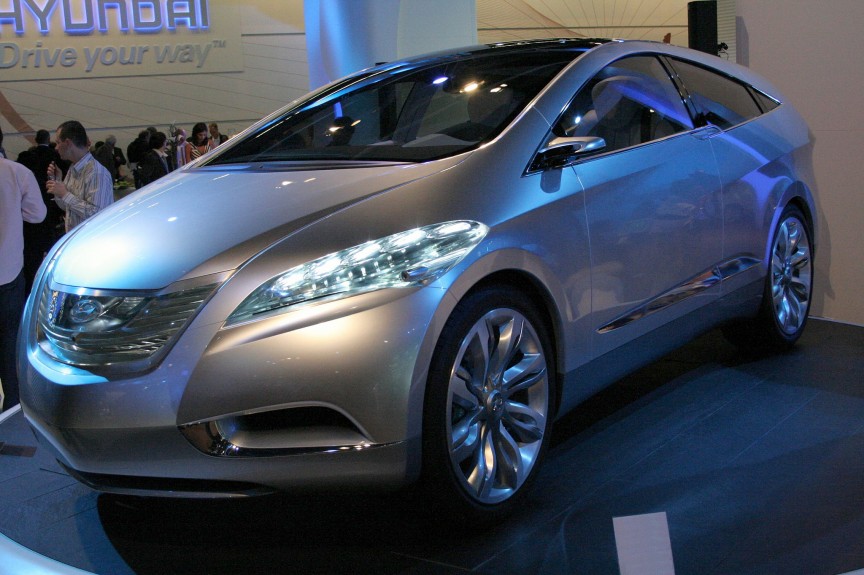 One of the few companies that drive the entire South Korean company is the Hyundai. Along with the Samsung, the Hyundai have practically single handedly created the international presence of South Korea. First created in 1947 as an engineering firm, the company changed 2 decades later in 1967. Seoul are its headquarters, as they were when the company was made, and Hyundai is now the 4th largest manufacturer in the planet. 32.8% of Kia motors is owned by them, and last year produced 4,721,156 automobiles for the worldwide market. The value of the brand itself is $18.83 billion. 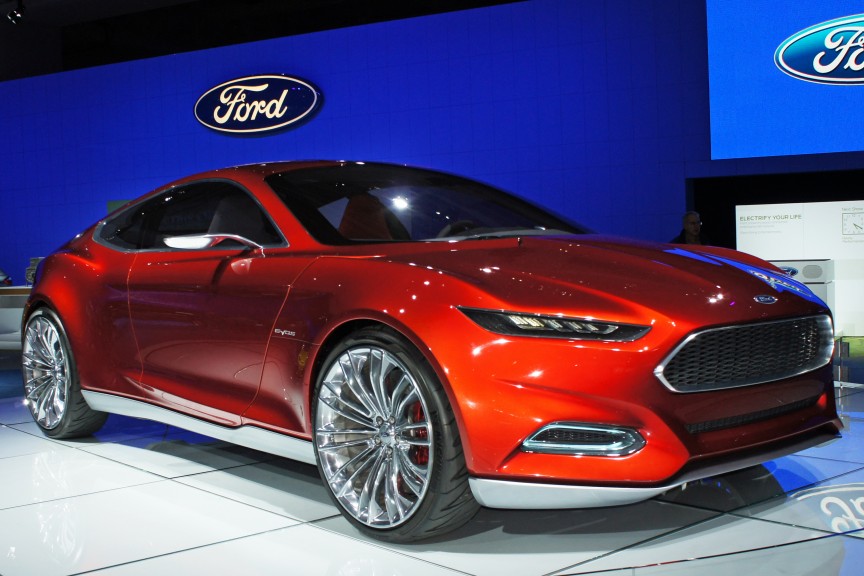 The most famous of the American auto manufacturers is the Ford Motors, as it was the driving force (see what I did there?) of the industry in the early stages of the 20th century in the United States. The automobile production process was practically pioneered by Henry Ford by using his specialized assembly line process that mainly dealt with the division of labor for maximum efficiency to be achieved. Now the company is the 5th largest auto manufacturer in the planet and has a really strong brand value of $20.24 billion. The company is situated in Dearborn, Michigan, and has operations all over the globe (even though its primary focus remains in the North American market). 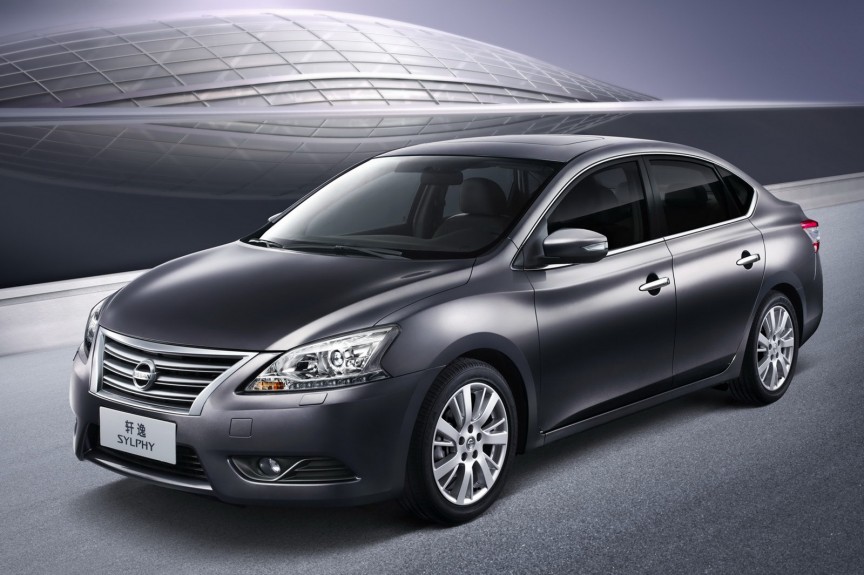 Coming in at number 6 is the Japanese auto manufacturer with $21.19 billion being its brand value. As it was mentioned before, Renault and Nissan have a strategic alliance involving cross-ownership, with Renault owning more of Nissan than the other way around. Interestingly, the Renault brand has a much lower valuation than the NIssan, most likely because the Nissan has a stronger international presence. Nissan is the 6th largest auto manufacturer in the planet, and is based in Yokohama, Japan. 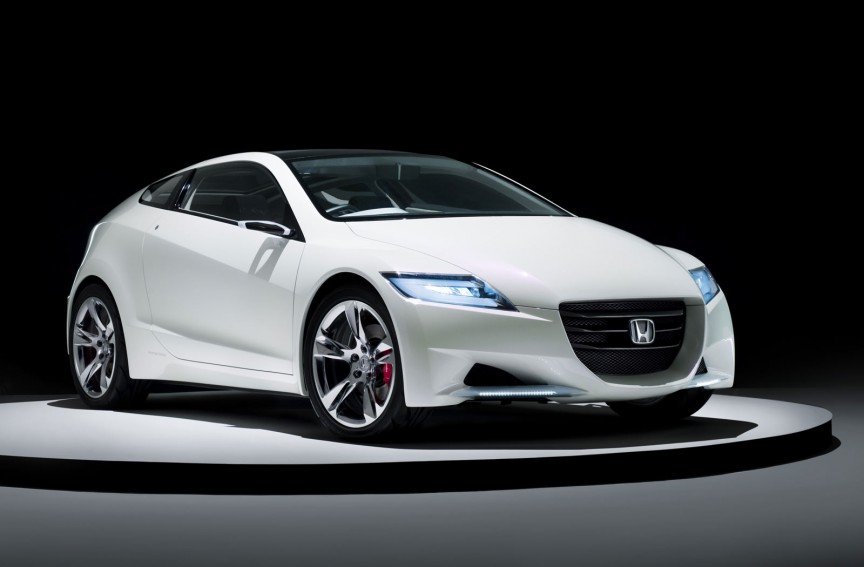 Another example of Japanese supremacy in the global auto market is the Honda. With Tokyo, Japan being where it is situated in, Honda is the 7th largest auto manufacturer in the planet if we look at production, but if we look at value, it is 5th, with a valuation of $22.15 billion. Honda has explored several other groups beyond cars, like engines, aircrafts, robots, motorcycles, solar cells, and ATVs. To add to that, it owns the Acura line of high-end luxury cars, which it uses to face against Toyota’s Lexus and European high-end brand cars like the Mercedes-Benz and BMW. 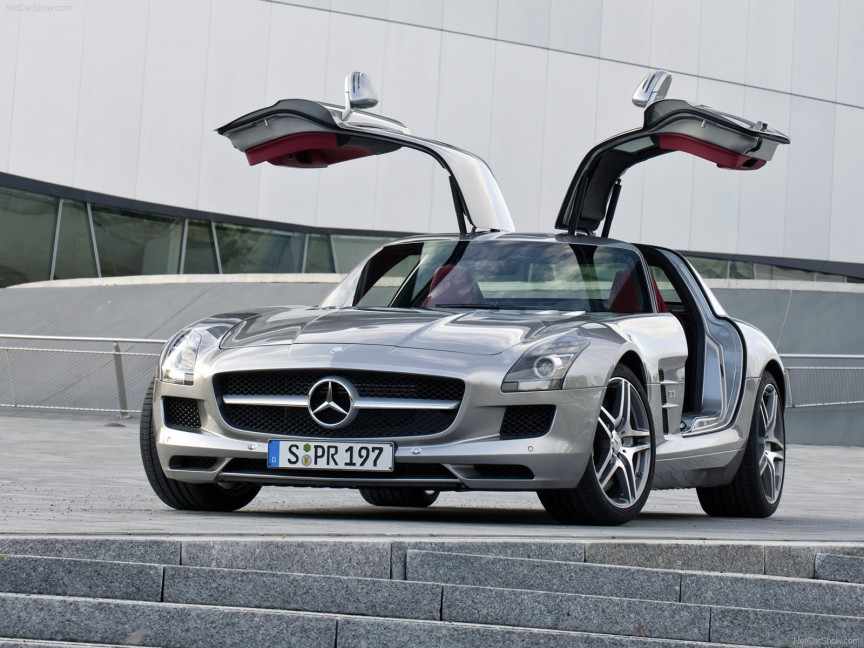 Mercedes-Benz, as if on cue, come in on our list as number 4 with a brand valuation of $24.17 billion – which will be no surprise to a lot of people. Luxury brands normally have much higher profit margins than cars that are marketed for consumption by the masses. Daimler AG, German manufacturer, is the owner of the Mercedes-Benz brand which is the 13h biggest car manufacturer around the globe. Daimler AG is situated in Stuttgart, Germany, and the crown jewel of its empire is the Mercedes-Benz. 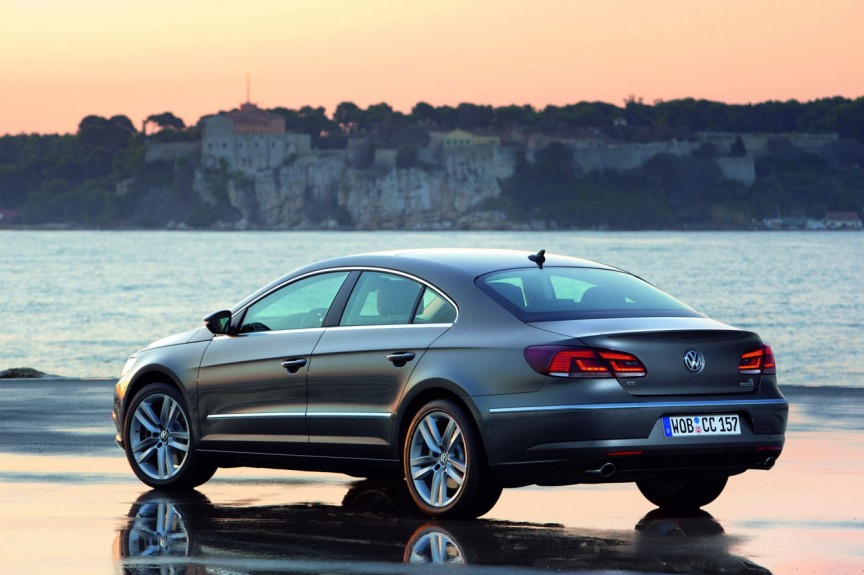 One of the most recognizable car brands in the world is the Volkswagen, with a large presence all over North America and Europe, adding to the Asian market. With 8,576,964 as its production output, Volkswagen is the 3rd biggest manufacturer in the entire globe if we look at volume. The familiar Volkswagen brand is valued at $27.06 billion alone. They are mainly famous for their signature Golf, Jetta and Passat consumer models, but also own a controlling stake in the Audi brand. The company is situated in Wolfsburg, Germany, and since 1937, it has been in operation. 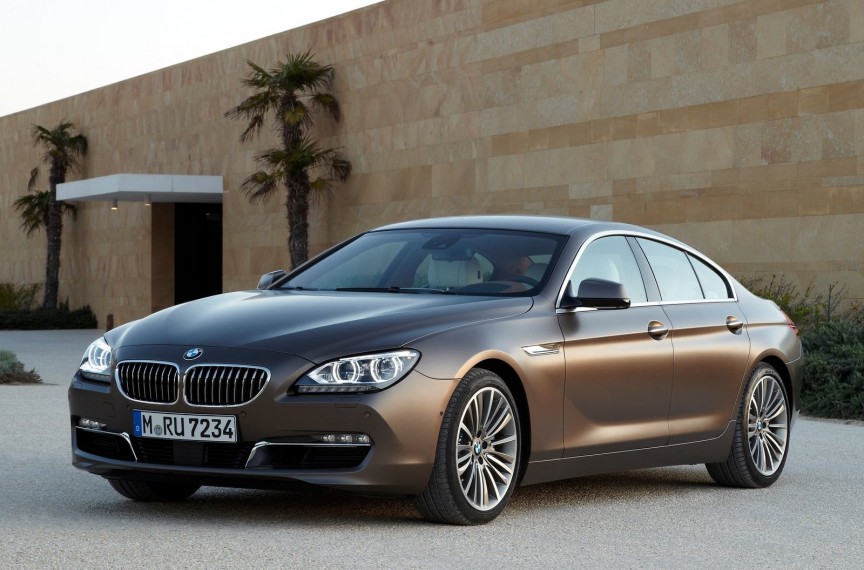 The most valuable German automobile brand in the planet is the BMW, with $28.96 billion as its overall valuation. The company is situated in Munich, Germany, and was made in 1916. It is the owner of the Roll Royce brand, makes motorcycles, and also has a large presence in motorsport including Formula One. BMW is the 14th biggest auto manufacturer in the planet if we look at volume, with 2,056,216 cards made last year. The BMW brand is synonymous with luxury and high-end automobiles virtually all over the globe, a factor that has aided the German manufacturer become one of the most recognized and craved car brands on the planet. 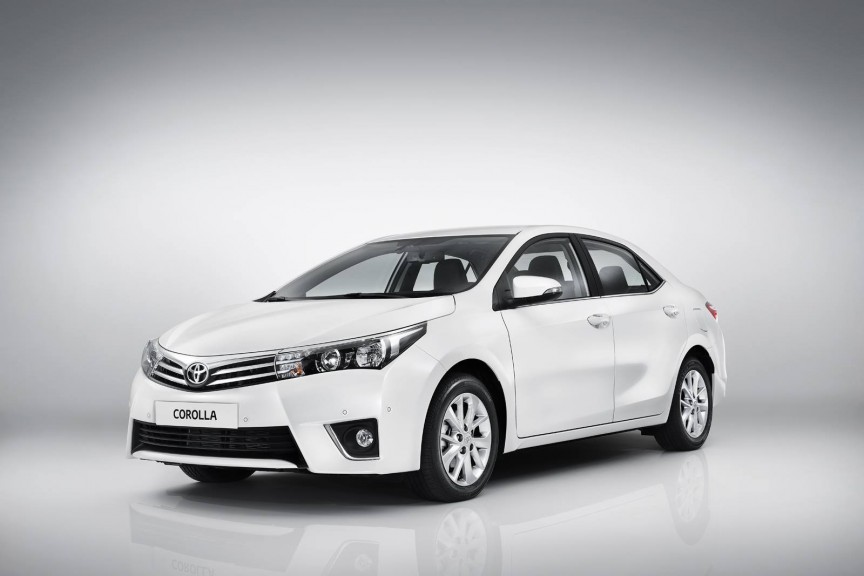 The obvious global leader in auto manufacturing is the Toyota. Through its own Toyota brand, the Scion brand, and the Lexus brand, the Japanese company has got into business across all demographics of the automobile market. Apart form that, it produces commercial vehicles under the Hino brand, and soon they will be making electric cars under its new Ranz brand. With $34.9 as its brand valuation, the most valuable car brand in the globe is Toyota. Too add to that, it is first in terms of production volume, having made 8,381,968 cars in 2013, about 2 million more than the runner-up G.M. Over the last couple of years Toyota has strengthened its dominance on the global auto market from where it is situated in Toyota City, where the name of the company comes from, and shows no signs of stopping anytime soon.