Modern science has enabled man to transfer what we see in the ocean into a glass box hence we can have the beautiful things in the ocean on land.

Aquariums instantly make a room beautiful without a doubt. Some people have decided to go a step further away from the normal box like shapes for aquariums into some really crazy designs. 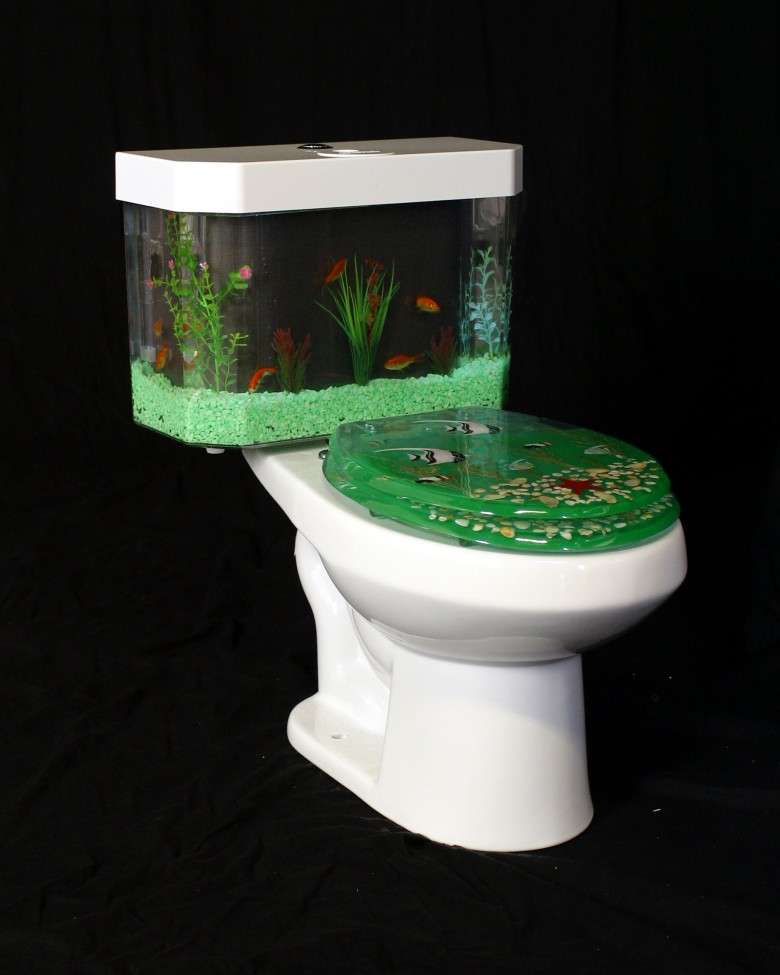 This idea came about when some engineers were working on fixing a tank overflow using a clear tank and one of them thought of how cool it would be to have a fish in the tank. That is where the work began.

This was created by Russian artist Anotoly Konenko who was obsessed with tiny things. He hold the Guiness World Record for publishing the world’s smallest book. He does everything by hand and he used these steady hands to come up with the smallest functioning aquarium with a dimension of 30mm X 24mm X 14mm. Only Zebra fish and Pandaka Pygmea can fit in. 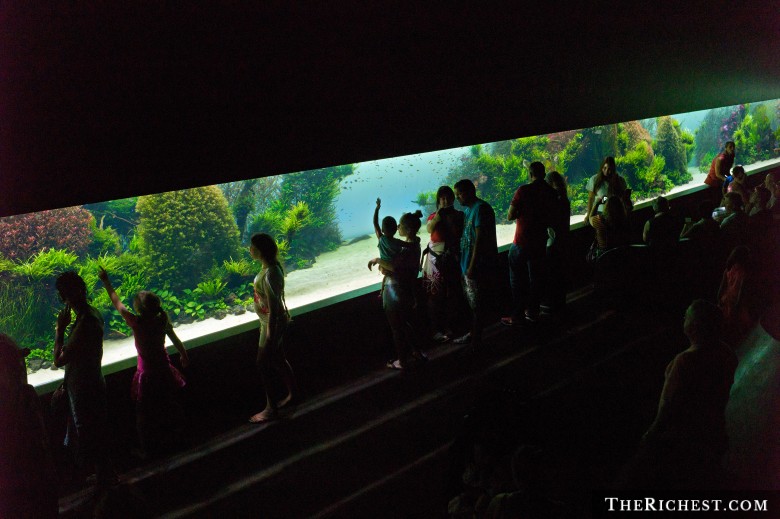 Japanese Takashi Amano created the world’s largest nature aquarium which measured 40m with a U shape design. He spent one and half years creating the idea of the project. 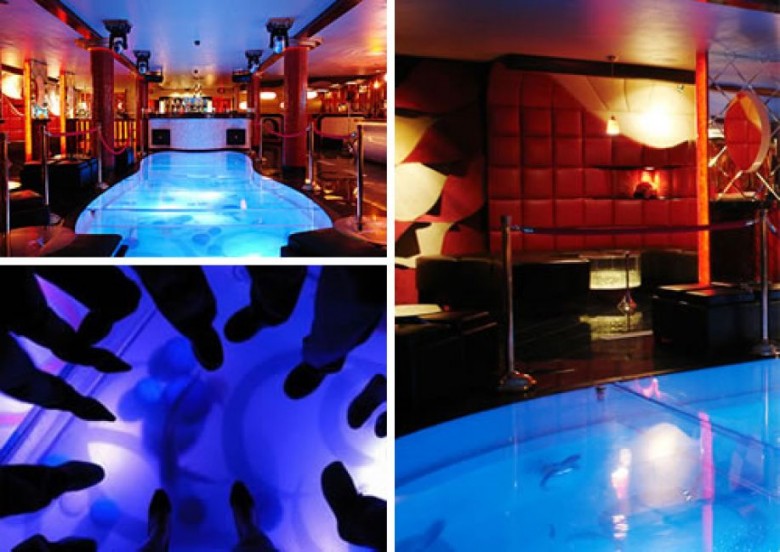 QUA Bottle Lounge is located in Austin Texas plus it had a 20,000 gallon aquarium filled with sharks and sting rays. The place is pricey due to the high upkeep needed for the meat loving fish.  The aquarium doubles as the dance floor since it has 4 layers of 3 inch acrylic panels stacked on top of each other. 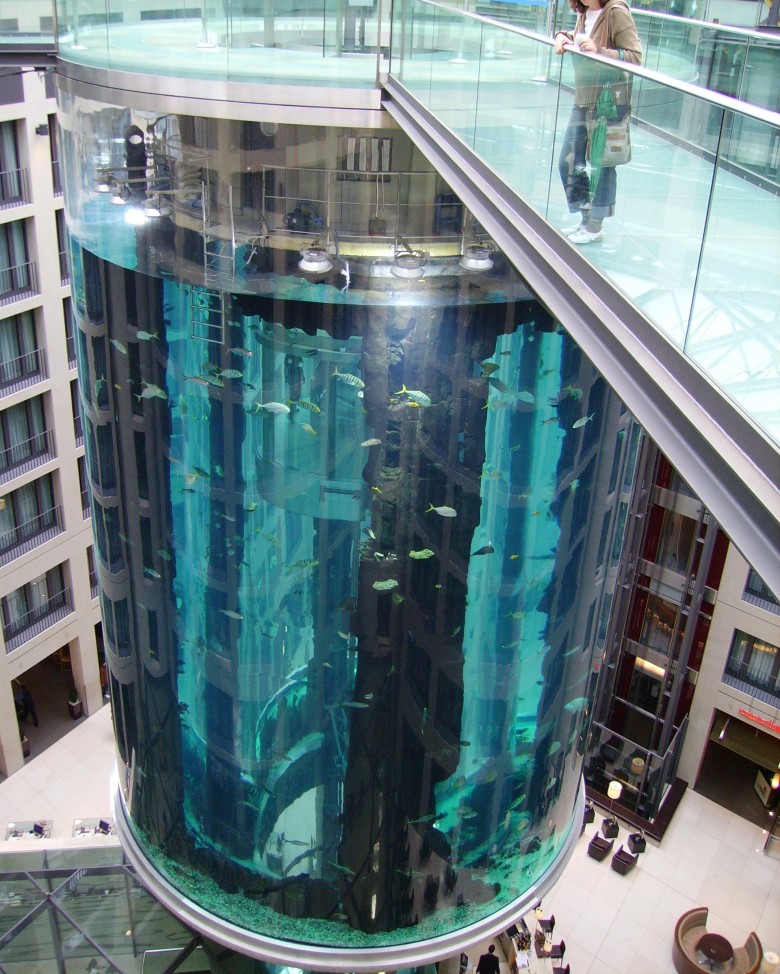 The Aquadom is located in the Radisson Blu Hotel in Berlin, Germany and is currently the world largest free standing aquarium. It is around 82 feet tall and holds 1 million litres of salt water. Around 1500 tropical fish live here. 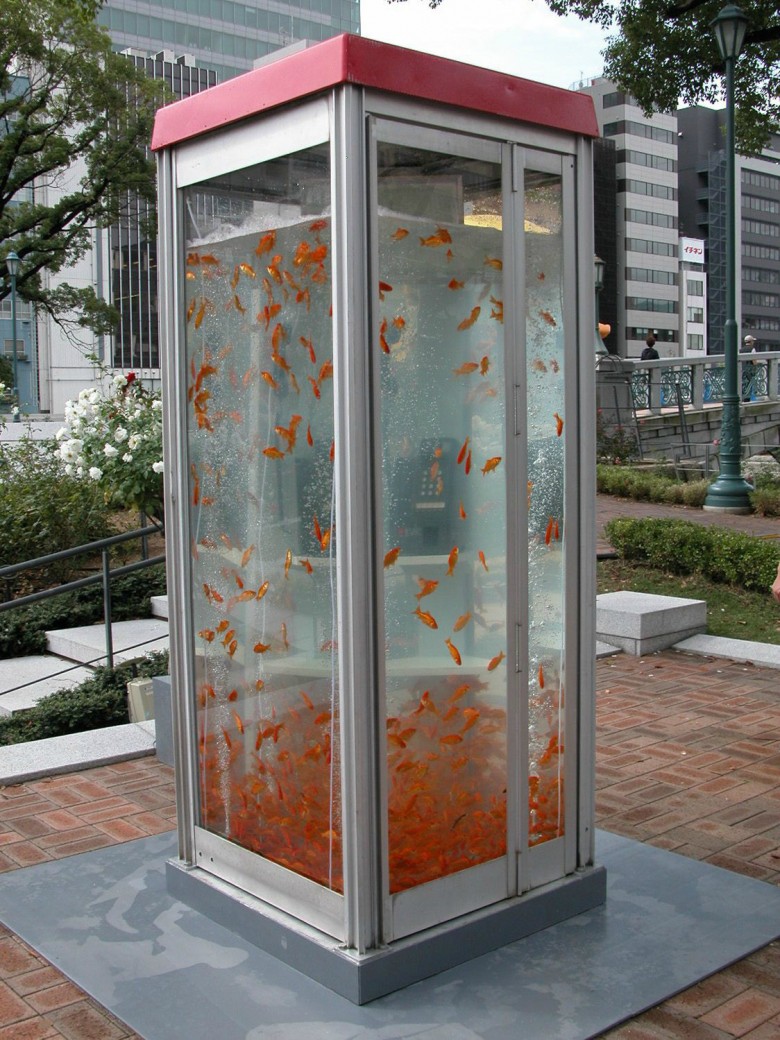 You can find these in France, Belgium, Mauritius and Japan. Since phone booths got overtaken by technology, European artists turned them into public art. 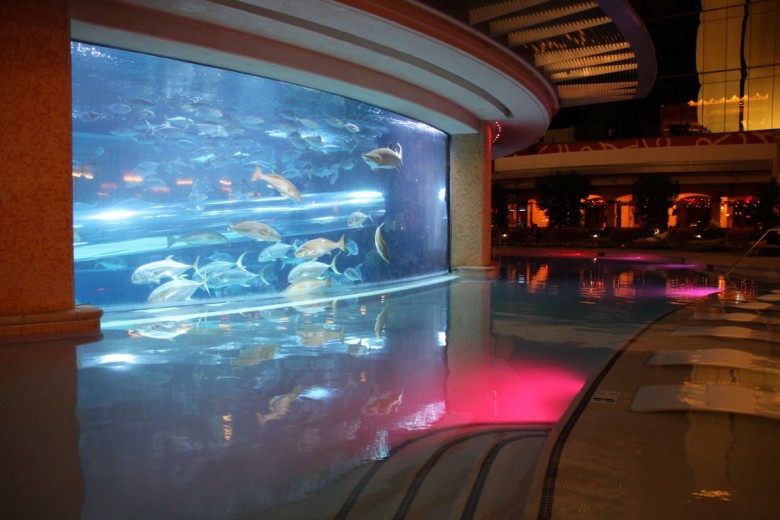 This one is located in Las Vegas and it has a 3 story high water slide that goes through a large aquarium filled with five different species of sharks brown sharks, sandtiger sharks, nurse sharks, zebra shark and Pacific blacktips. The slide is encased in a glass so you wont really get into the water. 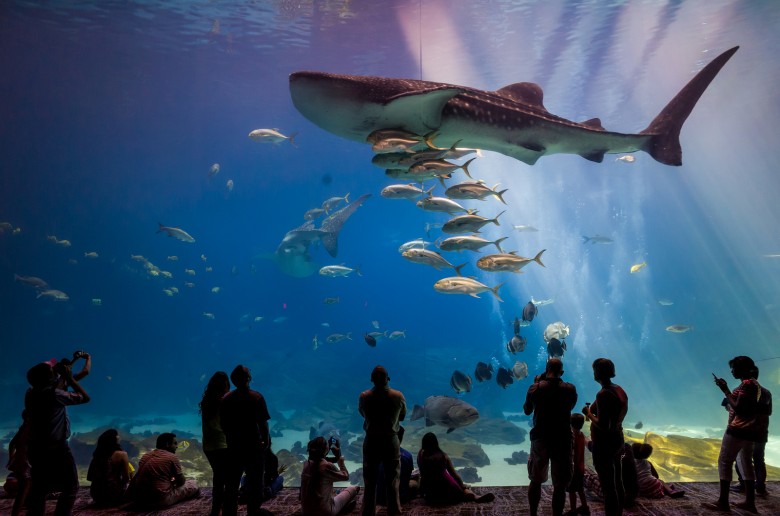 Located in Atlanta Georgie and its so big that it can house 4 adult whale sharks making it one of the largest in the world. 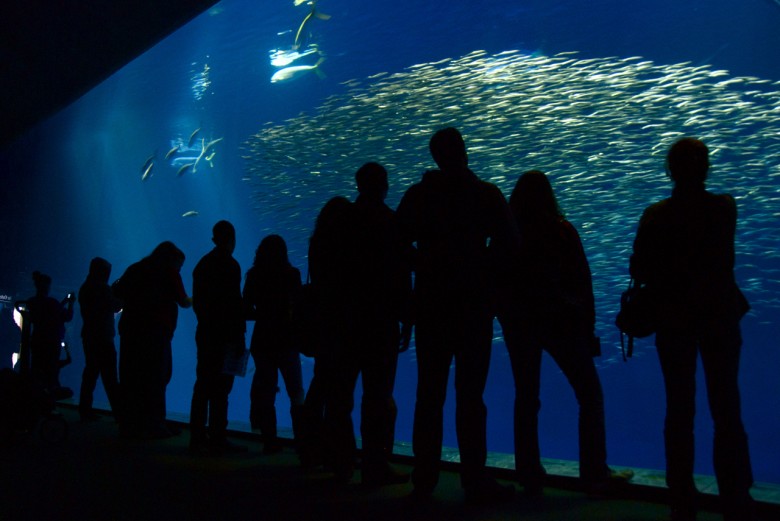 This hosts great white sharks, one of the most dangerous creatures in the ocean. 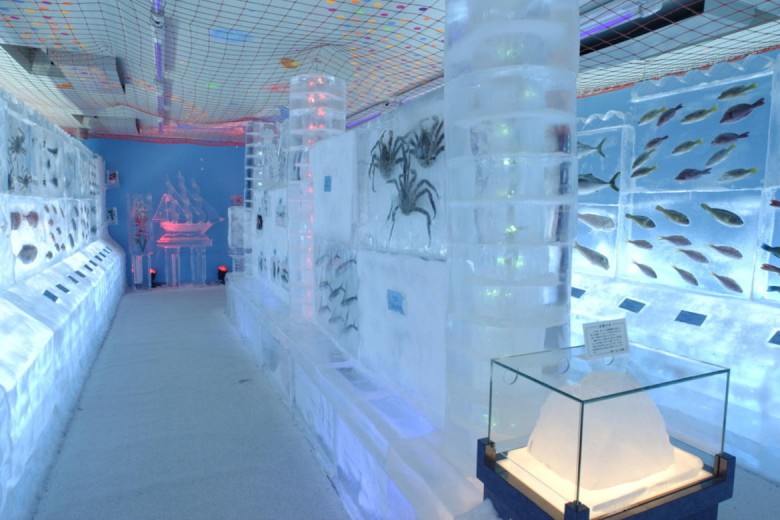 Japan holds the title for the craziest aquarium in the world. It’s a large walk in the warehouse that is filled with ice blocks stacked together. Each ice blocks has a preserves sea creature inside it. So basically you get to see a bunch of dead animals in ice.