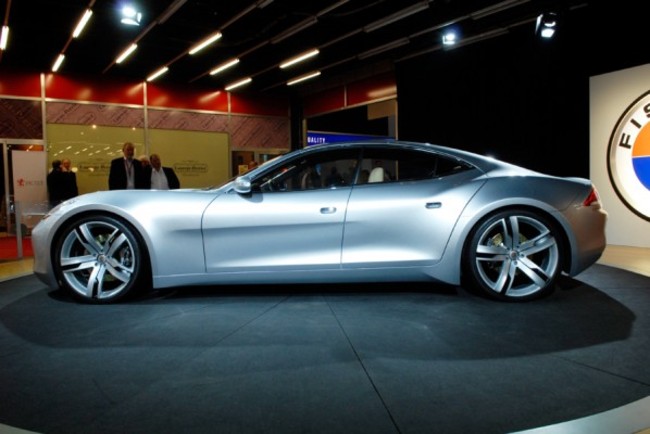 As more and more people become more aware of the environment and rising fuel costs, many drivers are turning towards eco-friendly and fuel efficient vehicles to reduce the impact on mother earth and their wallets. For a while, fuel efficient hybrid cars were boxy and small, and could not handle long trips. A lot of people also feared – some to this day – that a car with an electric motor would break down if it was not charged in every certain number of hours, which did not happen.

As we have developed technology, hybrid electric cars have pretty much been perfected, even some of them trample over traditional combustion engine vehicles as fast as road vehicles are concerned in terms of performance. A certain company that manufactures hybrid vehicles specifically called Newbie automaker Tesla Motors has seen noteworthy jumps in their stocks since 2012. Their objective is to bring the technology to a point where hybrid electric vehicles are just as affordable as a Dodge Neon to a working man. Till that time comes, even the low end hybrid vehicles are a little expensive and high end cars go as high as $1.5 million. Now let us look at our list of the 10 most expensive high-end hybrid electric vehicles. 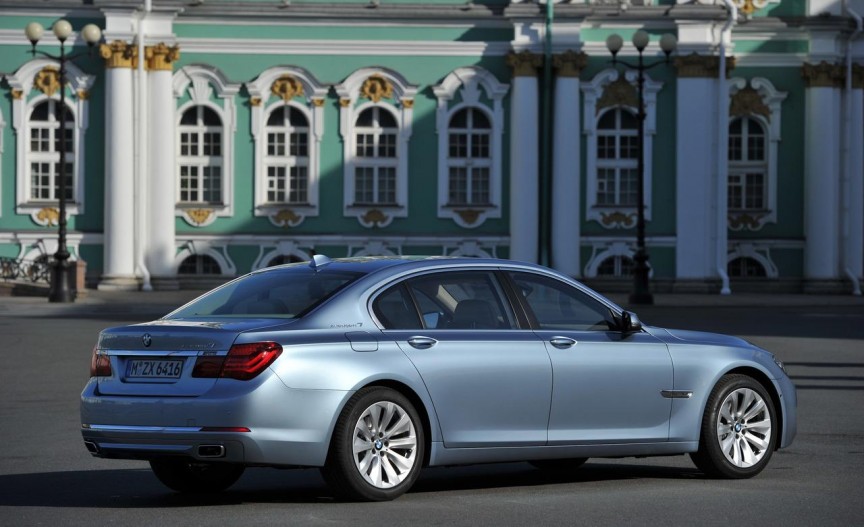 This later 7 Series BMW is the largest luxury full-size sedan sold by the BMW. A lot of its specs and price point are the same as the earlier model, however, this car has the ability to save more on gas with a diesel engine option and an extra option of six, eight, or twelve cylinder engines. It also shows off an updated iDrive infotainment system that lets the driver use the entertainment options which still keeping their eyes on the road. The 2015 model is going for a more elegant design by having changed body-types. 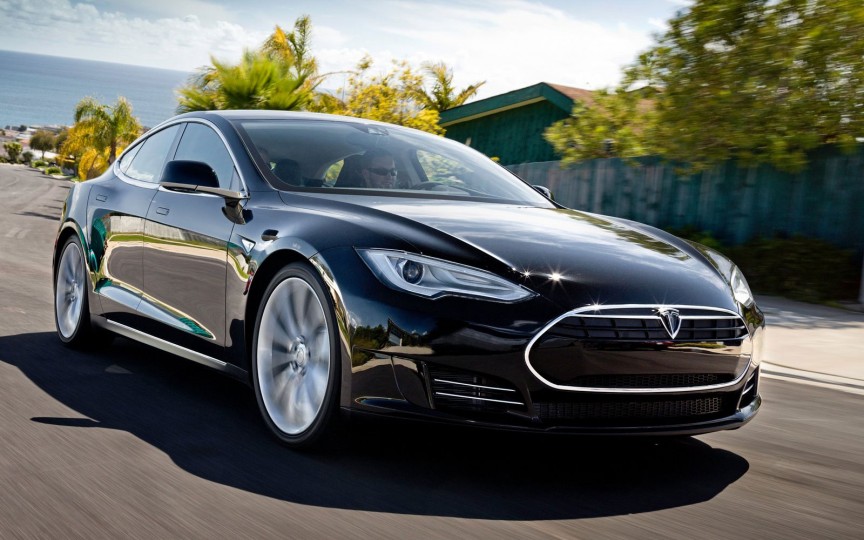 This car from the fairly new Tesla Motors is an impressive vehicle, together with the roadster, for the rising company to showcase as they go against the well known motor companies. This sedan gets 94 MPG in the city and 97 MPG on the highway and hits 416 horsepower. This model S performance vehicle also includes a high performance drive inverter, stylish Tesla Red brake calipers, a carbon fiber spoiler, an Alcantara headliner, and a 85 kWh battery. 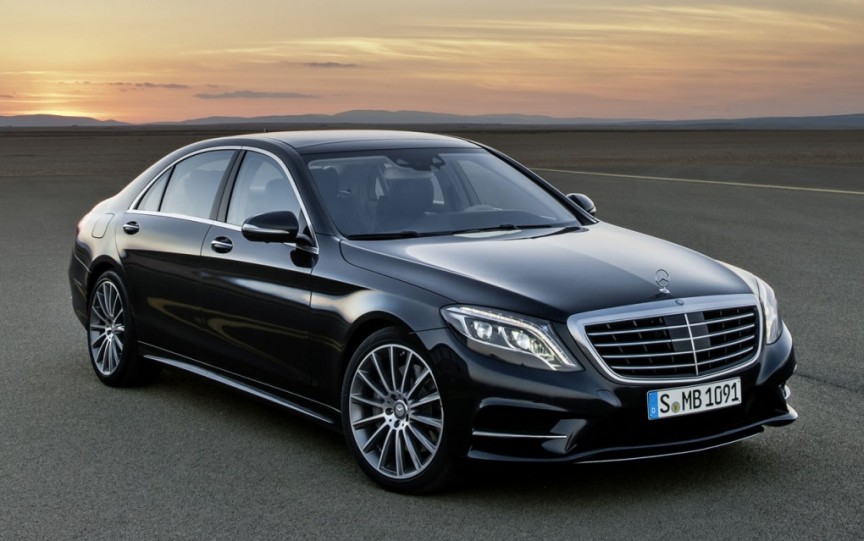 This car is one of the most popular luxury sedans. The plug-in hybrid has a 3.0 L V6 engine and an electric motor. The electric motor hits 107 horsepower while the V6 has 329 horsepower. The sedan gets 78 MPG and electronic systems help the car decide on when to switch between the two engines. At the beginning of the idea, Mercedes actually thought about making vehicle in the S-Series a hybrid.

7. Porsche Panamera Hybrid – MSRP: $96,150.00
A lot of people have questioned why a company like Porsche even makes a hybrid vehicle since their way to fame is “driver’s cars” and not your naturally slow but efficient hybrid vehicles. The reason for this hybrid is that there are very harsh rules regarding emissions in Europe. The Porsche hybrid isn’t much in increased mileage, although it is the cleanest Porsche on the market looking at carbon dioxide emissions. 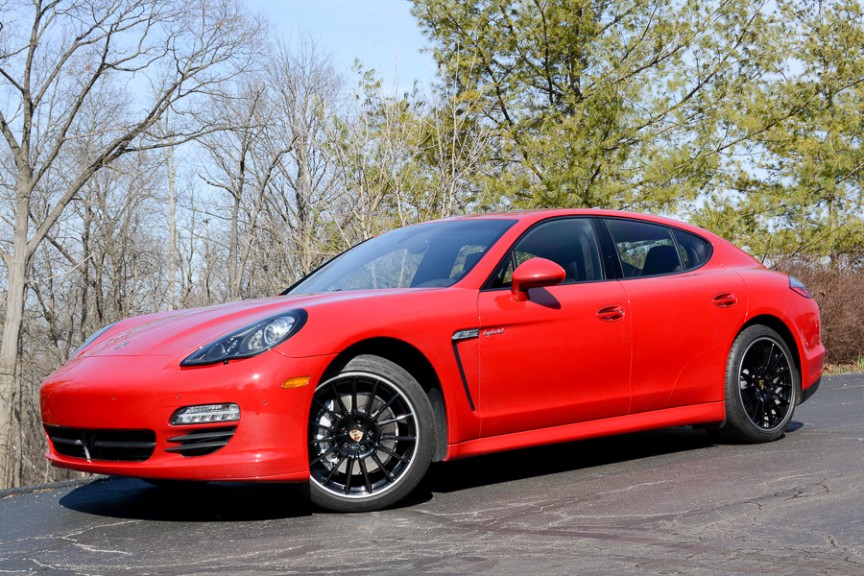 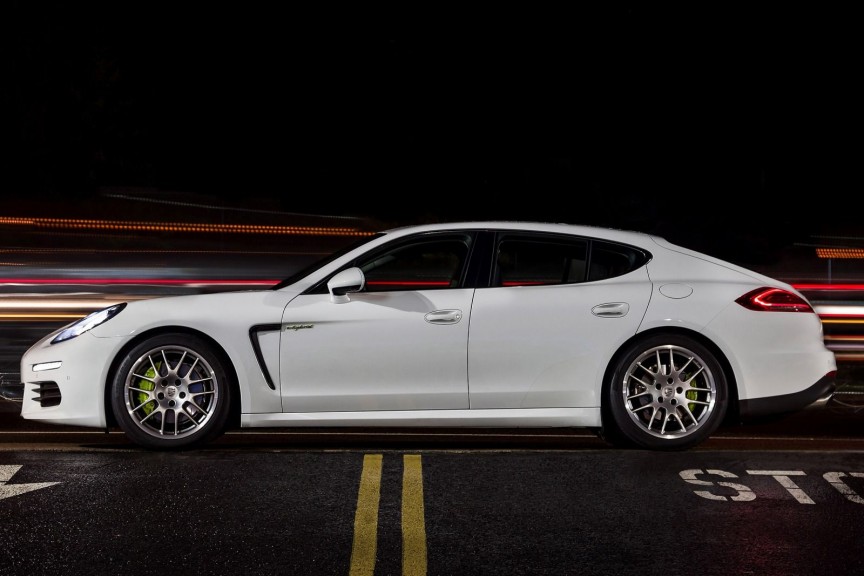 This hybrid is alike to the 2013 model, except that the electronic motor boosts the total horsepower up to 416 horses and gives the vehicle a total rating of 52 MPG. The e-motor is responsible for 95 of the horsepower, which is twice that of previous models. It can even travel, on the electric engine alone, 15 miles. 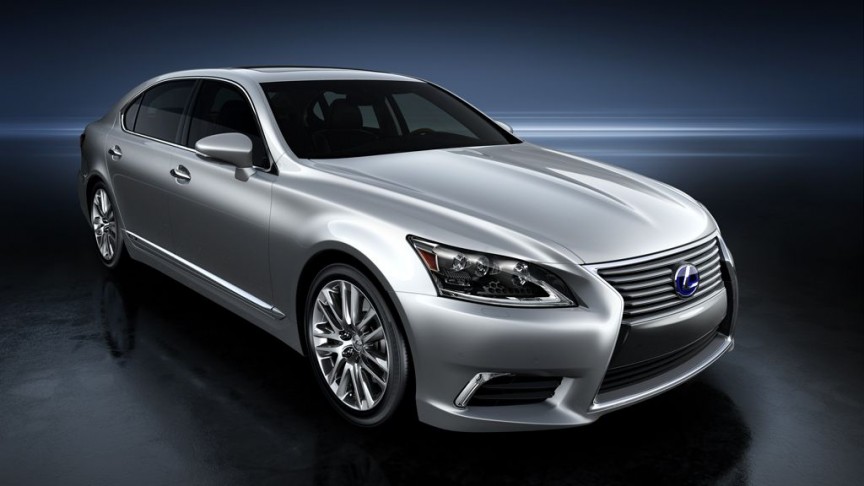 When it was launched, the Lexus was the first prestige luxury all-wheel-drive V8 engine hybrid. Although it is an efficient and clean vehicle, it only has a combined EPA rating of 20 MPG. The Ls Hybrid does come with some cool luxury features including a touch screen that gives the driver a number of mobile apps such as Facebook Places, Yelp, iHeart, Pandora, Bing and Radio. Putting safety in mind, all the apps can be voice activated not including Facebook Places and Yelp. 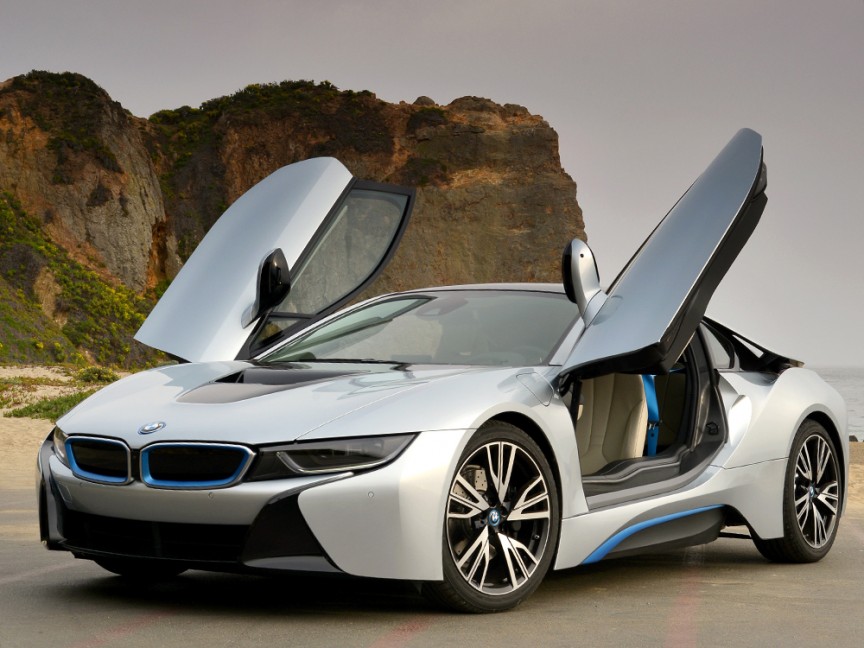 This hybrid sports car is without a doubt one of the coolest on the market as it is not only efficient but also looks like something out of a 007 film. Up to this point, a lot of the vehicles on this list have had a very similar look in spite of the make, year, or model. This BMW gets a total EPA rating of 76 MPG, gets 228 horsepower from its combustion engine, an additional 129 horses fro mthe electrical engine. Adding to having a effective engine, the interior is made up of renewable materials. 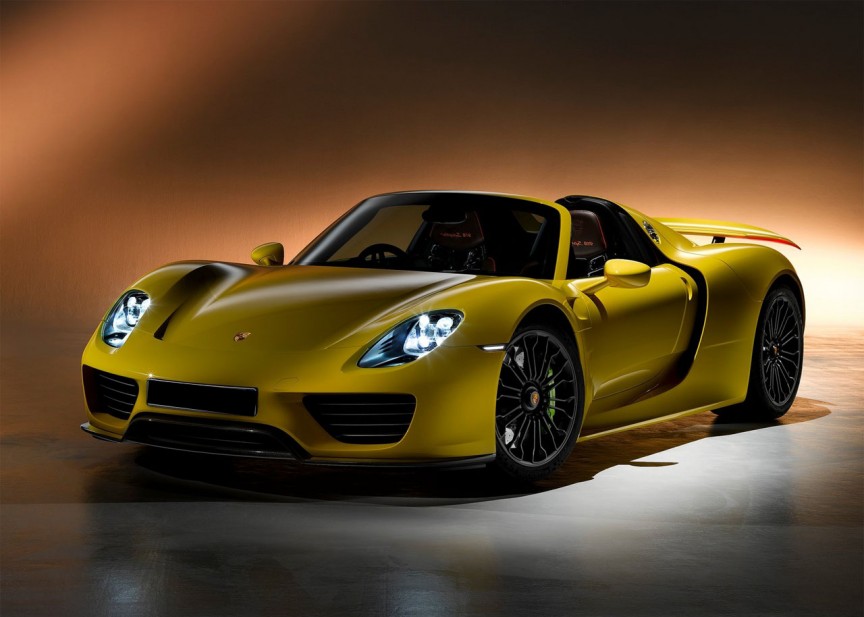 The 918 Spyder is not only and efficient supercar, but it is also one of the best 0-60 MPH times for any vehicle ever. This plug-in hybrid packs an outstanding 887 horsepower and received a full 5-star rating from Car and Driver. When you use the combustion and electronic system altogether, the car cam get around 60 MPG. We should not forget the fact that the more these hybrids increase in price, the more distinctive they begin to look. 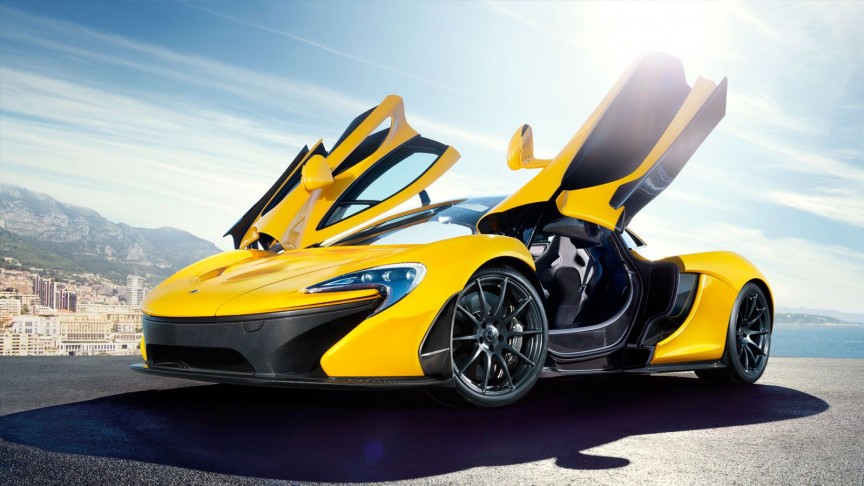 The unlucky thing about the McLaren is that it is nowhere to be found except if you know someone who does not want it anymore. All of the cars have an owner since there were only 375 made. The McLaren P1 packs a 727 horsepower V8 engine coupled with a 177 horsepower electric motor. The 324-cell lithium-ion high density battery can be charged by the engine or it can be charged by plugging it in. In just 2 hours, it has a full charge.
Other high-end characteristics of the car are electro-hydraulic assisted steering, hydro-pneumatic suspension, and the forever cool scissor doors. 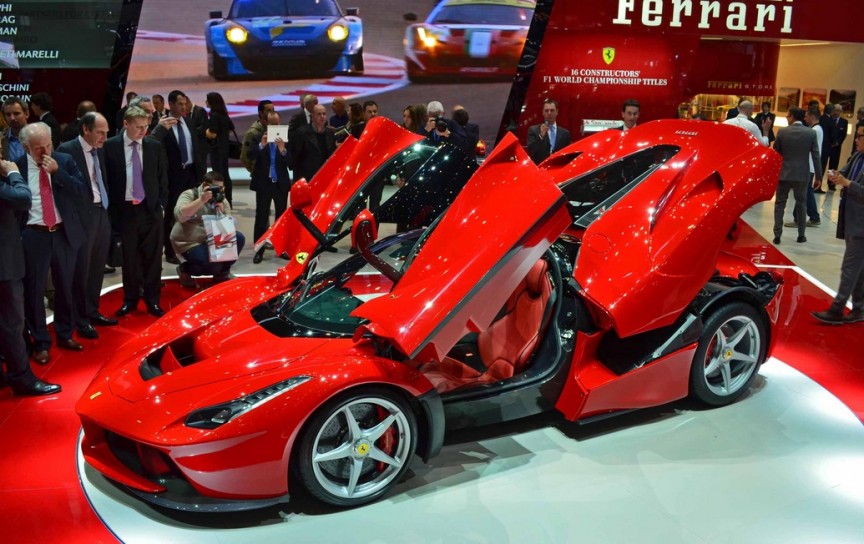 This Ferrari is one of the most powerful cars that Ferrari has put on the roads whether hybrid or not, and has decreased fuel usage by 40 percent. The LaFerrari even lapped their test course in less than 1 minute and 20 seconds, making the fastest time ever got by any road legal Ferrari ever made.
Adding to the 6.3L V12 engine and an electric motor, it also has a Kinetic Energy Recovery System, meaning that the car can store kinetic energy from braking and use it for acceleration later on.