It is so obvious that healthcare in America is expensive. Healthcare in the United States can cost up to ten times more than normal healthcare in most other developed nations. A CT scan or a regular check up with a doctor will cost a Canadian five times less than the American counterpart. Depending on the insurance plan one has, the cost of these basic procedures may come in part, or fully, out of the patient’s own pocket.

Unlike in Canada and other developed nations where healthcare is universal, regulated and controlled by the government and paid for through taxes, the American healthcare system is a for profit system brokered by insurance companies. When 20 cents on every dollar spent on American health, is spent not on care, but marketing, advertising and profit, medical procedures become costly.
While the American healthcare system is one of the best, innovative, most comprehensive systems in the planet, for the over 41 million Americans still without health insurance, (in spite of President Obama’s best efforts) medical procedures are often paid with the person’s own cash and contribute to crippling financial debt. Even for insured Americans with a high-deductible insurance plan, there is also a part of the cost paid by the patient.

Keeping in mind that two out of every thousand Americans collect about $100,000 in medical bills every year, listed are the costliest procedures that help contribute to that debt. 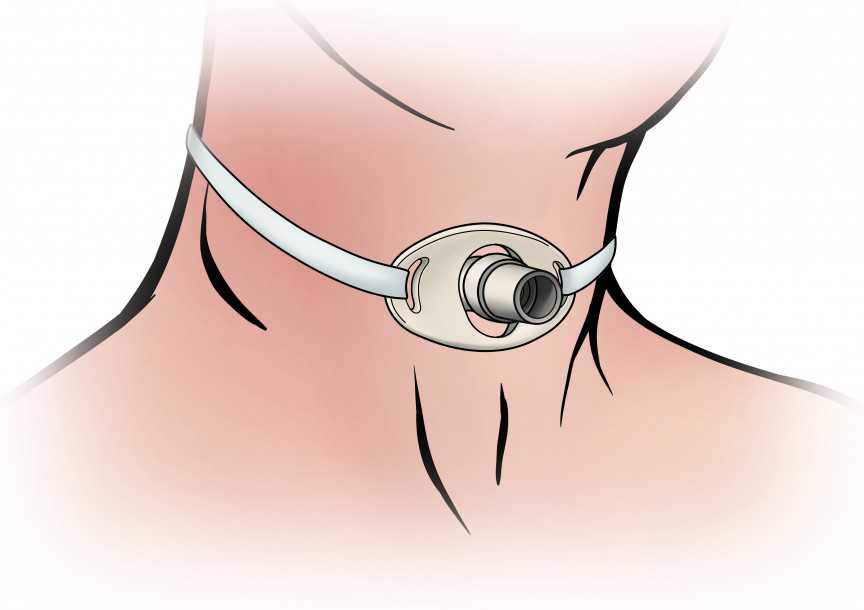 A tracheotomy is essentially creating a new airway for a person to breath. This is like a continuation of a tracheotomy but more long term. A hole is cut into the trachea to open a way for the patient to breath when respiration has become hard or impossible, and a new, permanent tube is put into the passage. Most patients who receive this procedure are really ill and a large portion of the cost from a tracheotomy is thanks to long-term hospital stays and monitoring of the condition. 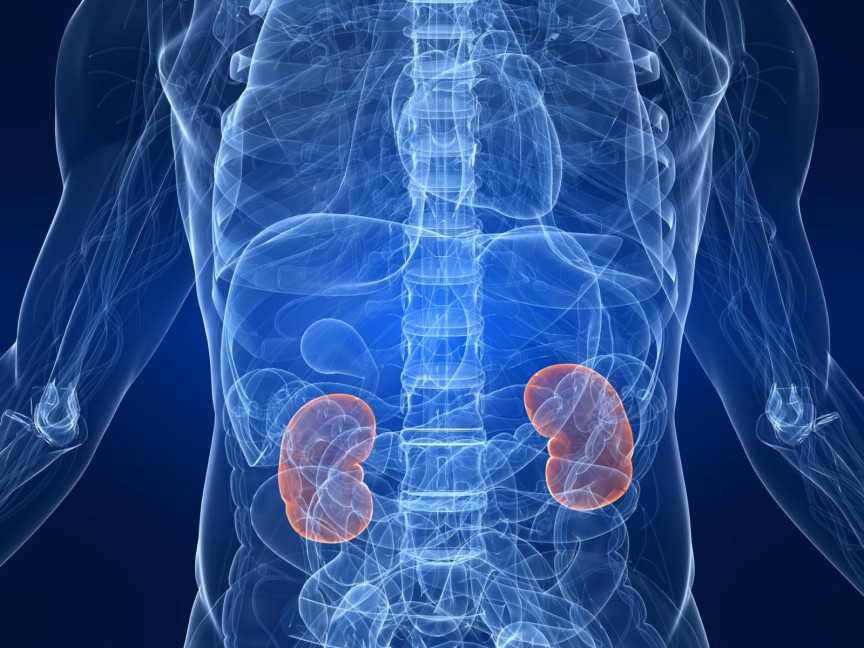 One in ten American adults has some form of kidney disease, and the numbers are rising. As such, the healthcare system is seeing an increase in kidney transplants, and medical procedure that is complicated and highly risky. Between finding a kidney donor (not part of the cost written above) and the cost of the actual transplant and following hospital stay to both recover and make sure the body does not reject its new organ, and kidney transplant is a heavy burden both financially and medically. However, the process and the cost for the patient does not end there; once he leaves the hospital, thousands more dollars will be used on drugs to help the body combine with its new kidney permanently since rejection is a legitimate threat for a while as chronic rejection might take years. 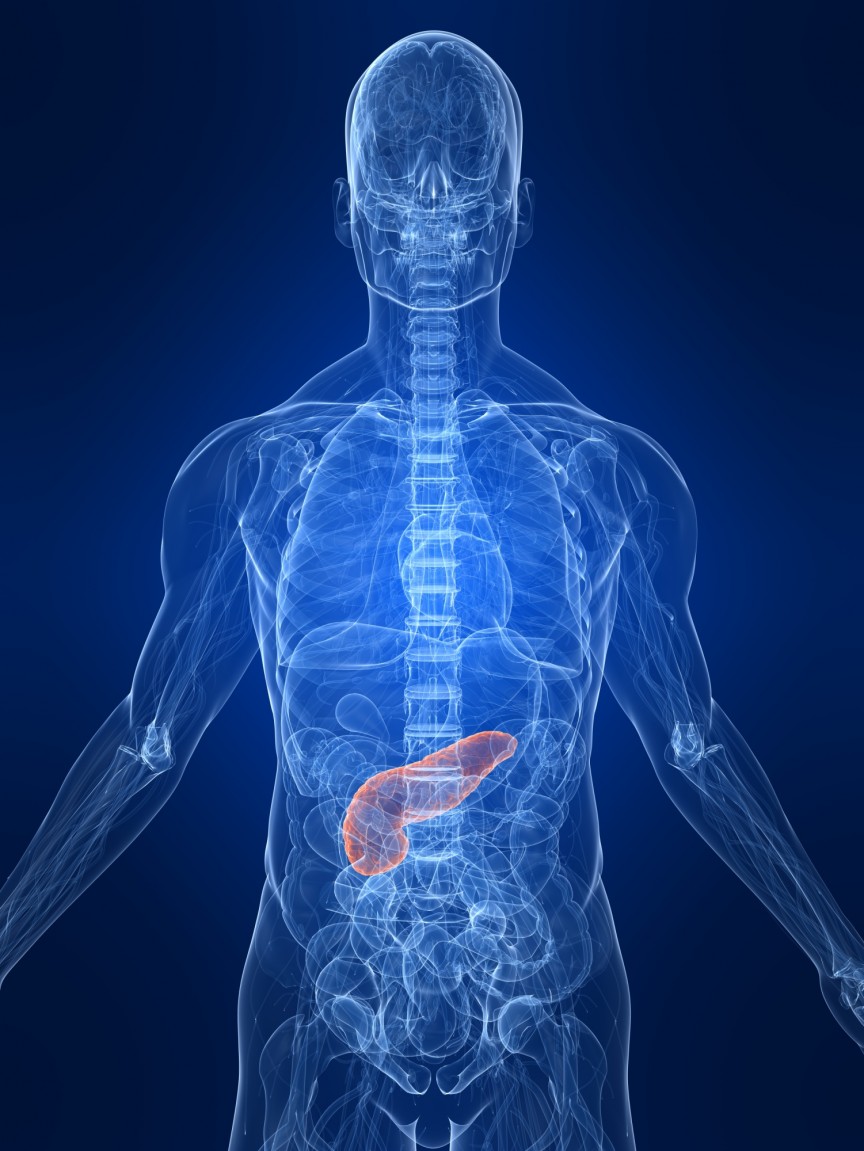 The Pancreas in an important digestive organ that helps break down food and produces essential hormones in the body, such as insulin among others, which move around in the blood. A pancreatic transplant is really hard because of the pancreas’ size and its location behind the stomach. To complicate the matter further, a pancreatic transplant is normally performed on patients with pancreatic cancer, a fatal form of cancer that weakens the patients to the point where surgery is often laborious and hospital recovery time can last over three weeks. 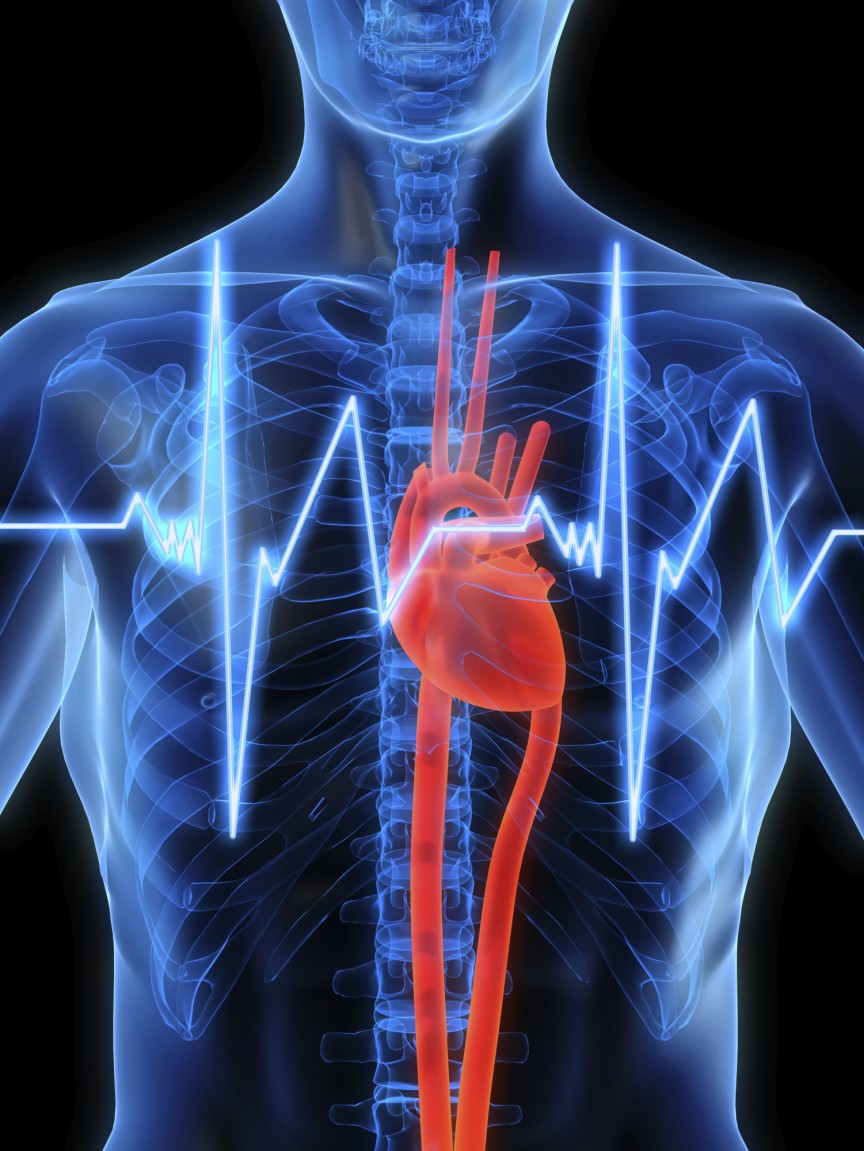 Considering that the leading cause of death in America is heart disease, open heart surgery is a common, albeit often times urgent, medical procedure that fill operating rooms around the country. AN open heart surgery is any surgery where the rib cage is broken and the chest is open to facilitate a procedure done on the heart, valves or arteries, muscles, such as bypass surgery and valve replacement or repair procedures. With almost a million Americans receiving some form of open heart surgery every year the procedure is not only expensive to the patient, but profitable to the medical system. Hospital recovery time is normally long and there are many complications from the surgery that need a excess of follow up visits with doctors. To add to that, many medications must be taken, a couple long term, following open heart surgery, which doesn’t hurt the pharmaceutical industry either. 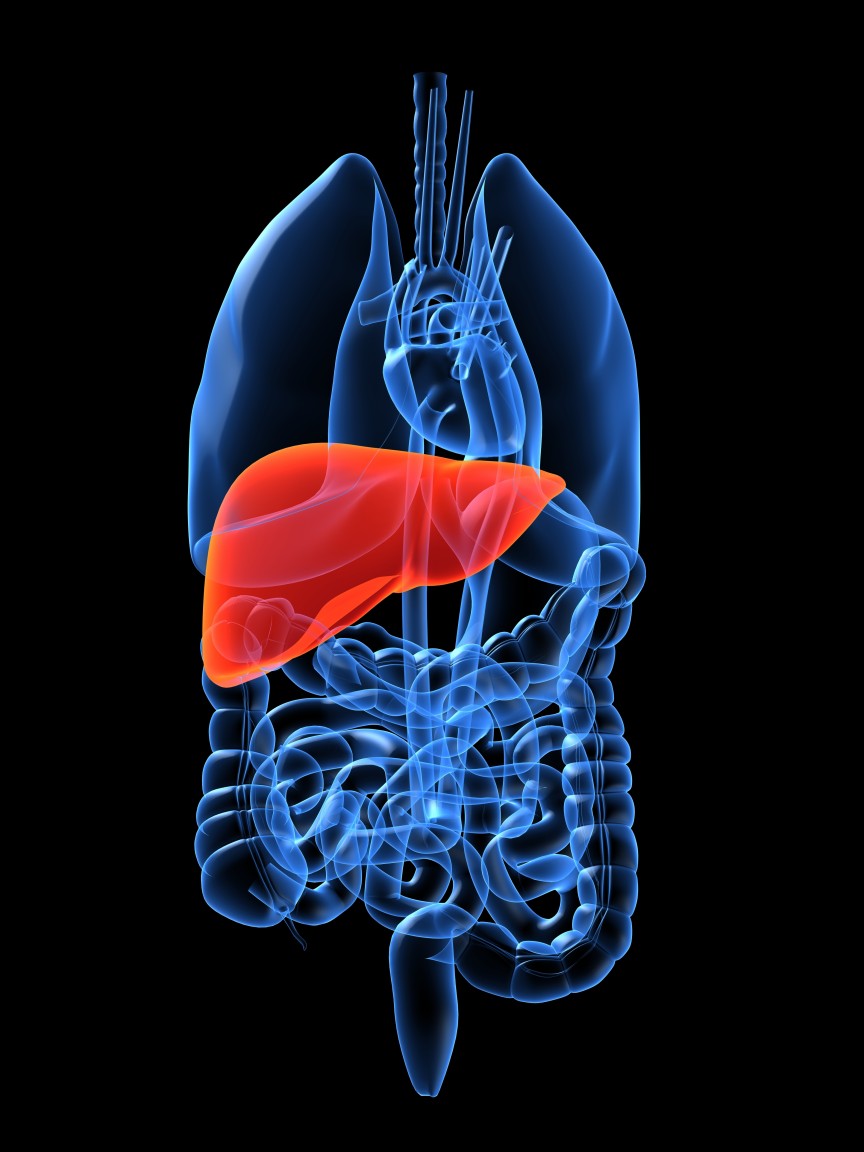 A really high-risk surgery, with the extensive screening carried out by insurance companies adding to the high cost of the procedure, if you are part of those eligible for a liver transplant it is very expensive and hard ordeal. An really important organ that helps in digestion, blood clotting and a number of other important functions, the liver is integral to the whole body. Thus, the risk connected with a liver transplant are very high,even more life threatening than a lot of other serious medical procedures. Once you are able to to the transplant and the hard process for finding a donor is completed, costs add up in the form of extensive recovery time and post-op as well as recurring appointments with a specialist and medications. 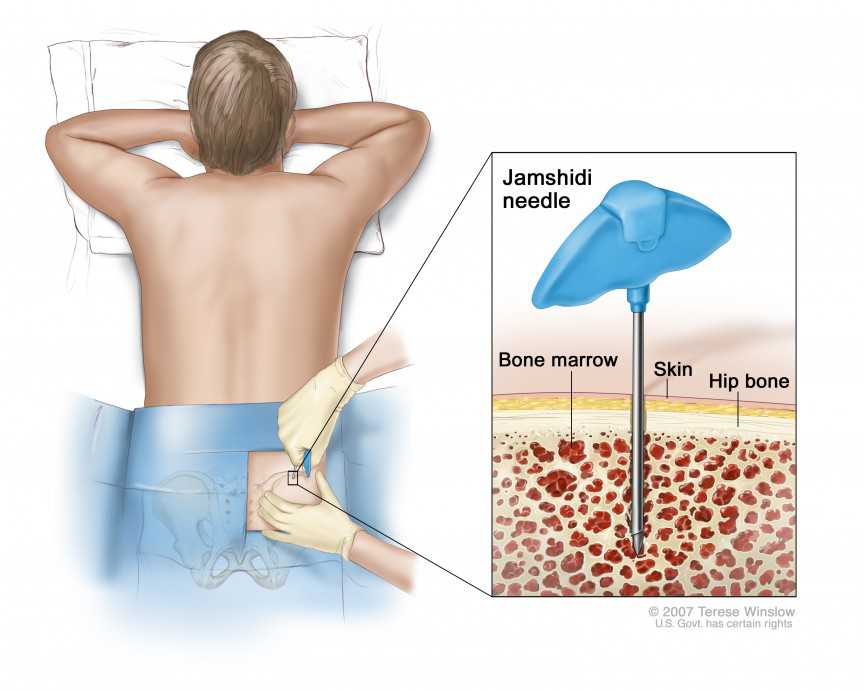 A bone marrow transplant is a diverse type of medical procedure that can be done in two different ways. When stem cells are removed from the body and frozen is an autologous bone marrow. After treatment for the condition burdening the patient (generally cancer) is done, the cells are put back into the body to regenerate healthy blood cells. $300,000 is the cost of the procedure. The second, more costly bone marrow transplant, involves finding a donor. This type of transplant, called an allogeneic transplant, can add up to $676,800 because of time and effort put into finding and researching a donor who matches, as well as the medical procedure itself. 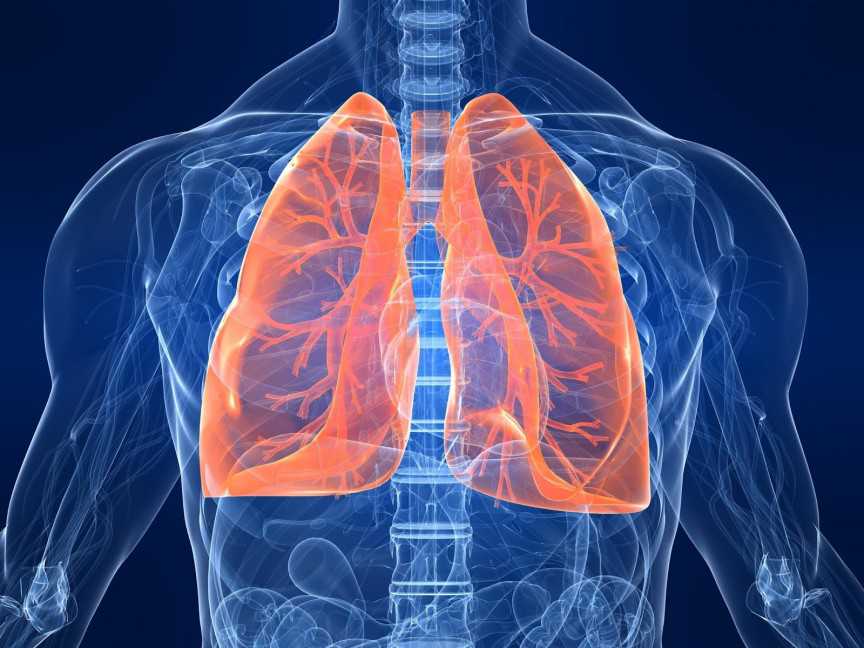 This is the last option for patients with severe lung disease, who have tried all other treatments without their condition improving, and without the procedure, will die. Unsurprisingly, smoking related diseases cause most condition that ultimately require a lung transplant. There are a lot of stuff that makes this procedure so costly; first, finding a donor, then the surgery itself, where a patient is placed on a machine to breathe. After this, patients recover in intensive care unit for a few days, before staying in the hospital for another three weeks. All told, the procedure, hospital recovery time and subsequent rehab that might be over three months, plus the immunosuppressant medications needed to avoid transplant rejection contribute to the procedure’s expensive cost. 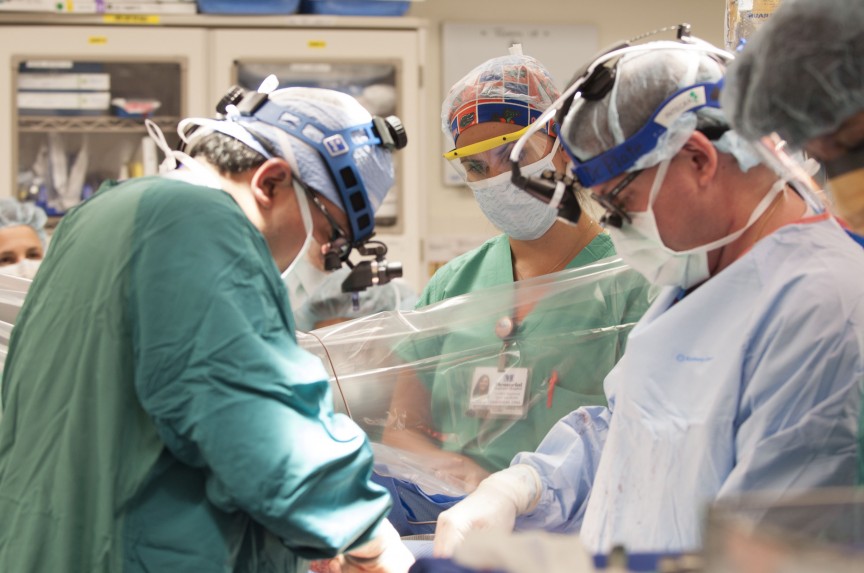 One of the riskiest medical procedures in the planet, full of potentially dangerous complications, a heart transplant is more than twice the cost of open heart surgery and rightfully so; doctors aren’t ‘simply’ repairing the heart, but removing and replacing it altogether. The most usual method of executing a heart transplant is to remove a patient’s dying heart after having harvested a still living heart from a donor who recently passed away, and graft it into the patient’s body. A heart transplant is by not a cure for those patients in the last stages of heart disease, but just a method of increasing the length and quality of one’s life. The life expectancy for the patient of a heart transplant is 15 years after the procedure, (in reality), and some of the time post-op is really hard. First there is recovery in intensive care, followed by a long rehabilitation period with a lot of hospital visits with specialists to make sure that the patient health is good. Apart from rehabilitation, patients of a heart transplant also run the high risk of organ rejection and infection, that is why the immunosuppressant drugs are prescribed to limit the risk. A really long and risky procedure, it is no surprise it has a cost just almost a million dollars. 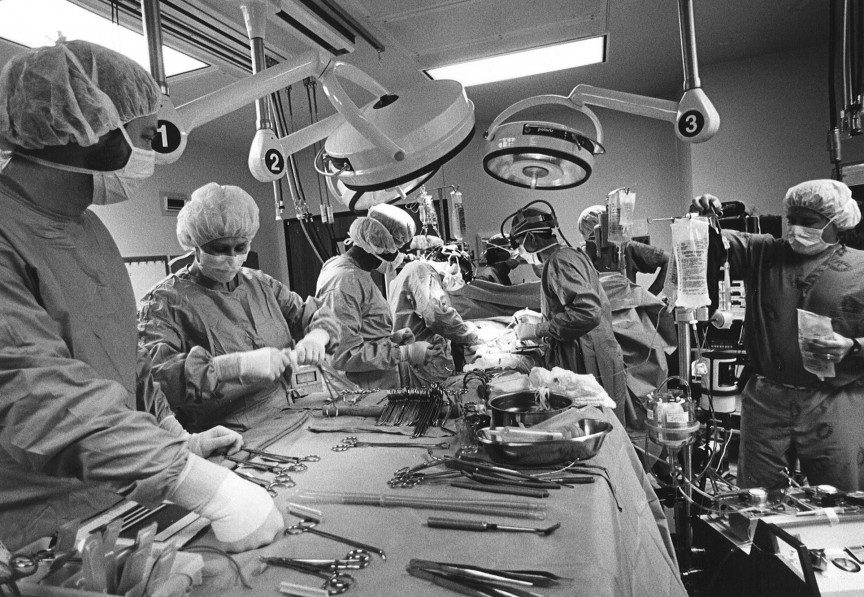 Putting together two of the riskiest medical procedures known to medicine sounds almost insane, and as such, a combined heart and lung transplant is really uncommon in the United States, with roughly 100 performed every year. The difficulty of finding a donor is a primary reason, beyond the difficulty in the operation itself. Those who pass for the procedure normally have no more than 24 months to live, with 12 being the median range of life expectancy. Patients must be under the age of 55 and be healthy enough in order to survive the rehabilitation period and regimen of immunosuppressant drugs to prevent rejection and infection. During surgery both the dying lungs and heart are removed and patient is hooked up to a machine that will take care of breathing and the circulation of blood to the body. While still incredibly risky and rare, and exorbitantly costly with the price of over a million dollars, survival rates for heart-lung transplant patients has risen to nearly 85% a year after surgery. 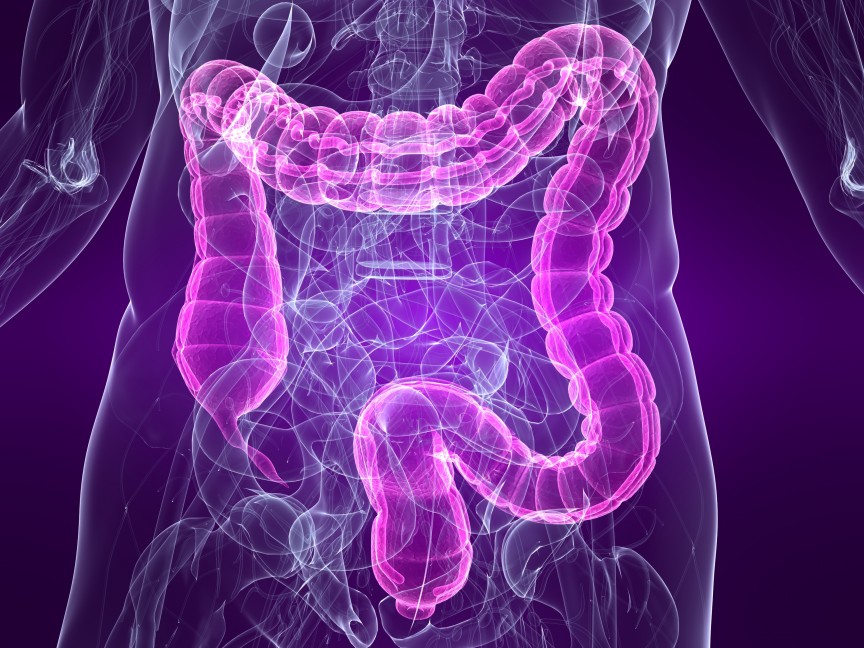 The fact that a combined heart-lung transplant is even possible is proof to the vast progress and innovation to the medical community. The fact that an intestinal transplant is possible is mind blowing. Involving both of the longest and largest organ within the body, an intestinal transplant is again another last resort procedure that is only done of recipients with life threatening conditions, giving them no other option. A complex procedure that needs a highly skilled transplant team, the entire surgery can be anywhere from four to twelve hours. In some cases patients will get both liver and intestine transplants concurrently, making this medical procedure the most complex, shocking, time consuming and costly medical procedure in the United States.