Luxury, relaxation and class make up the yachting life. The yachts that we are going to see today are filled with more gadgets, technology, and amenities than most five-star hotels. They come with swimming pools, bars, hot tubs, 1000 thread count linens and oh so much more. All of this comes at a quite expensive cost. Luxury yachts have always been a costly purchase, but there is a notable difference between purchasing a yacht and purchasing one of the yachts listed below. You have come to the right place if you want the best yachts money can buy. Listed below are the ten most expensive yachts in the planet. 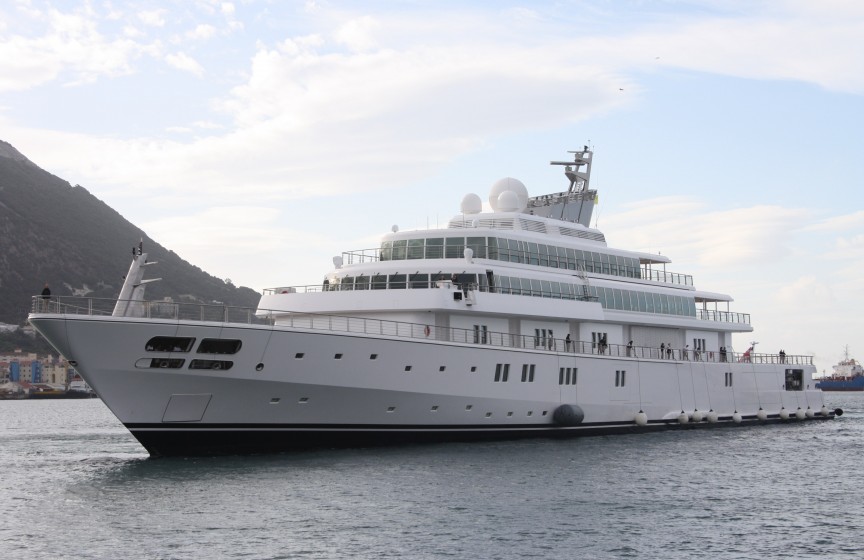 Lets start this list by spending $200 million. Just for reference, many sport teams bought in the 1990s are worth about this much. Many large skyscrapers and older sport stadiums have the same price, and it is more the gross national product of a handful of small third world countries – but we are using it on a boat, and it is not just a boat but it is the cheapest boat on the list! So what does our hard earned cash get us? Well a large yacht previously owned by Larry Ellison, the CEO of Oracle, is now owned by David Geffen. It comes with a basketball court on it which can also be used as a helicopter landing pad, a wine cellar, a movie theatre, and a total of 82 rooms spread across five floors, filled completely with opulence. 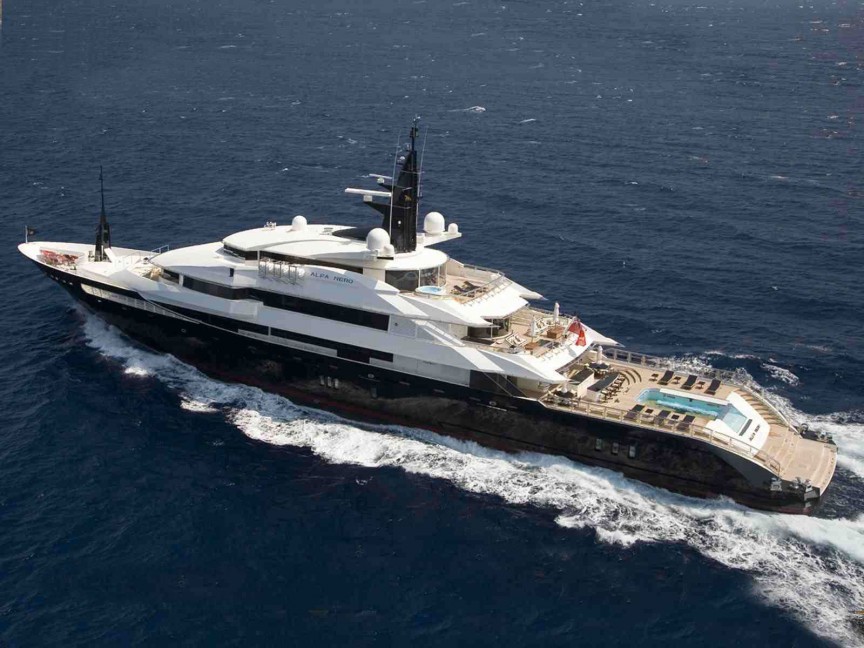 Oceanco, a Dutch company, built this yacht. The Seven Seas can hold up to 12 guest across a number of amazing suites which serve as double cabins. Steven Spielberg, its owner, stays in an lavish owners cabin. Also included is an entire private owner’s deck for those moments of solitude, since sailing out to the sea is not evidently isolation enough. 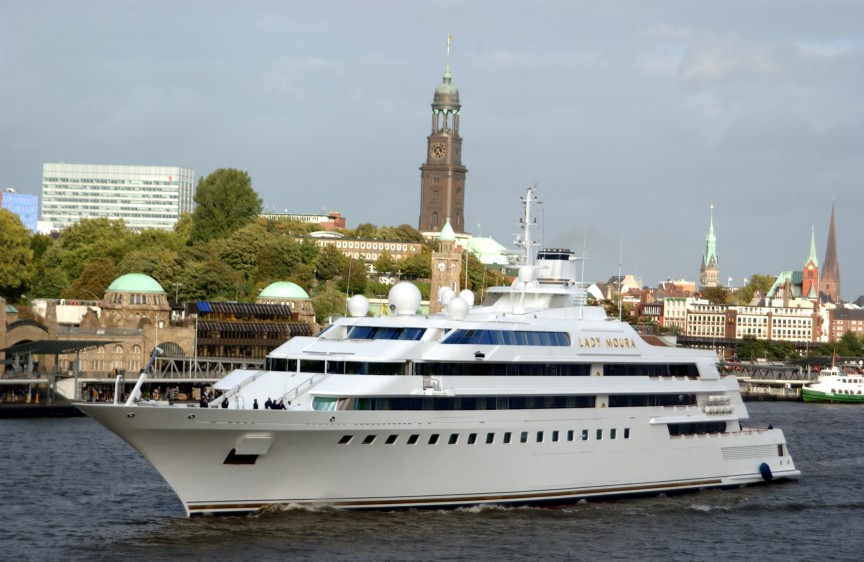 Lady Moura is so costly that the wording and decorations of its name are made from 24 karat gold. Nassar Al-Rashid, a Saudi billionaire, owns this yacht. There is not a lot to know about the Lady Moura – but from the knowledge we have, it is said to be the ninth-largest personal yacht in the world when it was made in 1990, but it is now down to 28th place. It is propelled by twin diesel engines that create about 7,000 horsepower each. The yacht able to hold over 0 crew members and 30 guests.

If 24 of your closest friends need transportation to the Mediterranean for the summer, the Al Mirqab may be the yacht that you have been looking for your entire life. Keep in mind that Prime Minister Hamad bin Jassim bin Jabar Al Thani, the current owner, might have something to say about that. Hamad is the prime minister of Qatar – which makes us think about a career in Middle-Eastern politics. The Al Mirqab comes with ten bedroom suites, a swimming pool, a helipad, a movie theater, and a sun deck. Apart from that, there is a quite large set of VIP suite just for the owner. Not much else is known about the ship. 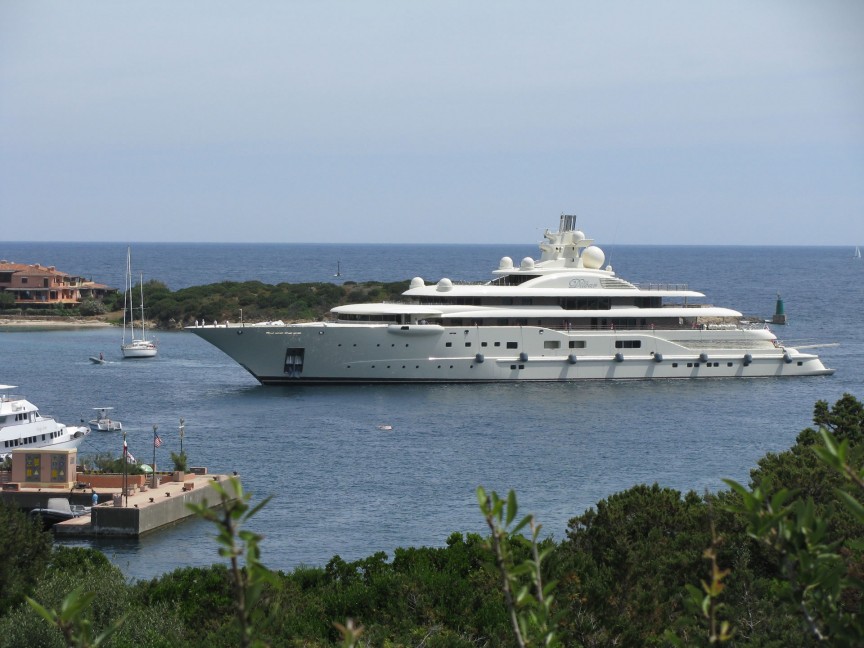 Since they do not want to be left behind by their southern neighbours, Russian Billioanires are interested in buying needless and expensive toys. The owner of this yacht is Alisher Usmanov. In honor of his late mother, he named the yacht Dilbar. A crew of 47 runs this yacht and comes with all the amenities one would expect while using over a quarter of a billion dollars. There are living spaces that can take care of twenty guest and the obviously requisite helipad. The Dilbar is over 360 feet long and 50 feet high – making it one of the largest yachts in the planet. 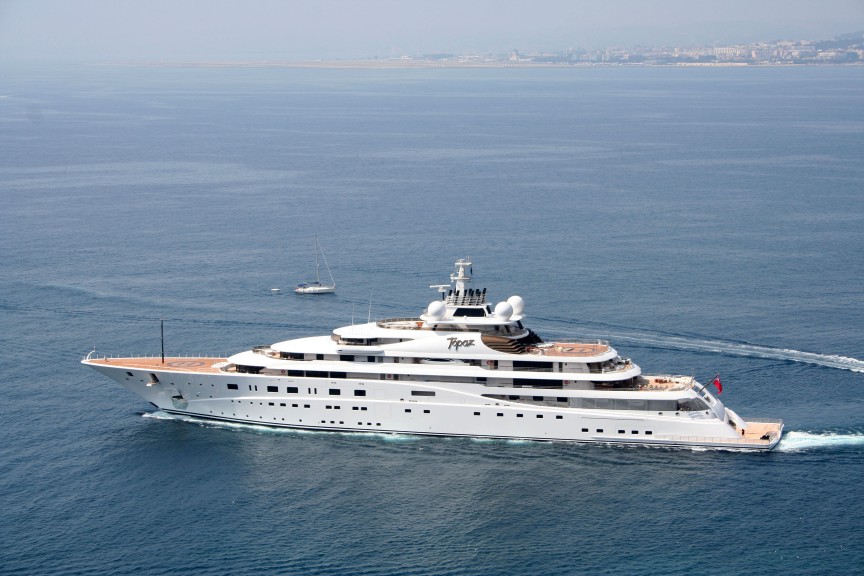 This yacht is named after its owner Sultan Qaboos Bin Said Al Said of Oman. In order for you to want to name stuff after yourself, there must be something special about it. This yacht was the world second largest yacht upon its creation. It costs a whooping $300 million and was made from an aluminum super structure. It can reach 22 knots and carry up to 70 people – and that does not include the 153 crew members who work on the yacht. The yacht contains a concert hall that is large enough to hold a large orchestra – if they ever need one. It is said that there are no photos of the interior yacht so we will just have to believe Sultan that this place is really awesome. 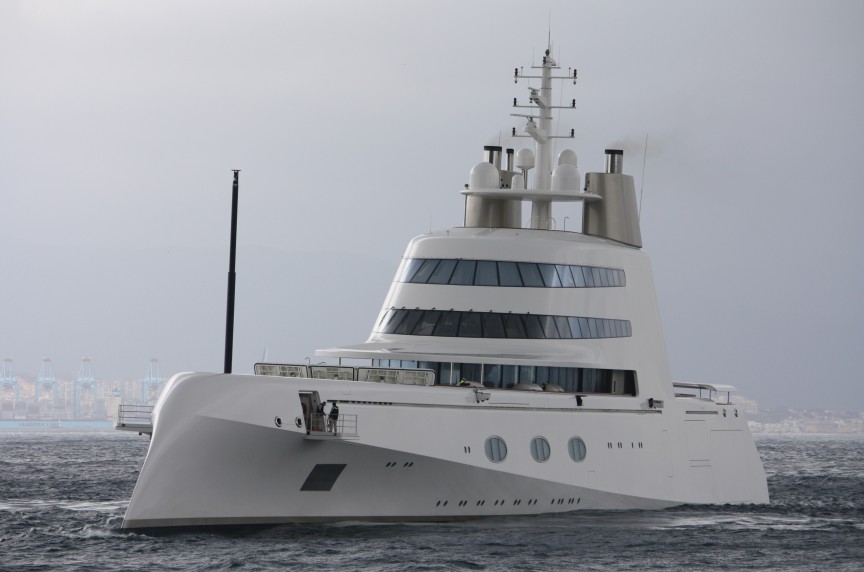 Andrei Melchenko, a Russian Billionaire, is the owner of the Superyacht A. This yacht is pretty small for the large amount of cash that was required to build it. The crew is made up of 42 people and can accommodate 14 guests in total. It is not the outside of the yacht that makes it so impressive – it is the inside which is made with every modern comfort you can think of. The ship includes three swimming pools, all of which are built with an opposing current to swim against, should you want one. There are two more boats you can use to get back to land or for recreation. Six guests can stay in the master suite. It is self-explanatory when you are using $323 million your yacht comes with the latest entertainment systems and technology. The exterior is also one of a kind and reminiscent of a ship that may be called home by a Bond villain. 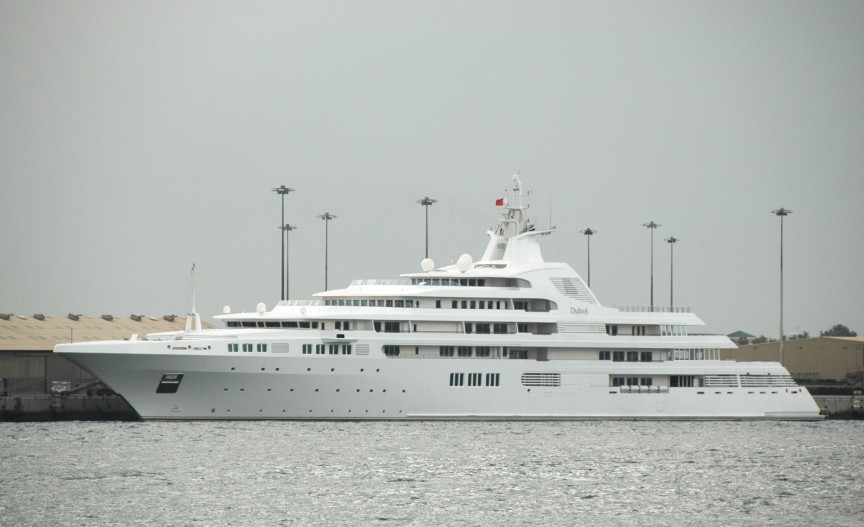 In the past, this boat has been known by several names in the past. It was commissioned as the Golden Star by a wealthy Prince of Burnei, but Sheik Mohammed bin Rashid Al Maktoum gave the finance needed to finish it. Platinum 525 is another name given to it. As of the moment, the Sheikh of Dubai owns this yacht and its name is Dubai, appropriately enough. Guest on the ship will find a swimming pool, a glass staircase, a spa and obviously a helipad. A outstanding 115 people can be held by this luxury floating city. It is the world’s second largest yacht and we imagine it is quite nice inside. 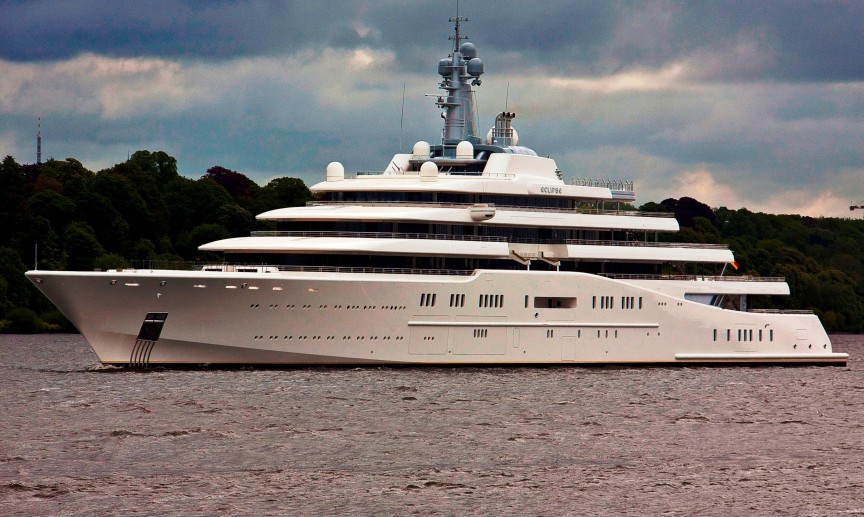 Right here we have a yacht that maybe cost a billion dollars. We do not know the exact cost of building that big, but a number of information pieces say that the price of construction as high as even $1.5 billion. What we are sure about is that it is owned by Roman Abromavich, a Russian billionaire, and that the crew is made up of 70 people. It is equipped its own private defense system made to detect intruders and passengers with cameras. In fact, if you try to take pictures it uses modern light technology to block them. 24 guests can stay here, and it also has its own private submarine and two helipads. 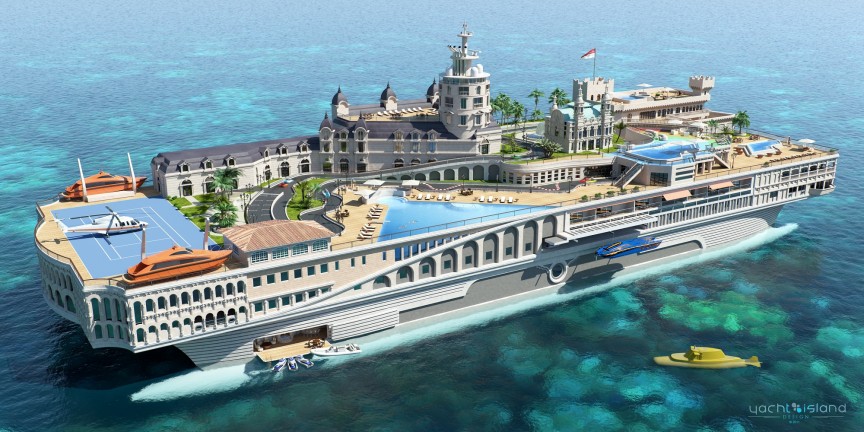 This is a yacht that we know it will cost a billion. $650 million is the difference between this yacht and the number three spot. This is nearly triple of the cost! So what does your billion get you? Well since it is still in construction, nothing. The design of this amazing yacht is not the same to traditional model we’ve grown to know and love. The is all kinds of stuff you absolutely need on the high seas – like a go-track, a man-made lake and your own private beach, and a yacht made to duplicate a cityscape. Found here are the reproductions of casinos and the replication a Monaco Grand Prix track. Spreads over its 550 foot length are tennis courts, cafés, swimming pools and evidently grand underwater ocean views. We can’t wait to see it when it is done as sold off to some rather unusual billionaire.