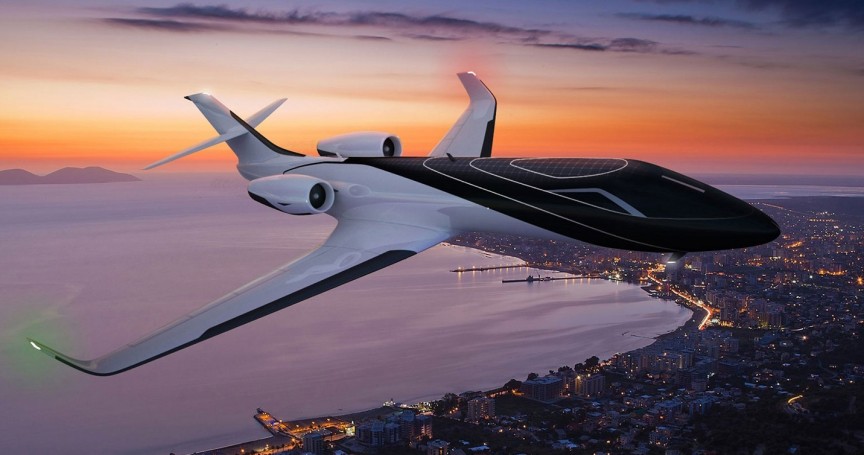 It was just decades ago, that having the chance to fly in an airplane was an awesome opportunity that people could share with their friends and family members forever. Normally, the only people who could go on flights on almost a week to week basis were elected officials, celebrities and the really rich. During that time, the average person did not have air travel as a choice of travel. But in the duration of just a few years, that changed fast. After World War II, the business for airline jet travel grew, and on this day, travelling by jet is one of the most common ways to travel everywhere.

Million of passengers fly in the skies every year just to move from one place to another, but when we think about air travel today, our thoughts are of packing into coach or second class with dozens, or sometimes hundreds, of other passengers on the same plane. In spite of the development of air travel, the private jets still only belong to the famous and/or rich.
Some private jets are small, and others are very big, but all of them are really luxurious and could pass as a home if it was required. Generally, there are thousands of private, luxurious jets that have been made. The list that we have will show the top ten more luxurious and expensive, privately owned jets that we know of; the is still a chance that there are even fancier jets out there. To put it in other words, the private jets that we will see here are the top ten most luxurious jets that the owners have allowed the world to see, and only looking at them is a real treat. Also, don’t forget that there are other similar jets to these ones listed here, so you better start saving up your money! 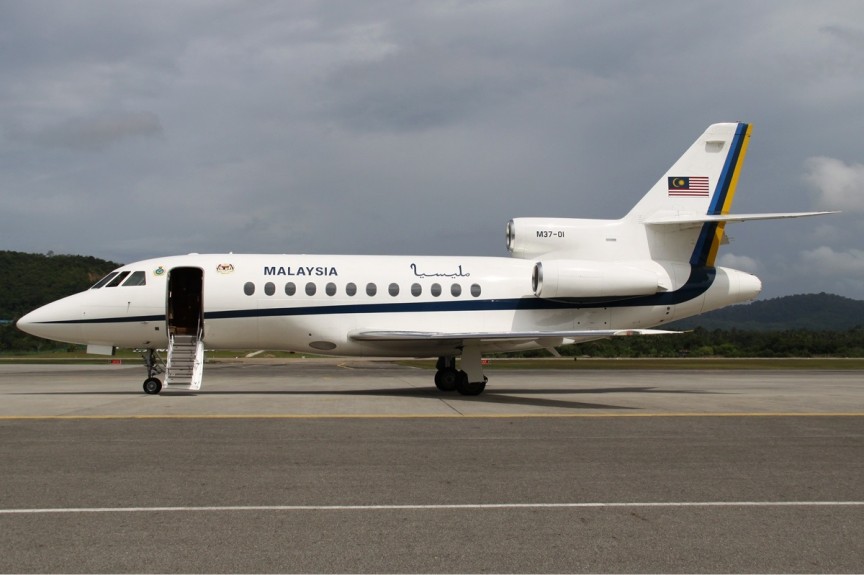 The Dassault Falcon is not only very luxurious, but it is also very sleek and fast. It has the ability of flying at high speeds of close to six hundred miles per hour, at extreme temperatures. Another thing that makes this jet very attractive is that it uses considerably less fuel and carbon footprints than the other jets on this list, it is very economical to travel in, even for a wealthy person. 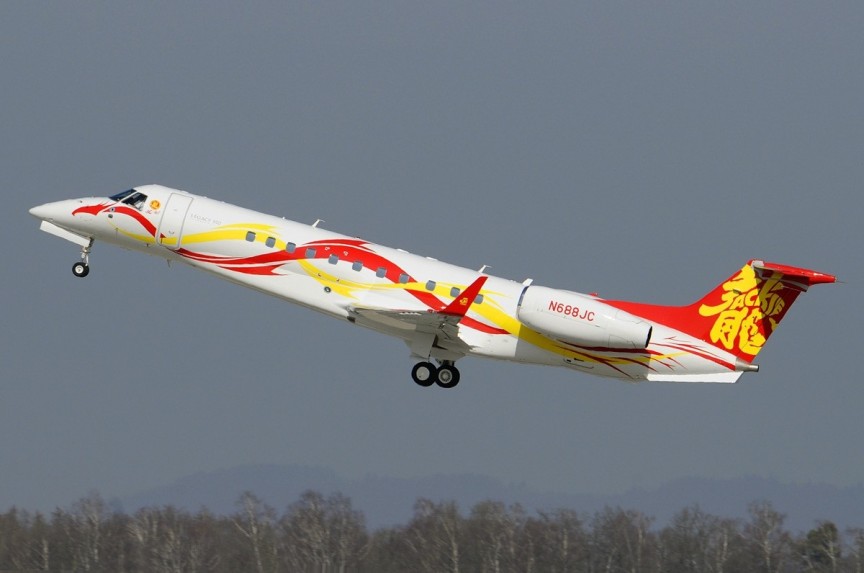 Jackie Chan presently owns this almost thirty million dollars Brazilian-made Embraer Legacy 650. The jet is marked on the outside by red and golden dragons painted along the side, together with Jackie Chan logo. 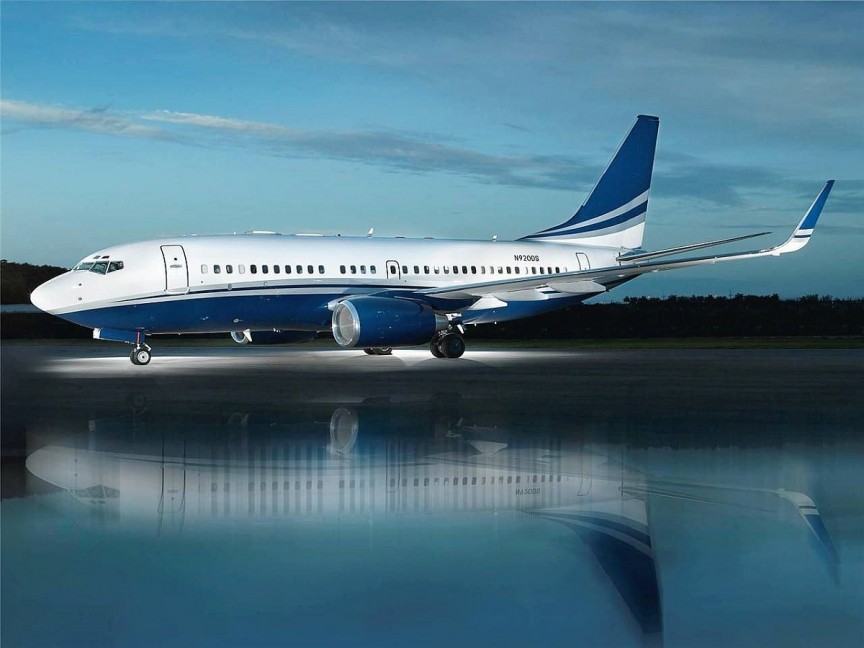 The Boeing Business may look like an ordinary travel jet plane on the outside with no obvious features, but wait until you get into the one thousand square feet of lounge, a bedroom suite, comfortable furniture and rich amenities that you would only think they would be found in a penthouse. The name Fling Hotel comes to no surprise knowing this information. 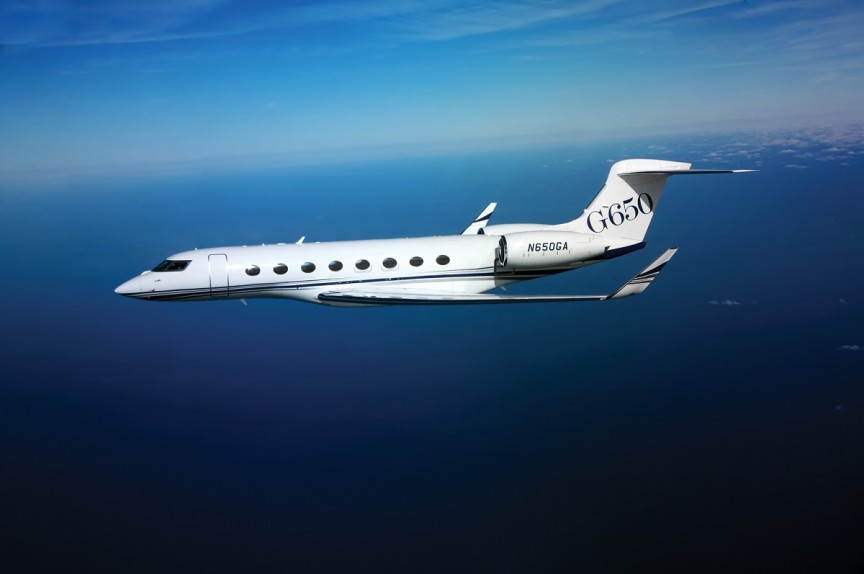 This jet is one of the most popular and luxurious jets for the rich alike and celebrities that they have sold out because of how popular they have become. About 40 of the Gulfstream G650 have been sold, and another 40 are currently process of manufacturing for 2017. A seven million dollar profit is what the manufacturers are expected to make on each one sold. There is a very long waiting list, hence most of them will be taken. Overall, this jet can fly over seven thousand miles non-stop and can fit up to twelve passengers on board. 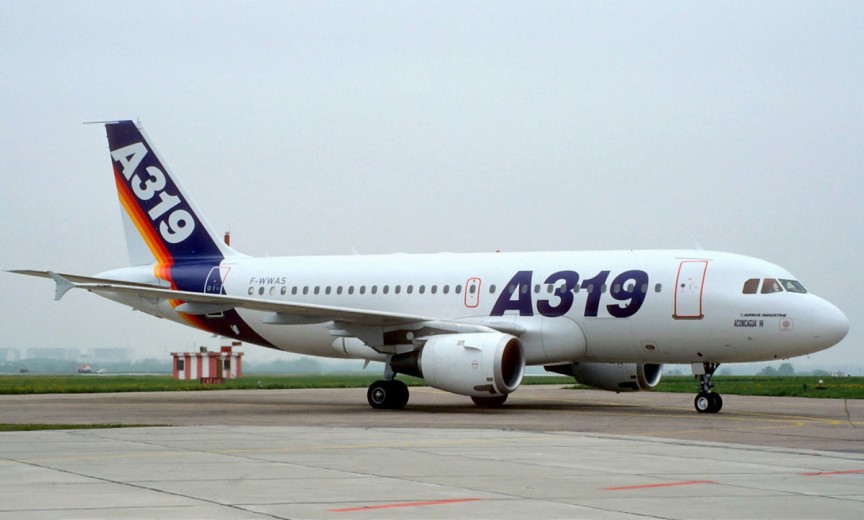 The Airbus A319 is the second most expensive model of jet of the Airbus fleet currently as we speak. It comes in close to eighty-one million dollars for the standard model. One thing that makes the A319 truly unique from the standard one is that the interior design is custom made by the owner. In comparison, most other luxury jets are all the same by make. 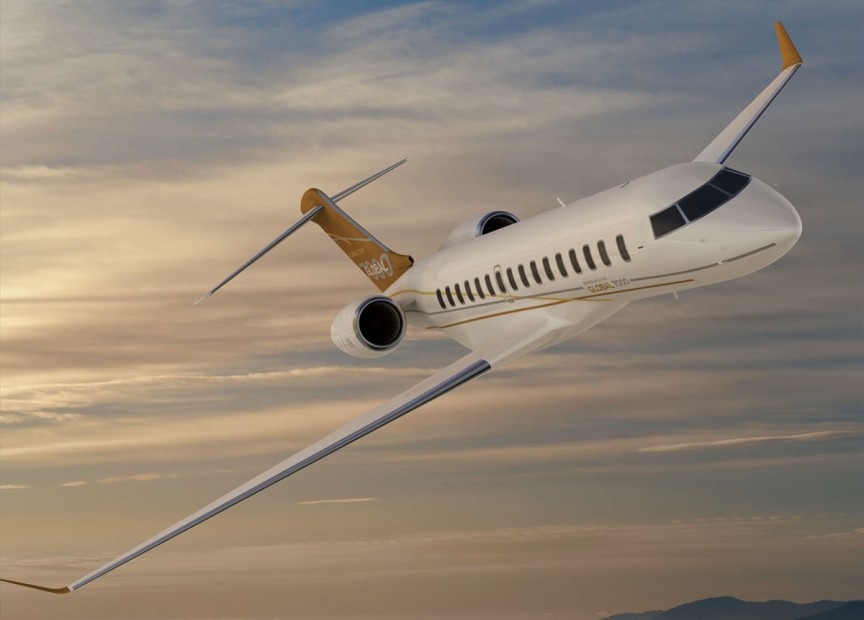 The Bombardier Global 7000 is capable of travelling non-stop over seven-thousand miles and can carry up to ten passengers. This is one of the most popular private jets in the world, with, in 2013 alone; almost forty of the planes were sold for a profit of two billion dollars. It also features four living spaces, a dinner table for six, and large windows in the cabin that allowing you and gaze at the gigantic landscape below. It will be sometime before they have enough built to put it back on the market since they are all sold out. 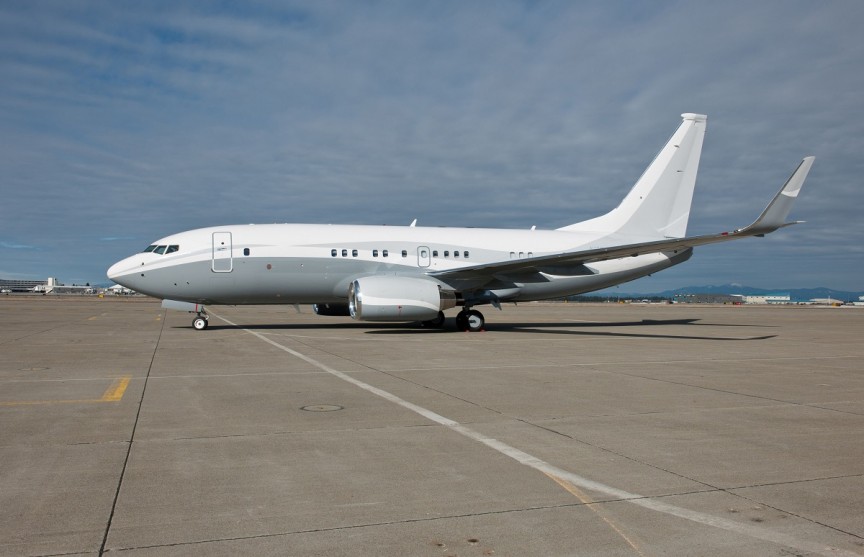 This jet has an extremely large cabin, making it stand unique among other jets in the Boeing’s fleet. Boeing’s Business Jet also features a dining room, a staff room, a bedroom suite and a lounge. Overall, the place can carry a total of forty-six passengers. This plane has been on the market since 1999. 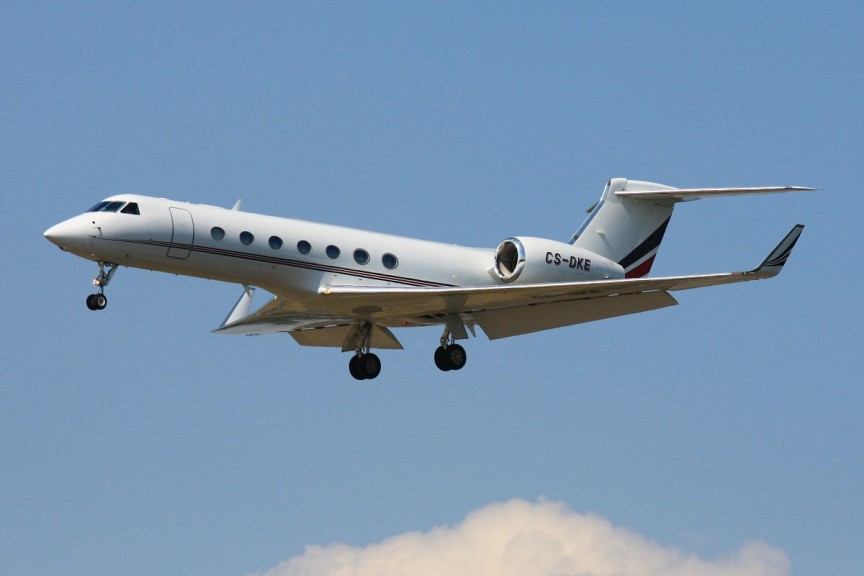 This sixty million dollar worth jet is currently owned by Phillip Green, a British businessman, and another G-550 is owned by an Indian billionaire, Lakshmi Mittal. This plane is very fast, it has the ability to fly non-stop from South Korea to Florida in just under fifteen hours. Although it was first the fast speed that made it known to the world, it is now used as a private luxurious jet, made up of four living areas, a seating for eighteen people, and a twelve floor plan configuration. The Gulfstream G-550 is a very safe plane to fly, featuring a camera that can show the flight path when the visibility is low. All in all, this plane is an brilliant choice for anyone who wants to fly luxuriously, together with safety, but who can also afford the costly price tag, of course. 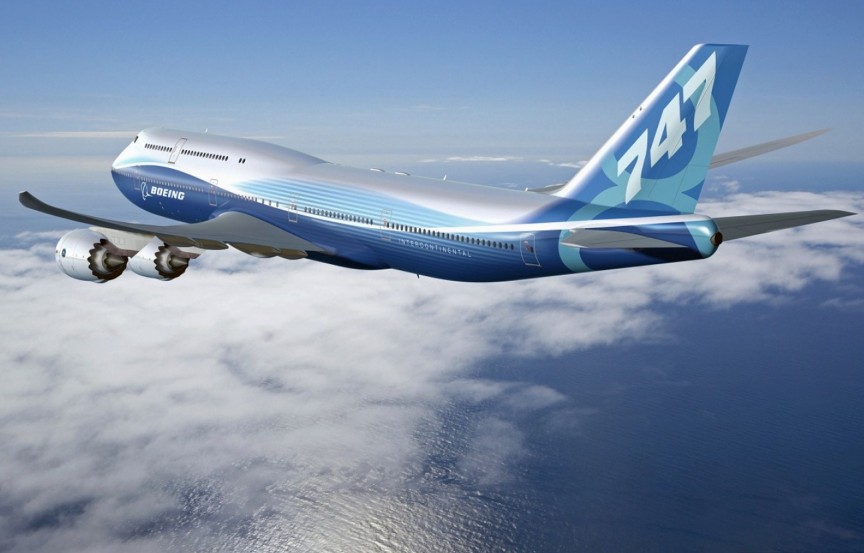 Your first question might by why a Boeing is included on the list and why it landed the number two spot. After all, a Boeing 747 is a popular transport airliner. However, there is a specific 747 that is unique from the rest. A real estate investor by the name Joseph Lau paid over one hundred and fifty-million dollars for a custom made jet that serves as a personal private plane. This particular 747 has more fuselage than you ordinary 747 and more cabin space. Joseph has had this cabin space decked out with a number of facilities and luxuries, including a few personal suites, a private office and even recreational spaces in an airplane! You might have travelled in quite a couple of 747’s or similar airplanes in your lifetime, but evidently, none are as nice or luxurious as this one here. 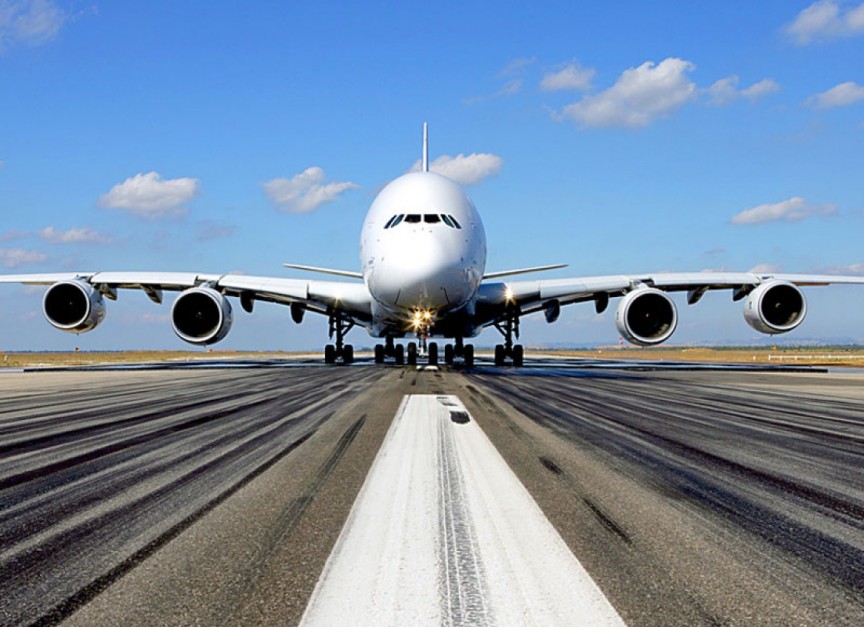 This plane has served in the airliner fleets for a number of years now, but Prince Alawaleed bin Talal, a Saudi business investor, lately paid three million dollars for a custom one, making it the most expensive plane ever purchased in history, as recorded in the books. The Airbus A380 is not only the most expensive plane ever bought, it is also the largest. It comes with two levels and a lot of living space, a suite and recreational rooms. On the contrary, the space in a passenger airliner Airbus A380 would be used to carry more than five hundred passengers. The last extraordinary feature about this plane is that, in spite of being the largest and most expensive plane in the air, it is also very economical as it reduces the greenhouse gas emissions.