With $60 billion as its income and with an average of 40,000 search queries being run on the site each second, Google is without a doubt a really successful company. Nonetheless, like all business giants, Google started humbly with founders Sergey Brin and Larry Page, then PhD students at Stanford University, with a goal to “ organize the world’s information.” What started as a research project grew later into all kinds of Internet-related services and raised funding that gave the company the ability to get dozens of other companies. Some of them are YouTube, Keyhole, DoubleClick, Inc. (currently “Google Earth”), and GrandCentral (now “Google Voice”), among others. And it doesn’t come as a surprise that the company has grown so large, many facts about it have been hidden in its own avalanche of information.
Listed below are ten interesting facts about Google that most people have no clue about: 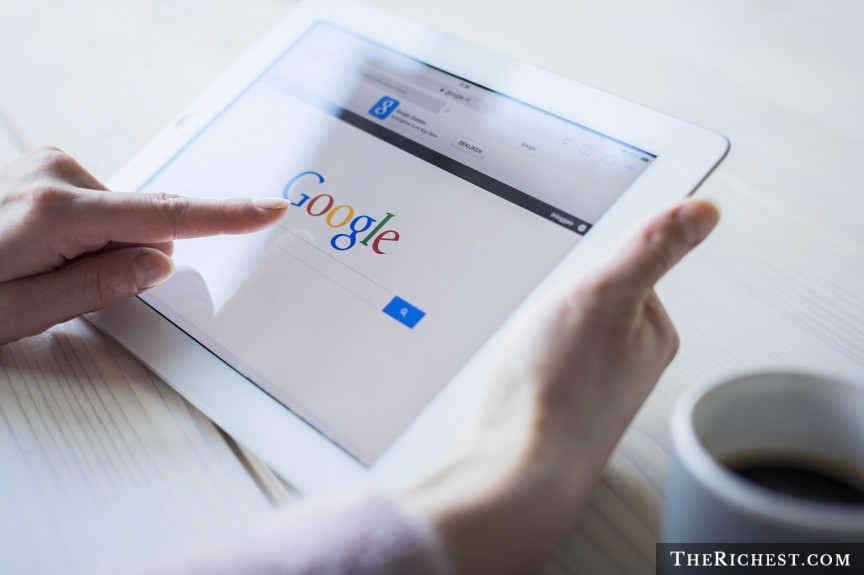 Google is so widely used that its name has been seen as a verb, which means “to search information on the Internet using the search engine Google.” But this name was really conceptualized in 1996 by accident. David Koller from Stanford University said that several Google pioneers, including founders Sergey Brin and Larry Page, were talking about possible new names for the quickly improving search technology they had been working on. “Googolplex” (10100) was suggested by Sean Anderson in order to allude to the great amount of data the search engine would be taking care of, and Page suggested that they used the shortened form, “googol”. Anderson then did a search to see if the word was still available on the Internet domain name registry, but he accidentally wrote “google.com”. That mistake turned out to be fortuitous as Page liked name, and after a couple of hours, the founders had registered “Google”.

9. Google has been ordered to pay a woman for a Street View image that showed part of her cleavage. 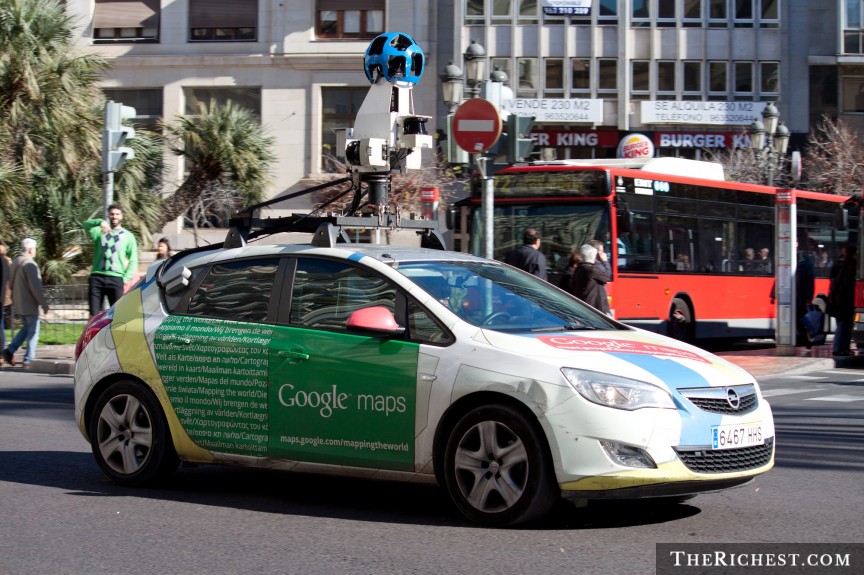 Millions of internet users has used Google Street View to see wide views of a lot of streets over the globe through the company’s network of still and moving cameras. Nonetheless, in October of 2014, a court in Montreal ruled that Google had to pay a woman for catching her in a image with “part of her breast exposed.” Street View cameras took a picture of Mary Pia Grillo, sitting in front of her house and was slightly leaning forward thus exposing her cleavage. From Grillo’s point of the story, she suffered from depression since her coworkers found the image and mocked her for it. Nevertheless, the court ordered Google to pay $2,250 to Grillo for violating her privacy rights, which the judge ruled Grillo hadn’t surrendered solely by being in a place where others could see her.

8. The company owns several domains that are common misspellings of “Google”. 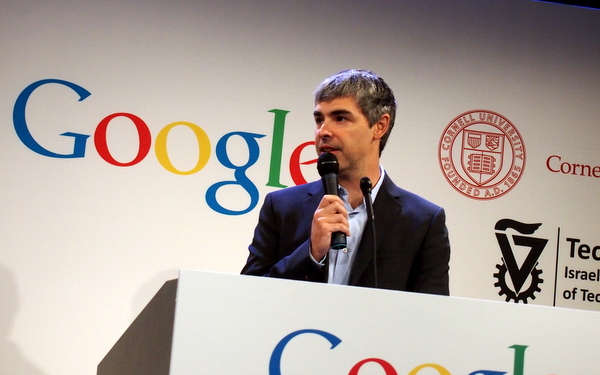 This may look like they are trying to corner the market too far, however, the company really has a good reasons to purchase domains that are common misspellings of its name. After all “Google” is one of the most misspelled words in the search history. For instance, the most common misspelling, that is “Googel”, has more than 5,000,000 searches every month. And by purchasing the domain and redirecting the hits to “Google.com”, the comapny makes sure that errant typers end up on the intended site. In fact, Google even owns the numerical equivalent of its name, “466453. And just to be sure, the company has bought the domains of common misspellings of its other products such as “googel earh”, “googel maps”. “googel adsense”, and “googel translate”. 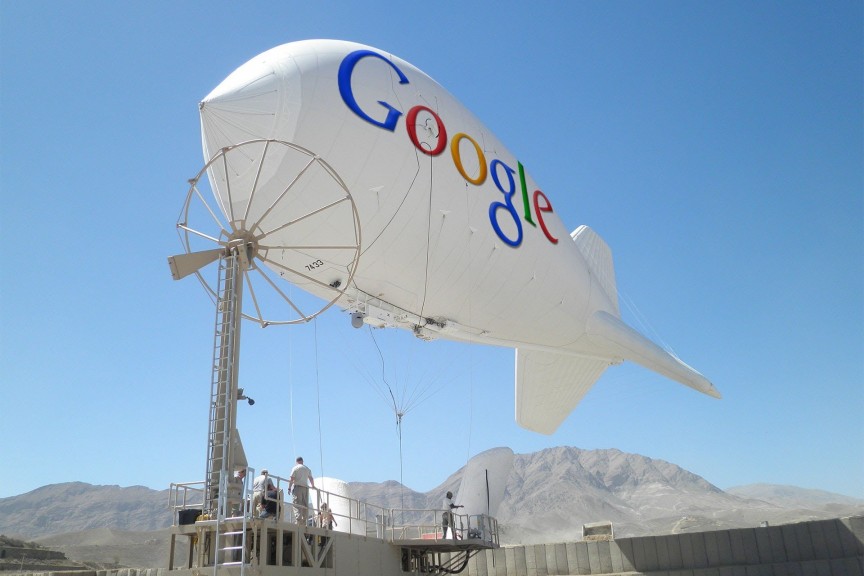 While a lot are fast to put the label “The Age of the Internet,” in this era, the truth is that over two-thirds of the world’s population has not yet enjoyed ready access to World Wide Web. Enter Google with “Project Loon” that its goal is to launch a network of balloons that travel on the edge of space to make to possible for anyone to access internet as long as they are within range. To be more specific, each balloon can provide of larger than 1,000 kilometers with Internet service. In fact, the project successfully conducted an experimental launch of 30 balloons in New Zealand on June of 2013. Then after some time, on June 2014, Goggle had the ability to provide LTE internet access to select testers in Brazil.

6. Google provides its employees with the most amazing perks 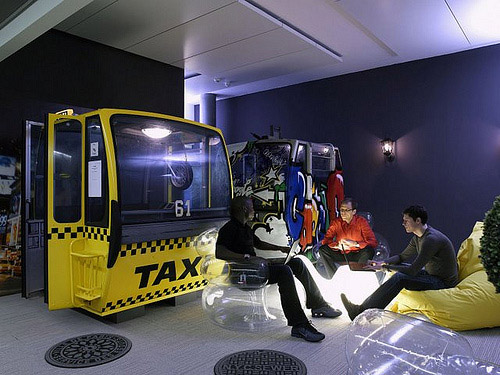 Google has been named by Fortune as “The Best Company to Work For” for five years in the previous eight years, which includes 2014, and that should not comes as a surprise for those who know the perks that the company gives to its employees. Eric Schmidt, Google Executive Chairman, explains why the company tries its best to make sure its employees are happy:

The goal is to strip away everything that gets in our employees’ way. Let’s face it: programmers want to program, they don’t want to do their laundry. So we make it easy for them to do both.

If they want to fulfil the goal, Google pays its employees an average of $100,000 every year. In addition to salary, “googlers” (as Google employees are called) are able to enjoy having on-site doctors, eating three free, full meals and unlimited snacks daily, being allowed to bring their pets to work, getting free haircuts, earning achievement-based free massages, and leaving their toddlers in free on-site daycares, and many others.

5. The Google corporate headquarters is a spectacle itself 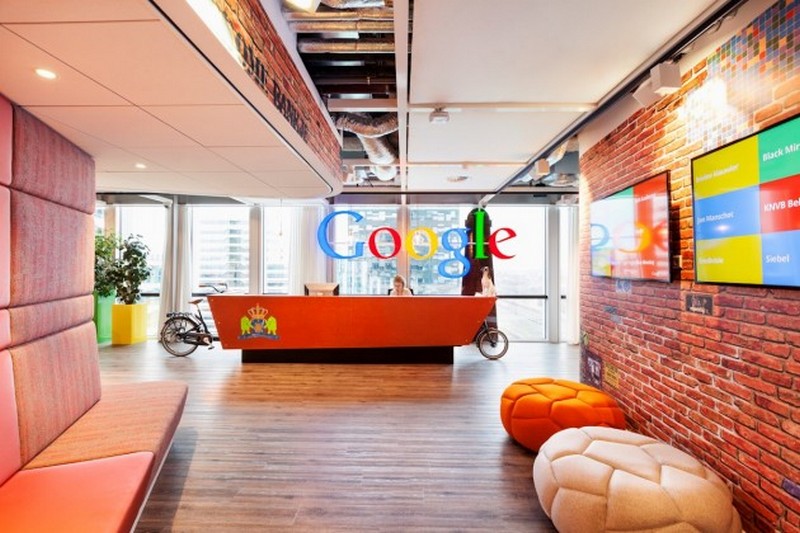 The company’s corporate headquarters, dubbed “The Googleplex” ( no doubt on the play on term “googleplex”), is really a sight to behold. Found in the Mountain View, Santa Clara County in California, once the company completes the 1.1 million square foot Bay View addition in 2015, it will be laying on 3.1 million square feet of property. However, even as the large expansion is yet to be finished, the site already shows dozens of noteworthy features, like a full T-Rex replica named “Stan” (with plastic pink flamingos strewn around it), a sculpture garden with famous key figures, the company’s own garden of vegetables named “The Google Garden,” and a lobby wall projection that shows what searches are being typed into Google from all over the globe in real time.

4. The first Goggle storage was encased in Lego and had a storage capacity of only 40GB. 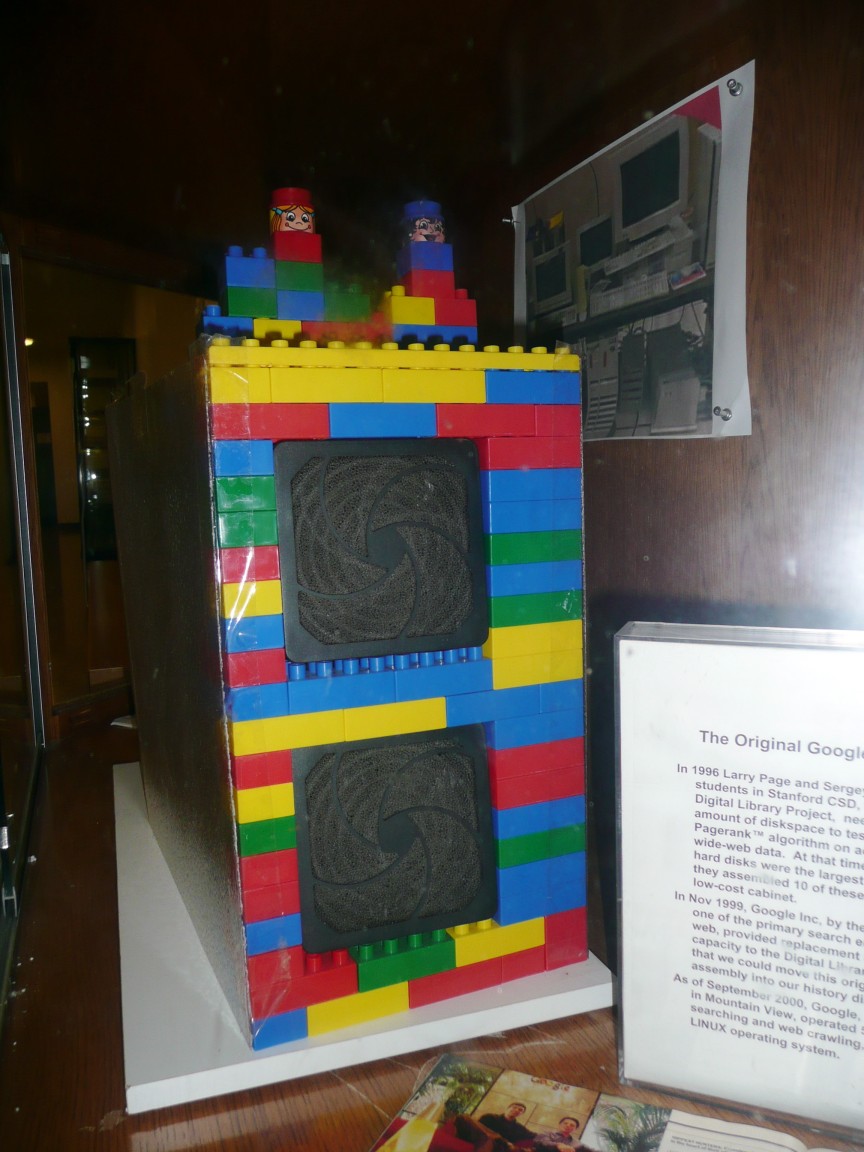 Yes, only 40GB, the modern iphone has more storage capacity than it. This first Google storage, which can now be viewed at the Octagon of the new Jen-Hsun Huang Engineering Center, which was seen as a super machine at the time in spite of only containing only ten 4-GB disk drives. It algorithms were made on a couple of computers provided by a special project at Stanford University and was made to allow the system to crawl the web to get its one of a kind link structure. Quite amusingly, the housing for the disk drives was created out of Lego blocks since the structure was easily expandable if they had to add more storage. Also, the machine demonstrates that even in its prime days, Google had a sense of humor as min-figures, also created out of Lego, were added as decor on top of the housing. 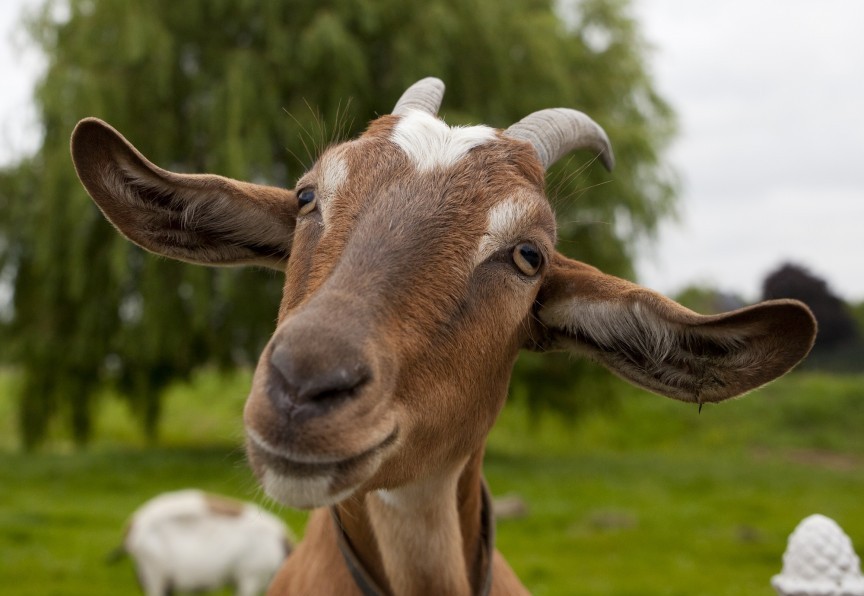 Google is proud of going green whenever they can, and the company really took a step to achieve that through hiring goats to keep the turf around Googleplex looking tidy and neat. To be more specific, Google contracted California Grazing to bring in a herd of 200 goats (and a goat-herder border collie) to trim down the weeds and scrublands at its Mountain view complex, a move seen as greener than using petrol mowers. On average, the goats stay for a week at a time at the Googleplex, and they leave the area looking as if it had been professionally groomed. “It costs us about the same as mowing, and goats are a lot cuter to watch than lawnmowers,” was the explanation given by Dan Hoffman, Google’s Director of real Estate and Workplace Services. 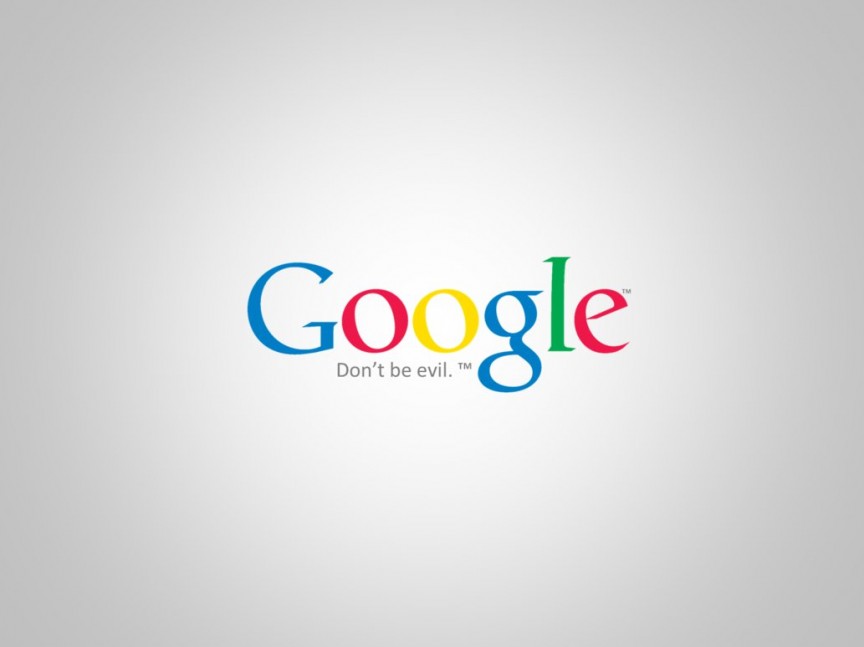 The most popular story about how Google’s corporate motto became “Don’t be evil” says that Google employee Paul Butcheit suggested it at a 2000 or 2001 meeting about corporate values. Butcheit later explained that the slogan was “a bit of jab at a lot of the other companies,” especially their competitors, who Google saw that they were “exploiting their users to some extent.” But the motto has been used by critics as an attacking point. For instance, in 2012, when Google announced that they would no longer be maintaining a strict separation between advertising and search results, Microsoft, its competitor, charged that Google had left the spirit of its slogan.

1. The Google search bar can be used as more than just a means of conducting searches 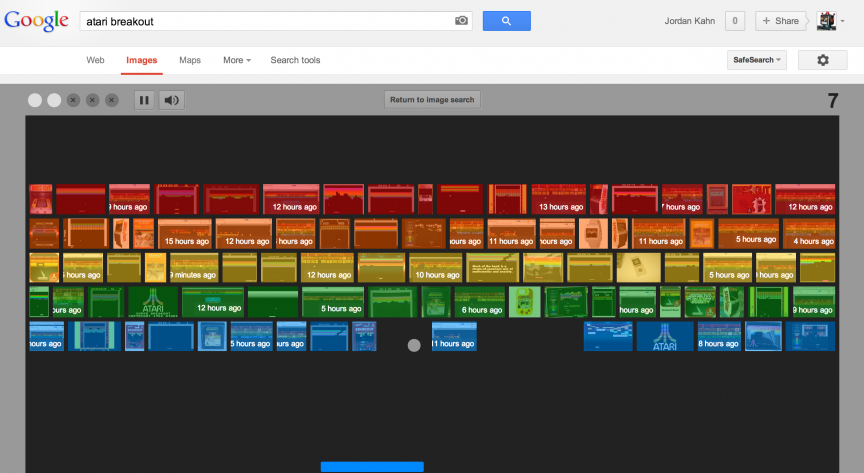 It obvious that Google’s search bar is normally a way of carrying out searches, but Google designers have added in lots of other features that go from the amusingly useful to utterly silly. For instance, if you type into the google bar equations, Google search provides a calculator to users that give the answer to the problem. Meanwhile, writing in “[food]” vs. “[food}” (for example, rice vs bread) shows a relevant nutrition comparison table. There is also the “define: word”, feature which makes Google an online dictionary. Of course, with the playful feature of the company, the designers have added a couple of crazy features: typing in “tilt”, “do barrel roll,” and “google in [year]” bring up entertaining effects, while writing in “zerg rush” or do an image search of “atari breakout” gives users the power to waste more than just a couple of minutes of idle time.