A long time ago, it was a huge gamble to dump hundred of millions of dollars into a film. You had no idea whether you would end up with another Waterworlds or Cutthroat Islands on your hands. When special effect made super-hero films possible, a lot changed. It is almost guaranteed to make a lot of cash, with only a few exceptions, if you make a film based on an existing comic. Even the super-hero than get panned by critics and fans tend to do really well. Studios put in so much money into these almost guaranteed paydays that every single one of them falls within the top 50 highest grossing movies ever.
Let us look at the cash put into these films, how they did, and what the future may hold for some of these franchises. 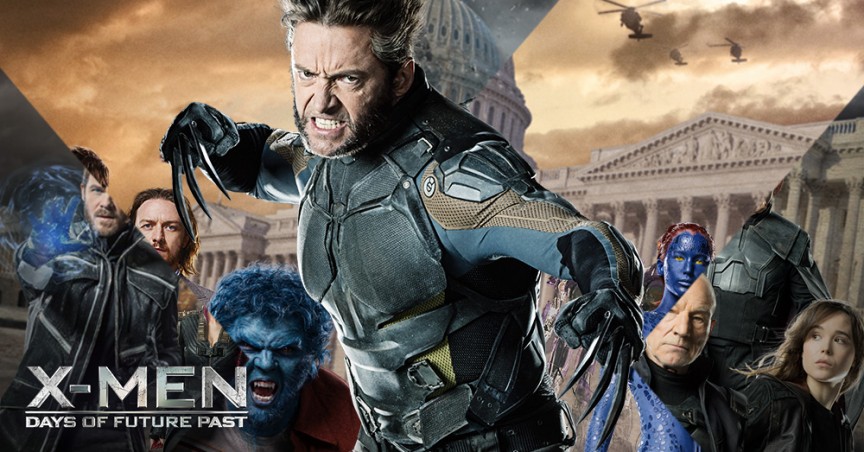 After a couple of misfires in the X-Men franchise, like the third installment called X.Men: The last Stand and a standalone Wolverine: Origins film, things were not in their favor for the longevity of FOX’s X-Men series. FOX did not give up on mutants too early, luckily. FOX took a small break and returned with a kind of reboot or prequel (requel?) titled X-Men First Class that returned most of the characters back into their origins in the 1970’s while at the same time bringing new characters into the franchise with an all new cast. The wolverine movie that everyone was looking forward to came after, it was called The Wolverine. All of this added up to FOX’s most costly X-MEn adventure yet: a time traveling tale that would link the new films with the old films. Director Bryan Singer was also brought back by FOX. This was the man who got riches with the first two X-MEn films. To add on to it, the time travelling element would be used to effectively eliminate films that nearly destroyed the franchise.
We would say this was money well spent if we look at this film helping save an entire dying franchise. 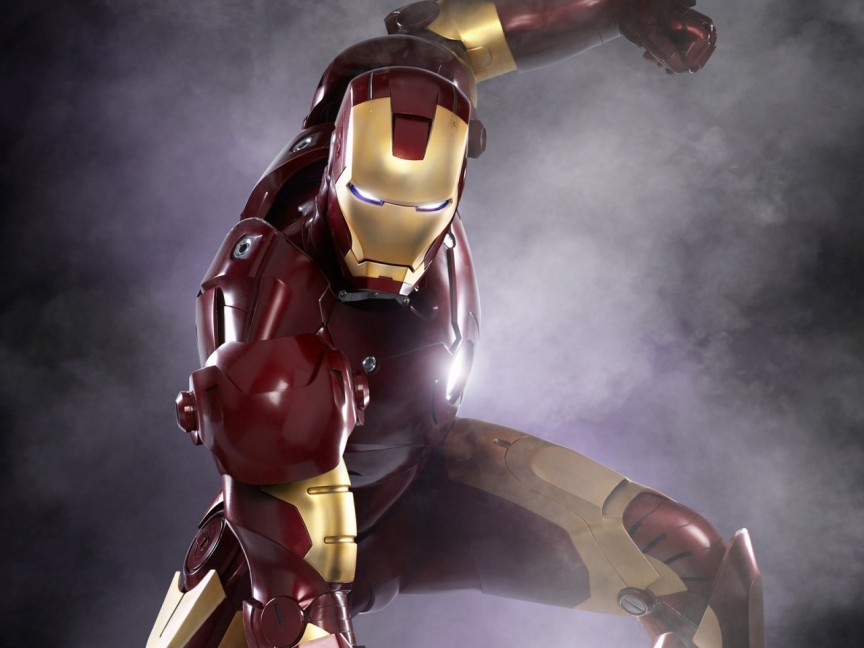 If you can make $1 billion with any investment of $200 million in the box office, you can consider that as money well spent. Not to say that these super-hero films essentially double as toy commercials. Who knows how much these movies bring in across the boad.
Iron man 3 is said to be the final in the franchise. Rumors came up that Robert Downey Jr. would be back as Tony Stark in the fourth film but it looks like those negotiations were for an appearance in a third Captain America film that would start a cinematic version of Marvel’s city war story-line, an event that pit Captain America and Iron Man against each other. 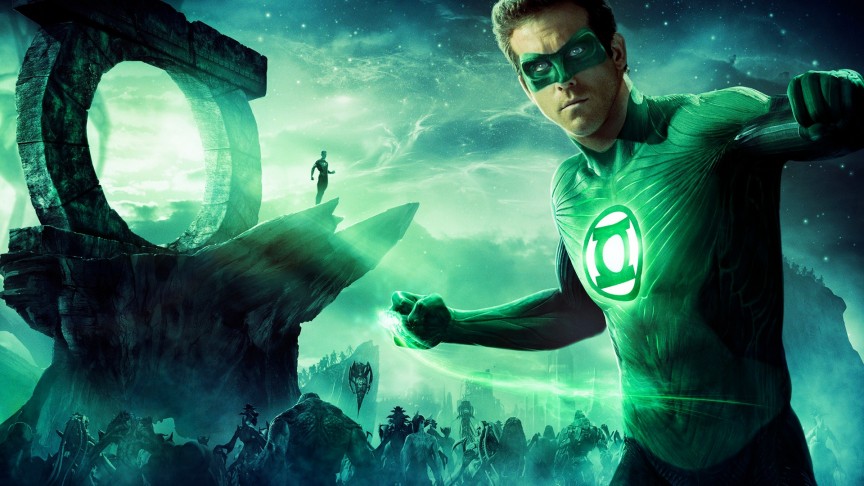 What can be said about the Ryan Reynolds’ Green Lantern film that has not been said a million times? After a $200 million investment and a really active advertising campaign, Green Lantern managed to be the 13th biggest box off bomb of all time, losing about $90 million when all was said and done.
DC comics just announced released dates for a round of ten films that would start their own cinematic universe that will be tie to their Man of Steel film. A new Green LAntern film is coming up, but we do not know whether it will be a new film or if it will start from nothing. Rumors and common says the latter is more likely. Let us hope the rumors are right. 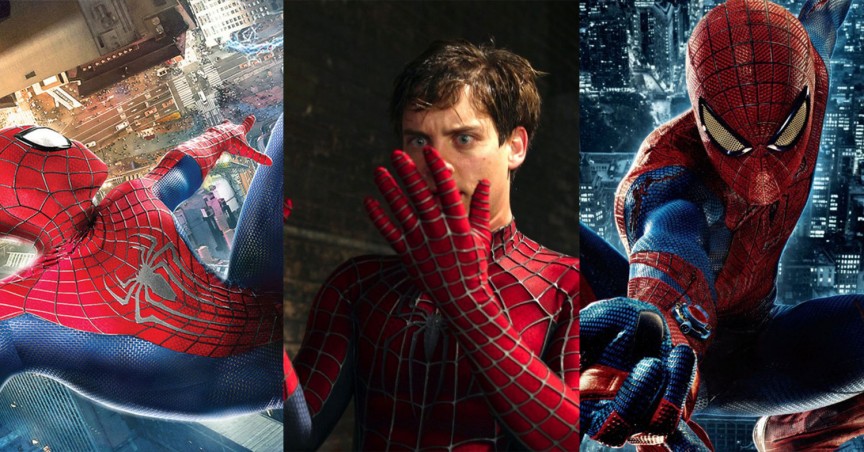 It would look like Sony has a formula they are sticking to when dealing with Spiderman films. 3 of the 5 Spider-Man have all been made on $200 million investment and all of them have performed great. That being said, the Amazing Spider-Man reboots are performing under what they expected. Sony thought that w=they would be bigger and better than the original three, when in real life, they are yet to rank against the original Sam Raimi trilogy. All of the Amazing Spiderman films have been really profitable, however, every instalment of the original films rank within the 50 highest grossing films ever – an achievement the new films are still waiting to fulfill. 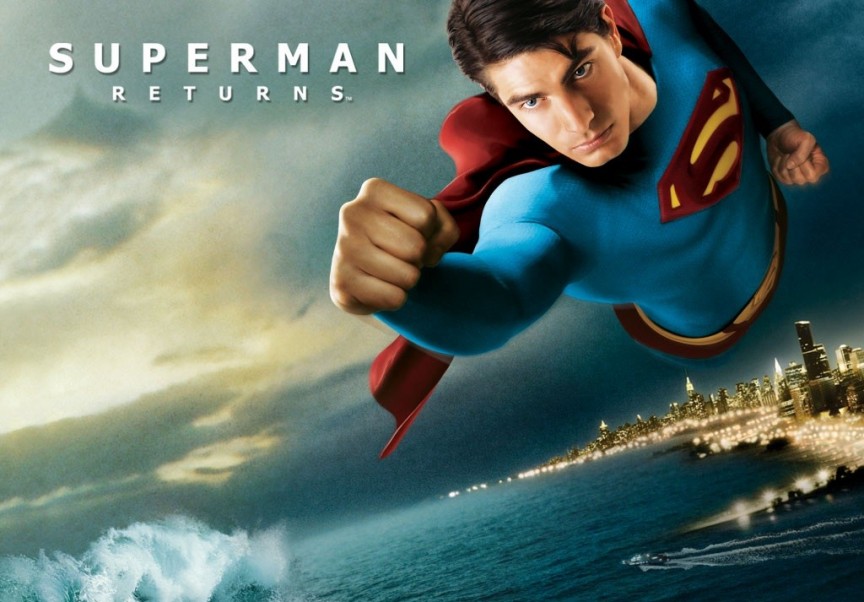 Believe it or not, this Bryan Singer that directed Superman film has a higher Rotten Tomatoes aggregate rating than the latest Man of Steel film that Dc is now placing all of their hope to kick-off their own cinematic universe.
An interesting move was made by Singer. He fit the movie into the original Christopher Reeves films, instead of going with an updated reboot, with the circumstance that Superman III and Superman IV never took place. The result was essentially a reboot of a sequel. Fortunately, Superman is such a famous character that nobody really needed an origin story of Superman and very few noticed exactly where the film was supposed to go. 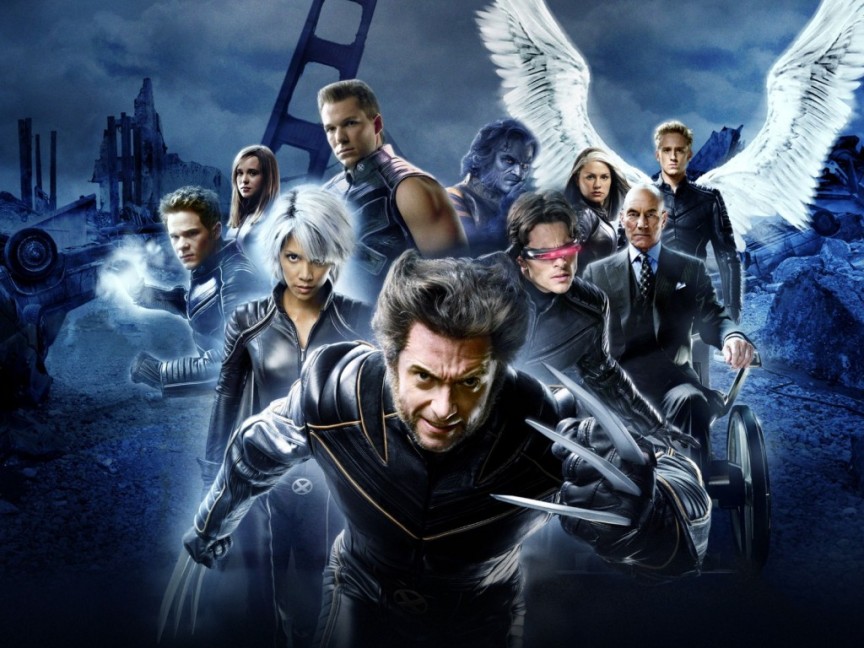 This X-Men film was the most expensive in the franchise and is highly seen as the film that nearly killed said franchise. The largest issue a lot of people had with this film was the fact that a “cure” for mutant powers was introduced, taking off the powers of iconic characters like Rogue. Also, a lot of people felt the film had crossed the line into “silly” territory, which isn’t very hard to do in a comic book film if the director is not careful. The director that the made the franchise so popular (and helped show that comic book movies was possible) was lost by The Last Stand. This was when Byran Singer left to do Superman returns.
A lot of money was still made by the film, but movie goers left with a bad taste in their mouth. 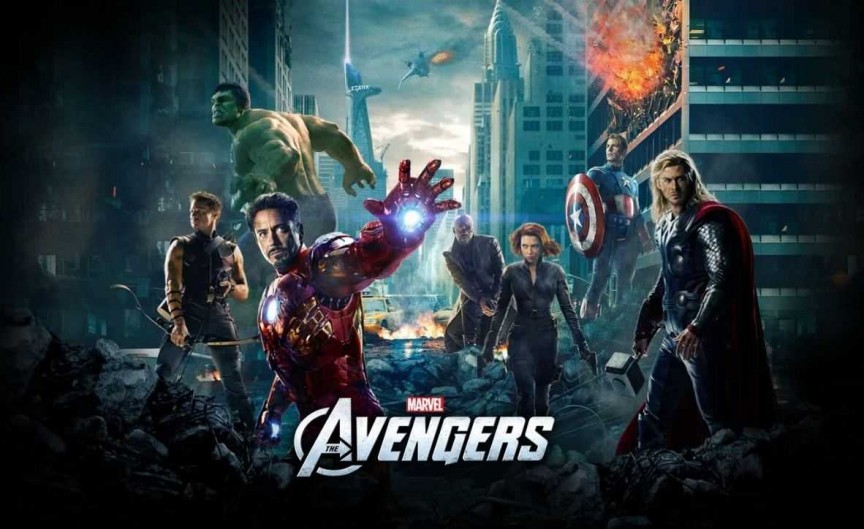 It comes to no surprise that Disney and Marvel spent a lot of cash in creating The Avengers. It must have cost a fortune to keep the contracts together, especially since the films leading up to it changed all the actors into house hold names if that did not happen already.
The Avengers paid off obviously since it ranked the third highest grossing movie ever. The hype surrounding the second installment looks like it is suggesting a chance for Marvel to beat their own record and possibly dethrone titanic or Avatar. Either way, Marvel’s estimation of $250 million investment into the second film should me most definitely be worth it. 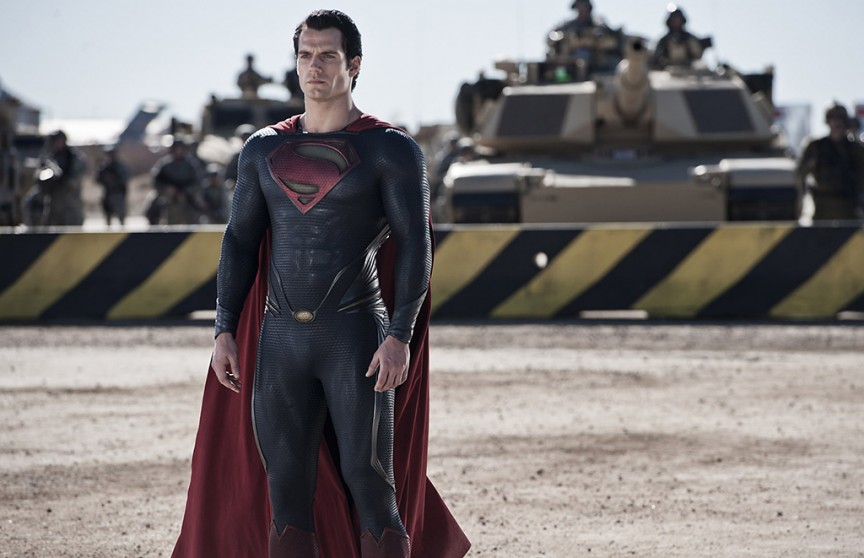 Man of Steel might not have done nearly as well as films in the Marvel cinematic universe, nor did it do well as the Christopher Nolan Batman films, but if performed well that Dc made up their mind to move forward with their own cinematic universe that branches out Man of Steel.
The Man of Steel sequel should do better than its predecessor as the film is surrounded with a lot of hype, and this hype increased when they announced that the new film would include Batman in a large role, and cameos for Aquaman and Wonder Woman. The film will be establishing the groundwork for Justice League films to compete with Marvel’s popular Avengers franchise. 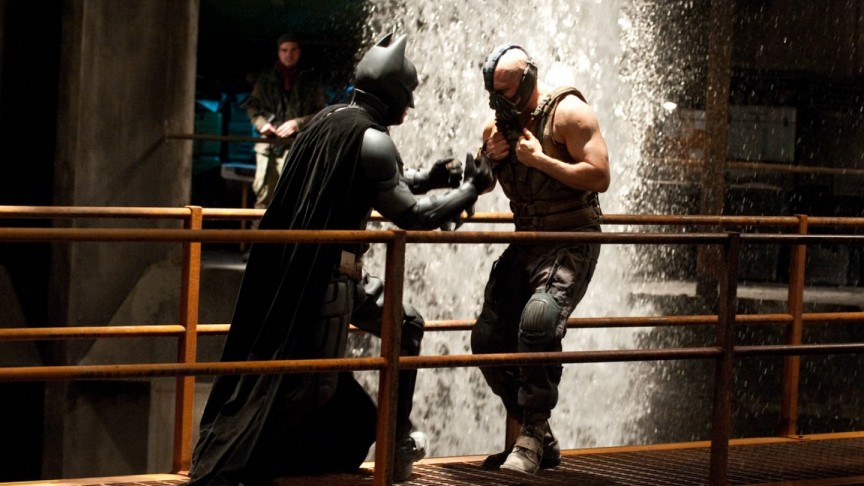 Many fan boys like to nit-pick and talk badly about Christopher Nolan’s last installment in Batman trilogy, but the fact remains the same that it is one of the top ten highest grossing films of all time, and also the top earner out of all ten of the Batman films DC and Warner Bros. have put out over the years. About a third of the money made across all ten Batman films was brought in by this film.
In spite of its well performance, Nolan only wanted the films to be a trilogy, and he didn’t want to put in super-powered individuals in his version of Batman. With DC wanting so badly to keep on going with their own cinematic universe, a fourth Nolan Batman film wasn’t coming from anywhere. 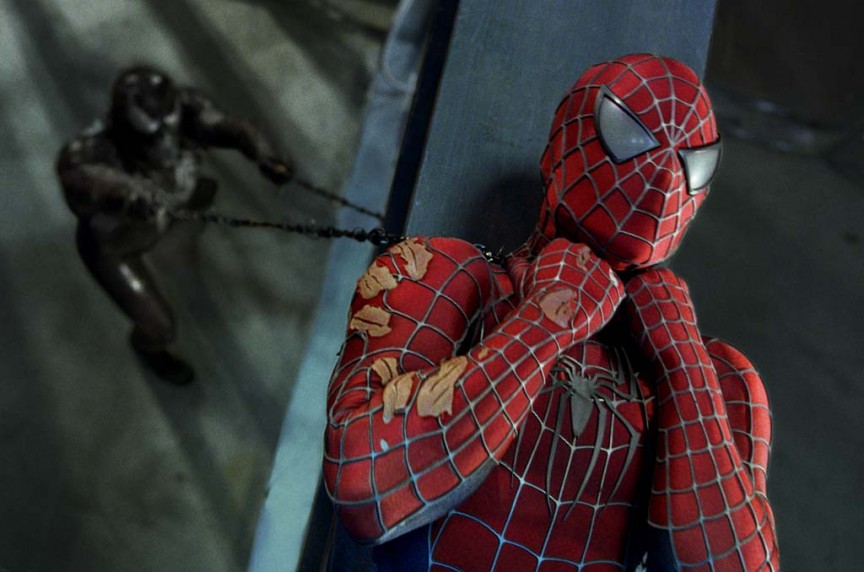 In spite of many fans feeling that this film was so bad it killed the Raimi franchise, it was the highest grossing Sony Spider-Man film and in the top 35 highest grossing films ever. There was so much negative fan reaction that Sony didn’t want to take their chances with a fourth film, not to mention the fact that there were issues keeping director Sam Raimi and their original cast on board. In a bold movie, Sony rebooted the entire franchise just a couple of years after Spider-Man 3 was released, and after only five years after release of Spider-Man 3, they released The Amazing Spider-Man.
While it looks like the new films are doing well revered, neither of the two have bottled the same success as Raimi’s trilogy.