Like something out of a horror movie, thinking of a worm making it across your eye sends chills down your spine, until you figure out it is actually happening. There is a parasitic worm moving slowly across your eyeball, and you can feel it. In the middle of the night, you wake up, in a cold sweat, completely dark and feel a burning sensation on your skin, reaching for the light switch to find where the burning is; a festering ulcer on your leg. This is when you find out you have a parasite using your skin as a womb to raise its young.
The thing is, parasites are found everywhere, in most living matter. A big part of these parasite don’t infect and stay in humans, they just leave us alone and go to our livestock or our pets. However, there are few specific parasites living in the dirty waters, contaminated soil and even in our pets that will gladly make a new dwelling area inside our stomach, skins, eye and brains, doing everything from simply using us as a vessel for their own means, to being our cause of death.
Listed below are the ten most horrific parasites that infect humans, in homage to Halloween and Nick Cutter’s gruesome (and topical) new horror novel The Troop. 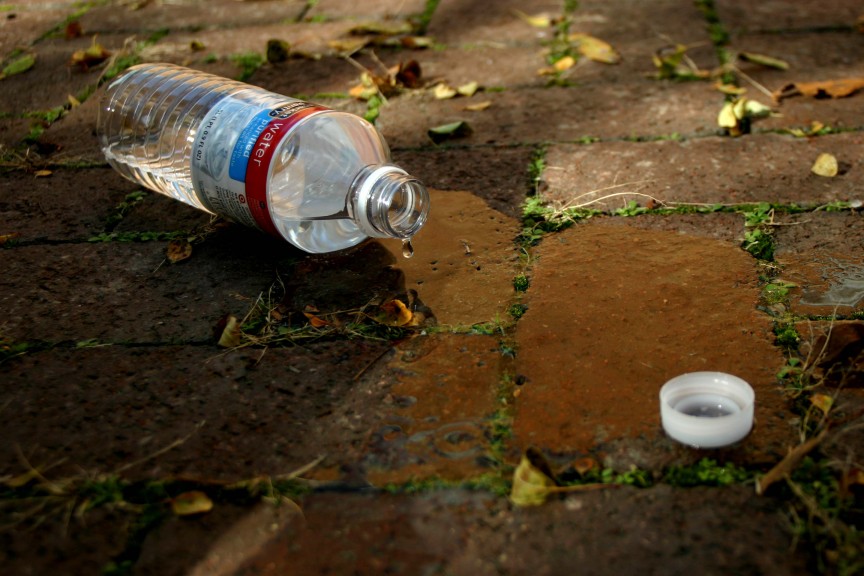 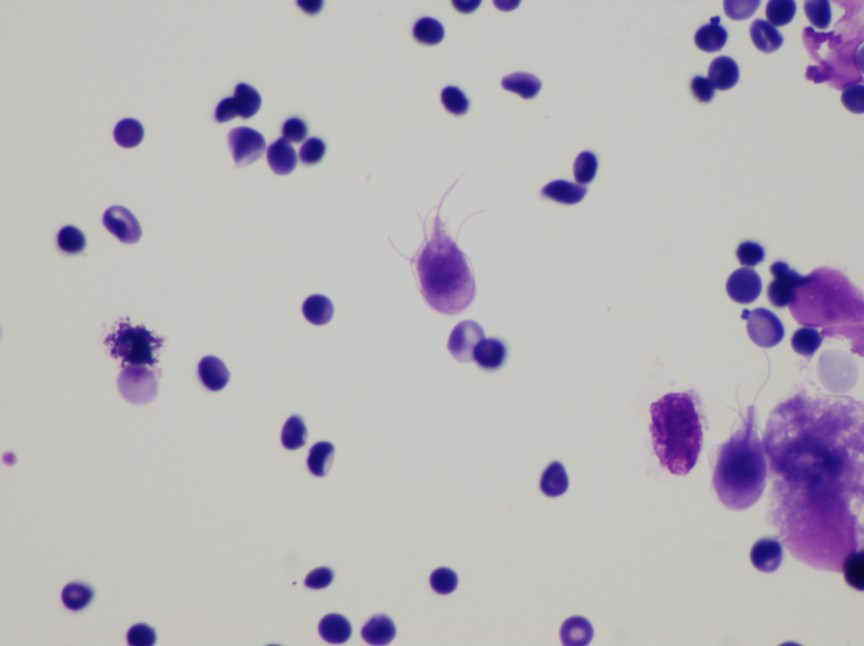 One of the most common parasites found in humans, good old Giardia is a truly worldwide, equal opportunity parasite. In fact Giardia will infect your pet cat, dog, even bird as well. Gotten from ingesting tiny microbial cysts hiding in stagnant, dirty water, infected food or faeces (yes, faeces), Giardia Intestinalis shows a couple of symptoms, from the easy enough to deal with bloating, loss of appetite and fatigue to the totally disgusting; noxious, uncontrollable gas with a smell that might make you or anybody near you to throw up, uncontrollable diarrhoea, which may have psu or blood and violent vomiting with again, the possibility for pus or blood. The good news? The parasite usually goes away after a few weeks in healthy people. The bad news? Giardia Intestinalis is only symptomatic in about half of those who have it, meaning it could be inside you at this very moment… 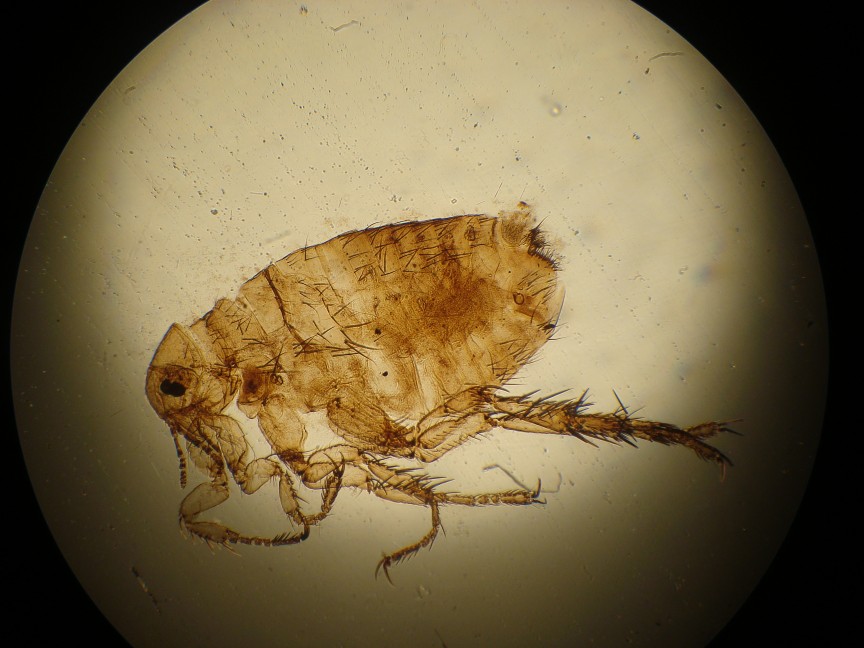 Tunga Penetrans is an ectoparasite that has a lot of names: the Sand Flea, Chigoe or Jiggers. Whatever you want to call this parasite, you don’t want it. It is a tropical bug that will live in your feet and give birth to its young. After the male fleas eat like vampires on a possible host blood, the female flea digs all the way to the bottom of the foot, leaving only her feet and reproductive organs revealed. While the female prepares to lay her eggs, a black blister forms. After a couple of weeks, the female dies and the eggs hatch. Best case scenario, the mother flea either is scraped out of the host skin or falls out. Worst case, the flea is fixed into your skin which can lead to losing toes and gangrene. 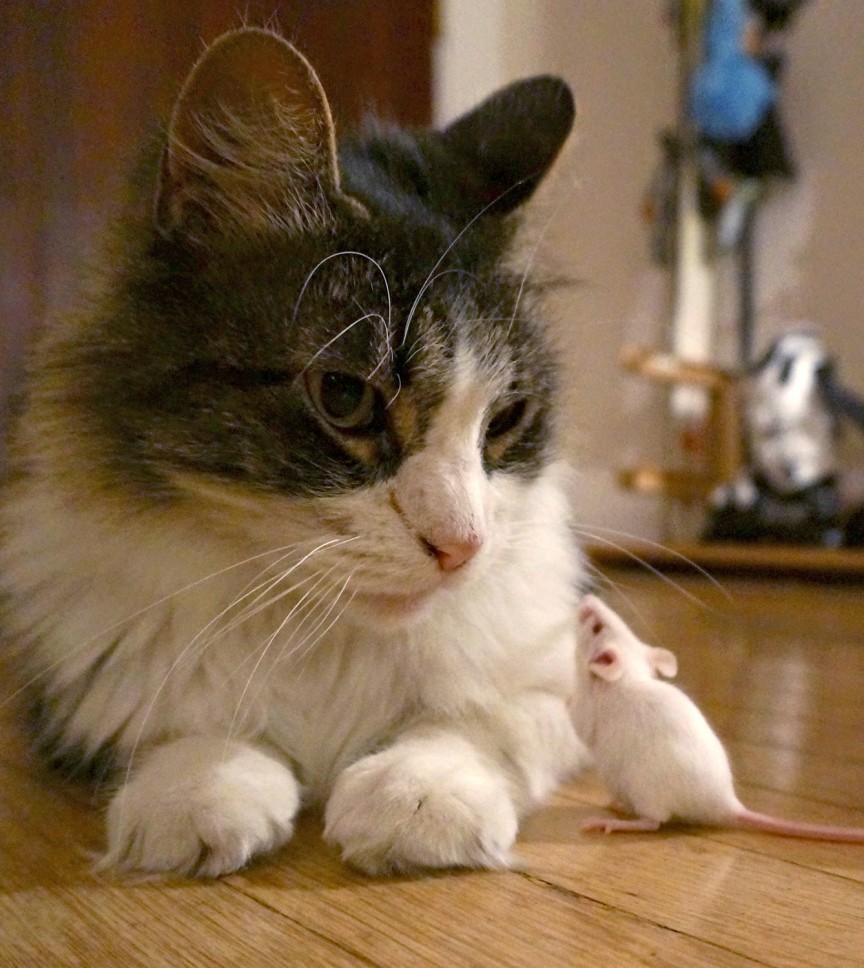 Do you love your cat? So does Toxoplasma Gondii. Normally seen as a feline parasite, humans are really quite vulnerable to being infected with Toxoplasma Gondii as well. Up to a third of the global population either has or has been infected with Toxoplasma Gondii. From ingesting undercooked meat, and improperly washed fruit and vegetable are possible causes, it’s most likely from kitty where you will be exposed to Toxoplasma Gondii. As if having some kind of self-destruct mechanism, rodents having this parasite immediately become drawn to cats, which makes them easy targets. Cats normally relish in their new, docile pret and kill said rodent easily, leaving a nice new corpse as a gift on your floor, bed or doorstep. Apart from transferring it though cleaning up kitty’s well-meaning gift, it can also be transferred through cleaning the litter box. The effects of parasites on humans differ, though it is well known that pregnant women are especially in danger since the parasite can infect an unborn child. Flu-like symptoms are normally all an infection may produce, but research undergoing right now has even linked Toxoplasma Gondii to schizophrenia. 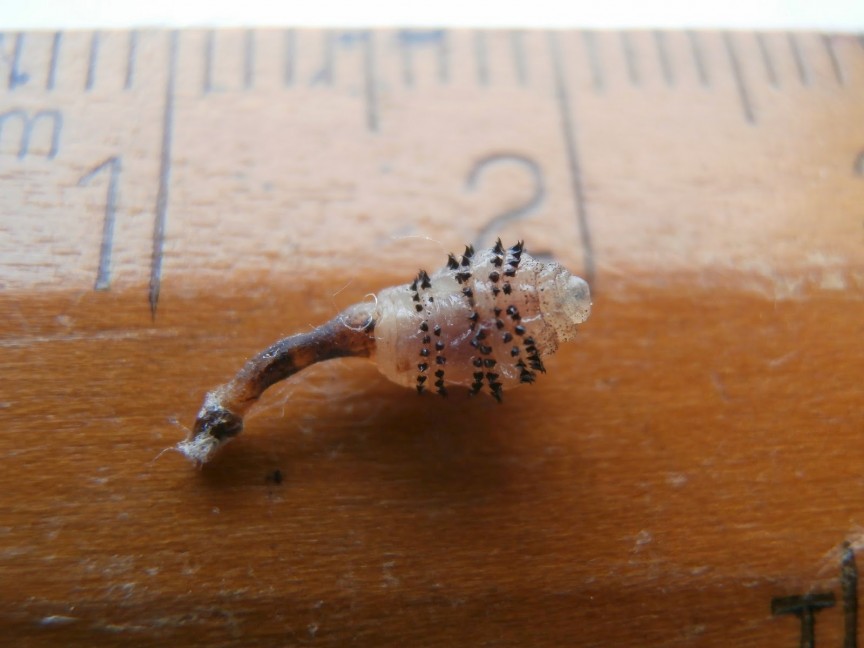 Dermatobia Hominis, also known as the human Botfly, is a tropical parasite that uses the human skins as an incubator before releasing their young into the world. Dermatobia Hominis ingeniously lays eggs in insects that feast on human blood like ticks and mosquitoes. Once the bloodsuckers find a human to feast off of, not only do they get blood and leave and itch, they also leave a squirming mass of minute larvae that burrow a hole into a host’s skin. After the larvae are warm and snug inside an arm, thigh or neck, they incubate for up to ten weeks, all the while breathing from a hole the resilient parasite dug through the skin of the host. Oh, and the host can feel the larvae moving inside them as well. If the larvae get to maturation, they will finally leave the body to keep on going with their journey to parasitic adulthood; if not, surgery could be required in the affected area to remove the larvae. 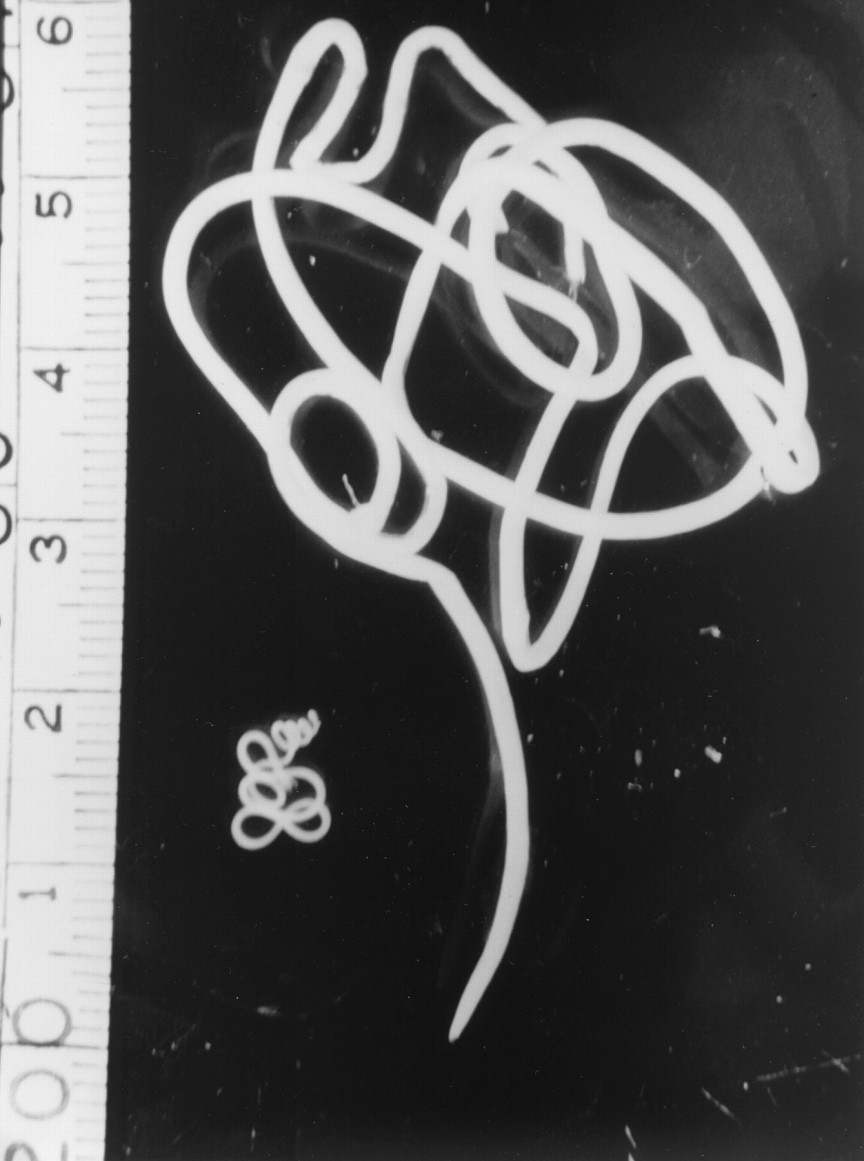 One of the more well known parasites in the planet, Dracunculiasis Medinensis, mostly called the Guinea Worm, is acquired from drinking dirty water that is has fleas having the Guinea Worm larvae. For up to a year the parasite toys with its host producing any symptoms at all while reproducing in the stomach until a sharp burning pain is felt one day, and the formation of a blister start a long and treacherous battle against “the fiery serpent.” While the blister forms, the host suffers from fever, burning pain, rashes and nausea; the worm is just migrating. After the blister pops, the female Dracunculiasis Medinensis uses the break in the skin to try and release her larvae to repeat the process. More than one worm infect a lot of people at a time and the only way to get rid of the worm is the tiresome process of winding it around a stick. If this does not work, the worm may die in the host’s body leading to abscess, arthritis and even paralysis. 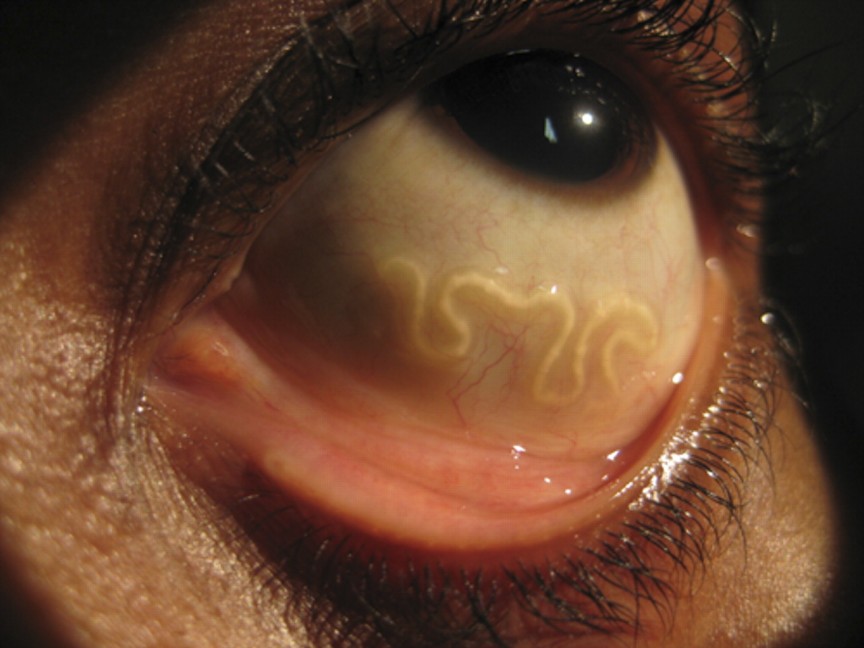 Ever had something in your eye? Well, unless it was Loa Loa, it the chances of it being a worm is slim; a worm that can be felt inside your eyeball crawling. Caused by the bite of specific types of flies, the Loa Loa nematode will start migrating inside a host’s body from the place where the fly bit, leaving painful swelling and ulcers on the skin at it travels from place to place, however, it always goes for the eyes. As horrific as Loa Loa sounds, it is really easy to cure with either a minor surgery or antibiotics taking care of the infection. IN untreated, the worm can stay for 17 years in a human being. At least it only takes about 15 minutes for the worm to crawl from one side of the eye to the other side of the eye. 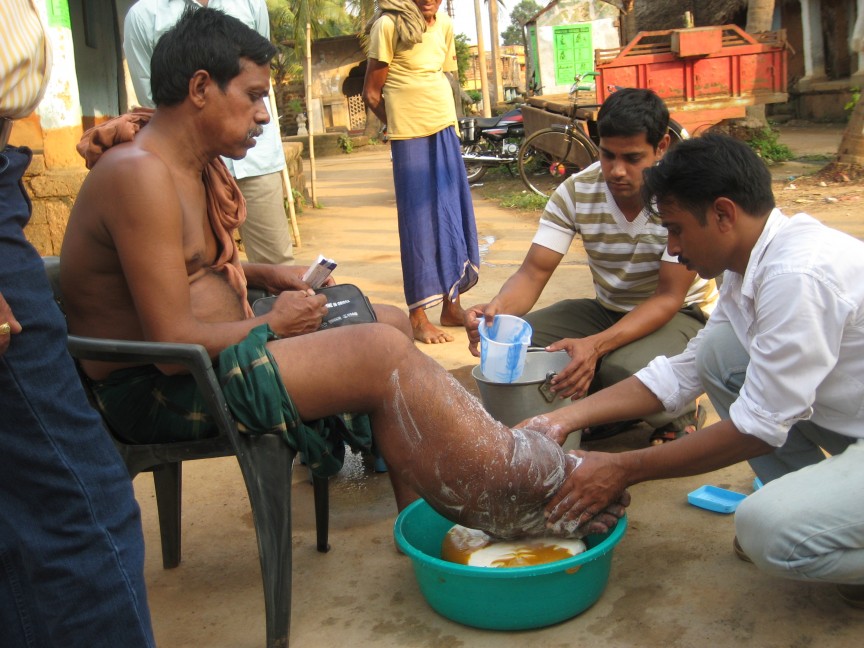 Infections come from different types of Filial Worm, Filariasis is a group of diseases all with different deadly complications. Caused by a bite from either black flies or mosquitoes, the most serious infections a host can get from these worms living inside their body are like river blindness, which can cause blindness indeed, and the more famous and sensationalized Elephantiasis, most are asymptomatic. For the unfortunate, Elephantiasis causes the enormous swelling, thickening of the skin in a lot of infected people, most often in arms and legs. Also, pain is normally felt by people with Elephantiasis; coupled with the swelling of their limbs the diseases makes day to day life routine difficult. Without a doubt an epidemic, Elephantiasis is the cause of almost 40 million disfigurements and incapacitations over the planet. 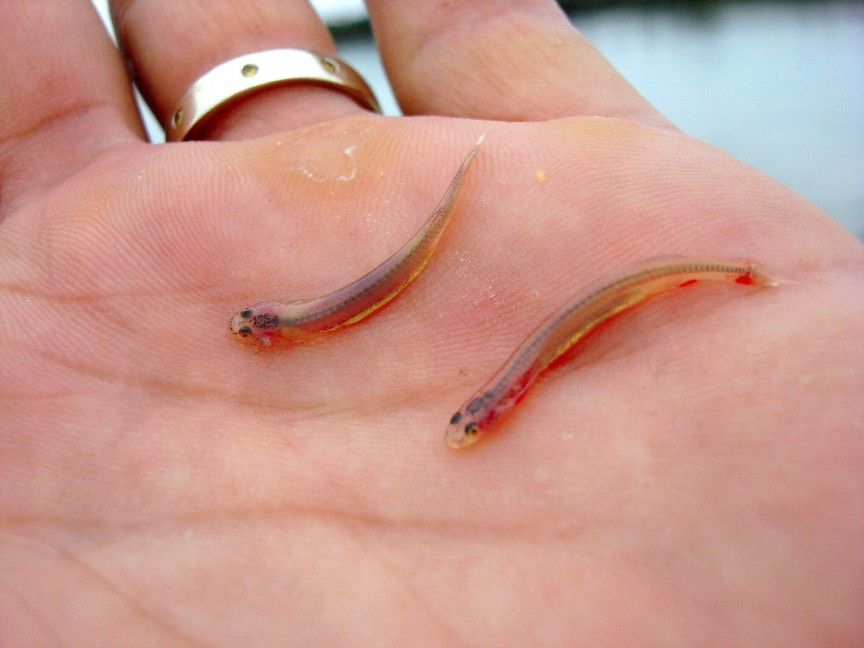 A vampire fish if there was one, the Vandellia Cirrhosa is a tiny Catfish that is found in the Amazon. It survives though attaching itself to bigger fish so that they can drink their blood. Vandellia Cirrhosa usus smell to hunt its victims; the fish is drawn in by the smell of ammonia and follows the scent of ammonia produced by a larger fish to attach its very sharp spine into his gills to feed. The funny thing is, ammonia is also released by humans; when we urinate. When out in the Amazon for a leisurely swim with no outhouse around, well… the water is as good a place to go as any, right? If you want a vicious vampire swimming in your urethra and attaching itself painfully inside you to feast on your blood then yes, go for it. The really painful, invasive and humbling surgery needed to remove the vampire fish may make you think twice, and give new meaning to the idea of using nature as a toilet. 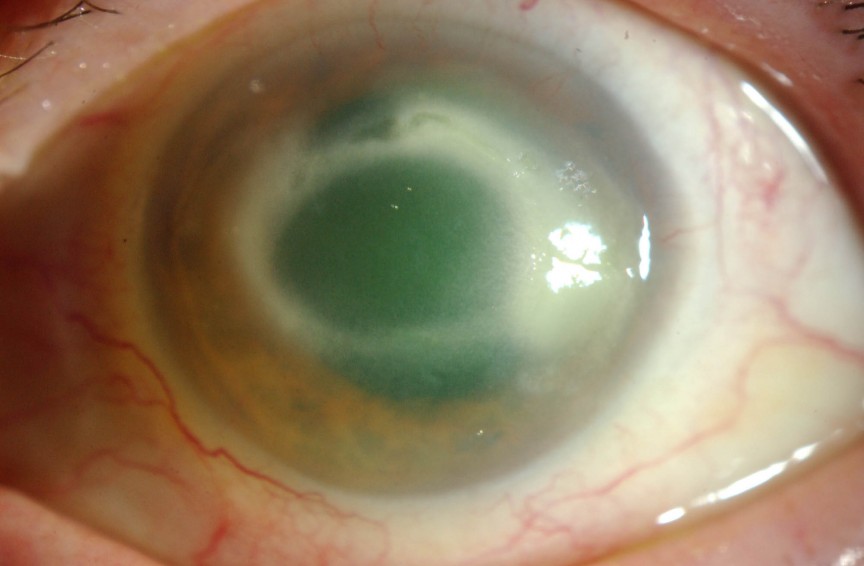 A relative new parasite to the world, Naegleria Fowleri has wasted no time in putting its name as one of the deadliest parasites in the world. Really a brain eating amoeba that is the cause of Primary Amoebic Meningoencephalitis, Naegleria Fowleri dwells in the water and uses the nose as an entry point to the body. Within a week inside the body, it starts to eat tissue in the brain, leading to symptoms that first show as nausea, fever, hallucination and vomiting, and quickly causing respiratory failures, seizures and the mass destruction of brain cells leading to death. Even if Primary Amoebic Meningoencephalitis is not common, it has been the cause of deaths in all demographic people from all over the world, making it a truly terrifying and indiscriminate parasite.