For those who don’t know, Ellen Degeneres is an American comedian very popular for the hit talk show The Ellen DeGeneres Show. Here are 10 weird facts you don’t know about her 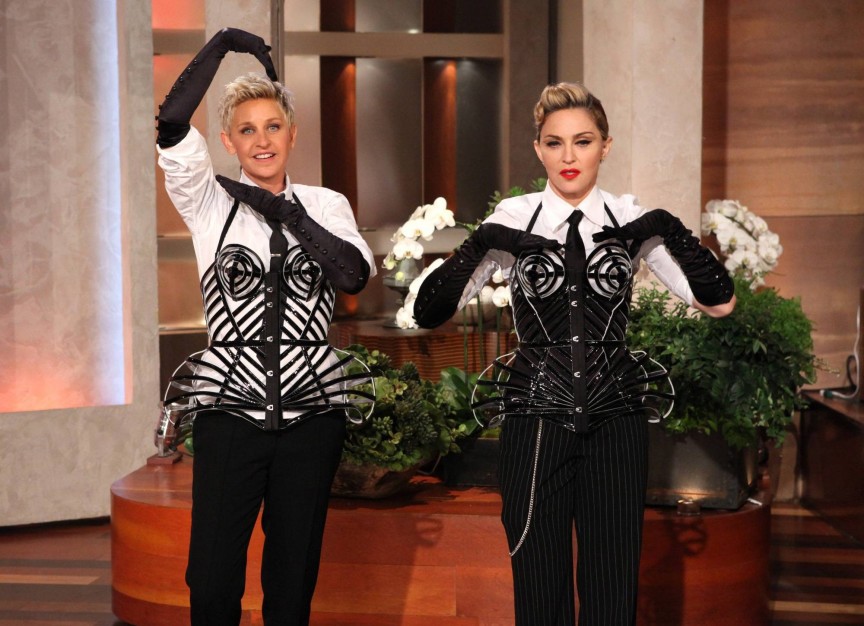 Yeap, Ellen and Madonna are related. The musician and the comedian share the same 10th great grandfather Martin Aucoin who was from France. The two are now both famous, were both in the same year and know how to dance.

9. A Disney Ride Has been Named After Her 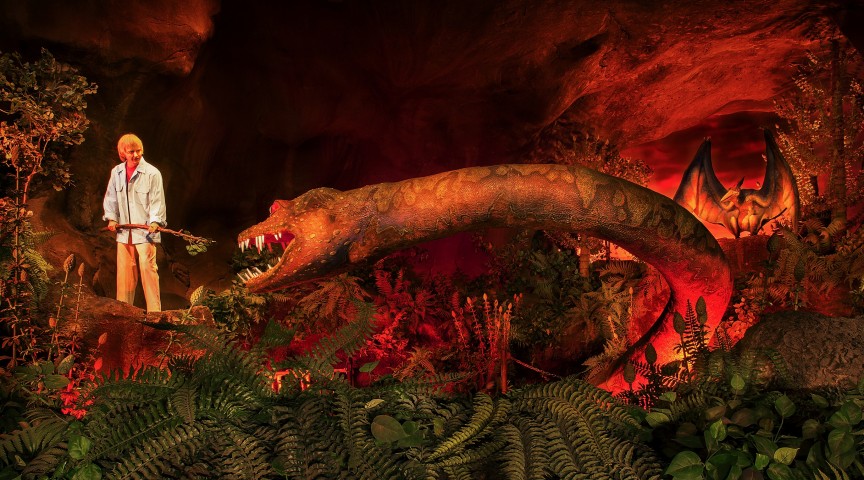 The Ellen Degeneres head is found in Disney’s Epcot. It is a ride where you take a ride through Ellen’s subconscious. You also get to kind of experience time travel since you get to see dinosaurs and learn about the formation of fossils. 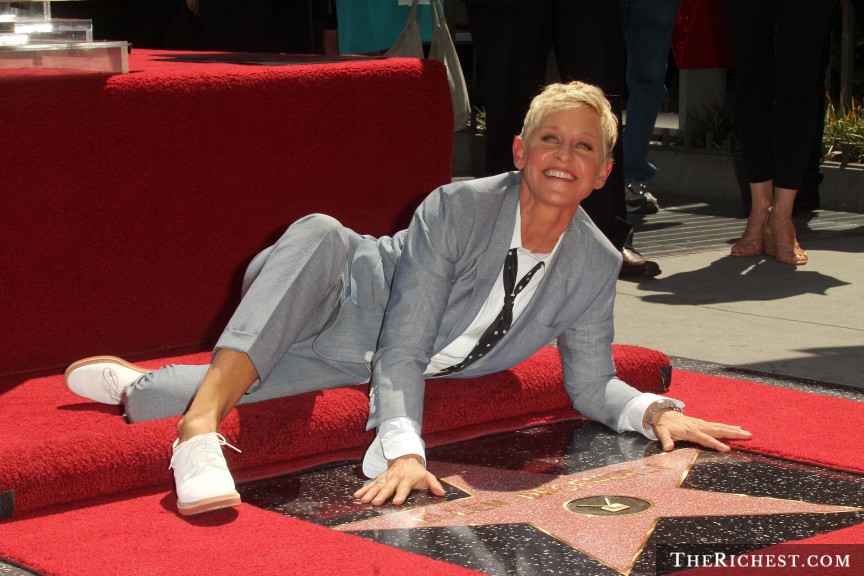 Well it looks like comedy does pay ALOT!!!  She makes $70 million a year from her daytime talk show, books and also has a position as a Covergirl spokeswoman. All this is self made.

6. Ellen was Molested By Her Stepfather 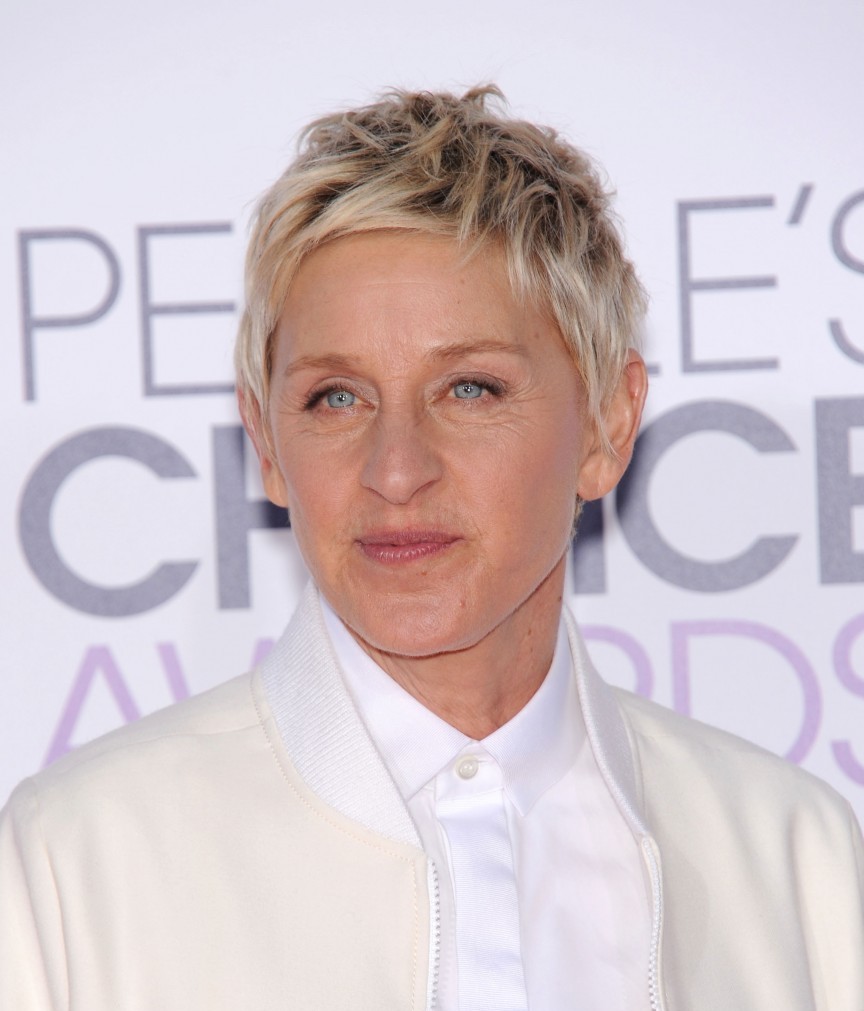 After splitting form her husband, Ellen’s mother ended up having so many boyfriends. She also got married more times and her third husband ended up molesting 16 year old Ellen. Ellen’s mum had just undergone a masectomy so Ellen’s step-father’s excuse was wanting to feel some breast to know what a healthy chest felt like. He has also tried breaking into her bedroom.

7. Her brother is funnier than her 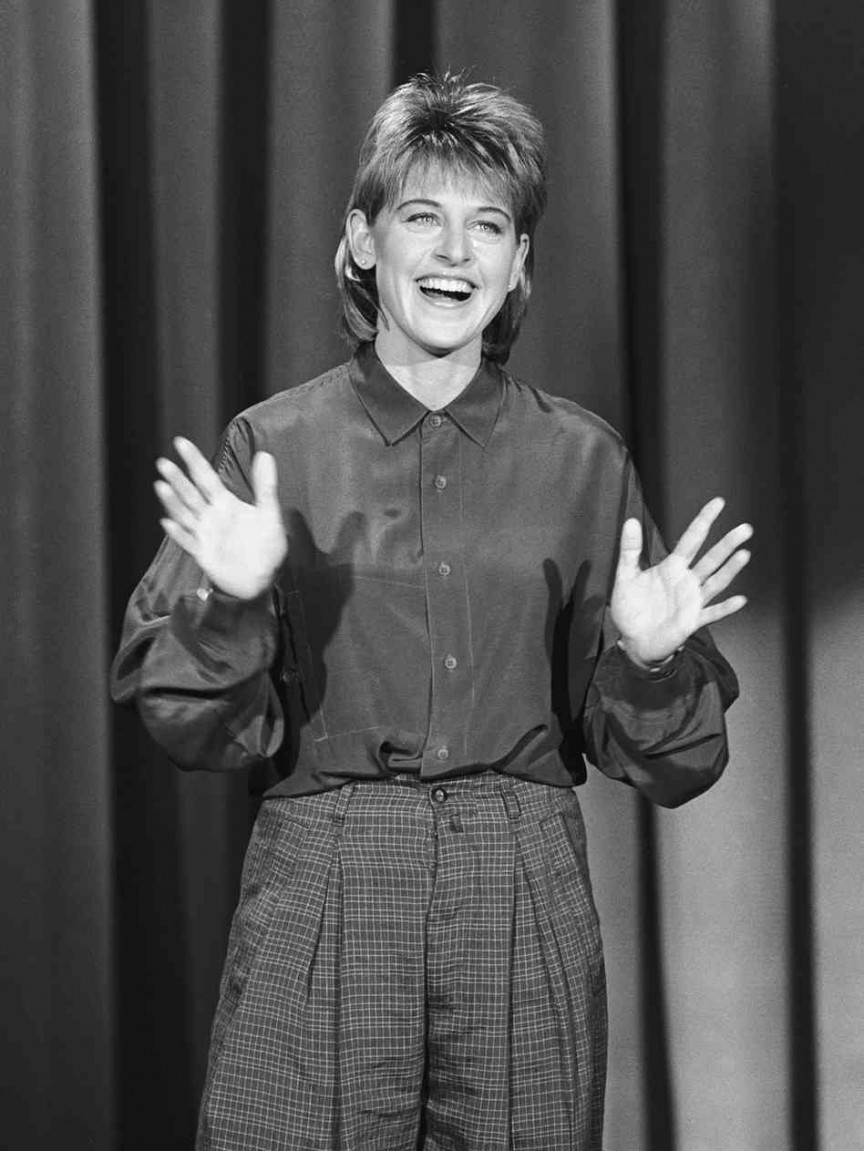 Ellen grew up in Louisiana and spent most her time outside on a bike exploring while her brother cracked most of the jokes. Her comedy side started after the experience of her parents divorcing and this helped her deal with the tough times.

5. Ellen was broken after her break up from Anne Heche 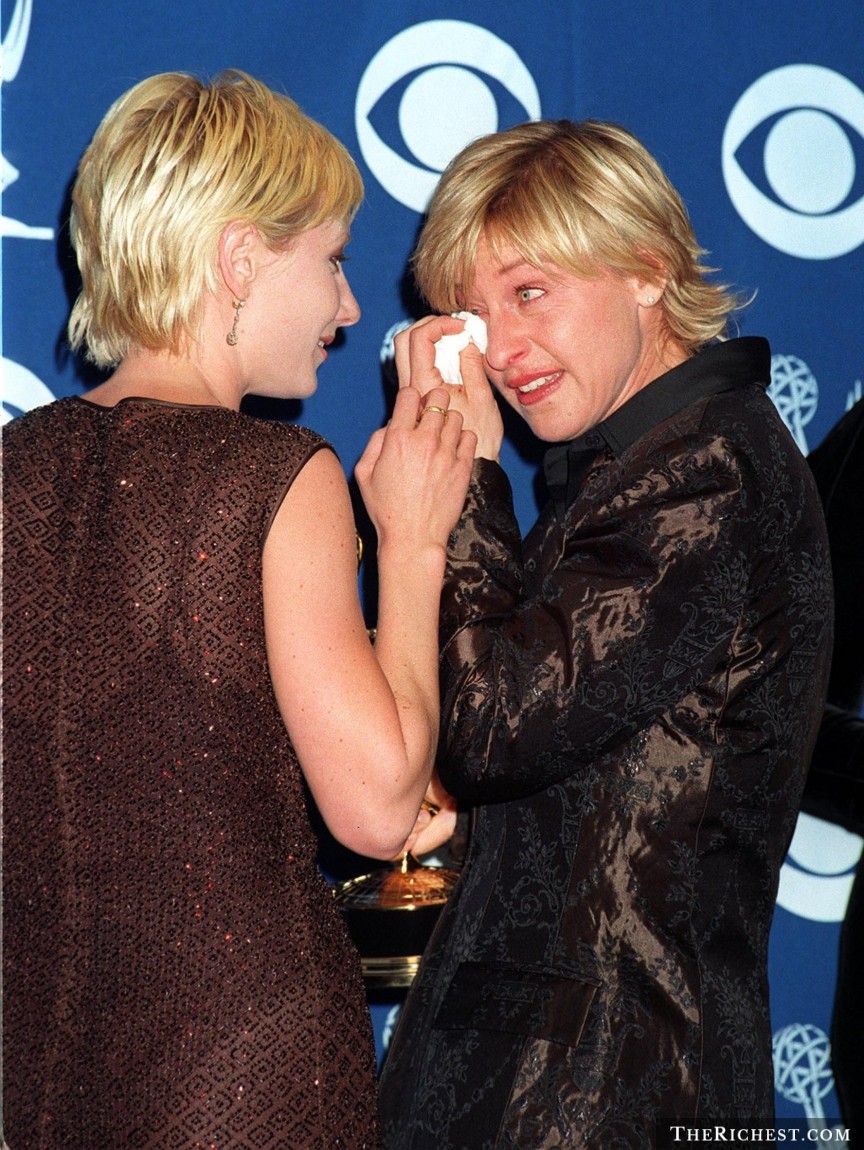 Ellen Degeneres and Anne Heche were very public about their relationship. It ended back in 2000 after just three and a half years. Ellen came out expressing how truly broken hearted she was after the messy split.

4. Ellen was raised as a Christian Scientist. 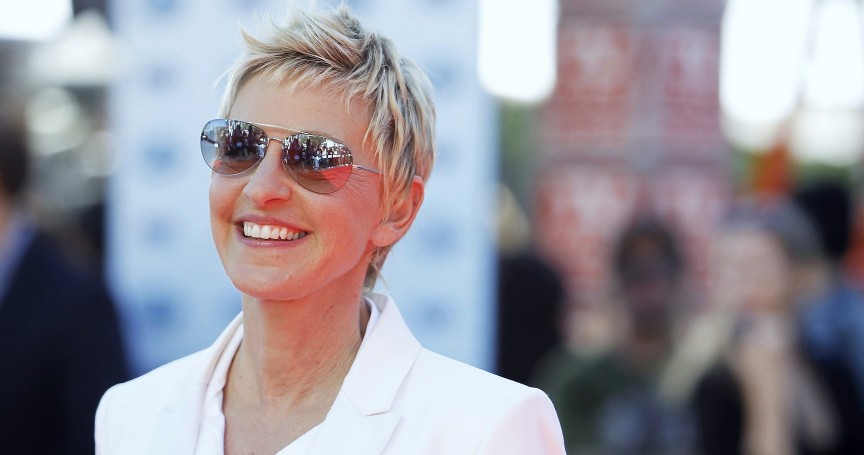 Ellen’s family practised a religion called Christian Scientist. The followers of these religion don’t believe in using medication or seeing doctors. WEIRD… Ellen confessed that as a teenager she has never used any aspirin. Currently she does believe in God even though she calls herself non-religious.

3. She lost to Michelle Obama in a push up contest.

This one you have to see for yourself

2. She has been sued by so many Record Labels 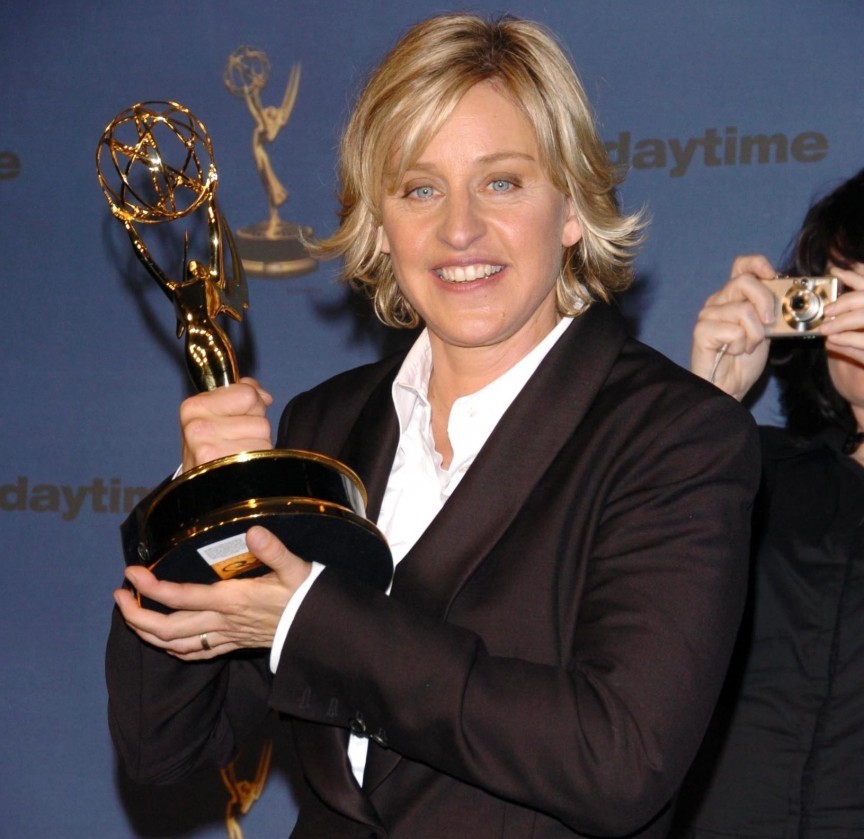 Ellen has encountered a number of lawsuits due to copyright issues. Labels have accused her of playing more than 1000 songs without permission or paying for the licenses. She has since resolved them all.

1. She Drove Past Her Ex’s Car Crash 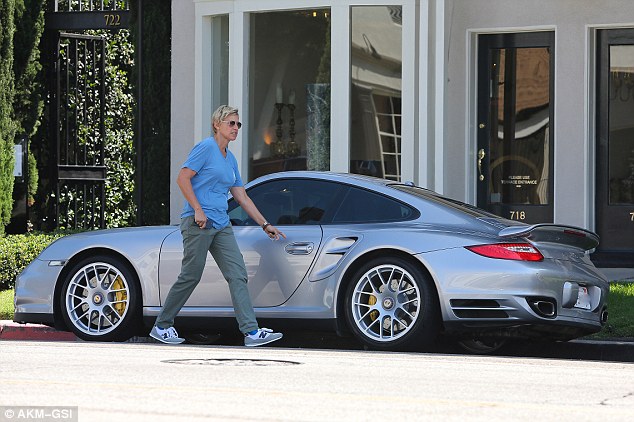 Back when she was just in her 20s she date a poet called Kat Perkoff who owned a bar in New Orleans. This helped Ellen grow in comedy. Kat ended up cheating on her then Ellen left but was to go back to her once she learned not to cheat. Kat got into an accident and Ellen drove past it but didn’t know it was her. After this she started questioning God and her beliefs leading to “Phone Call To God” comedic act. The two has been living together and she was very heart broken.