It would be very hard to find anyone who does not like games, and video games are the way to play these days, there is no question about it. They have been here for decades which, while a short amount of time, have surely allowed the flourishment of a few franchises and companies. With the normal video game at a price of $60, it is important for gamers to feel that they are investing in a property that is worth owning – another game may not be affordable to them for a while.

That is why it’s so important for gaming companies to create an indicator of quality, and it is why some series can build lightning excitement just by announcing another installment is coming soon. These are franchises that within a couple of days, they can sell millions of copies, a feat the leaves other publishers green with envy.
Mobile games will not be appearing in this list since that is really a separate group of gaming. If we travelled into that accessible and cheap area of gaming, we would see a little more than mobile games – Angry Birds alone has been downloaded more than 2 billion times! Listed here are the 10 highest-selling videogame franchises, of the more traditional kinds, in terms of sales. 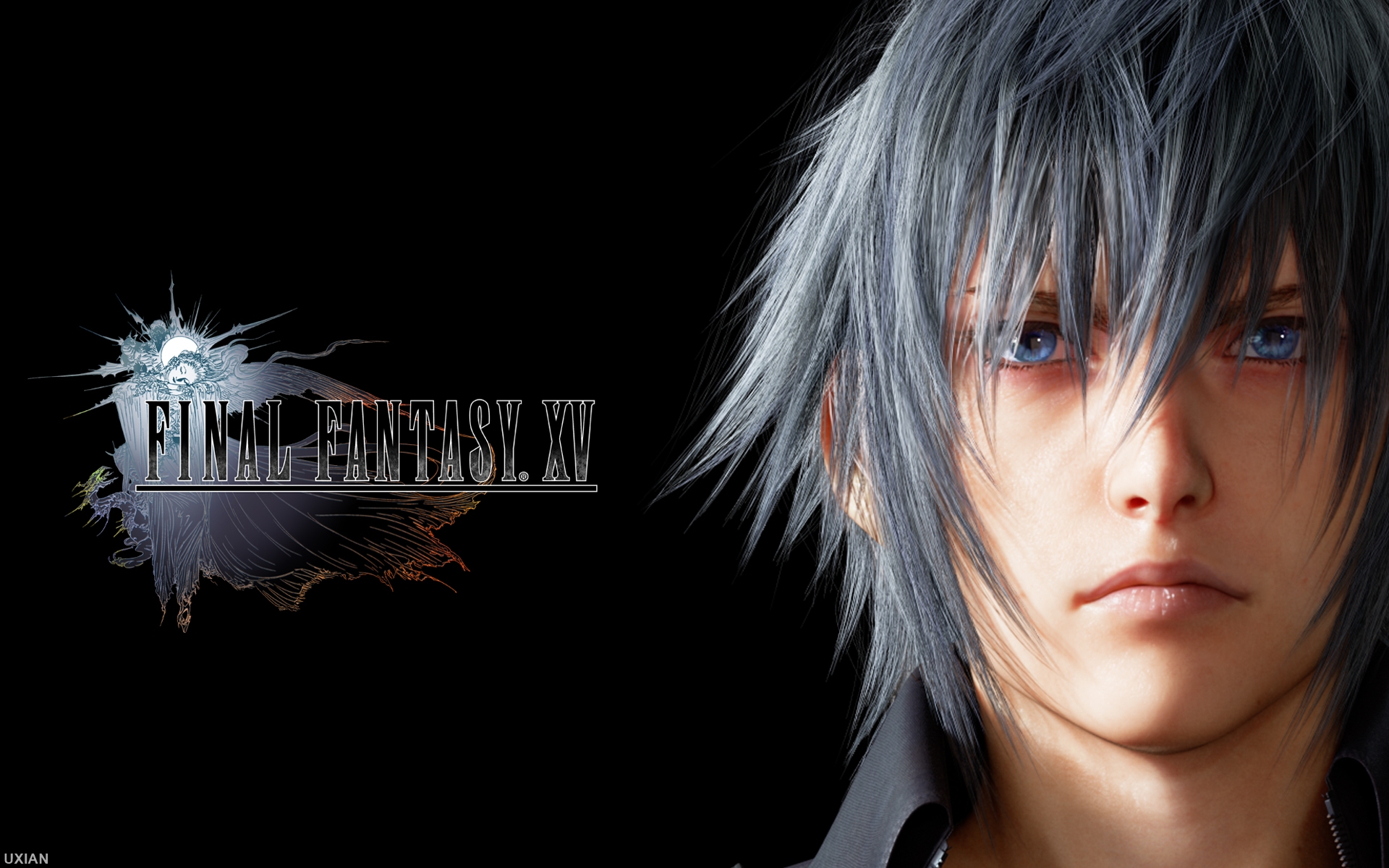 Since it was released in 1987 in Japan, Final Fantasy has been a huge influence on console role playing games. Currently, the series has 14 installments to its name, besides many more spinoffs. Even more impressive is the way the entire JRPG (Japanese role-playing game) genre looks like it is depending on how well the FF franchise to keep it afloat. Lamenting on the long wait for the fifteenth installment in the FF series, Kotaku writer Jason Schreier said, “ When Final Fantasy declined, with only one single-player main installment in the series even coming out during last generation of consoles, other JRPGs simply started to disappear. Most companies only wish that they could have this kind of influence.
The series spans different casts, worlds, and realities, science fiction and melding fantasy elements together in distinct ways that consistently challenge even long-time players of the franchise. 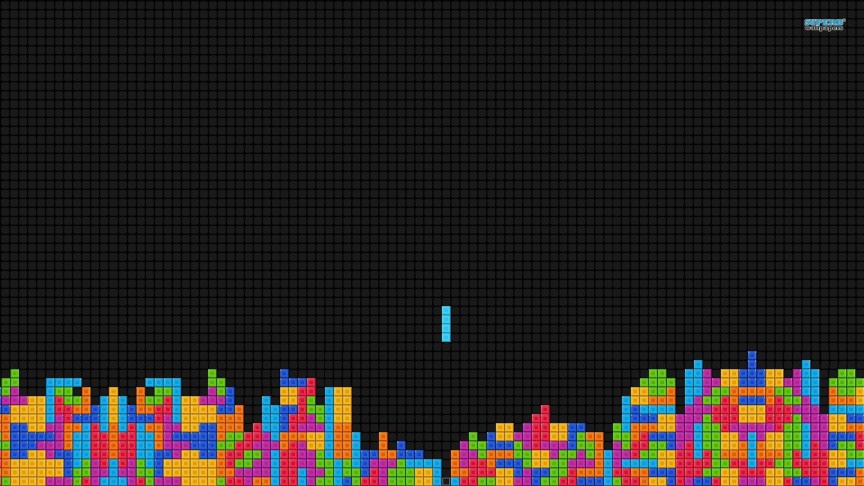 If we look at the innovation, impressive graphics, and impressive gameplay of many other franchises on this list, its shocking that a simple game like Tetris was able to stand the test of time as one of the top sellers in video game history.
Then again, a Time article about the creation of the game said that creator Alexey Pajitnov had trouble stopping himself from playing the game while he was programming it, and also quotes game designer Henk Rogers as saying, “I believe there is some basic psychological pleasure sensor that Tetris has found that other games don’t.”
Whatever it is, over 125 million copies has been sold by this simple puzzle game in 2009, and has surely sold more since. 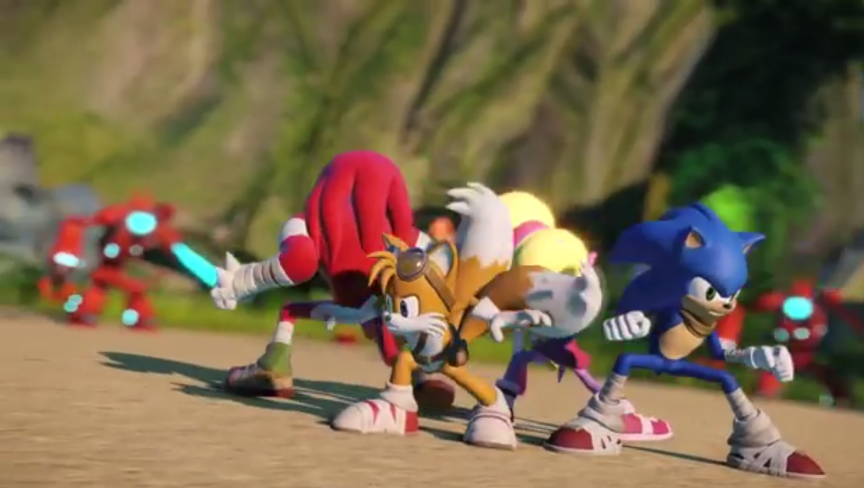 He is a speedy blue hedgehog out to outwit Dr. Robotnik and collect gold rings, and he’s sold an outstanding 140 million copies of games across a variety of genres.
Long a staple of Sega video game consoles, most of Sonic’s time was spent post-Dreamcast as a multi-platform guy, appearing in a lot of titles for mobile devices, handhelds and consoles. Sonic games span a variety of genres – like the first entry on this list – with platformers, racing games, and sport titles to his name. The okay reception to footage from “Sonic Boom” – his upcoming game for the Wii U – might be an indication that his star is starting to fade, but with those kind of numbers, you cannot say that this character was not hugely popular for a long time. 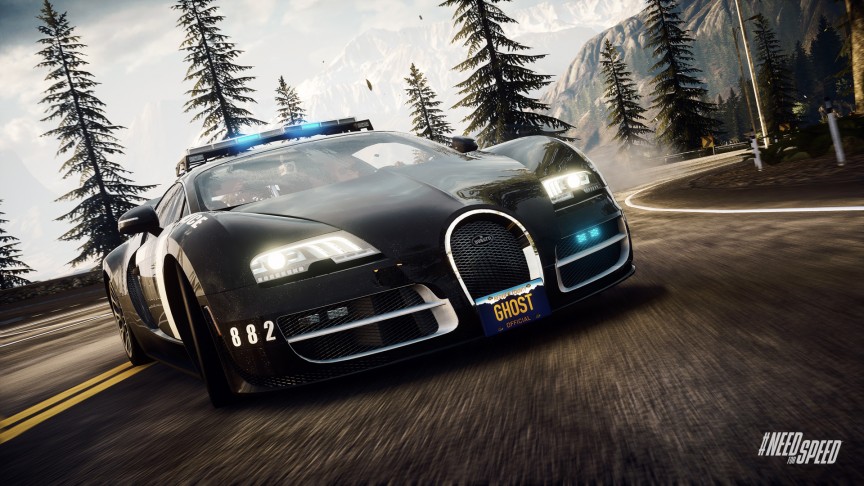 Racing games are a dime a dozen, with all of the consoles giving a realistic racing sim for gamers to enjoy. The most successful racing game by very far is Need for Speed, a street-racing franchise which since 1994, when it was first released, it has sold 150 million copies.
Need for Speed has gone in for quantity, like many of the top-sellers, since it relies on a frequent release schedule to try to keep its fans happy and keep fresh. Since 1997, the series has released one new game every year with the exception of 2001. Publisher EA announced that 2014 will also be a gap in the franchise release history, with the next game only expected in 2015.
The series, which has received acclaim from critics for the most part, was adapted into a film in 2014 starring Aaron Paul. That was not quite well received, getting a dismal reception upon release. 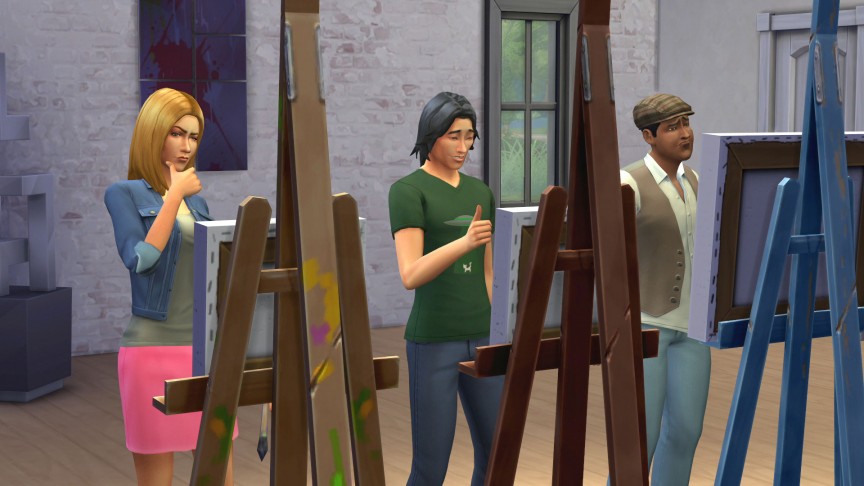 Is there anything better than playing God? Whether you are making a couple of characters to jump into a pool, freezing reality, and then removing the water before they land, or pulling strings to throw them into a hilarious romance, there is lot’s to do while playing a game like the The Sims. To add to the flavour, the games are not typically very demanding in terms of corrupting power, which means it is a simple game for most people to pick up and play – you don’t need an expensive gaming PC.
That explains a lot of why the series has sold 175 million copies (not including the games fro the related Sim City franchise), and with the fourth installment just released, expect to see that number rise up even more. 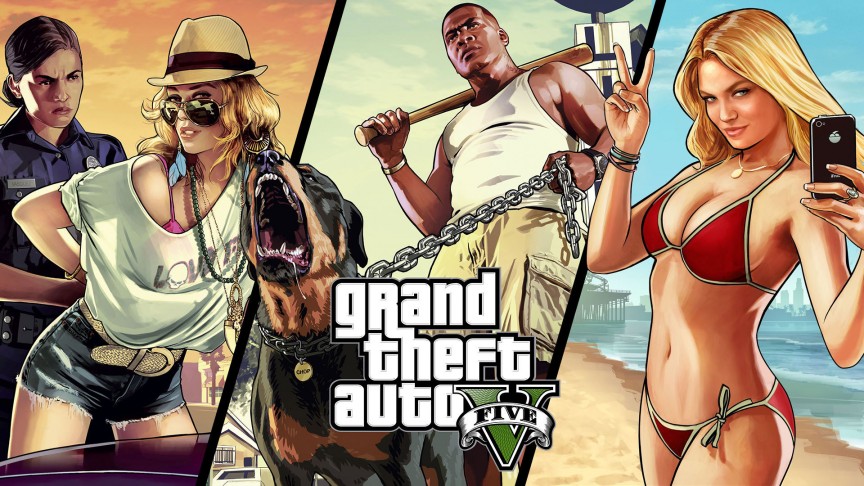 It is the mostly targeted for its sexual content and for its graphic violence – often against police officers and civilians – , Grand Theft Auto series is nonetheless both one of the most critically acclaimed and top-selling series of the past few years, with more than 185 million copies sold.
The series, which started in 1997, really took of with the release of GTA III, which has been described as having “introduced a style of play that changed action gaming forever.” Since then, the series developed deeper and more complex worlds for players to inhabit while also developing top-rate graphics, a winning combo for the franchise.
GTA has also created a lot of imitators, with games like Watch Dogs and Saint Row not hiding having borrowed liberal portions of style and gameplay elements from the really popular series. 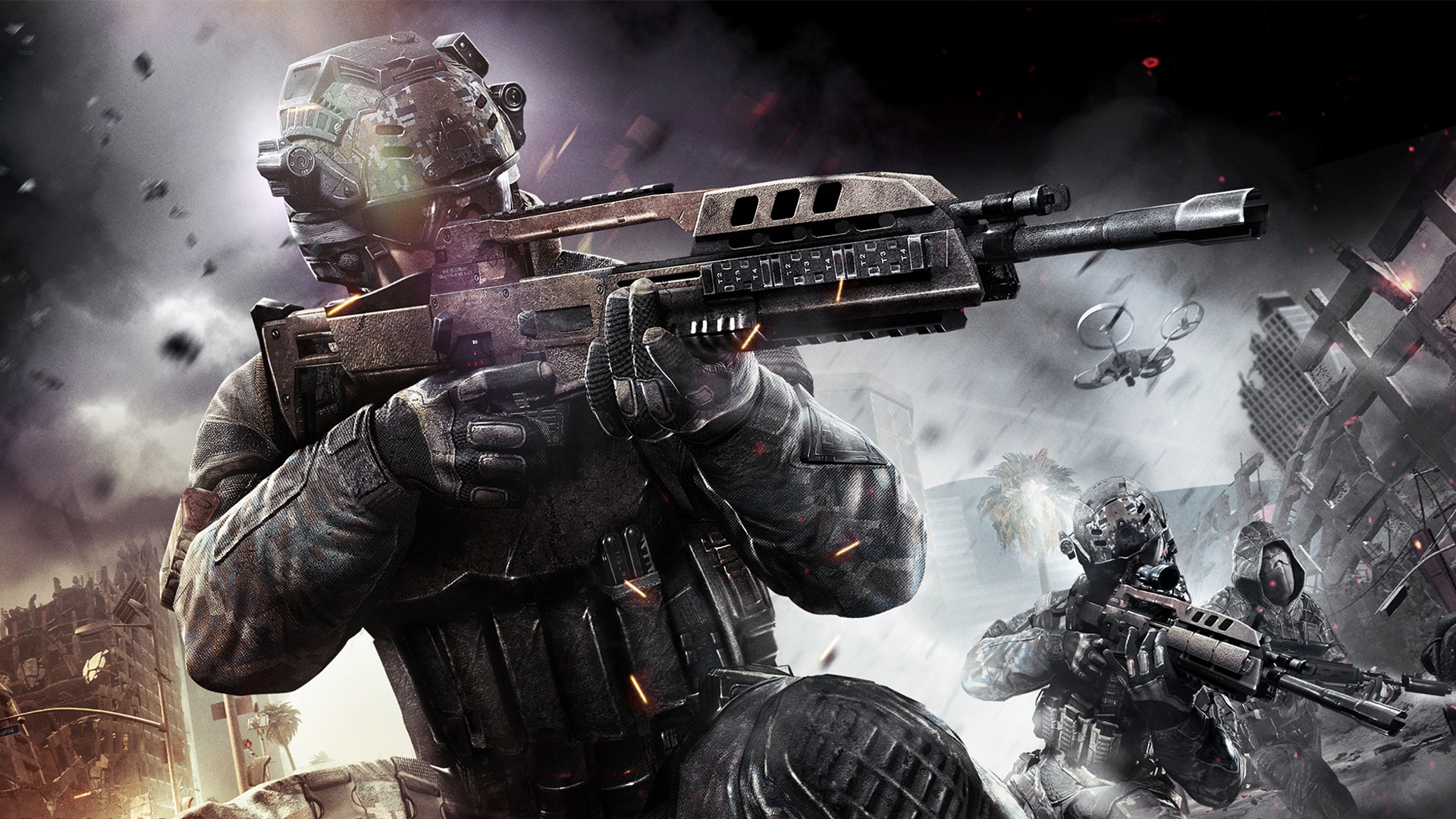 World War II was the first setting for the first three installments of Call Of Duty. Popular as they were,, there’s no comparing those days to the heights that have been met since the series shifted to modern and futuristic combat.
The beginning of dominance of CoD in the shooter space is arguably Call of Duty 4: Modern Warfare, with a new game released every year pushing the arcade-style shooting genre into ever greater rank. Fast-paced, with players on a roll given special bonuses and abilities, the games have become staples, can be found on almost all consoles.
The next edition, which will be firmly planting its flag in the sci-fi realm, notably stars Kevin Spacey as an aggressive politician in a futuristic America, and has been obviously related to the Netflix series “House of Cards” as a result. 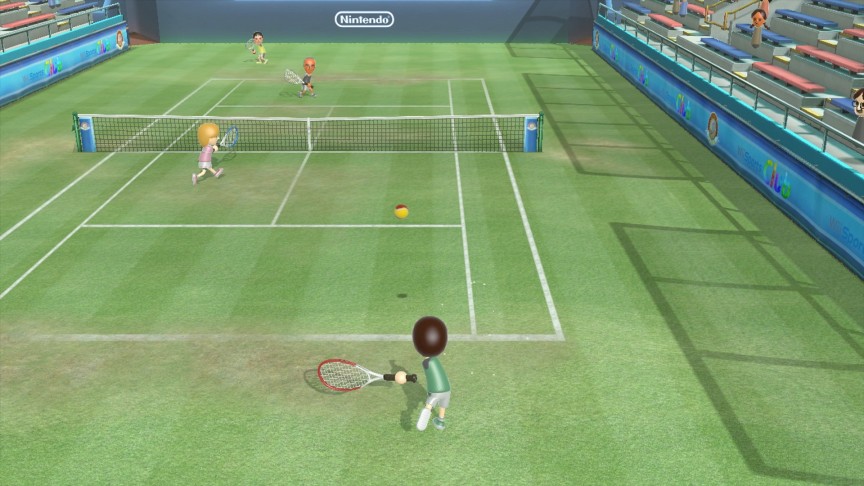 The Wii was a weird hit for a number of reasons. First and foremost, it had nowhere near the same quality of graphics as the PS3 or the Xbox 360. Second, it had this unusual wand controller that could be waved around to play games. BUt it had a couple of other things bringing it up: First, it was made by Nintendo, which meant popular and fun games were sure to be made by the system. Second, it was relatively cheap.
Together with the outstanding number of Wii consoles sold by Nintendo were a couple of “Wii” branded games, which spanned everything from party games to sports, and even chess to music. Although it is simple, and does not have the same kind of competitive replay value you might find with popular games from other publishers, the games were easy to pick up, quite easy to master, and a couple even offered an opportunity for gamers to get into better shape.
Argue against the series for being boring for as long as you want. Even if you don’t look at copies of Wii games being bundled with Wii consoles, the Wii series was a huge success. 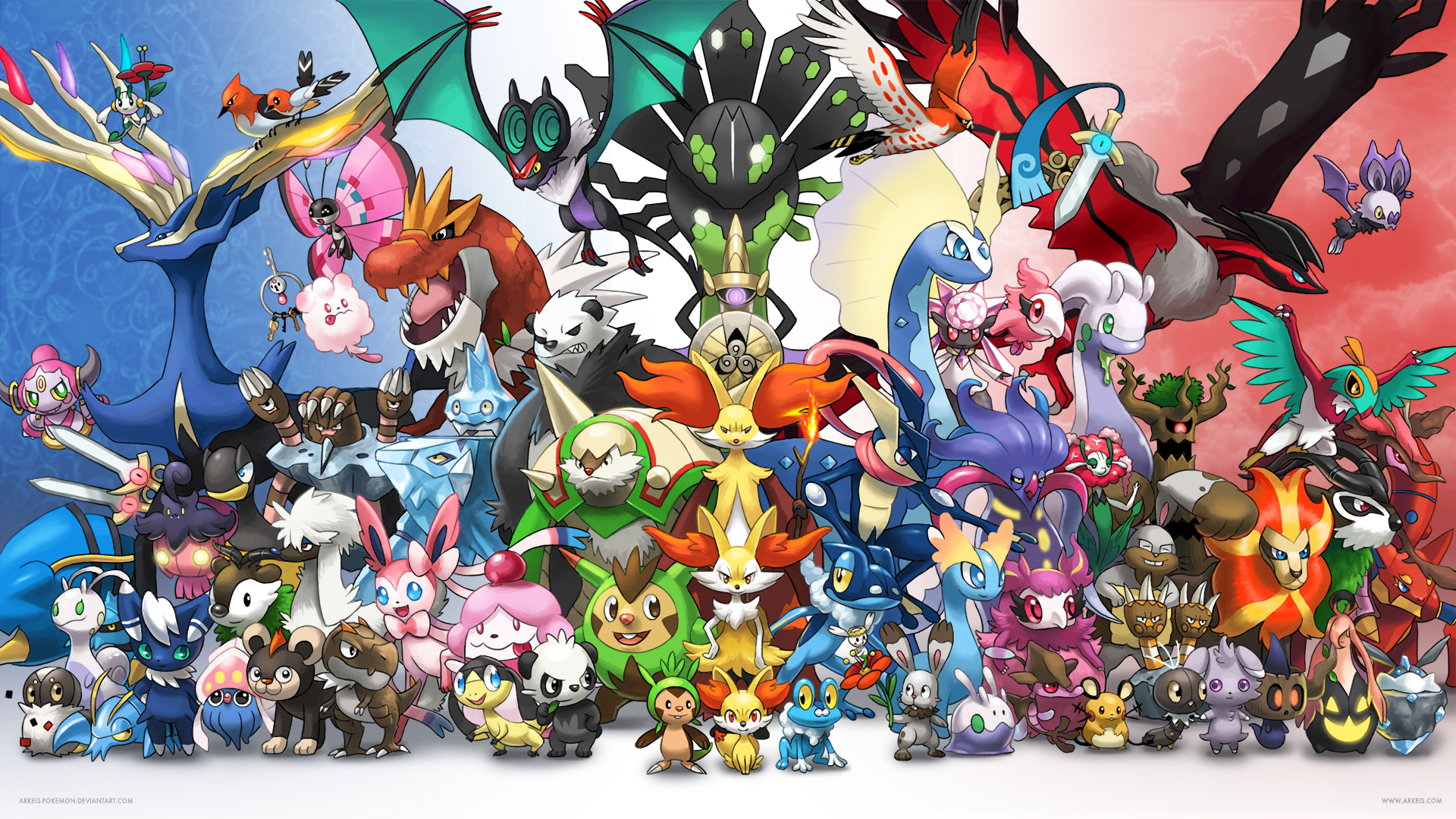 It is a video game franchise, a trading card game, an anime series, and a lot of other things. Pokemon has stood the test of time, its games a draw for both the young and those young at heart who grew up on Pikachu and Ash’s adventures.
If we look at it as a game franchise, Pokemon has sold the greatest number of copies through the releases of its mobile role playing games, but has also had success through a few other avenues. Its “POkemon Stadium” games that allows players to battle their Pokemon on television and in full colour, were huge successes when they first got out, and Pokemon Snap, the photo safari game for the N64, since its release, it has made a cult following.
Those who just can’t get enough Pokemon can look eager to Pokken Tournament, an arcade fighting game that stars Pokemon and will likely come to the Wii in the next few years. 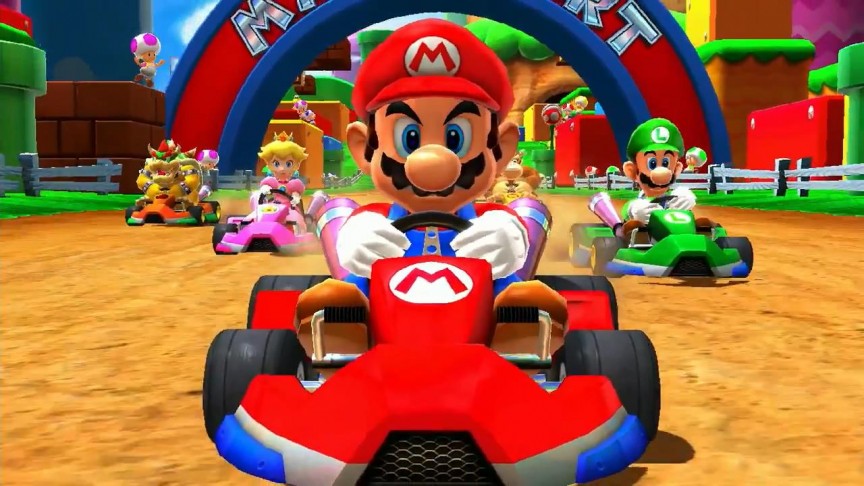 There is no two ways about it. A plumber is the king of video games. Smashing the competition with a whopping 524 million copies of games sold across several genres, Mario is a beloved gaming icon that goes down generations.
With cute cartoon graphics and games for all kind of players, the Mario Brand is a good fit for just about any kind of gamer, or even non-gamer. Like tricky platformers? Any number of Mario games has you covered. Sports? Try Mario Tennis, or Mario and Sonic at the Olympics. Of course for racing we have that addictive Mario Kart series.
Arguably more than any other franchise, gamers can thank the Mario series for bringing their passion into the mainstream. to this day, even with the focus on bigger productions and HD graphics, there is no better guarantee of fun that picking up a Mario title.