What stuff do you put on your shopping list? A lot of the time they are stuff that need to be bought, like groceries, medication, toiletries etc. Now, how would you spend your money if you were a billionaire or a multi-millionaire? Cover yourself with millions of dollars worth of diamonds? Buy fancy clothes? How about a 22-carar gold toilet paper or a half a million dollar board game? To the normal person, these items would just be a part of our imagination. However, to the super-rich it is a reality. Billionaires leave us in amazement when they reach into their deep pockets, spend an extremely large amount of cash, and not bat an eyelash. So what makes up a billionaire’s shopping list? It is safe to say that items are certainly the ultimate hallmark to success. Here we have the most surprisingly expensive items in the world that are sure to have you amazed without anything to say. 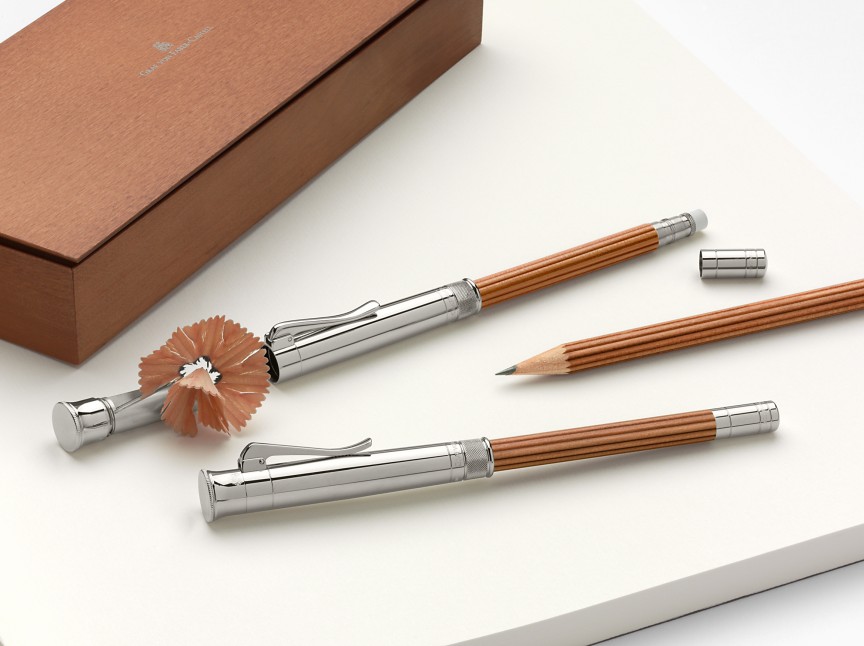 The world’s most expensive pencil was created by one of the most oldest German family-owned companies in 2008. The Graf von Faber-Castel Perfect Pencil, as it is called, was crafted with 240-year old olive wood and 18-carat white gold. This limited edition pencil has included in it is a handy build-in eraser and a pencil sharpener. Apart from that, it includes three diamonds and comes with a certificate. Billionaires can feel comfortable displaying this pencil in their collection or using it as a writing tool. Only 99 limited edition Perfect Pencils were made, according to most-expensive.com. 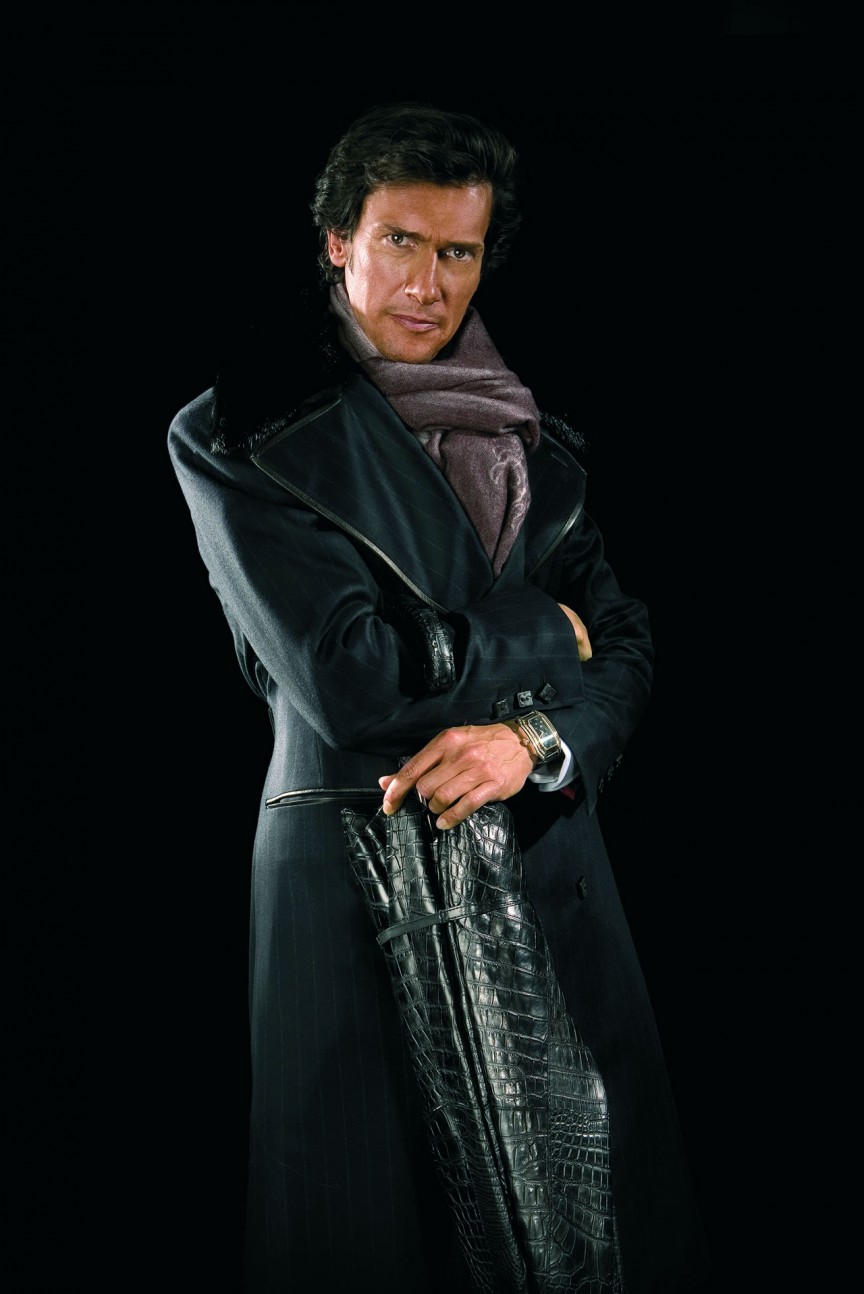 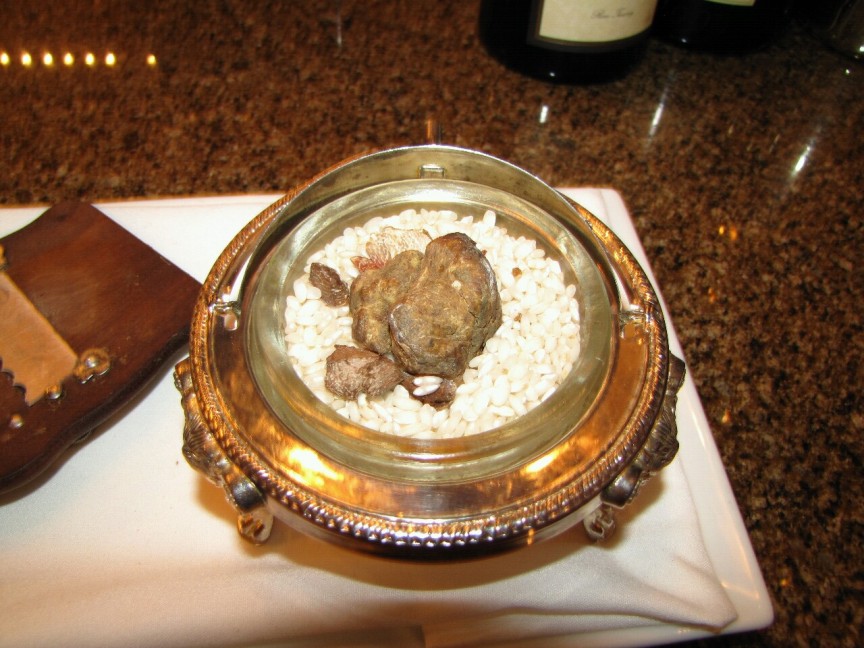 One of the many nice things about being rich is being able to enjoy luxurious and delicious foods. Truffles have become a status symbol for the rich and they are normally found on a table of a very elegant restaurant. Many people hold truffles in high esteem, and they think of them as an expensive pleasure and delicacy. European white were named as the ‘most expensive food in the world’ by the Cbsnews.com since they are one of the rarest fungi found. CNN said that 1.51 kg Italian White Alba Truffle is valued at $160,406. Per Ealuxe.com, being really difficult to cultivate adds to its costly price. 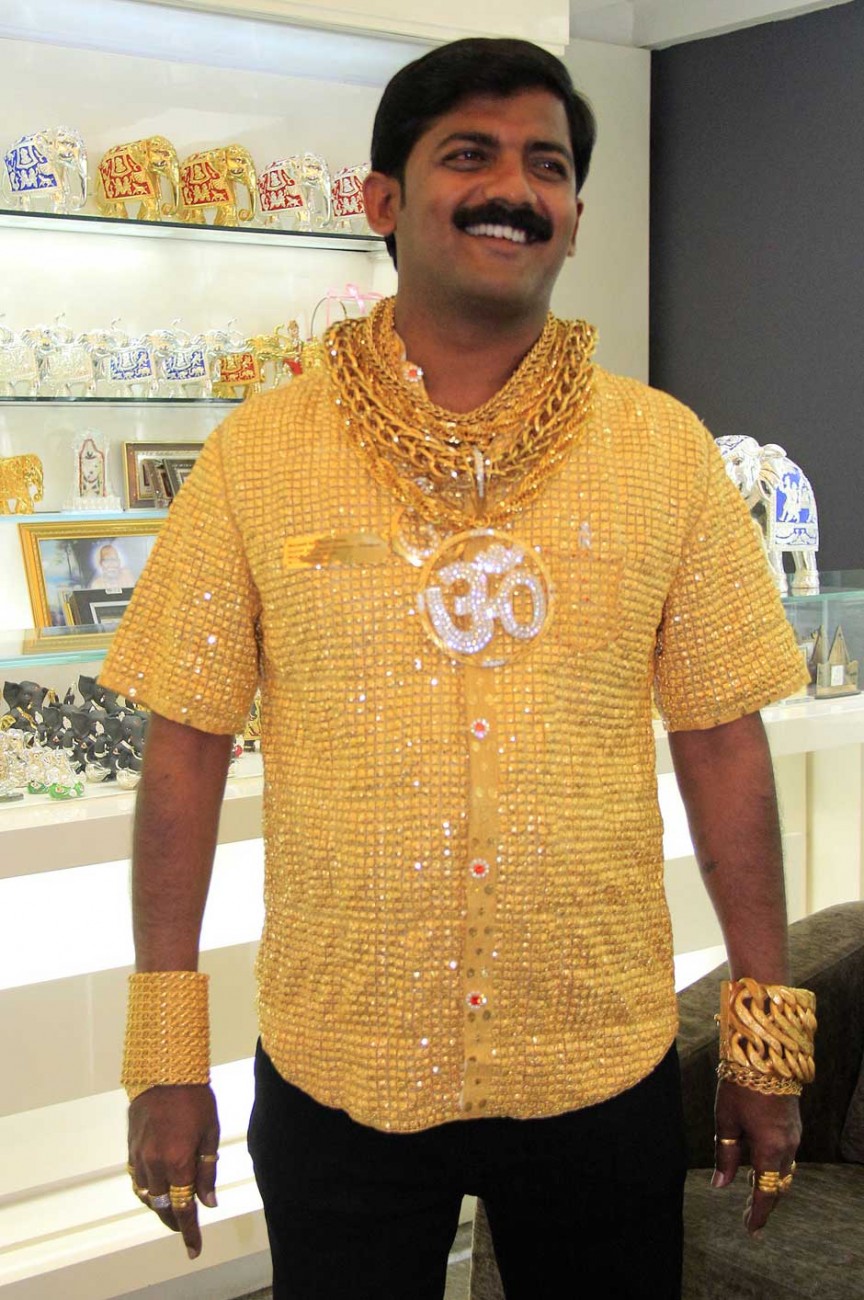 Have you ever wondered what the material of the most expensive shirt in the world is? Well, it is made out of gold completely. Gold is a symbol of prestige and power in India and most other places, and people buy gold to be looked as luxuriant and flashy. Datta Phuge, an Indian man, called the ‘gold man’, has bought one of the most expensive shirts in the world for an outstanding $235,000. Per msn.com, the shirt has 14,000 “gold flowerings” that have been put together with 6 Swarovski crystal buttons and 100,000 spangles. It took 16 people and 15 days to create the shirt, and comfort being the biggest challenge. A gold cloth sewn in Italian weave was thought off by designers, and also a velvet lining was put inside to prevent any type of scratching. The shirt weighs seven pounds according to time.com; Datta has security detail when wearing this shirt to ensure his safety. 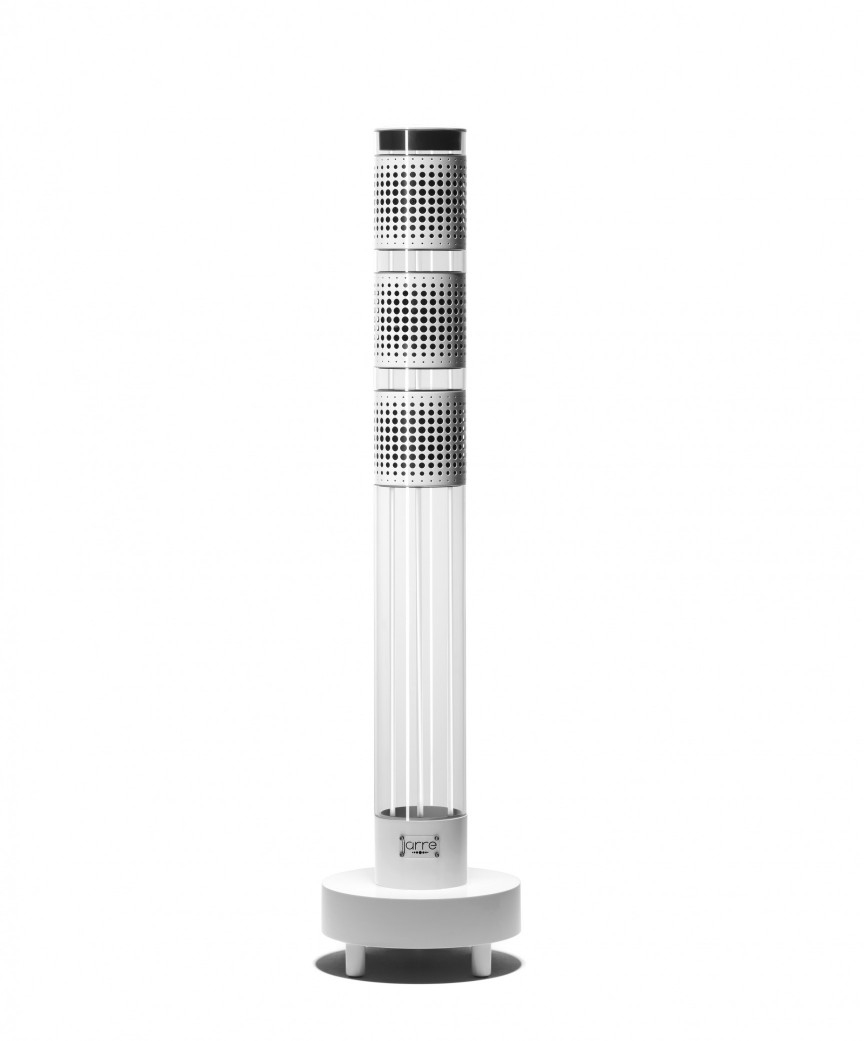 It was referred as “the mother of all iPod, iPhone and iPad docks” by Cbsnews.com; the AeroDream One weighs 870 pounds and is over 11 feet tall. It is most likely the world’s expensive and tallest most expensive docking station according to American Luxury magazine. You must climb a ladder in order to plug in your device, but it is totally worth it. This dock produces 10,000 watts and has a 5 channel amplifier and an 18 inch subwoofer. Cent.com says that each one is custom made and delivery takes six months. Prices are ranged in-between $560,000 – $565,000 and it comes in chrome, black or white. 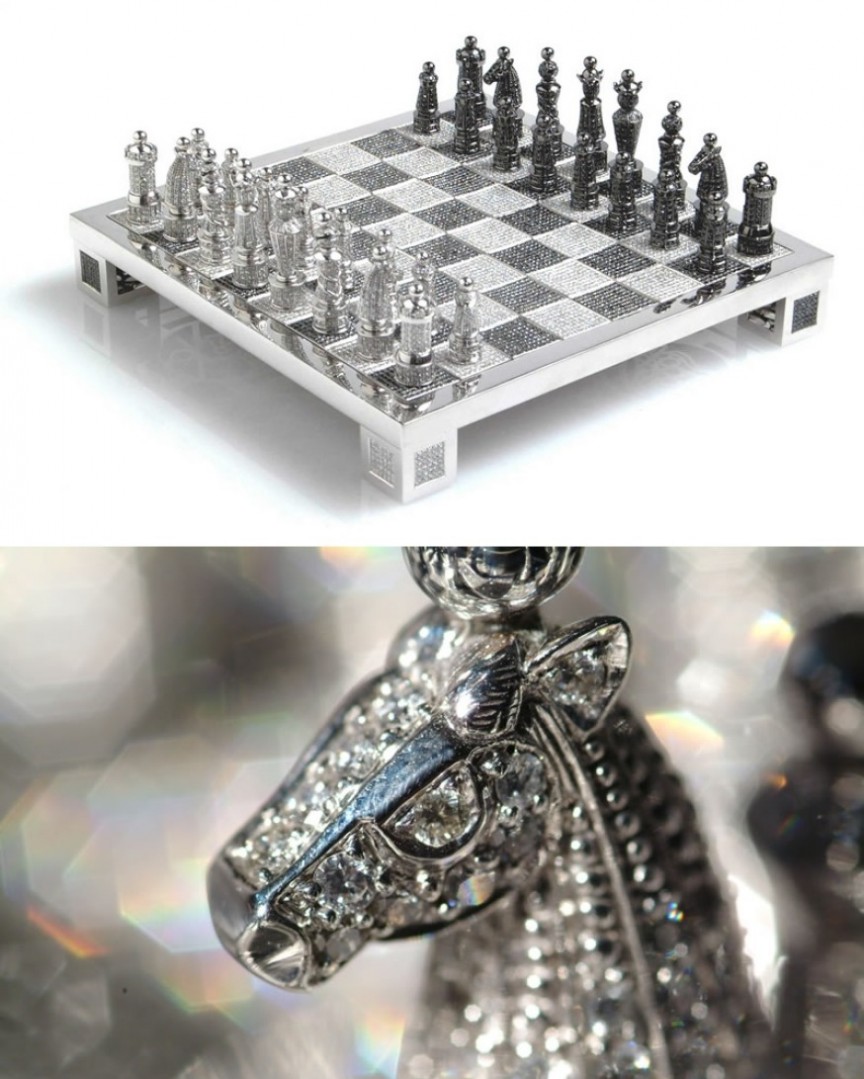 The Royal Diamond chess set is valued at half a million dollars and it is said to be the world’s most luxurious and expensive chess set. Jeweler Charles Hollander co-operated with designer Bernard Maquin to make seven luxury chest sets. The chess set is covered with 320 carats of white and black diamonds and also two kilograms of 14 carat white gold. Over 4,500 hours and thirty craftspeople went into producing these chess set The chess board is made up of white gold checkered changing between black and white diamond studded squares. 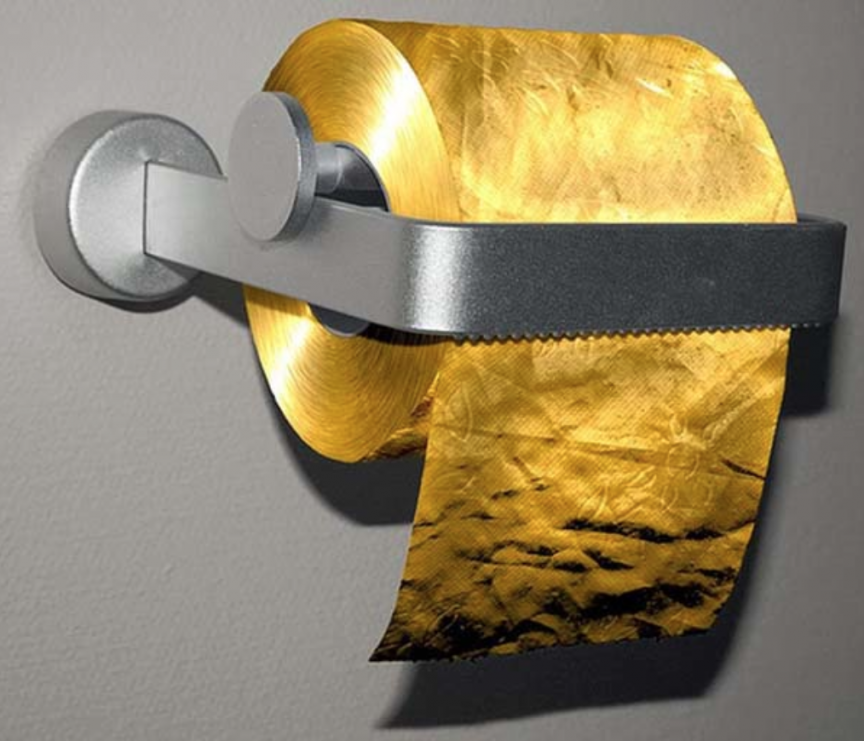 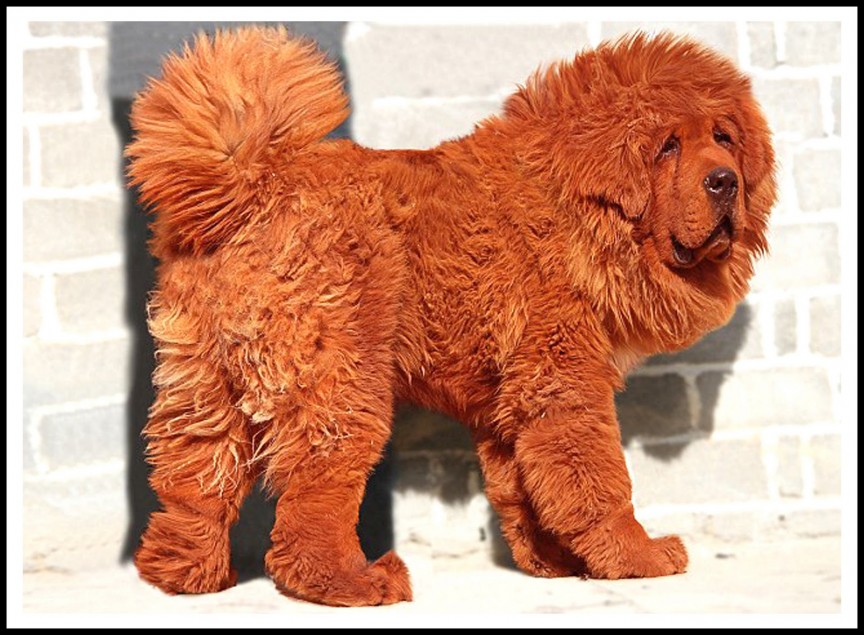 It is said that dogs are a man’s best friend, but in a situation like this, the dog better be a super-best friend. “Big Splash”, this red Tibetan mastiff, was bought for a whopping $1.5 million according to cbsnews.com. This rare and ancient golden-haired dog was bought at a premium pet fair in China, and the paper was reportedly told by the Breeder that mastiff had “lion’s blood.” The puppy weighs close to 180 pounds and it is 31 inchies tall. The breeder also said that the dog can be compared to “nationally treasured price”, making the price very costly. This dog breed has become a status symbol in China among its wealthiest people, according to today.com. 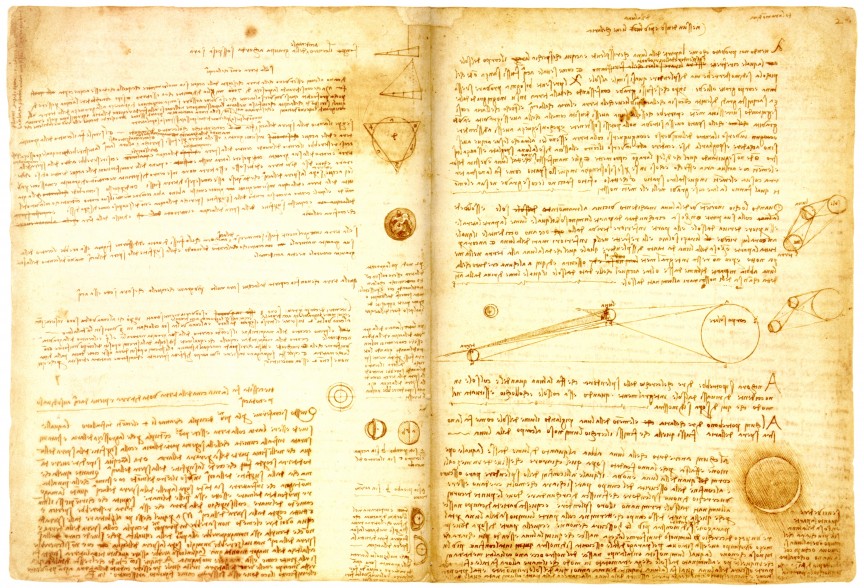 Bill Gates bought one of Leonardo Da Vinci’s expensive books for $31 million in 1994. According to cnn.com, Bill can show off his 72-page Leicester Codex, which was handwritten entirely in Italian by Da Vinci himself. The book has insights into his inventions, paintings, sculptures and philosophies. Not long after Bill Gates bought the book, he had all the pages scanned and saved in a digital format. Usatoday.com says that Bill released and electronic version of the book, which allows people to browse through virtual versions of two of Da Vinci’s work. 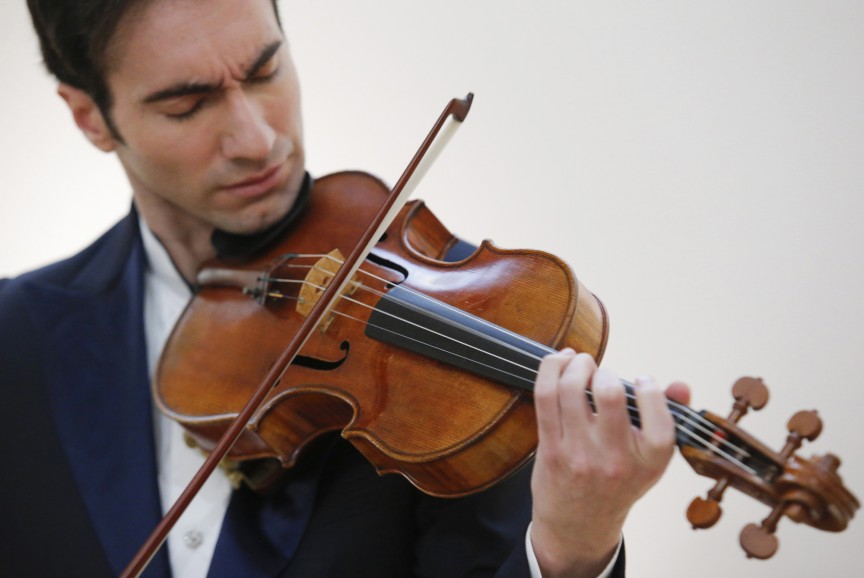 This 300-year-old Stradivarius ‘MacDonald’ Viola is has a price of a whopping $45 million. This viola is 1 of only 10 Stradivarius violas known to have survived, according to Businessweek.com. It was nicknamed after one of its previous owners, “MacDonald”. The violin was made by the greatest instrument maker of all time, Antonio Stradivari. This violin might just be perfect, since it is said to be the most expensive and in perfect condition. Why perfect? Violist David Aaron Carpenter said that it is in almost perfect condition and the “experience of playing it takes your breath away.” This violin is coined as the Holy Grail of collectors and it is sure to make an classical music loving billionaire happy.