When you think of all of the young people in the entertainment industry, the idea of a teenage millionaire is not too rare. Kids can easily make millions even before becoming a teen if the kid has the indescribable “it factor”. What does seem to be more rare is the idea of a self-made teen millionaire.
You hear all kinds of stories about a kid creating a small business to earn cash, but this is normally to save for college; when college time comes, the business selling cookies or an odd commodity is put on the back-burner for more lucrative and stable endeavors. Not a lot of these young entrepreneurs get to experience this kind of success that leads to a million to multi-million dollar payday.
Those exception to the rule are these ten teens. Their hobbies as teens turned into million plus careers. Let us have a look: 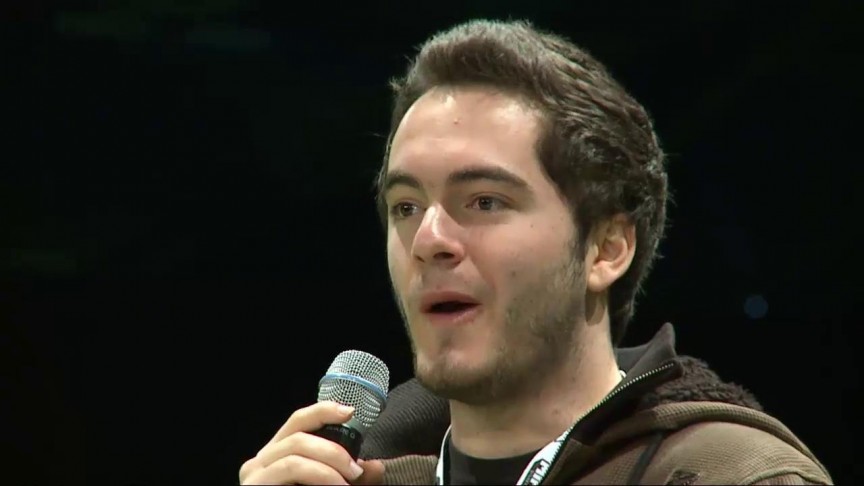 One of the lucky few who took a hobby and turned it into a multi-million dollar source of cash was Jordan Maron.
Jordan Maron is a well known YouTuber who is usually called Captainsparklez. His Captainsparklez YouTube channel was created when he was just 18 years and before that, he created his original Youtube channel PosDontTalkSh**. Even while he was using ProsDontTalkSh**, Maron had already partnered with Machinima.com’s media streaming website and multi-channel network.
Call of Duty videos were what Jordan used to usually post, but he took off when he launched his CaptainSparklez channel, where he became known for his Minecraft song parodies and play videos. Until this day, he is one of the most successful stars in YouTube, with billions of views, millions of subscribers, and a net worth of $8.2 million. 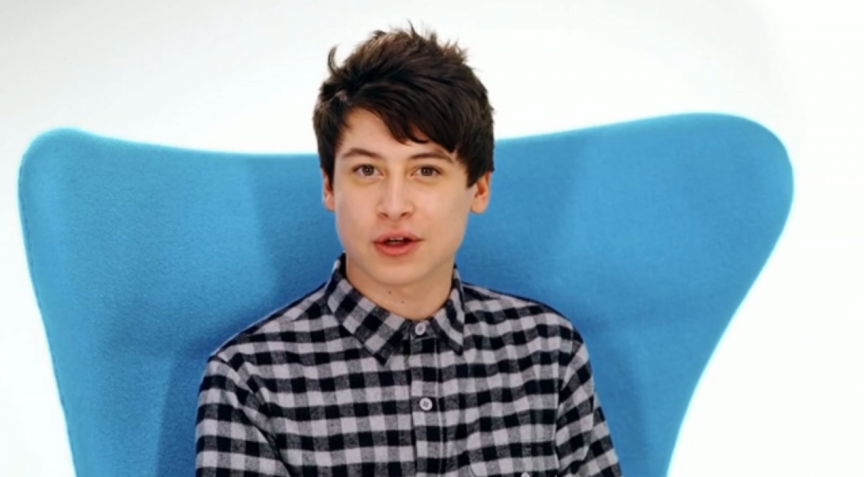 Nick is a self-taught programmer who began learning about programming with a copy of C for Dummies and How-To videos on the internet. Once he was good enough at programming, at the age of 12, he launched his first app, and since then, he has been developing a new app every time when the summer holidays would come. Finally, at the age of 15, he developed an app called Trimmit, which condensed length articles into short summaries between 140 to 1000 characters. A Hong KOng billionaire saw a chance and gave Nick $300,000 in venture capital to make his app as perfect as possible. Summly would be the name of this re-work. Yahoo! paid $30 million for this app. To add on, a position in the company was given to Nick. 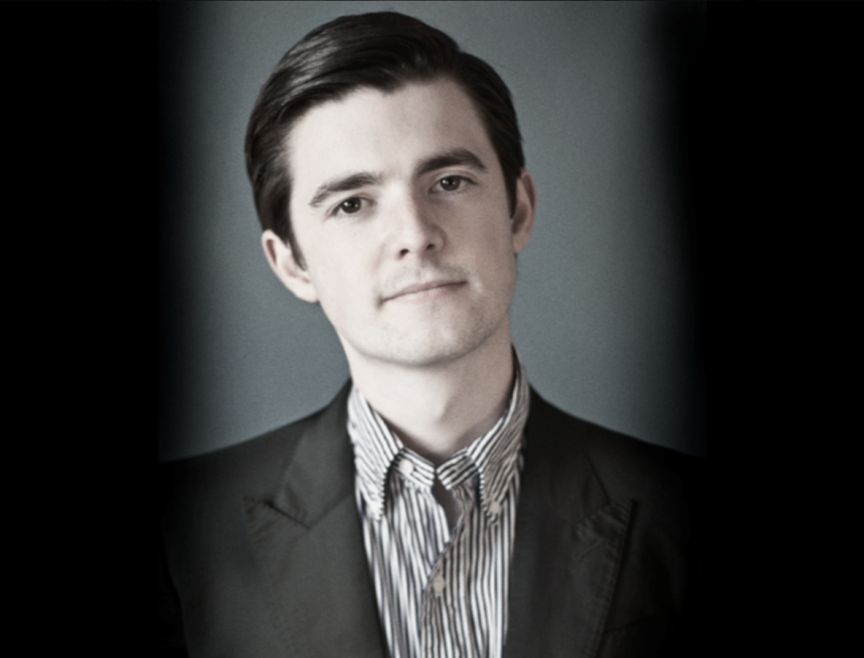 Fraser created a foundation for his $1.2 million dollar SuperJam company through selling his Grandmother’s jam recipes at farmer’s markets and delis. As time passed, Fraser modified the recipes and even made ways to make jam entirely on fruit. Word began to go around Scotland and in the end, Fraser got a deal with the Waitrose supermarket chain to sell his jam through 184 of the stores. The exposure eventually increased to a 2,000 store market, and spanned to other countries as well. The National Museum of Scotland finally noticed him as an “Iconic Scottish Brand.”
Doherty has also released a SuperJam cookbook and taken his business further. 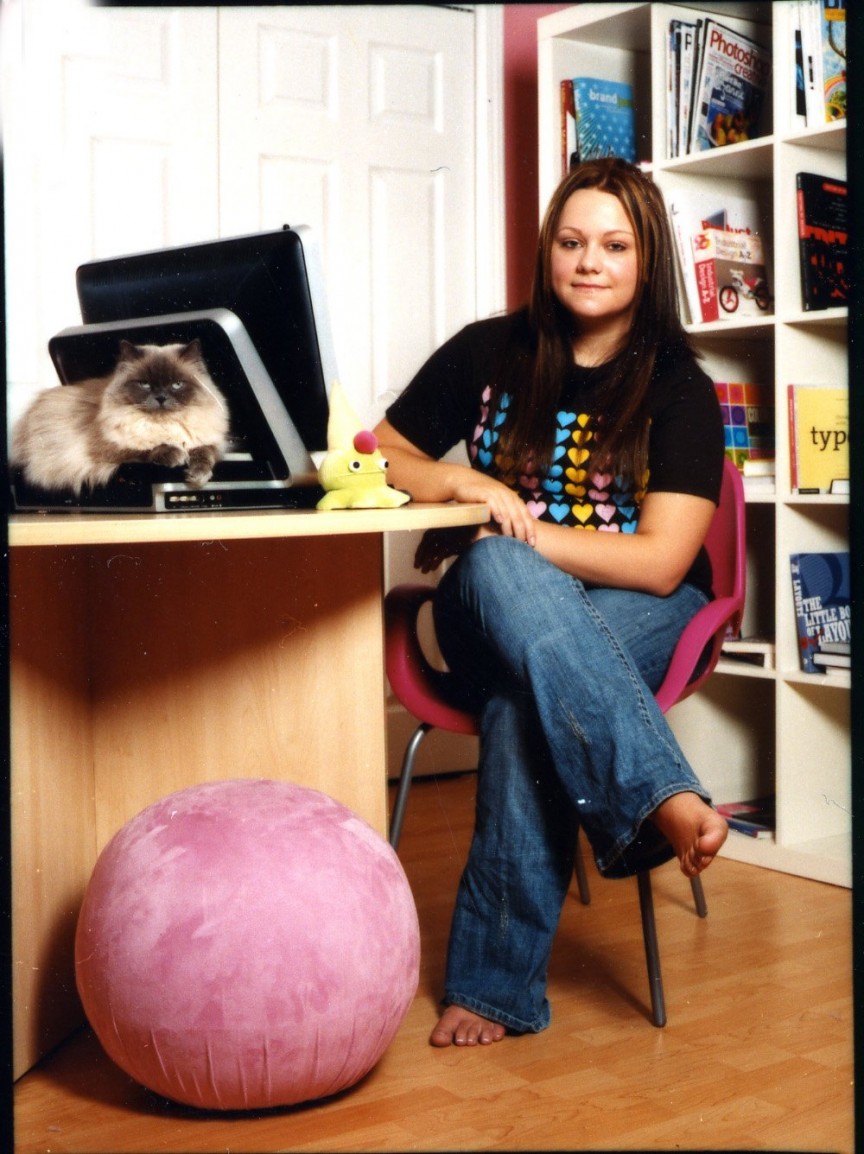 Ashley began teaching herself HTML when she was only 14, and she made up her mind to create a sight called WhateverLife.com to showcase her design work for buyers who are interested. The site did not get too far into traffic at this time.
The next year, Ashley began offering her services to classmates that desired more personalized layouts for their MySpace and social networking pages. As word-of-mouth advertising increased traffic, Ashley joined Google Ad sense and took a cut of the advertising revenue. AS traffic began to slow down, she began making deals directly for people to advertise their products on her site.
Around 7 million users visit WahteverLife.com per month, and earns Ashley millions in ad dollars. 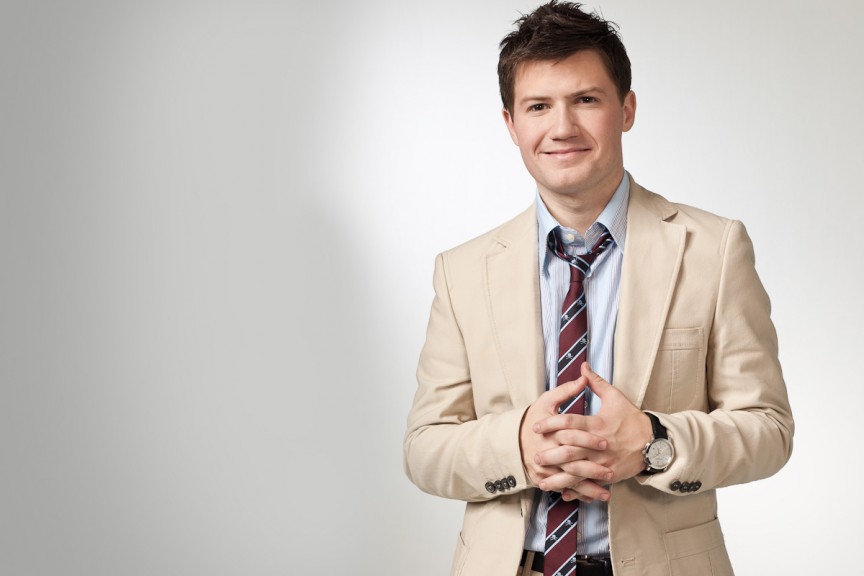 Johnson always looked like he had a knack for business. He would go door-to-door selling vegetables at the age of 5. He had already started his own greeting card company at the age of 9, this company was called Cheers and Tears. At 12, he began buying and selling beanie Babies at the peak of their popularity.
After the Beanies Baby business declined, Cameron started My Ex Mail with the $50,000 he had earned. This was a confidential email forwarding service. Eventually, he began an internet advertising venture named SurfingPrizes.com. Johnson was making nearly $400K a month by the age of 15.
By college, Johnson created another site called CertificateSwap.com, which he later sold in a six-figure deal. 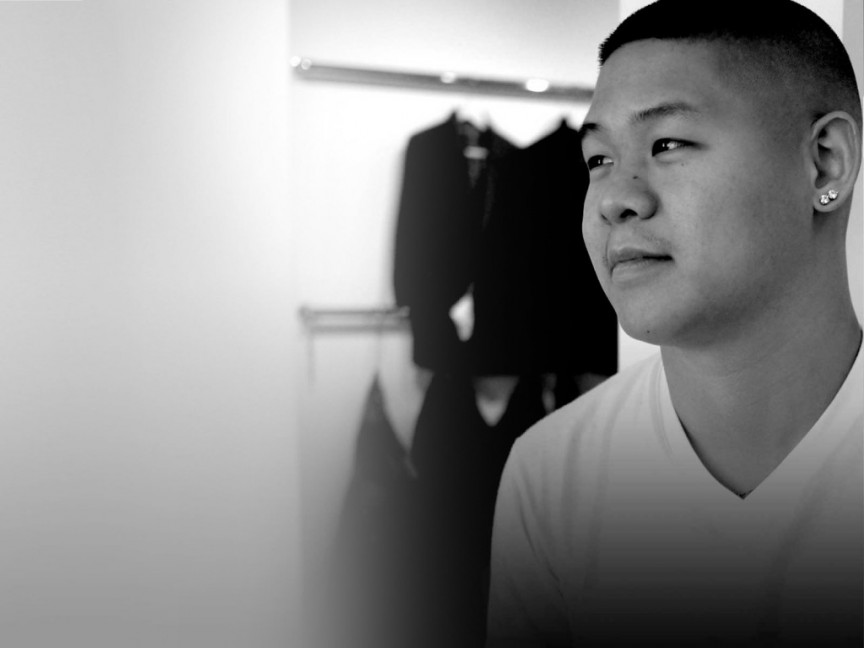 By the age of 30, Jon Koon made his first billion, but we should say that he made his first million was made before he was 16.
At a really young age, Koon had opened an after-market auto parts store called Extreme Performance Motorsports. The store finally became a house-hold name after the MTV program PImp My Ride started using Koon’s business as the exclusive parts provider. Koon expanded his business into the overseas once in college, which distributed to over 20 countries.
Koon moved on to dealing in garments finally, and with partner Young Jeezy, he runs 8732 Apparel. 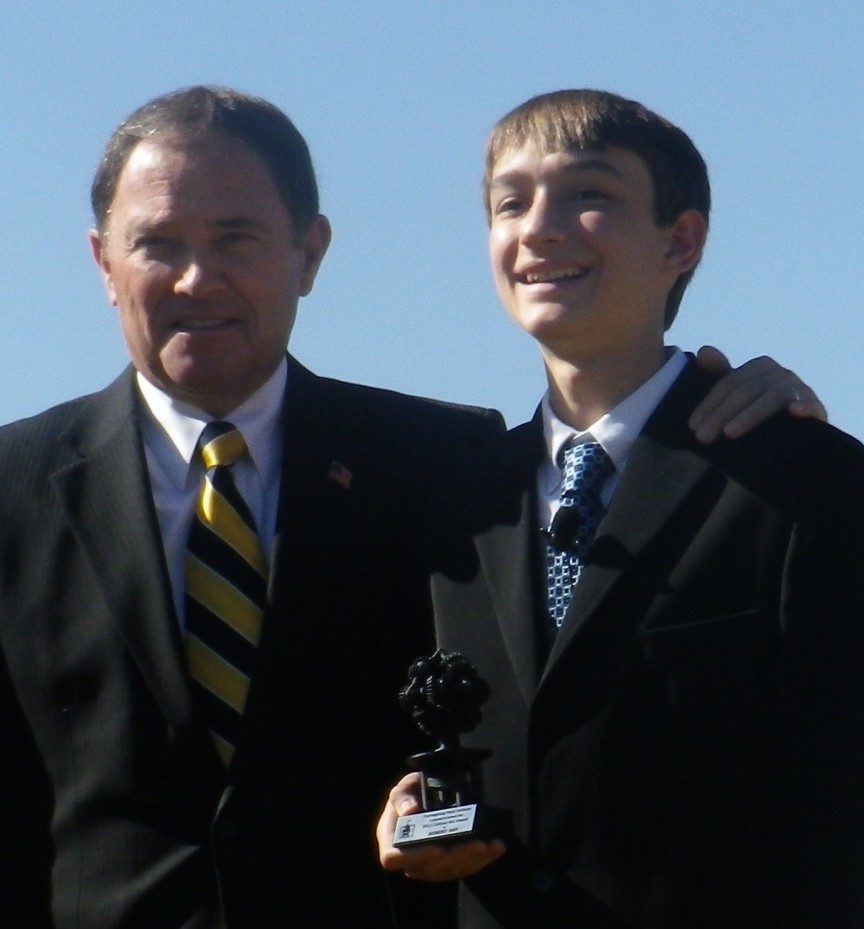 Robert Nay is bit of prodigy. Nay had no coding experience at the age of 14. Nay was a code-writer that taught himself the old-fashioned way: at the library. Nay already had 4,000 lines of code written for his game Bubble Ball in one month. Once he was done, he put the app online for free with Apple. the game had over a million downloads in two weeks and Bubble Ball would eventually beat the insanely popular Angry Birds as the most downloaded game in the free apps store.
The game would earn Robert nearly $2 million in income. 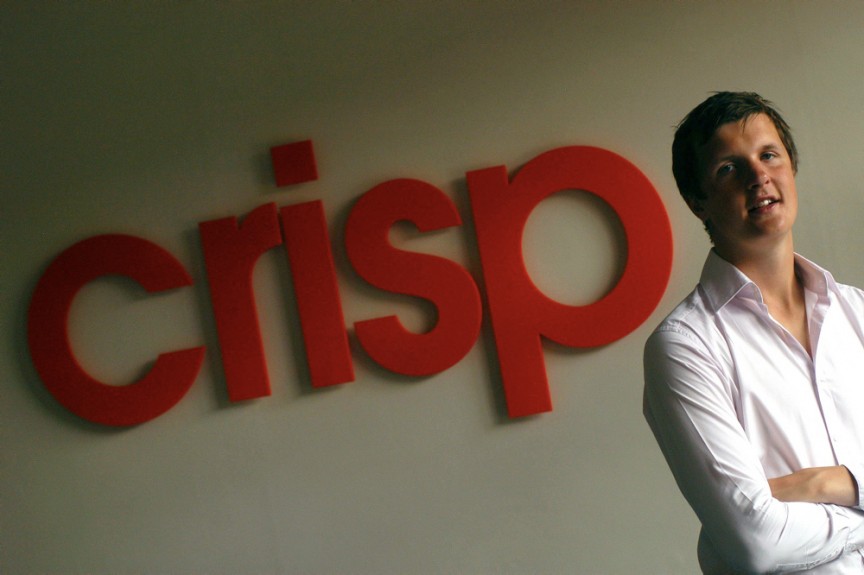 Hildreth started Dubit Limited when he was 14 years old. This is a social networking sites for teens that one time was one of the biggest teenage social networking sites in the UK. It has developed since then, and currently advertises companies on how to market their products for young people.
After that, Hildreth decided to keep on focusing on youth and developed Crisp Thinking, a company dedicated to developed technology to protect children online.
Hildreth was one of the 20 richest teenagers in the UK, at one point. 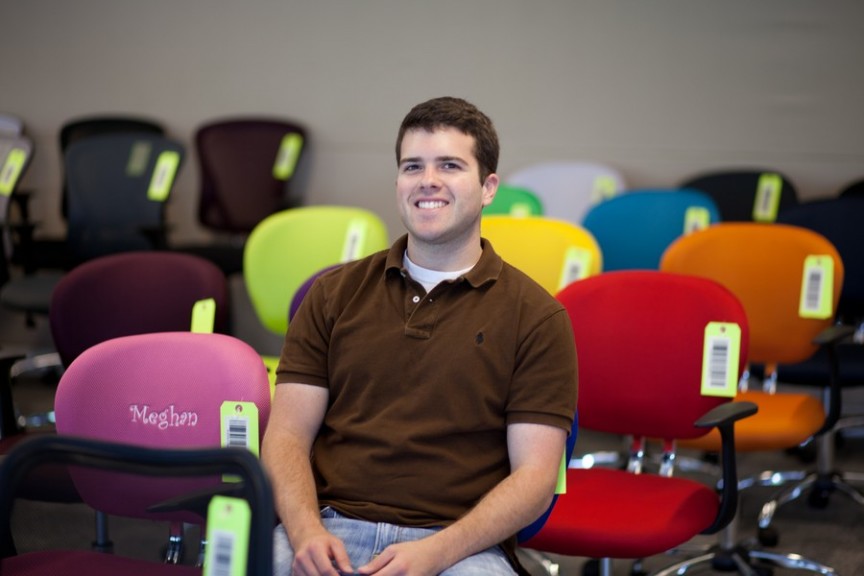 At the age of 14, Sean Belnick invested $500 into his own business venture named bizchair.com. The starting $500 was got by selling pokemon cards and mowing lawns.
Belnick had spent time taking note of his stepfather’s business selling office furniture. With every house starting to own the internet, Bernick saw how much money people could save if they remove the middle man and sell directly online. Bernick was a millionaire by the age of 16.
Currently, bizchair has become so large that it has a 70 acre headquarters in Georgia. 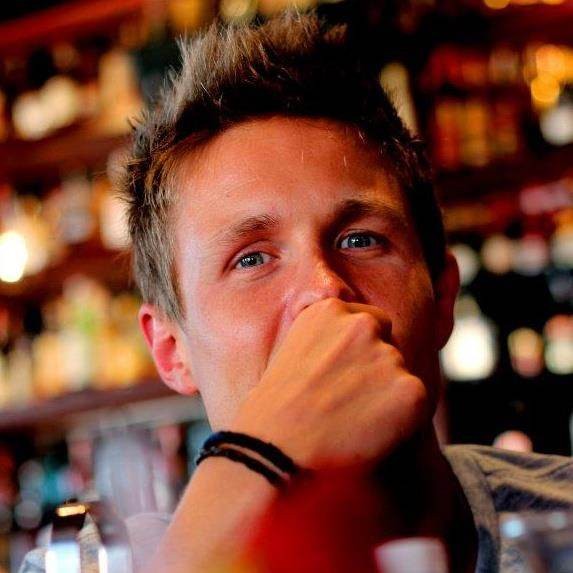 Phillip saw the internet was becoming “a thing” in 2002, and saw that there could be an increasing demand for web hosting. Phillips made dot5hosting at the age of 17, and within two years he had already earned over a million dollars.
The business has grown over the years alongside the internet and offers many other services a business might need to gain an online presence in the modern world.