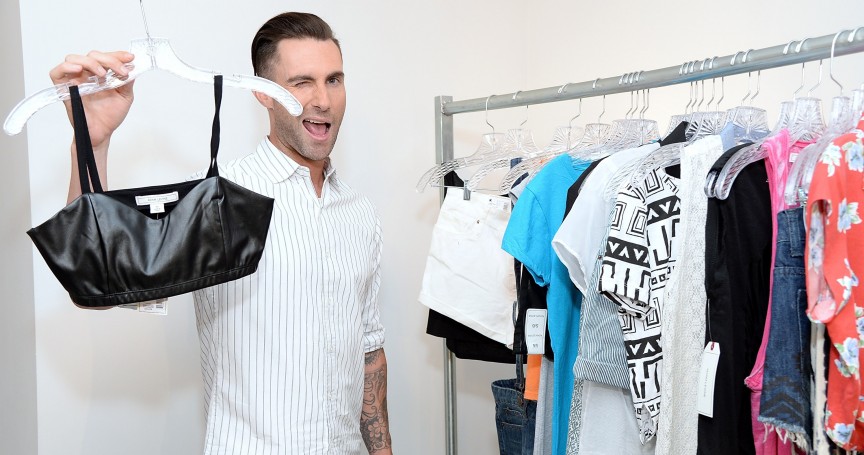 Celebrities with clothing lines are not something new. Just because someone is a good singer, actor or simply famous for being famous, does not surely mean they have talent for other creative ventures. But there are some successful celebrity clothing lines, both commercially and critically. Various celebrities have different amounts of involvement with their lines, a couple actually design the pieces themselves, while others inspire the lines and give their final stamp of approval. Also, just because a person is a celebrity does not guarantee that their line will be successful. An example could be that Avril Lavigne, Amanda Bynes and Lindsay Lohan have all had clothing lines with crashed and burned. Nevertheless, listed below are ten lines designed by celebrities that you actually want to wear. 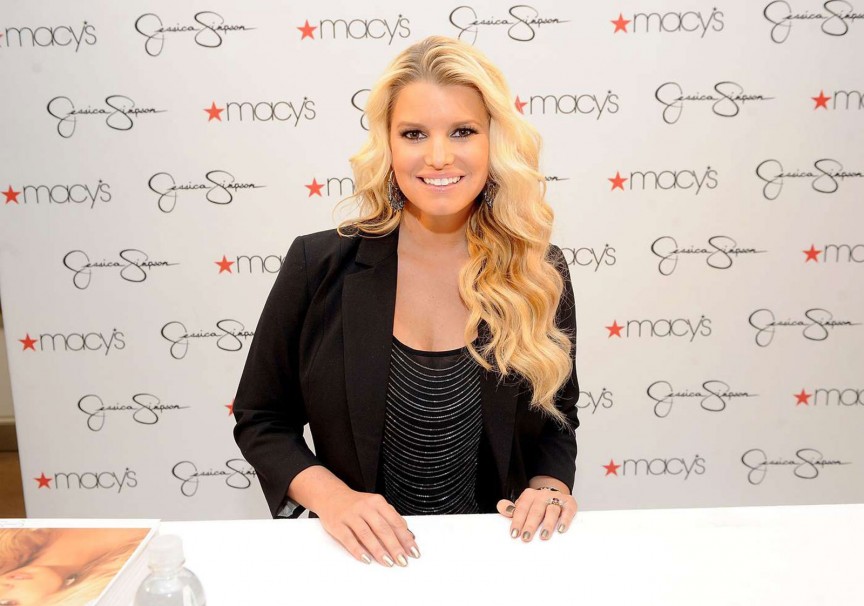 A lot of people will argue that Jessica Simpson is by far a better entrepreneur and celebutante, than she is an actress or singer. Simpson has made (or rather put her name on) an really successful line, which makes clothing, footwear, jeans, handbags, outerwear, eyewear, jewelry, leg wear, underwear, swimwear, luggage, perfume, home good sand accessories for girls and women. She has even had a maternity line. Lord & Taylor, Nordstrom and of course Macy’s sell her clothing and shoes. She has starred in commercials for her line, kind of like a slew of other celeb designers like P. Diddy and Martha Stewart. While seemingly everywhere, good quality and fair pricing made her line both attainable and affordable, and the popularity of course aided her in being a judge on the NBC reality show, Fashion Star. 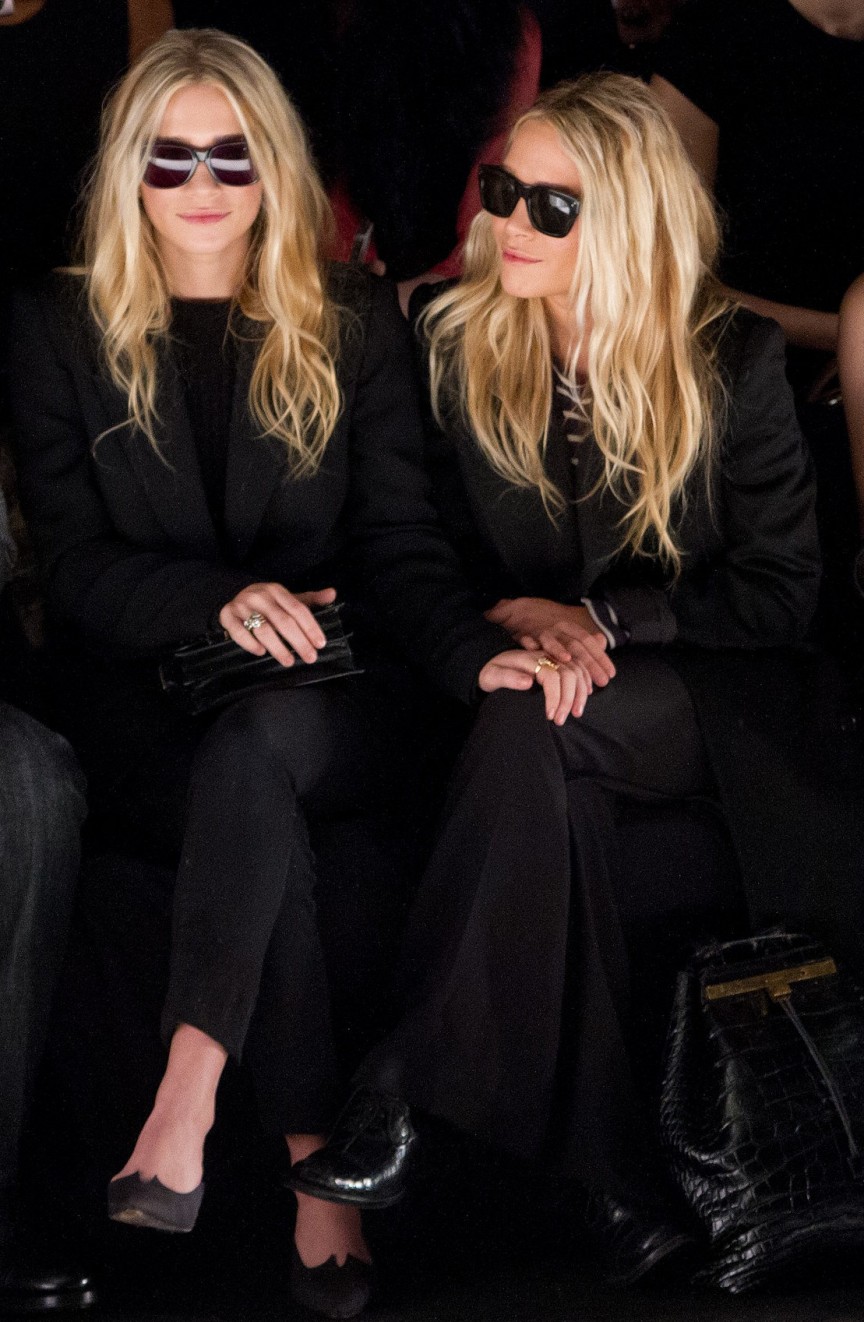 The fashion empire of the Olsen twins began at the least chic store in the planet, Walmart; but currently their clothing is sold in a couple of the most upscale shops in the world, like Barney’s New York. The twins put their names on a clothing line for the discount retailer at the young age of 12. It soon grew to makeup, furniture and other products. Nowadays, the Olsen twins have left entertainment in order to work as fashion designers for their lines, Elizabeth and James and The Row, full time. The twin were offered a spot in the eminent Council of Fashion Designers in America group, or CDFA for short, in 2009. This got them in a class with some of the most renowned fashion designers across the globe, like Calvin Klein, Diane Von Furstenberg and Donna Karen. They also launched in 2009 a more affordable line for clothing for retailer J. C. Penney, called Olsen Boye, trying to keep their look within reach for all of their fashionable fans. 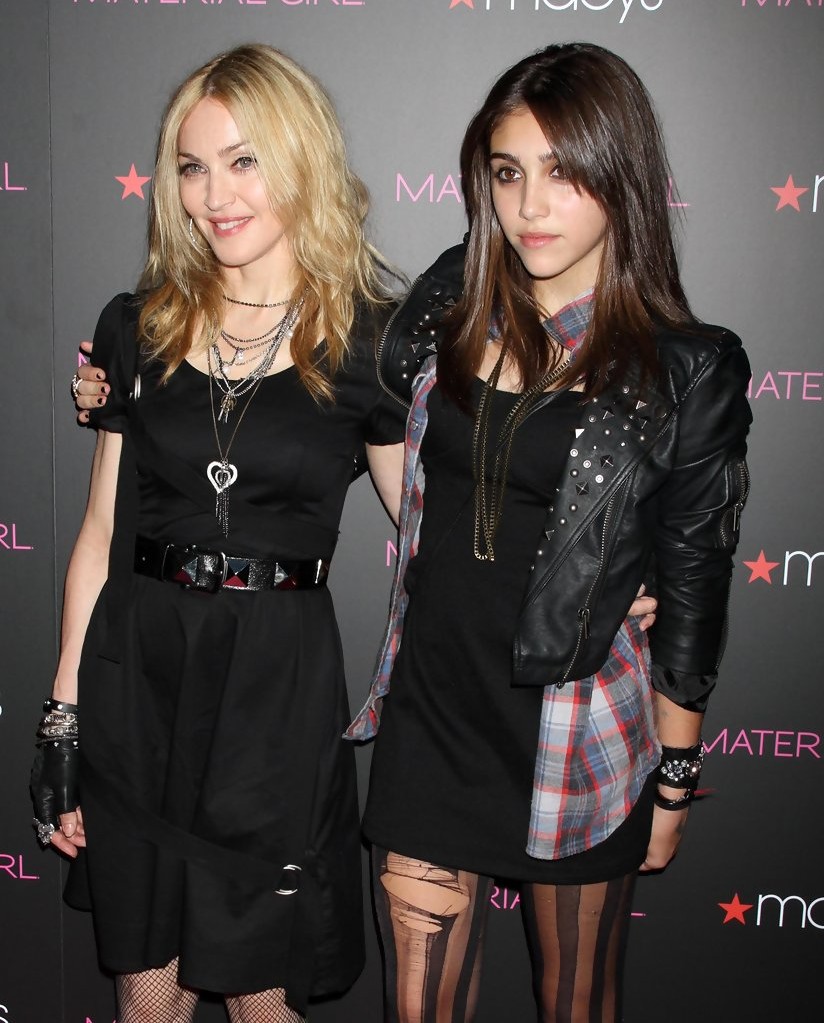 After previous collaborations in 2007 with H&M, and On the same year with Dolce & Gabbana, Madonna launched her collection for teenage girls named after her song, Material Girl, for Macy’s. Madonna and her daughter designed this line for the thirteen through twenty five year old demographic. The pieces are certainly wearable and very bold, even for those who would not go into Macy’s otherwise. Madonna created a racier line of lingerie, fragrance and shoes for adults called Truth or Dare (after her 1991 album) due to the success of that line. 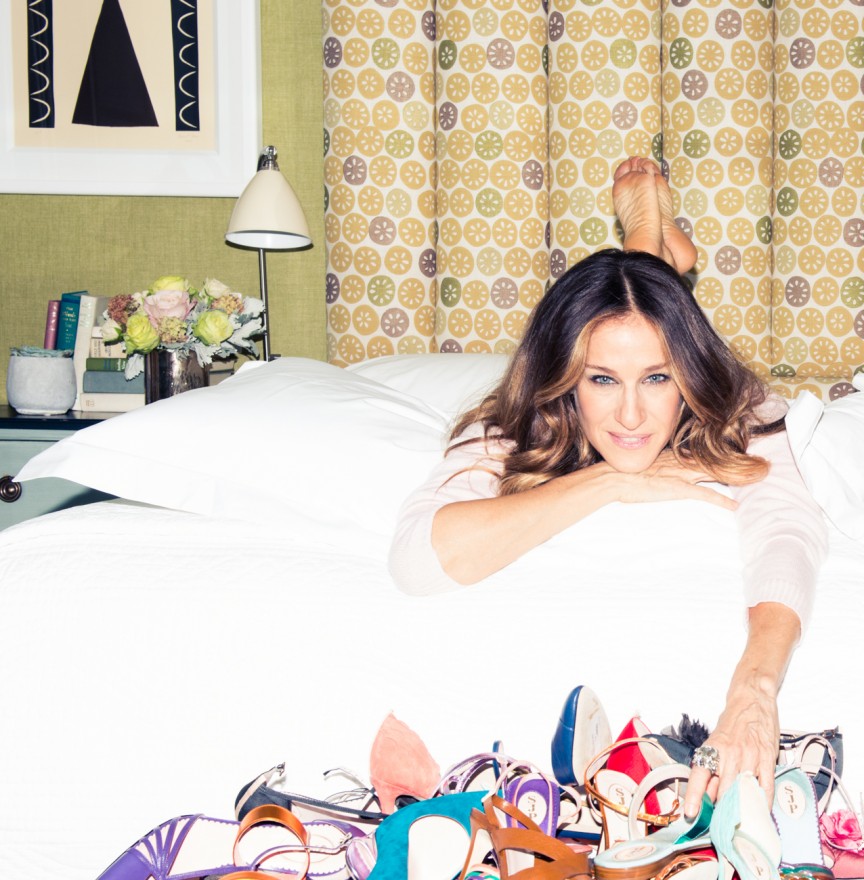 We confuse the fictional Carrie Bradshaw with the real life Sarah Jessica Parker a couple of times because of the whole life imitating thing. We all know that Sarah Jessica Parker has been just as fashionable as her fictional counterpart and herself as a fashion designer. She launched her line, Bitten at Steve & Barry’s, in 2007, which is currently a defunct American sportswear chain. Bitten managed to get commercial and critical success with over five hundred pieces in casual collection, but even that could not prevent Steve and Barry’s from filing Chapter 11 bankruptcy in 2008. Parker launched a highly anticipated shoe and bag line in 2014 for Nordstrom. With the prices of the shoes in the mid $200 to the mid $400 and most of the bags in the mid $200 pricing, the line has been received critically also. 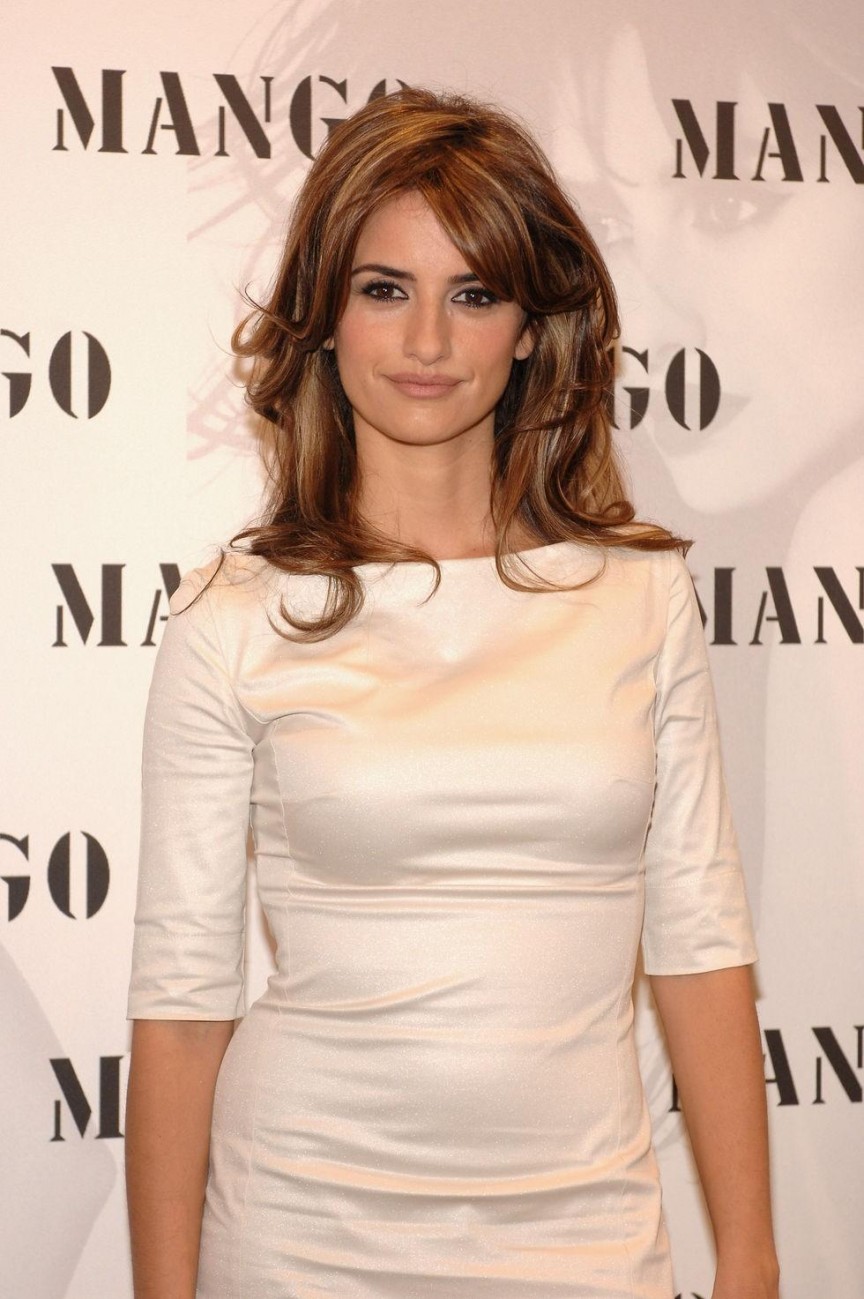 Penelope Cruz and her younger sister, Monica, designed a collection for Spanish retailer Mongo in 2007, which lasted until the summer of 2009 after several seasons. There were beautiful dresses, outerwear and tops for day and night, that were quite timeless looking for the fast fashion retailer. Most people would not have any idea of how multi-faced the talent of the actress truly is. Even though it has been several years since she designed a collection, we can only hope that our wardrobes will have some Penelope and Monica’s designs soon. 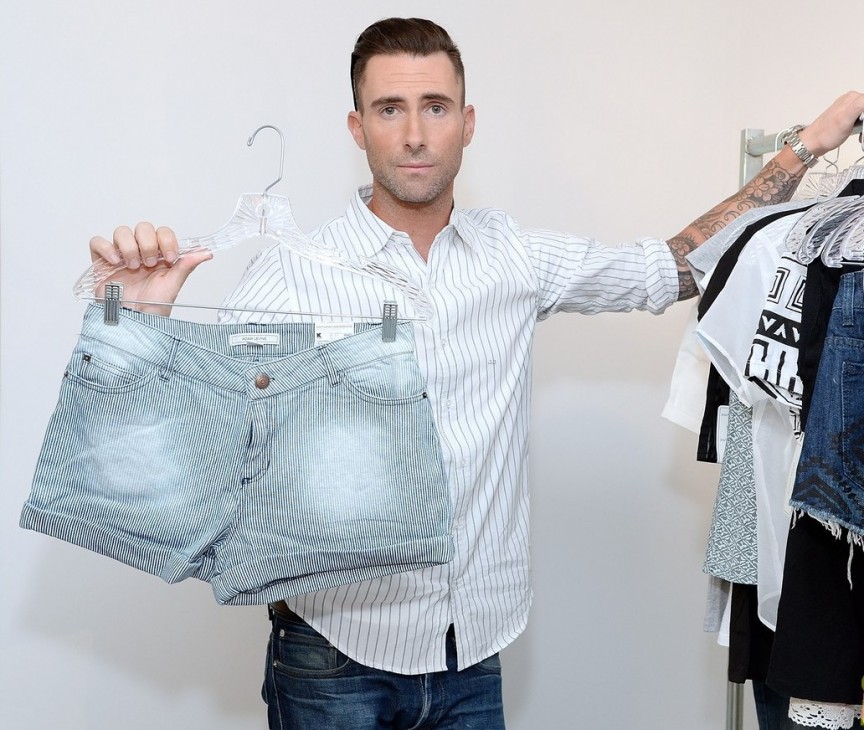 The last place on the planet that anyone with style would go and buy clothing would be Kmart; however, Adam Levine is changing that singlehandedly. To add on the clothes being sexy, Levine’s genes and jeans also have style. Fred, his father, is the owner of a trendy Los Angeles boutique chain, M. Frederic. So, it is clear that Levine gets his style from his dad. Levine launched a ninety-six piece menswear line for Kmart on October 2013. This was so stylish, that it was even featured on GQ’s website. (You never thought that ‘GQ” and “Kmart” could appear in the same sentence, did you?) Made up of a variety of pieces from outerwear to casual wear, no one would have seen that the line could ever be sold in the same place that also sells diapers and lawnmowers. The line has been so successful, that in April 2014, Levine expanded it to also sell women’s clothes. 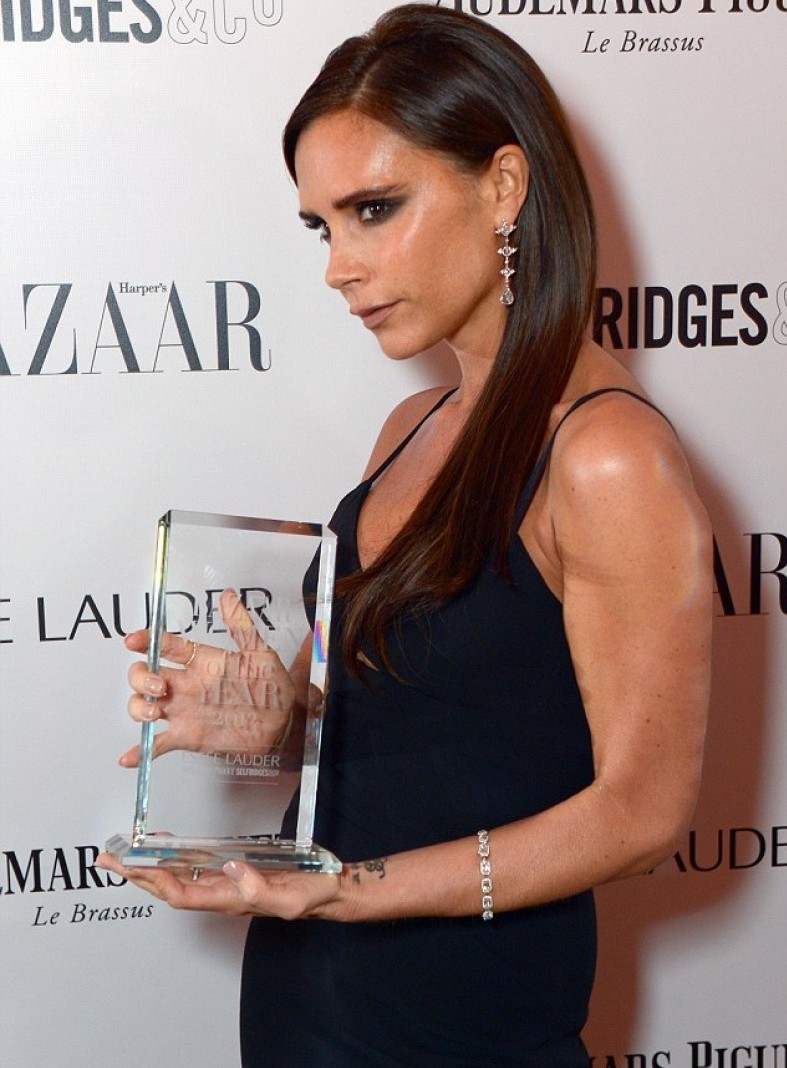 Former Spice Girl Victoria Beckham designed a limited edition collection with jean company, Rock & Republic, in 2004. Her $300 rhinestone studded jeans sold really well. This showed that she was probably called “Posh Spice” for a good reason. Beckham debuted her own line of eyewear and denim at Saks Fifth Avenue in 2008. The world learned that maybe Beckham talents as a singer were surpassed by her talents as a designer, which earned her in 2011 a “Designer of the Year,” British Fashion Award. Nowadays, she has a lot of collections, like denim, ready to wear and accessories. 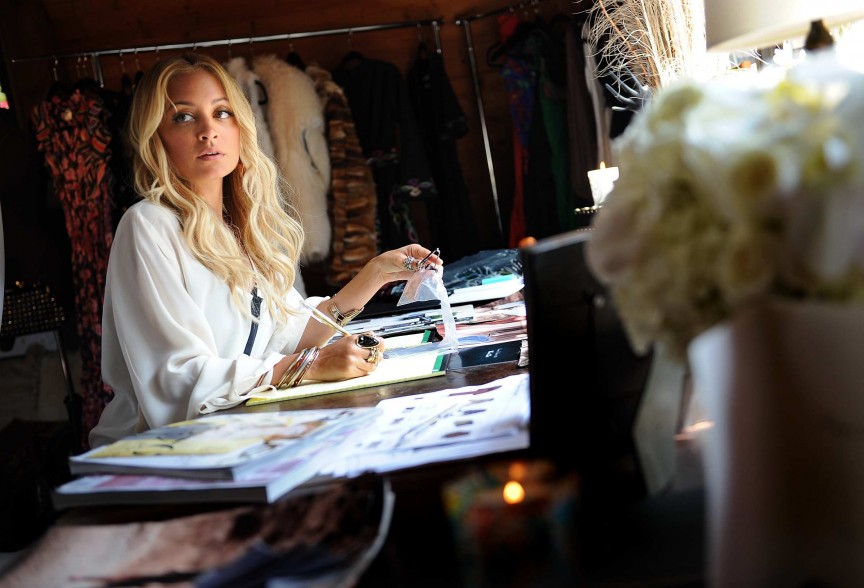 Nicole Richie, reality tv star and celebutante, debuted her Jewelry line, House of Harlow, 1960, in 2008. It was named after her daughter, Harlow Winter Kate Madden. It was accessible at celebrated internationally Robertson Avenue boutique in Los Angeles, Kitson. She composed a line of maternity garments called Nicole, for A Pea in The Pod, in 2009. House of Harlow expanded to include clothing and shoes in 2010. Later that year, Nicole made an alternate clothing line called Winter Kate. By then, the House of Harlow accessory line was so popular, it got to be accessible at luxury retailers Norstrom, Bergdorf Goodman and Neiman Marcus. She then became a mentor on reality show called Fashion Star. In 2012, Richie grew from luxury with a line for Macy’s. Right now, she has a famous line of boho chic garments she designs for QVC. 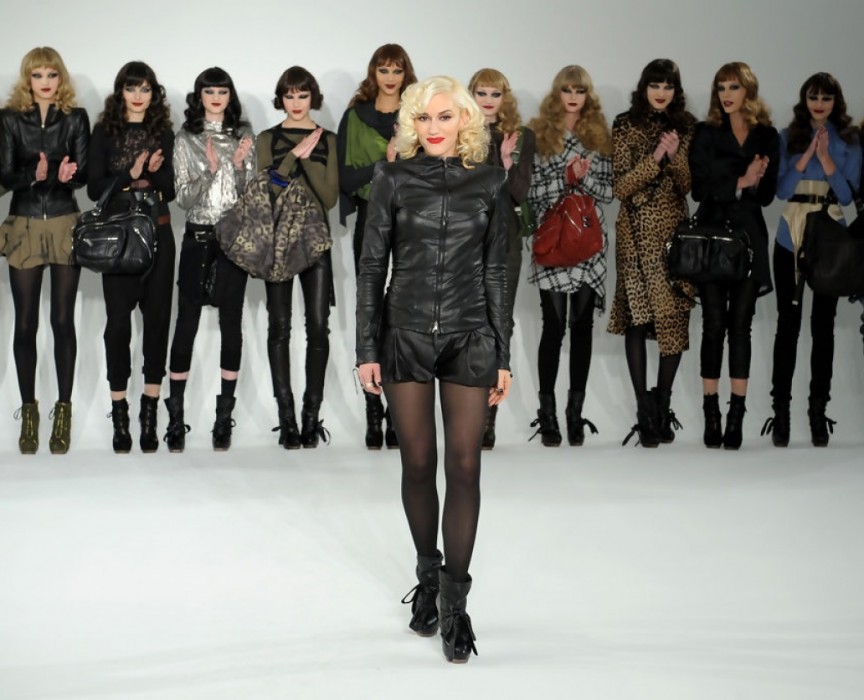 The world was initially introduced with Gwen Stefani’s style in 1996, when No Doubt’s collection, Tragic Kingdom was released. Young ladies all over the world copied Stefani’s signature style with her blonde hair and bindis. She established her attire line L.A.M.B., which is an acronym for Love, Angel, Music, Baby. It began as a cooperation with Lesportsac, debuted in 2003 and in 2004, had its first runway show. The line right now offers $90 million a year – give or take – worth of handbags, shoes, clothes and fragrance. The line right now is sold at numerous mainstream department stores, such as, Nordstrom. Stefani also has a line inspired by Japanese society. The line is called Harajuku. 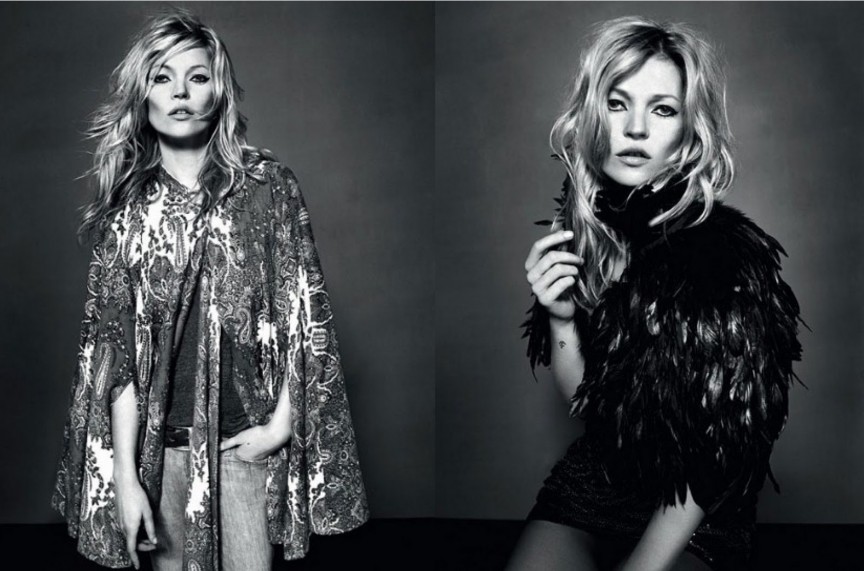 Just because someone’s a supermodel, doesn’t essentially mean they can really design garments, unless this individual happens to be supermodel and designer specialist, Kate Moss. She designed her first gathering with British high street retailer, Top Shop, in 2007. The fifty piece collection included handbags, shoes and clothing with costs going from £12- £150. It was well received both commercially and critically. Moss has worked together with the chain, designing a new collection for each season after that. In 2010, Moss designed an additional line of purses for French company Longchamps, however only for a brief season.