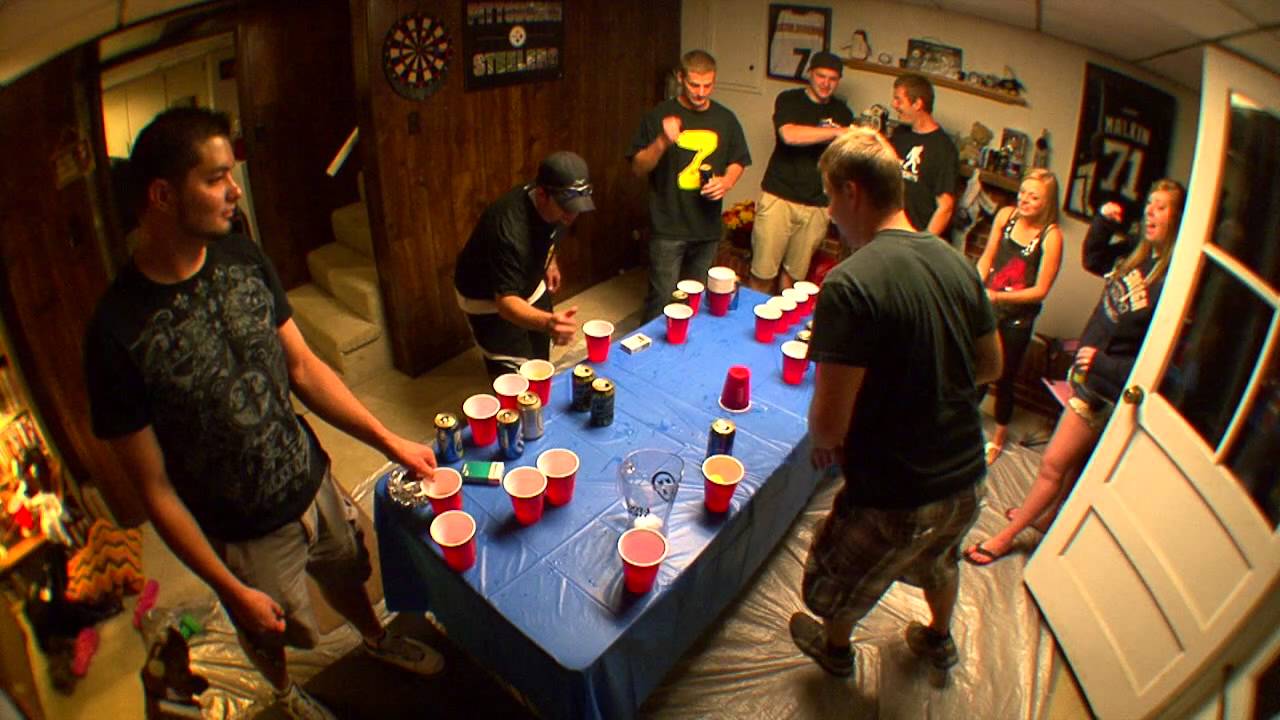 When you are out on a road trip, vacation or just a party with your friends, alcohol is bound to come up at one point. The best way to consume it is through drinking games to liven up the whole experience.

Here are some fun drinking games you can try out whether you are two people or more:

For this beer game, you will need an empty pitcher, beer and a deck of cards. Basically all you do is wager an amount of beer into an empty pitcher and then you pick red or black. if you’re right, the beer stays and the person next to you goes. If you’re wrong, you have to drink what’s in the pitcher. You also don’t stop going until you get the color right.

Only works with canned beer. When you finish your current beer you tape your new can on top of your old can with duct tape to form your staff. Whoever has the longest staff is in charge and all others must obey.

This is a game you can play, either solo or with friends at a bar or restaurant. I never bothered to name it but it’s what I used to do when I didn’t like the bar I’m at and was on a bender.

It’s best played when you are in a bar you hate, but is busy for some reason.

If you finish your drink while doing this, order another drink and head to the bathroom without stopping. You have lost.

Failure conditions: Getting so drunk you forget where the bathroom is, or pissing yourself.

One person names a suit. For example, let’s say they call hearts. The dealer deals out one card to each person until a heart is dealt. Then the person who received the heart drinks for the amount of seconds on the card. (Jack is 11, Queen is 12, King is 13, Ace is 14). The other people in the circle count up to that number one at a time (they can take as long as they want counting if they want to be assholes). When the person is done drinking, he/she must call the next suit before putting their drink down on the table. If they put their drink down before calling a suit, they repeat drinking for the number of seconds on their card. If someone else messes up the count, the amount of seconds on the card is transferred to that person. If you finish your drink before the end of the count, you can slam your empty can on the table and the person who would’ve been next to count then has to drink for that amount.

Get in a circle and play the song “Thunderstruck.” On the first “THUNDER” a person starts chugging. On the Next “THUNDER” the person next to them starts chugging and so on. Works great with a lot of people since you just add more people drinking at once.

Don’t get caught on the solo or you’re gonna end up chugging your whole beer. 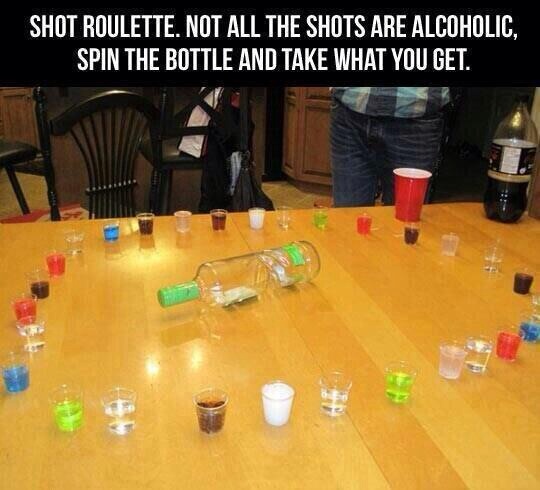 This is a game that can be played by two friends or when you are out on a date. The opposing parties face each other then the first one to go will say three statements about themselves. Out of the three one should be a lie. The other party has to guess which one is the lie among the three. If he/she gets it wrong will have to take a shot.

9. Drink while you think/ Name Game

All players gather around a table. The first player says the name of a famous person eg Will Smith then the next person has to come up with a person whose name starts off with the same alphabet as that of the previous person eg Steven Seagal. Players have to drink constantly while thinking of a name. If they can’t come up with a name or say a name that has already been said out they finish their drink and it automatically passes to the next player.

In this one you need the Mario Kart game and beer. You chug a beer during each race but you cannot be moving while drinking. Either pull over to the side of the road and drink or, and this is the more popular way, drink before you even hit the gas. Loser does a shot (preferably a nasty one).

It’s like a mix of pong and flip cup. You need solo cups and pong balls. Everyone gets a cup. Choose how much alcohol you want to put in each cup, preferably fill half full. Put them in a circle in front of you. Put a solo cup upside down in the middle of the circle and another solo cup on top. Everyone adds a bit of their drink to the middle cup so it turns into a gross alcoholic mixture. Then you take turns bouncing the pong ball. The goal is to get it in the middle cup. If you bounce and it lands in someones cup, they have to take a drink. If you land in the middle cup everyone must then chug their drink and then it turns into a game of flip cup. The goal is to chug your drink down and flip it. The last person left has to drink the mixture that’s in the middle cup. Rinse and repeat.

Grab yourselves a large cup. When it’s your turn, you have to pour a certain amount of beer into the cup based on how confident you are feeling. You flip a coin and call it in the air. Get it correct, pass the cup with your beer to the next person. Get it wrong, chug the beer.

It gets crazy when it goes around a circle of eight people once and there’s like two beers in the cup.

Crack your beers open. First player spins the quarter on the table, the player must chug beer for as long as he/she desires, set the can down and snatch the quarter while it’s still spinning. If the player messes up at all, they must go again. Usually we impose a “3 strikes rule” where if the player can’t grab the quarter 3 times in a row, the game proceeds on to the next player.

Ok, now, it doesn’t matter how long you chug the beer for, but the faster you finish your beer, the quicker you become armed with a landmine. Once you have an empty can, you smash another player’s quarter during their turn requiring them to go again. Last important rule, after smashing somebody’s quarter, you leave your empty can on the table in that position for the duration of the game. So as the game goes, everybody gets drunker, and the table gets filled up with empty cans making the game harder thus making everybody even drunker.