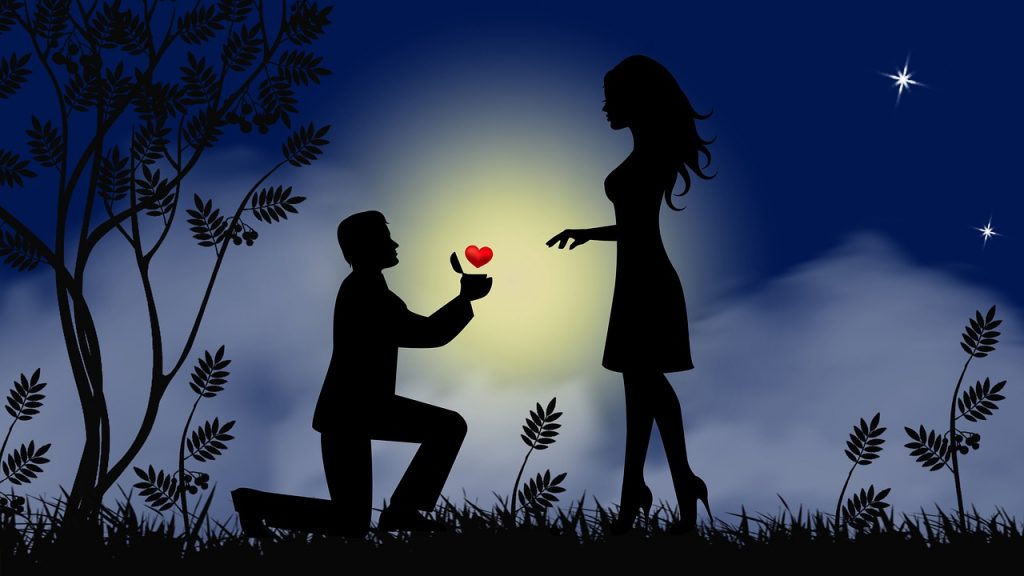 Proposing to your significant other is a big thing for most people in the world and we look for different ways to make it ‘perfect’. One way is through the songs we play during the act itself. Here is a list of songs you can try out when conducting a wedding proposal.

This is off his album Tattoos and in the music video he used his then girlfriend Jason Derulo.

In the song Wale assures his girlfriend that although he hasn’t got it right as a boyfriend he will spend forever with her getting better.

This is the 3rd single from John Legend’s album Love In The Future.

This is a love song where Bruno is so in love with his girl and he is willing to marry her immediately.

In the song Ed imagines love lasting well into his later years. It was the first song to reach 500 million streams.

The lyrics talk about falling in love at first sight and wanting to grow old with them.

This song was dedicated to Ed’s then fiancee Cherry Seaborn.

9. David Guetta – 2U
This is a romantic track dedicated to a woman who is worth the chase and time she demands.

In comparison with the rest of the world, Alicia Keys doesn’t want much but just her lover.

The song tells a story of finding someone who changes your idea of what a life long love would look like.

Jack revealed that he wrote this love song for his wife.