Many of us have had one time where you go somewhere and a person tells you that you cannot be there. Some of us may just leave without really thinking about it but other people may get curious and angry that there is somewhere that they cannot be in and now that they know that, they want to go there for some reason.

There are a lot places like this, where you need some sort of qualification to go there or you just can’t go there but they do not give you a reason. Here in this article, we will focus on 15 places that sound great to go to, but unfortunately we cannot. 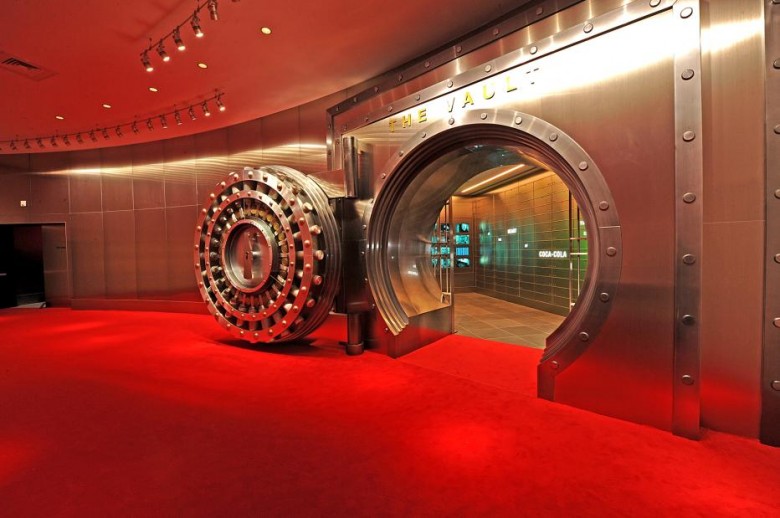 If you don’t know about the Coca-Cola company, then you are missing out since it has been the leading soft drink producer for over 100 years and the products they make are just amazing. So amazing that a few people may want to know what they put in it. Well, you can’t find it out since the company has guarded this secret ingredient in their drink in their Coca-Cola recipe vault located in Atlanta. People have gotten close to the vault since it is an exhibit but no one has gotten inside the vault for the past 125 years. Nice way to make money from curious people.

Imagine Noah’s ark, but instead of every animal replace that with every seed. That’s basically the Svalbard Global Seed Vault. This facility is designed to protect crops from the worst catastrophes that may happen as time progresses. Too bad we can’t go there even though it might be an awesome thing to see every crop on the planet. But, we could take a virtual tour of the place which is almost as good. Gives us hope that if anything happens to the earth, God forbid, that its beauty just might be able to be restored.

All high-officials might need extra protection at a time in their life and this place just might get the job done. Mount Weather is one of the most secure places in the world and it is just a few minutes flight from Washington, D.C. It has an overground and underground facility and it is just waiting for some event that may endanger very important officials. But you cannot come here since you are not welcome, unless you are an important official and you are in a lot of danger.

Every military needs a place to test its weapons and Australia is not excluded from this. But this testing area is different from normal in a way that they test their weapons to the maximum of their capability, which is a reason why you can’t get inside without approval from the respective authorities. This is because this area is so crucial to Australia’s national security. But if you somehow happen to gain access to the area without authorities knowing, be wary of dying there just because of a test that was being run at any given time.

Would it be nice to be able to see a native community that has been able to not be affected by the changes happening in the outside world? Well, you can’t see the one in a section of the Brazilian rainforest called the Javari reserve. This section of the rainforest was discovered to have human activity once high resolution satellite images just happened to spot them. Now, in order to preserve this culture, authorities are protecting over 30,000 square miles of the rainforest and not letting anyone in. Too bad, I bet it would be awesome to see this community.

When people hear Area 51, the first thing they think about is aliens. The government has tried to deny that area 51 exists in the past years and keeps on denying that it takes care of anything related to aliens or UFOs. They mean to keep this area a secret and they are doing a good job at keeping people away. On the way to Area 51, you may find signs that are asking you to turn back, just see what happens if you decide to ignore them.

Many people want to visit nice islands with beautiful scenery and amazing beaches, we just won’t recommend going here. This is because the natives of this island are not welcoming any modern people to this island and they would go as far as trying to kill you if you approach the island. They have rejected any form of contact from the outside world which explains their behaviour when someone tries to approach their island. Apart from them protecting their own island, we have the Indian government backing them up on this.

Well, we are not even supposed to know that this club even existed. Walt Disney created this club in 1967 to serve as a secret place for entertaining celebrities, investors, and politicians who visited Disneyland and only its members were supposed to know. If you want to go there, you can’t sadly. Apart from it being hard to find, you need a membership fee of $25,000, an annual subscription fee of $10,000. Once you have those, you will be put on a 14-year waiting list. That just makes it close to impossible to get in, no matter how fun it sounds.

England also has its own clubs, but the White’s Gentleman club is the most secretive one there is. It has been standing for over 320 years and only very important men in society are allowed in, no regular guy can even get to the entrance. If you wanted to gain membership to this place, well good luck to you since doing that is not likely. It has the same chance as the queen knighting you. Even though this is an elite club, it won’t be surprising to still find men gambling and drinking heavily in there.

Even though governments out there may look all good in the outside, expect them to have some dirty stuff going on in the background. North Korea’s version of this is Room 39, where secret organization come in and do some illegal stuff like counterfeiting, international insurance fraud and drug dealing and manufacturing, and this is just scratching the surface. The money made through this activities help out in the country leadership and their nuclear weapon program, which is why they are not allowing anyone in that area.

Mezhorgye was a town in Russia which was closed down by the government but the interesting fact is that none of the residents leaving there were forced to leave their homes. This is because they believe that some of the residence there are still working at a Mountain called Mount Yamantaw, which people suspect that there is a nuclear facility that Russia is hiding from the rest of the world. Too bad no one can really go there to prove this since this town has been off limits and we will just have to imagine what actually goes on in there.

In February of 1963, Survey was born from volcanic eruptions that happened in the middle of the sea, and it continued increasing in size through eruptions for the next three and a half years. Even though its size might have reduced because of natural reasons, it is now a 1.4 square kilometer island. No matter how cool it sounds to visit a place like this, the chances are not in your favour since it has been reserved for study matters concerning the life matter there. Only a handful of scientist have visited this island to see how the wildlife adapted to this new habitat and their behaviour. If we ever get a chance, this will be an awesome thing to see.

Most people might suspect that the US government is doing some secret activity with another country, and they might be right. Pine Gap is a top secret research facility between the Australian government and the US government. Of course none of the two governments will want its people to know of anything which is why they don’t speak of it and it is located far from civilization so that no one can track its signals. If they allowed people in the area, we could finally find out what the government might be doing in its spare time while we are not watching.

Do you ever wished you could see an actual abandoned city because of some unnatural thing that happened? well, even though it would be awesome, probably you will get into a bit of trouble if you try to go to this place. Pripyat unfortunately had an accident happen to the Chernobyl plant happen to them, which forced the residents to evacuate the city within two days. Nowadays, there is too much radioactivity going on in the area which makes the place have to be guarded for everyone’s safety. Probably won’t be a good idea to venture into deep parts of the city without guards with you.

Anyone instinct when they see a wild animal will be to either run away or kill it, and this is the same case with snakes. Even if you like to tame snakes and keep them at home, you would not want to come to this island in Brazil. Snake Island habitats over 4,000 snakes and these snakes are super deadly. You are not allowed to come with this island since the government has forbidden anyone from going there. No government wants their people or anyone to walk into a death trap.