The hectic lifestyle of the modern twenty first century man isn’t as easy on our health. We have a habit simply to continue abusing it. International cuisine has several savoury dishes to brag about, every country has its own culinary habits, and every culture has a different sense of taste. Every single day we tend to consume foods that contain potentially harmful ingredients which may prove dangerous to our health and we don’t even are not even aware of it. Some are seen as such a threat, that a number of countries simply decided to ban them.
The same health concern is not shared by all food bans, and there are some situations in which foods become illegal since they’re main ingredient are endangered species of animals, and their cooking process is seen as inhumane, or simply because of the country’s racial policies. For example, if we look at the Roquefort cheese, the stinky French delicacy, that has been banned in New Zealand and Australia until 2005, just because Aussies didn’t quite get the taste of it, and the only logical solution was to make it illegal. It seen Europe’s favourite dishes are banned in the US as a general rule, and conversely.
Approximately 80% of the processed food packed and sold across the US are currently banned in other countries over the planet and the FDA doesn’t seem to really care about it. What is wrong with this picture? You do not need to see your doctor anymore if you are coming down with the flu. 80% of known antibiotics in the US are used in cow and other animal meat.
Bon apetit! 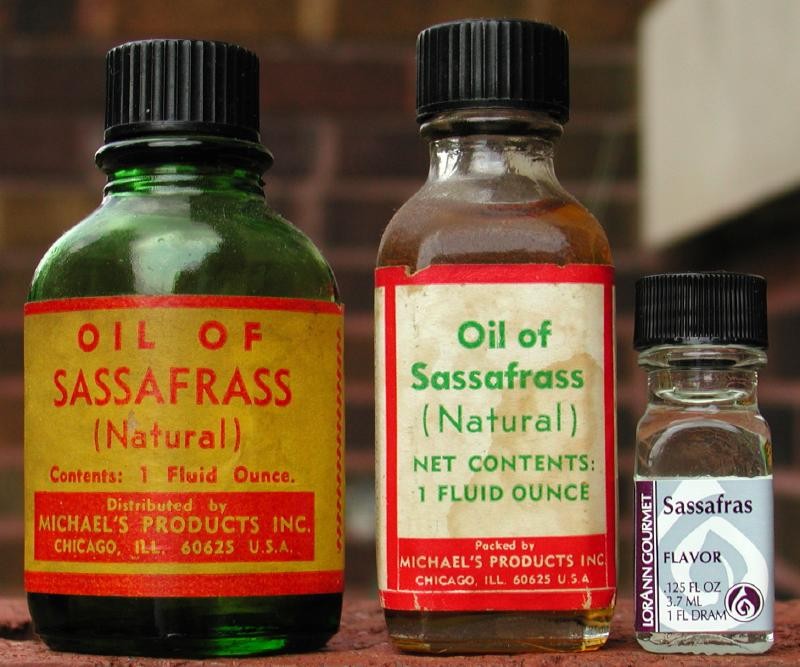 A species of bay coming from North America, the use of sassafras leaves are to spice up different dishes. No danger here. But there is a specific product got from its root, sassafras essential oil, that was once used to flavor beer and other drinks in the U.S. IN 1960, the oil was banned when it was found out that one of its ingredients could cause liver cancer. 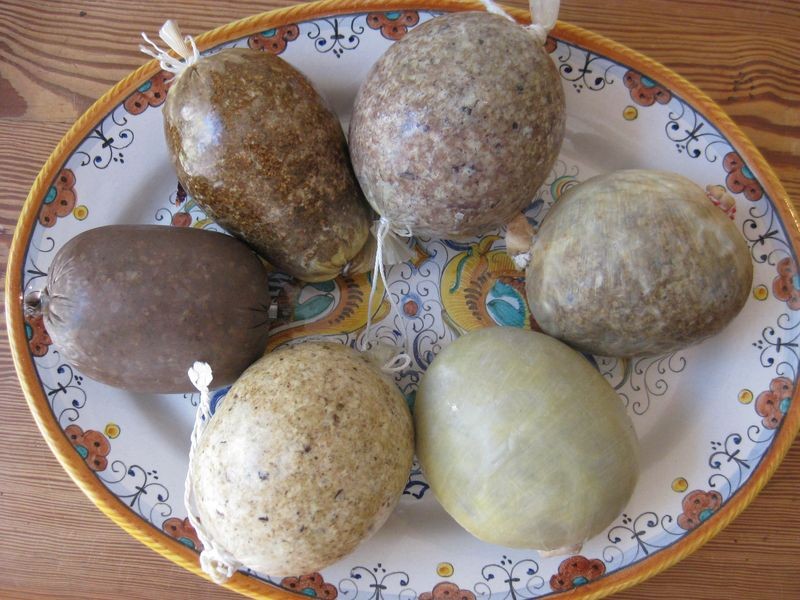 Ask any Scot and they tell you the symbols of their country are whiskey, the Loch Ness Monster, and haggis. But what is haggis? It is first, a delicacy. Second, it is created from sheep lung mixed with other organs, all cooked in the animal stomach. Third, it is banned in the U.S. since it against the law to commercialize sheep lungs. 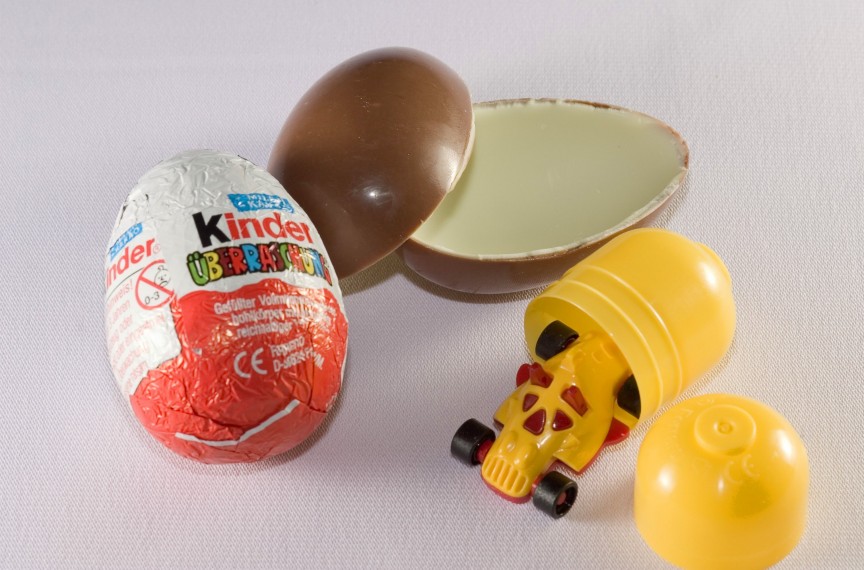 Want to buy your child a Kinder Egg from the store? Surprise! You can’t. Not in the United States at least. You would think it is all because of the little toy inside that is considered dangerous, a possible choking hazard. Again you are wrong! The reason is just because that the product has a non-edible object inside an edible one, the idea simply is not liked by the FDA. 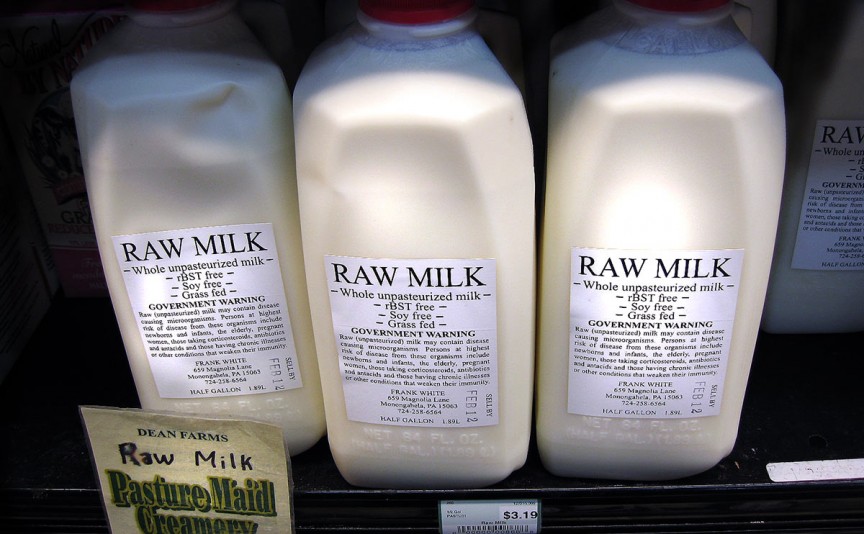 Widely available and consumed in Europe, unpasteurized or raw milk is seen a lot of times as much tastier and more nutritious that thermally processed milk. Still, it was banned in 22 U.S. states and in Canada for fear it may spread listeriosis, E-coli, Salmonella, and Campylobacter, as well as germs. The law does not just apply to milk, but to every unpasteurized dairy products. 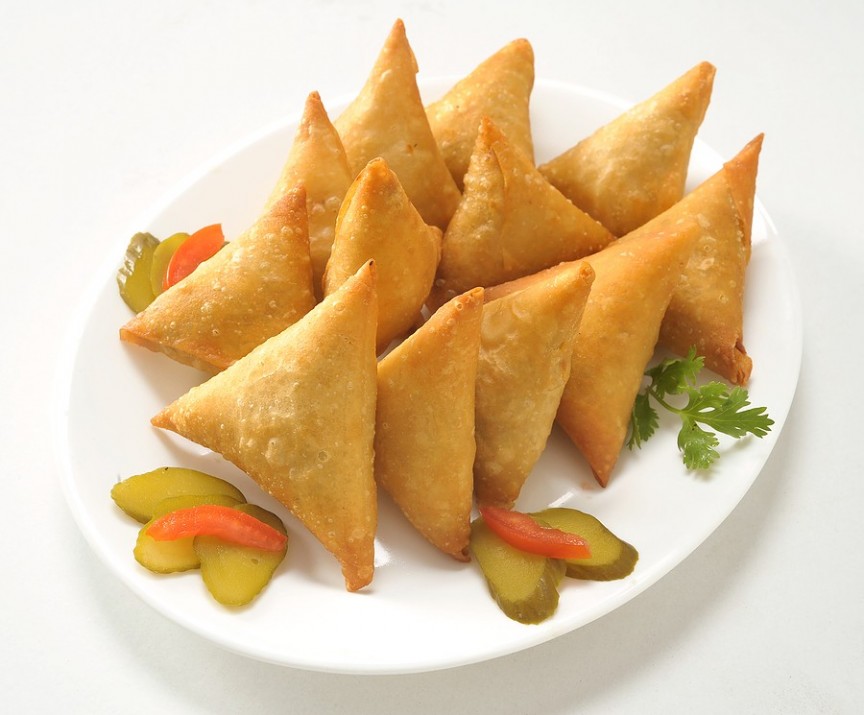 A traditional dish across the India and the Horn of Africa, samosas are a spicy triangular snack prepared from fried dough filled with meat or vegetables. In Somalia, they have been banned since they are seen as “too christian” and “offensive” by Somalia’s Islamic al_Shabaab group, because of its shape which they see as resembling the Holy Trinity. They announced the decision recently through loudspeakers attached on vehicles all over the country. 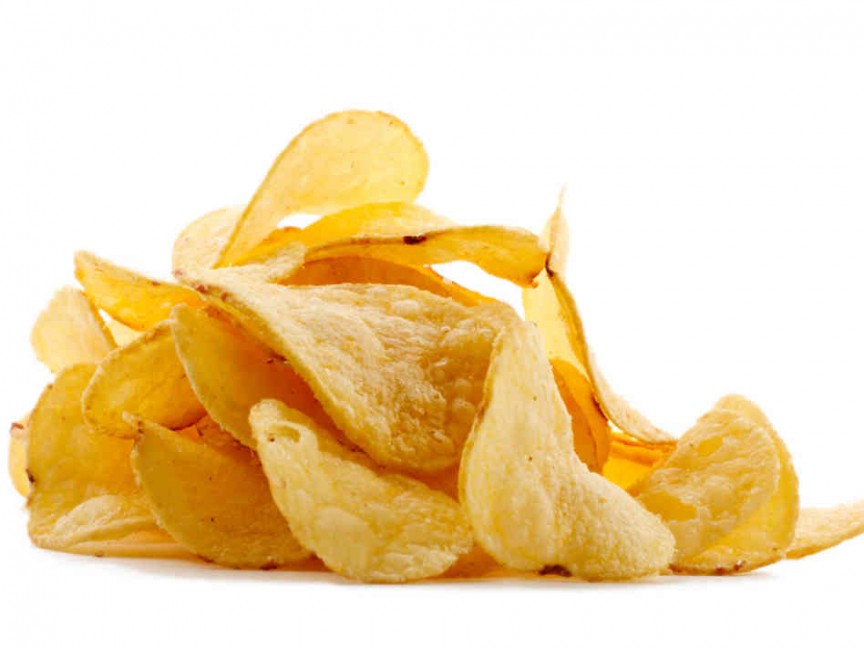 Olestra, also known as Olean, is a synthetic calorie and cholesterol free substitute for fat used in snacks like French fries and potato chips. Made and produced by Procter & Gamble, it was banned in Canada and the UK since it can lead to intestinal problems like diarrhoea, cramps and leaking bowels, while preventing the body from absorbing nutrients and vitamins properly. 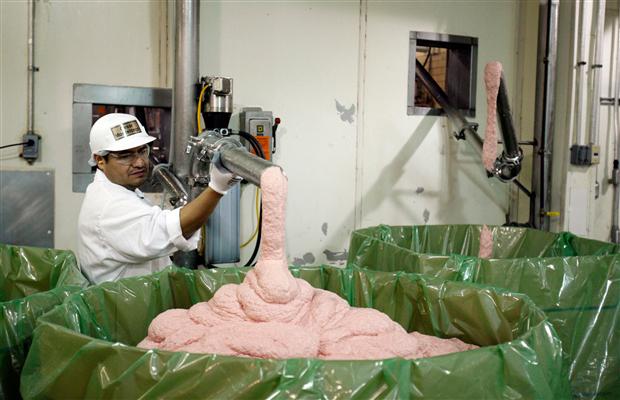 Its name sound just as gross as it actually is. Pink Slime is the name of a paste created from different meat scraps that were once seen appropriate only as dog food. The meat is soaked in ammonia to make it pinkier. The main ingredient in hot dogs and burger meat in the U.S. is still Pink Slime. The EU banned it from being consumed by people. 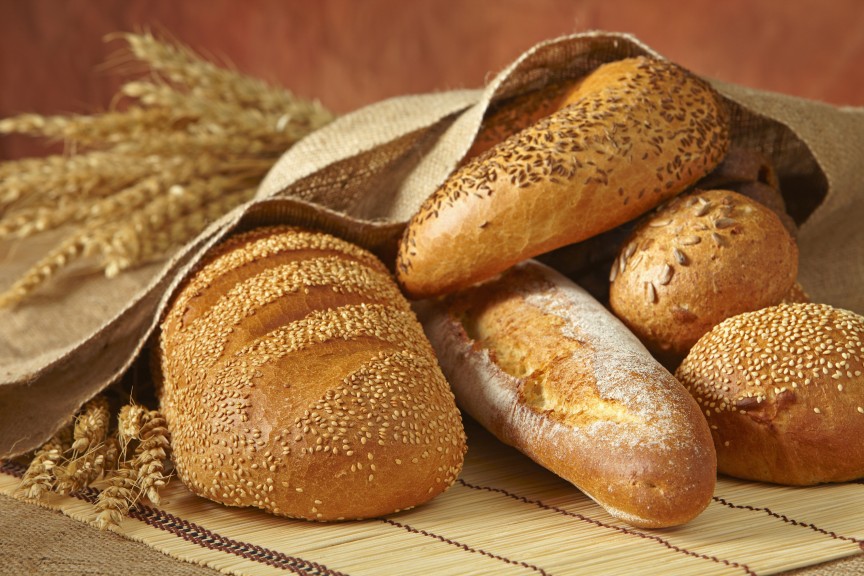 Used as a baking agent, potassium bromate is used to allow bread dough to be more elastic, and reduce the time it is needed for it to rise. Eating bread with potassium bromate can cause nervous system dysfunctions, kidney failure, digestive disorders, thyroid problems, and cancer, which is the reason why it was banned in China, Brazil, EU and Canada. 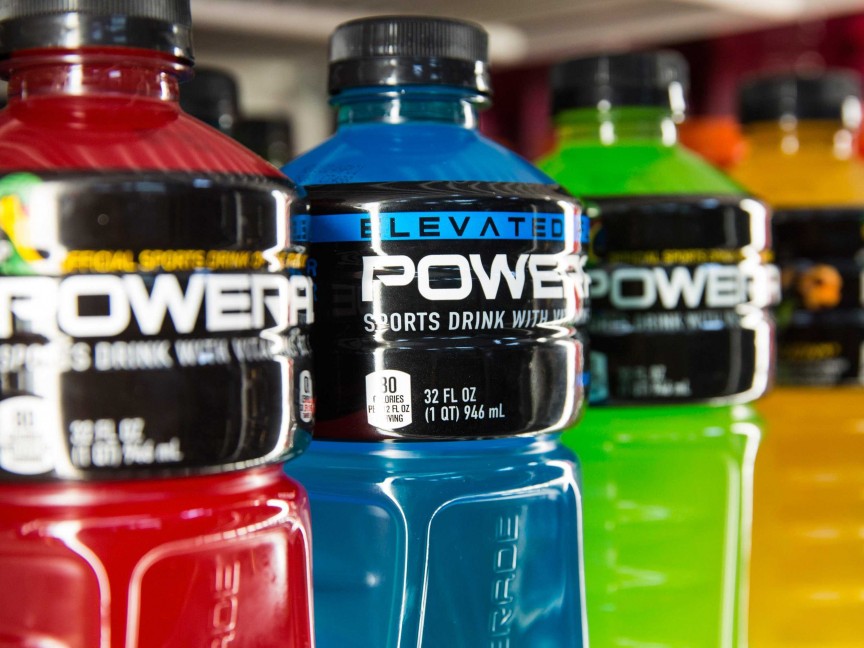 BVO is short for Brominated Vegetable Oil, a synthetic chemical that was first patented as a flame retardant. It is the same ingredient that most citrus-flavoured sodas and sport drinks in the US have in common. Over 100 countries, including the EU, has banned it since it has been shown to lead to thyroid dysfunctions, affect the growth process, facilitate autoimmune diseases, and cause schizophrenia. 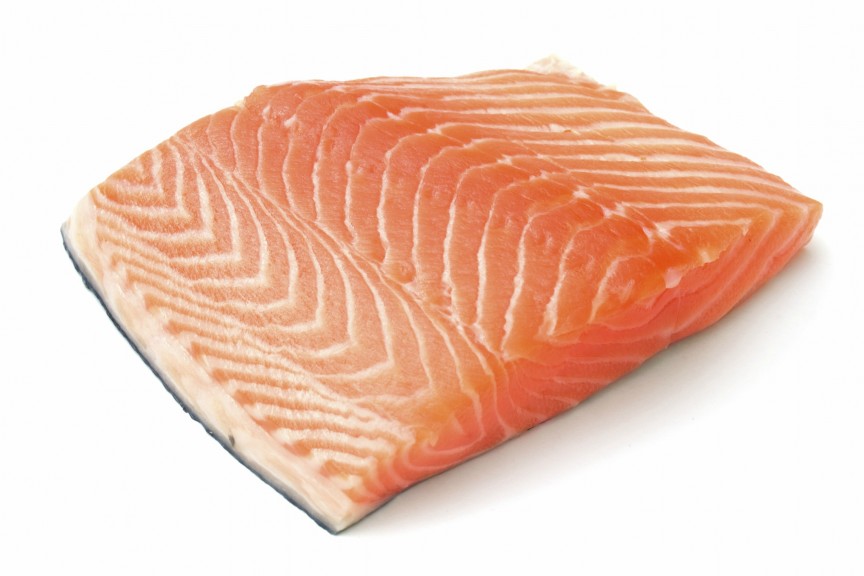 Everyone thinks salmon is a healthy meat, which is correct if it comes from its natural habitat. But farm raised salmon is fed in unnatural menu of grains containing antibiotics and other drugs. This “magic” mixture affect the color of the fish’s flesh, turning it gray. But wait, in order to make it pink again, producers add astaxanthin, a substance created from petrochemicals, not approved for human consumption. Still, the FDA looks fine with it. New Zealand and Australia has banned farm raised salmon. 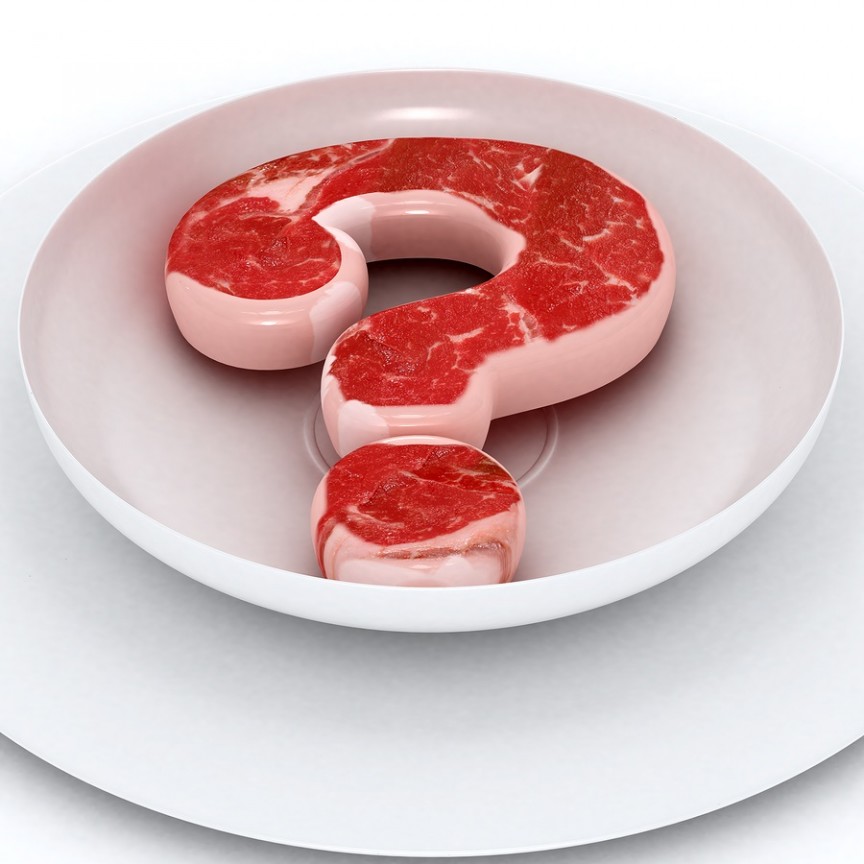 Ractopamine is a synthetic additive normally used to raise the muscle mass in animals. Treating asthma uses a similar substance. Ractopamine can cause obesity, insomnia, health conditions, spasms and headaches. It does not come as a surprise that it was banned in 160 countries, including the EU, China and Russia. Yet, it is still used in over 30% of cattle, 45% of pigs and even in turkeys in the US. About 20% of the ractopamine taken in by the animals stays in the meat we purchase from the supermarket. 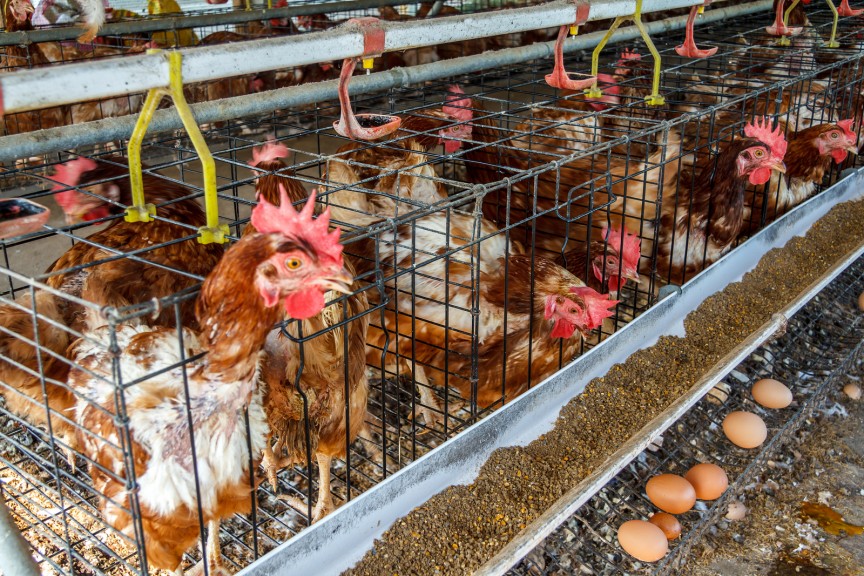 Ask anyone to say the first poison they think about, and they will say arsenic. So why in the world use it on our food? Simply: factory chicken are given arsenic to allow their meat to be more pink, looking fresh for a longer time. Cancer is caused by arsenic, which is the reason why arsenic fed chickens were banned in the EU. Still, the FDA allows arsenic in US chickens since they say it is “organic arsenic,” less dangerous than the inorganic one. 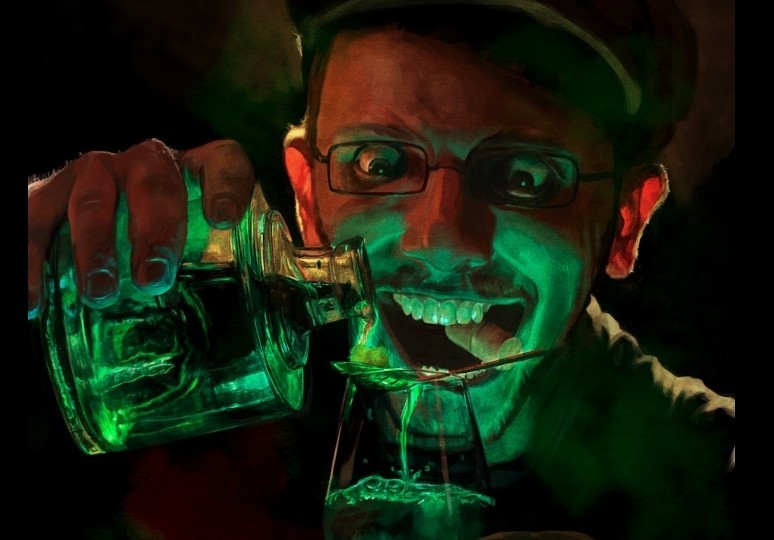 Made from the leaves of different wormwood, absinthe is a really strong alcoholic drink. Records point to 1797 as the year it was first sold, however, its exact origins remains unknown. Absinthe is believed to stimulate creativity, but it can also lead to aggressive behaviour and hallucinations. France, the same country it is believed to have come from, has put a ban on the drink for over a century. The Senate voted it back on the market in 2011. Absinthe will most like forever remain illegal in New Zealand, Australia and the U.S. 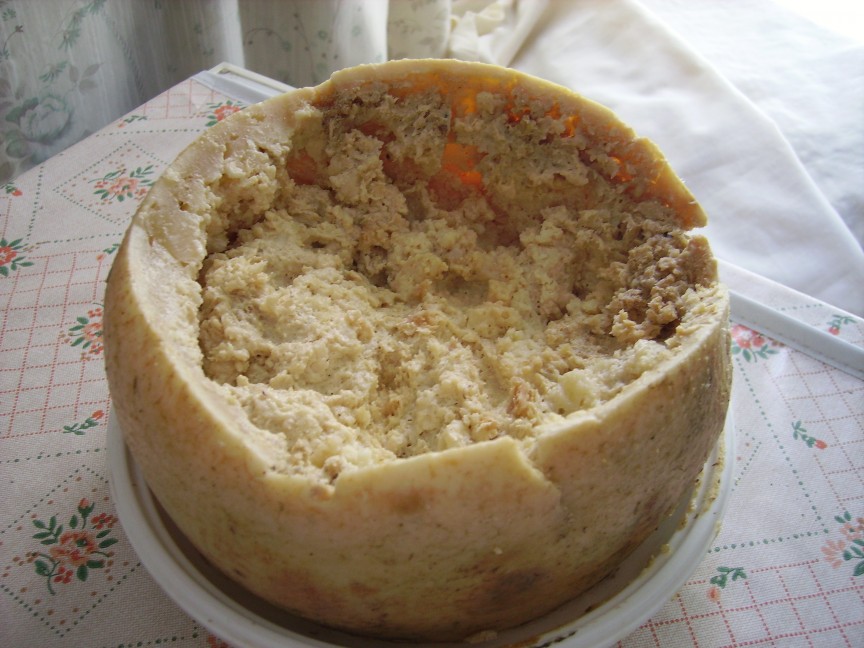 The equivalent of that stinky rotten cheese the French love so much, Casu Marzu is a traditional dish in Sardinia. It means “rotten cheese” if you translate it. It is made by injecting larvae of flies inside Pecorino cheese. The larvae digest the cheese, taking it to a whole new level of fermentation. Most of the time, Casu Marzu is eaten with the larvae still inside, in which case it becomes quite dangerous. The larvae is not destroyed by the Gastric Acids, which can end up in the intestines, the organs being attacked, which is the reason why the rotten cheese was banned in the EU and the US. 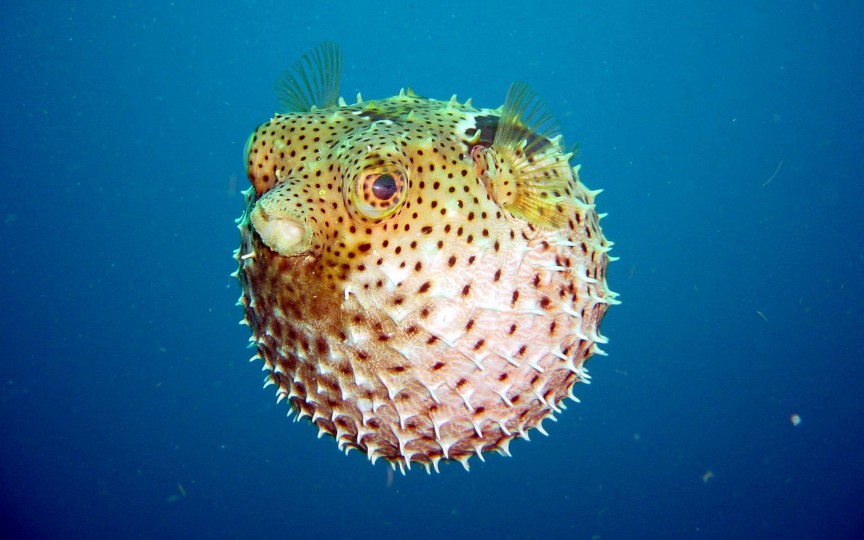 Fugu is the Japanese name for Puffer Fish, the planet’s most venomous invertebrate. Its meat is seen as a delicacy in Korea and Japan. Unfortunately, when not prepared properly, it can turn out to be dangerous. Even the most skilled cooks require three years of training to master its secrets. Fugu has a lethal neurotoxin named tetrodotoxin. When made incorrectly, the toxin stays in the fish, paralyzing the muscles, causing asphyxiation. There is no cure. You are dead only after a few milligrams. No wonder it has been banned in the EU. 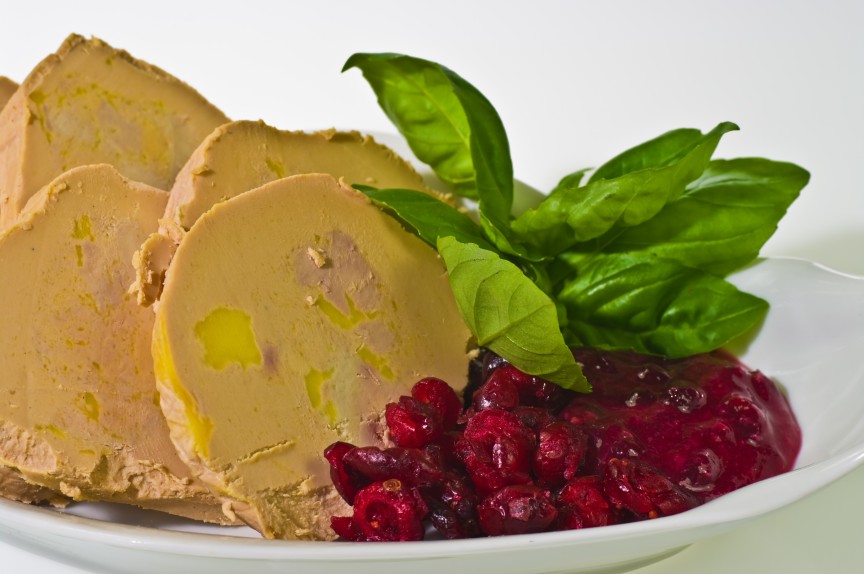 Foie Gras is the French name of a well known delicacy, and what you see is what you get, as it means exactly “fatty liver”. It is prepared from goose or duck liver. So far, nothing spectacular. Except they torture the birds, the birds are forced to eat four or five pounds of food a day with a metallic tube shoved down their neck. The process is repeated days in a row, until the bird gets a condition that makes the liver turn 10 times larger than usual. Then, to give it special flavor, the liver is then kept in honey and milk. Because of the cruelty the animals are treated with, and because it is seen as inhumane to consume the liver of a tortured being, foie gras has been banned in 14 countries, including a lot of US states. 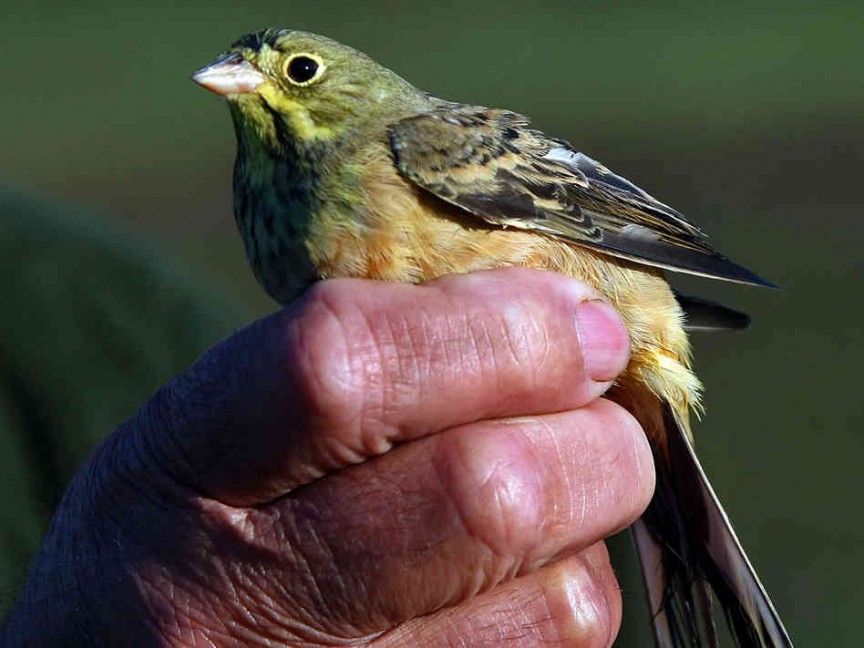 For thousands of years, this small singing bird the size of a sparrow has been tortured to create a special delicacy for the nobles of France. After it is caught, it is either thrown into a very small dark cage, or they have its eyes plucked out, since darkness determines it to eat more. The ortolan is a fattened until it becomes four times heavier than usual. When it is a the desired weight, it is drowned in brandy and is fried to be eaten as a whole. Right now, ortolans are threatened by extinction, and hunting them is now illegal in France. However, the black market continues to kill about 50,000 each year.