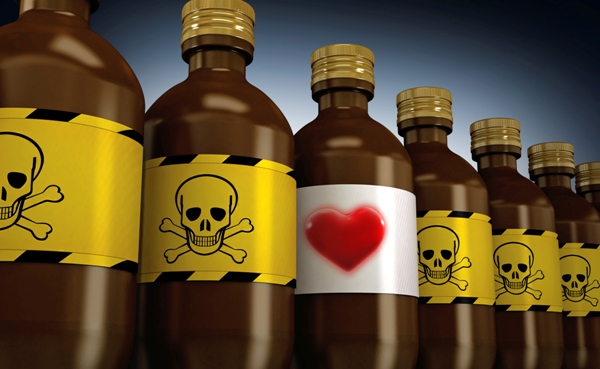 Millions of people all over the world get into relationships everyday but sadly not all of them get the fairly tale ending we all crave for. Some just get very toxic and unhealthy which is very hazardous to one’s health and wallet. Some of the signs that you may be in a toxic relationship include:

1.Rihanna – Love On The Brain

The song reflects on Rihanna’s life back in 2009 when she was physically abused by her boyfriend Chris Brown. She was still dangerously attracted to her lover despite all the horrible things that happened to her

Toxicity is reflected in the words:

You get under my skin
More than anyone’s ever been
But when we lay in bed
You hold me hard ’til I forget.

The song is about a guy who keeps saying he wants to be with her but changes his mind over and over. She continues to go back to him no matter how much it hurts during the break ups.

5. Ellie Goulding – Something In The Way You Move

Some of the words in the song are:

It is about someone who is trying to break free of someone that is controlling them.

Mariah wrote the song whilst she was in the middle of divorcing her then husband, Tommy Molotta. According to many people, Molotta was very, very abusive towards Mariah.

She may be sarcastic about missing the abuse

16. Taylor Swift – I Knew You Were Trouble

Taylor Swift sings about how she started dating a guy despite knowing he is not good for her. She is frustrated with herself because she is heartbroken.

This is about Rita’s bad luck with love. It is dedicated to one of her famous boyfriends whom she has now compared one of her former lovers to a snake and devil in the lyrics.

This song could be interpreted as how she is in a relationship with a partner who treats her cruelly. She knows that she is stupid for still being in love with him since that isn’t the way it should be.

Eminem raps about his relationship with Kim which had so many ups and downs. Rihanna’s chorus talks about how there is forgiveness and tolerance despite being horribly treated. There is even making excuses for the abusive partner.

In the song she narrates how she found out her boyfriend has been cheating on her and how she is trying to keep herself together with him despite him not stopping.

23. Selena – The Heart Wants What It Wants