19 carcasses of slaughtered donkeys were discovered by businessman and member of community policing in Kiambogo village last Monday. He tipped off the policemen after noticing suspicious activity in the area. Another 40 donkeys were still being fattened as they awaited to face the knife.

A group of eight young men are believed to be part of a cartel that is circulating donkey meat in Naivasha area have been arrested and are awaiting questioning.

Here are some photos from the slaughterhouse 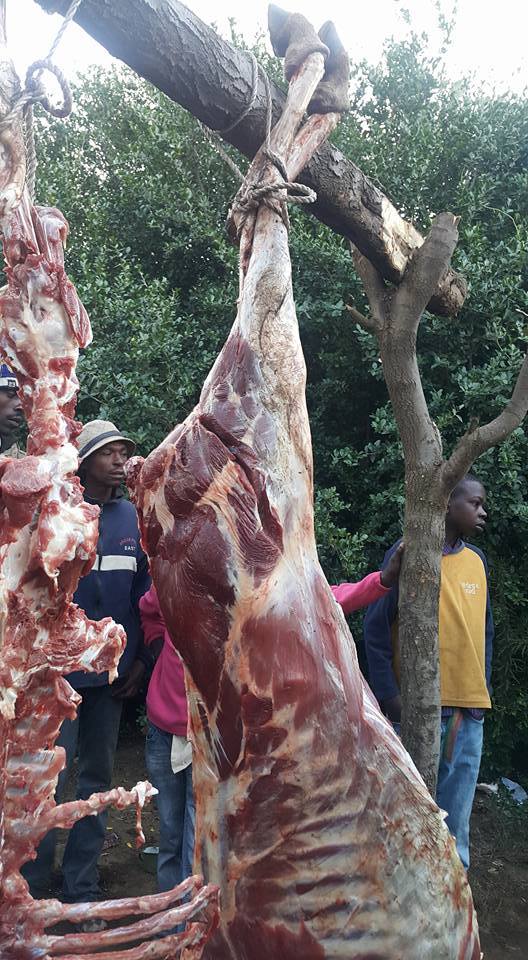 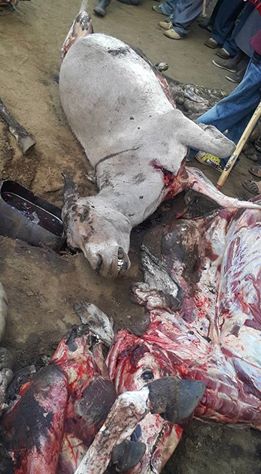 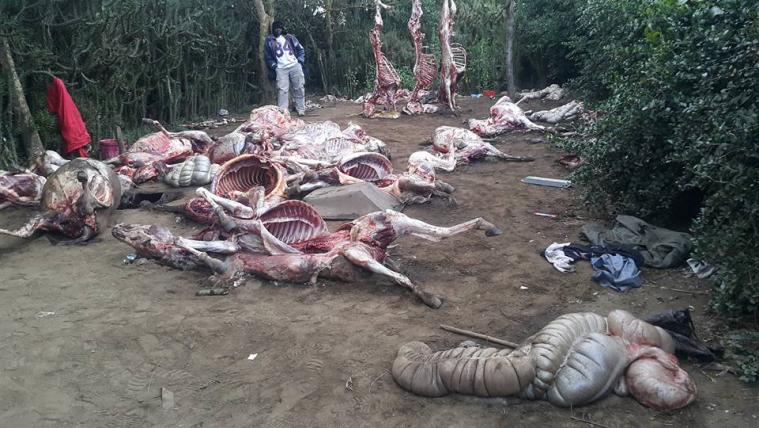