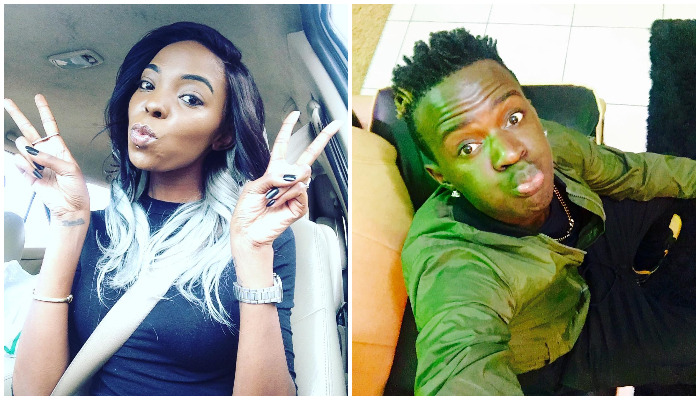 Kiss FM presenter Adelle Onyango and gospel singer Willy Paul have not been in good terms for around 2 years. Back in 2014 they had a nasty beef that ended up on Twitter after the singer called Adelle a lesbian.

Here is a reminder: 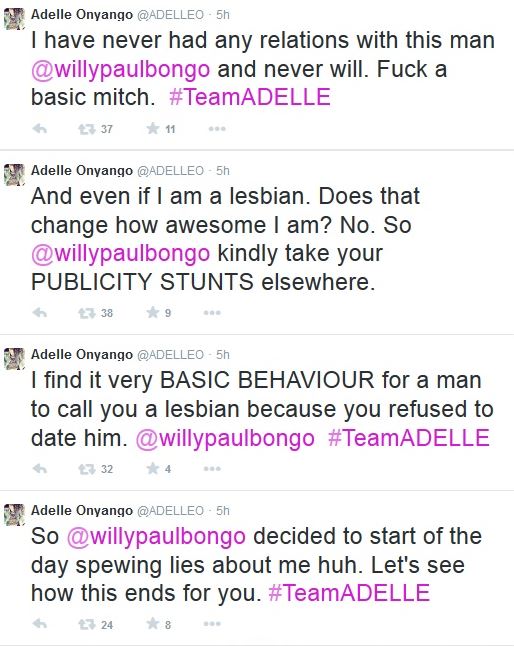 Well, earlier this week on Adelle’s morning show, Shaffie called Willy Paul to talk about his new song “Fanya”. He also took up this opportunity to make the two kiss and make up.

As expected Willy Paul was down for the kissing part but Adelle, not a chance! “Okay we will not kiss but we will make up,” declared Adelle, adding “No, never ever..Sitaki, Sitaki..Willy Paul is half my age. That’s just wrong.”

Here is the conversation: