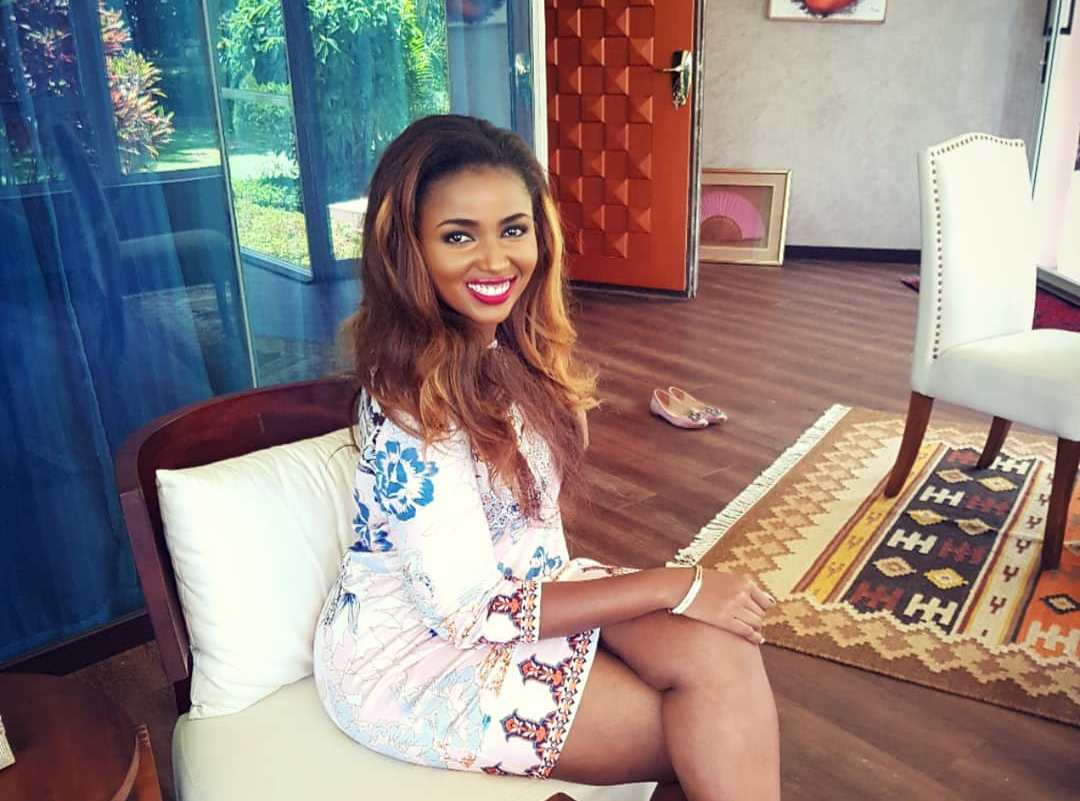 It looks like Anerlisa Muigai is getting fat again after some people online noticed that her stomach was bigger than normal. This even led to some asking if she was pregnant.

Anerlisa couldn’t ignore such comments so she decided to respond and end any pregnancy speculations. She stated that her stomach was just fat that had accumulated.

“Clearly i need to work on my stomach fat if you think that of me,” Anerlisa Muigai responded. 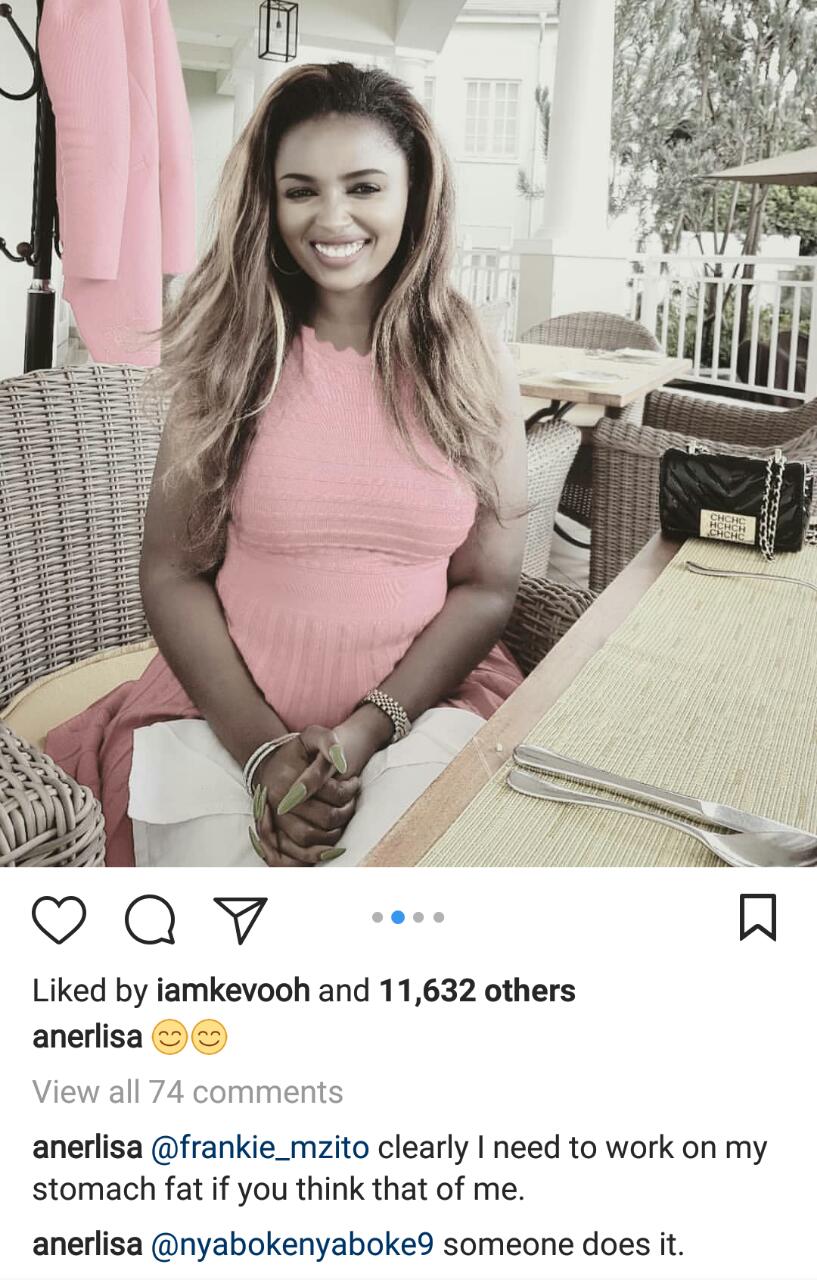 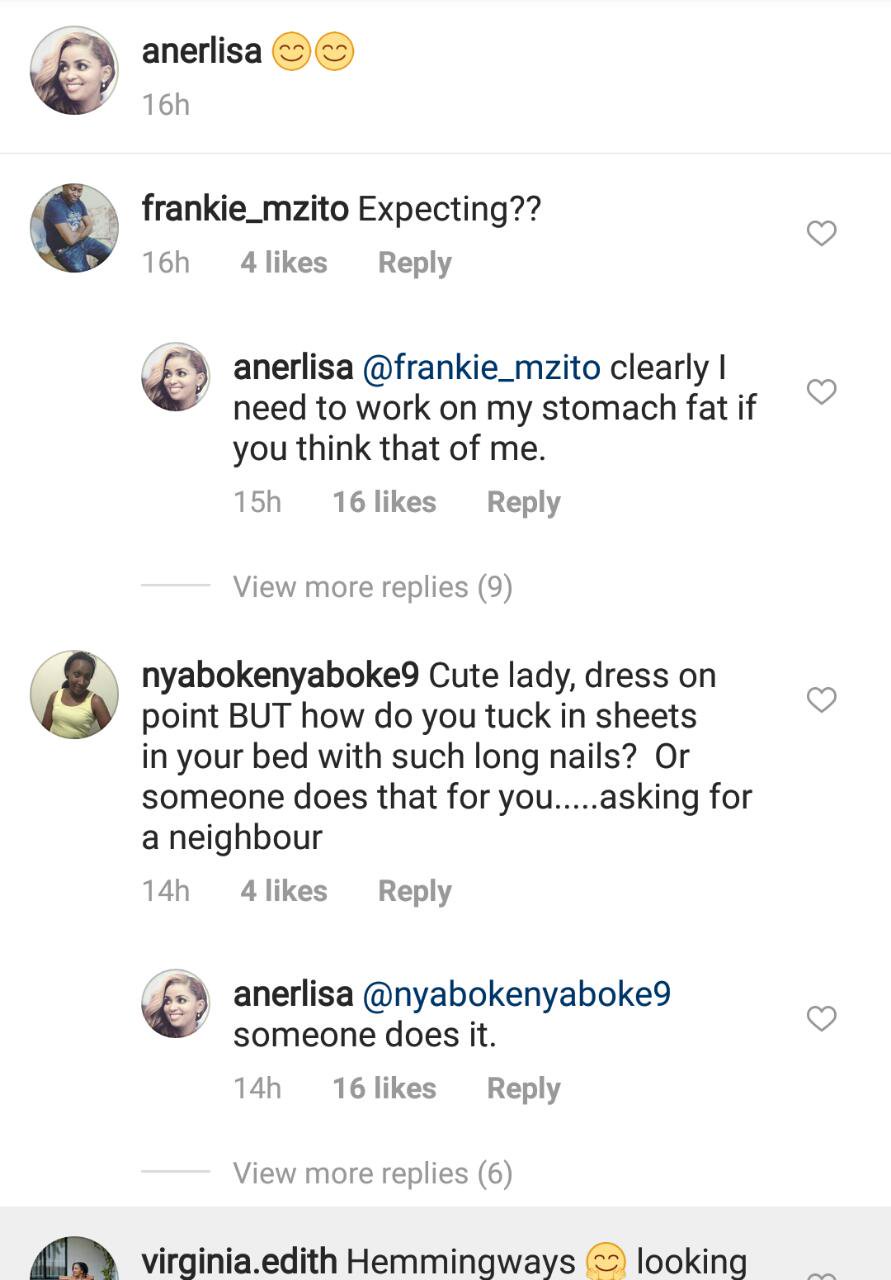 She even took a step forward to share more photos of what her tummy looks when she overfeeds and for sure she looks pregnant in such a scenario. 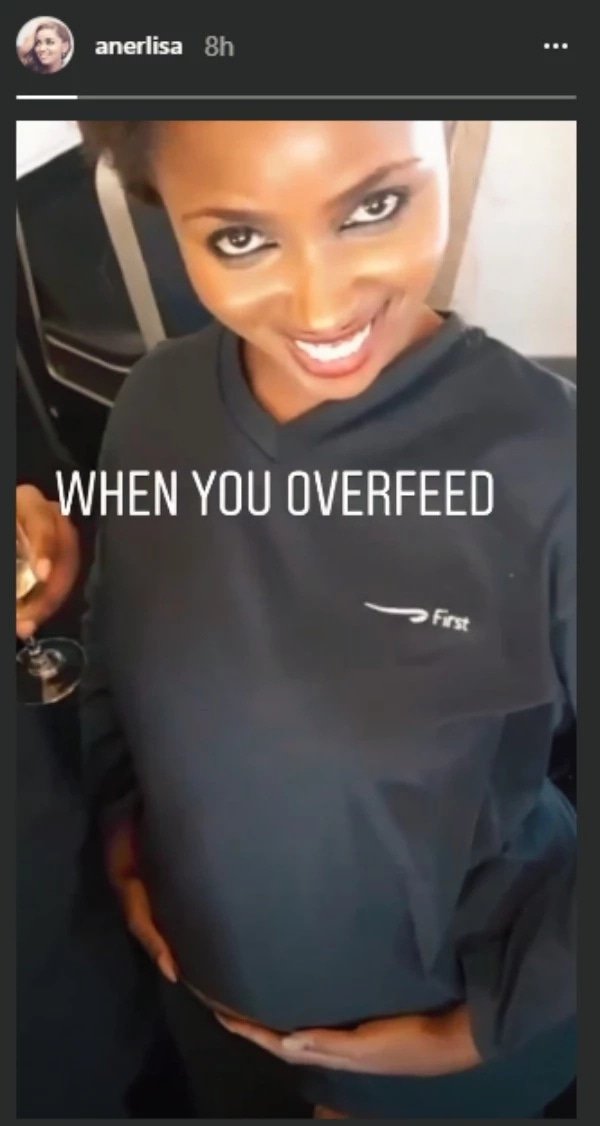 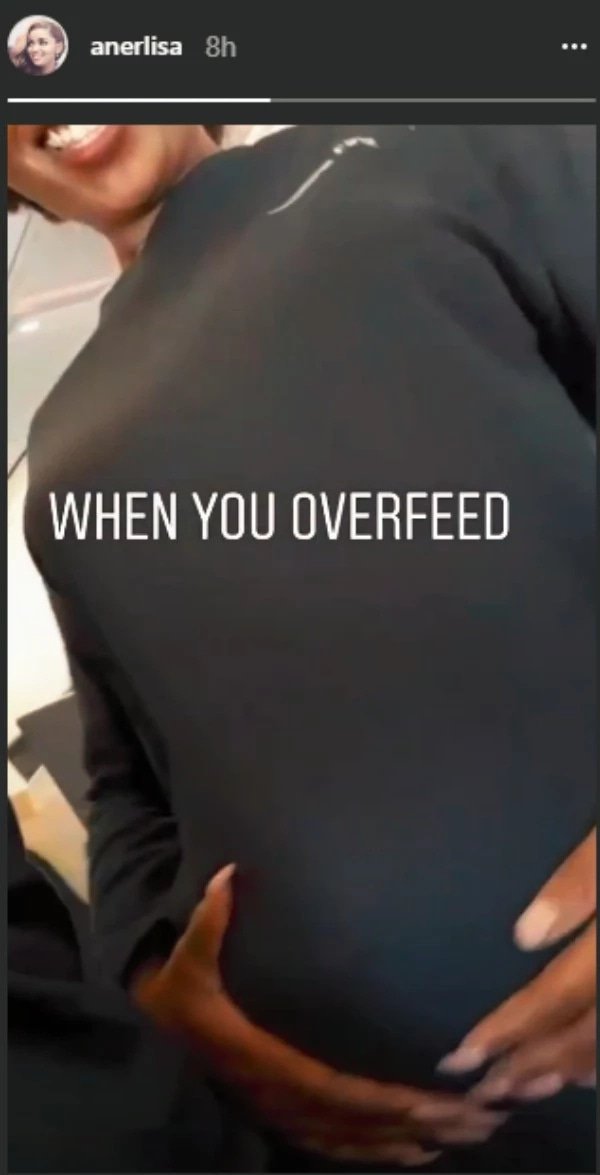