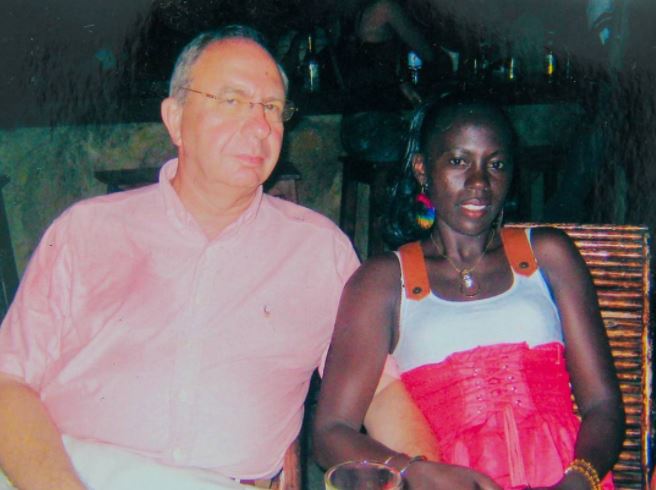 Akothee is a mother of 5 and both her sons have Caucasian baby daddies. She recently decided to reveal how one of them named Markus put her through hell from the time she was pregnant with his baby.

In a detailed post, this is what she said:

Well I always breakdown anytime my son ask for his father’s where bouts, I don’t know how to explain that his father has no time for him! Am happy he finally filled his case in court under matter of urgency ! But my question is , what does Markus really want ? Is it true he really want to see his son ? Or he wants us as a package? Is this not the same man who threw me out 9 months pregnant and denied the child? Is this not the same father who took his son at 3 years to Switzerland and brought him back after 3 months saying he has no time and he wants to enjoy his life? 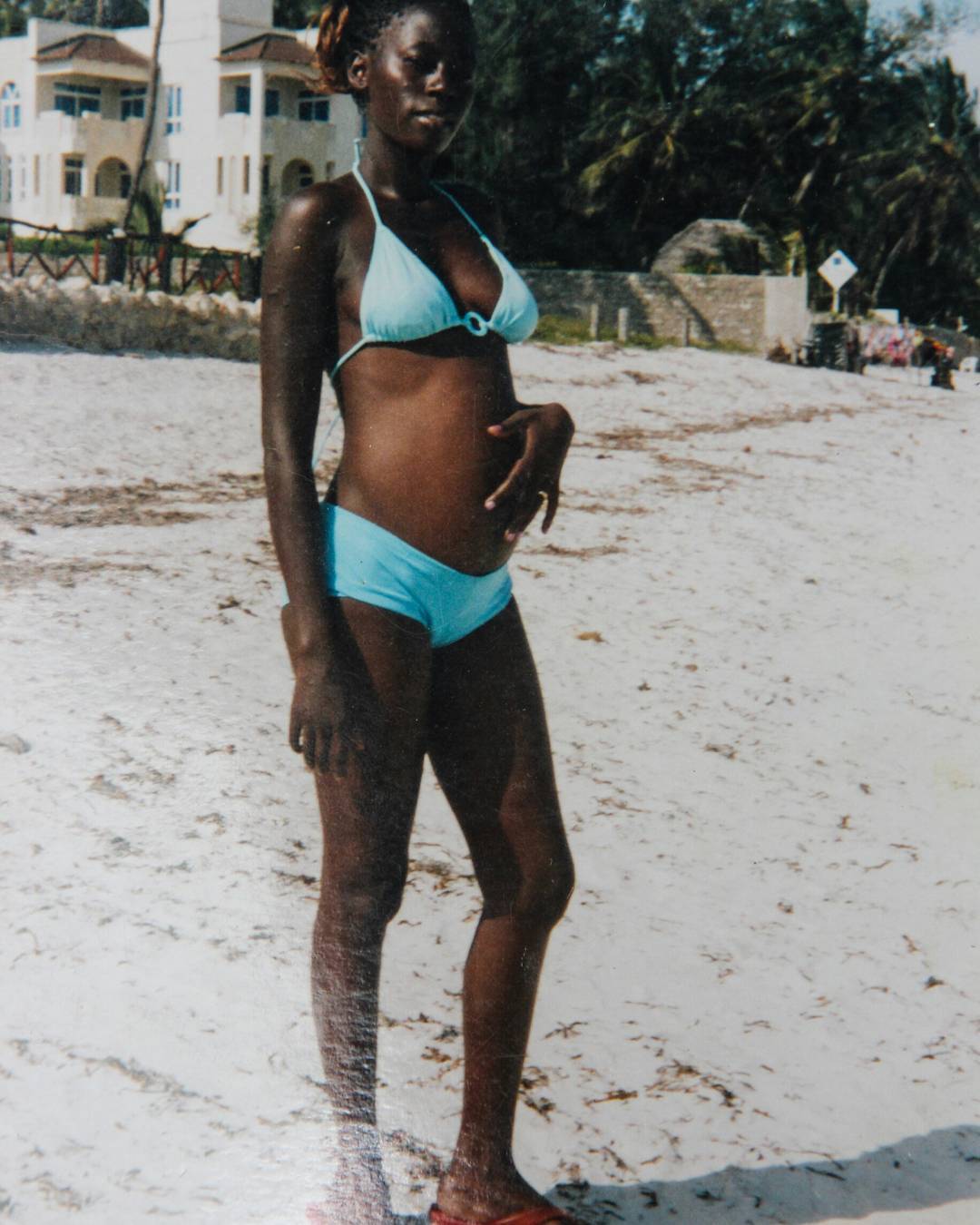 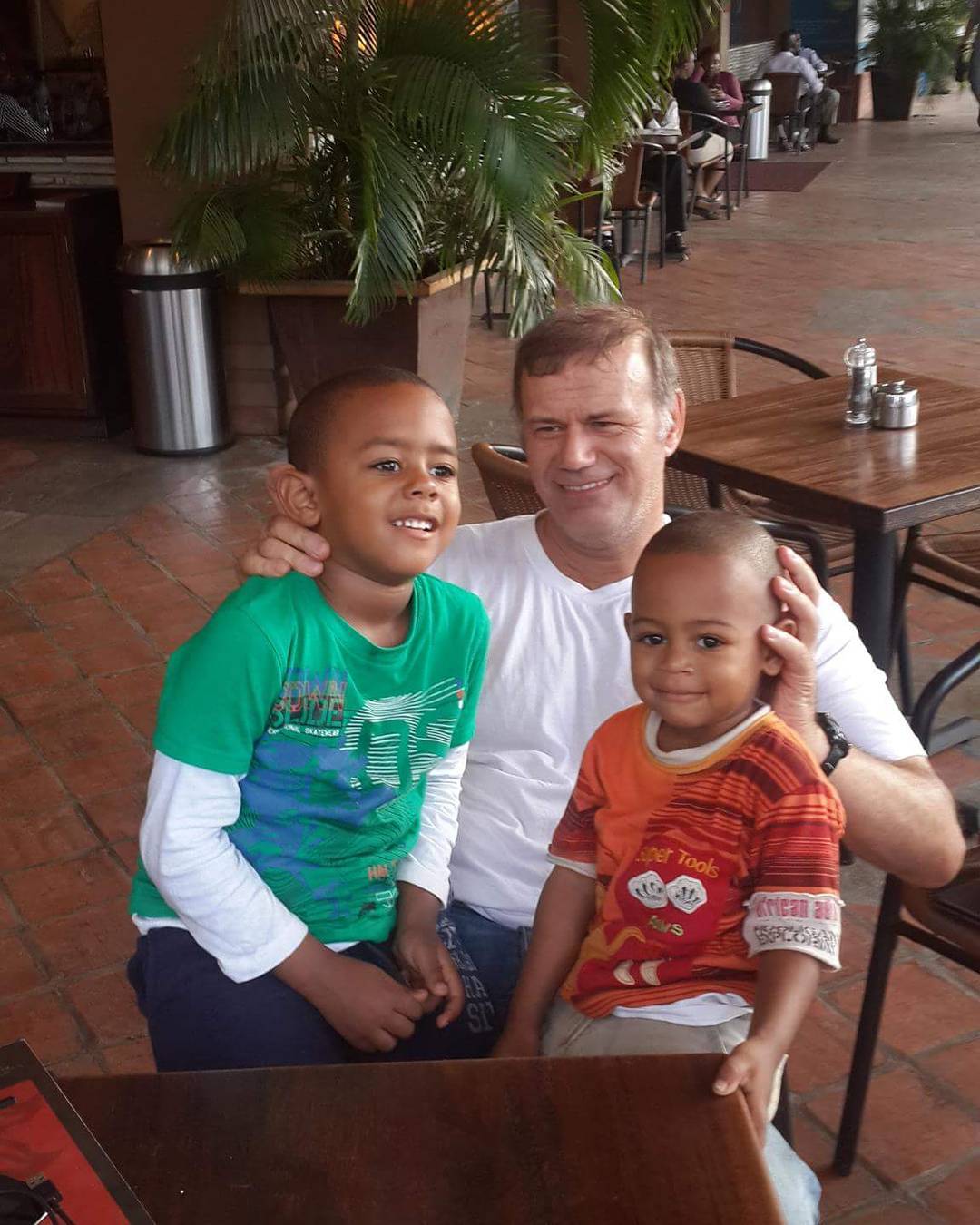 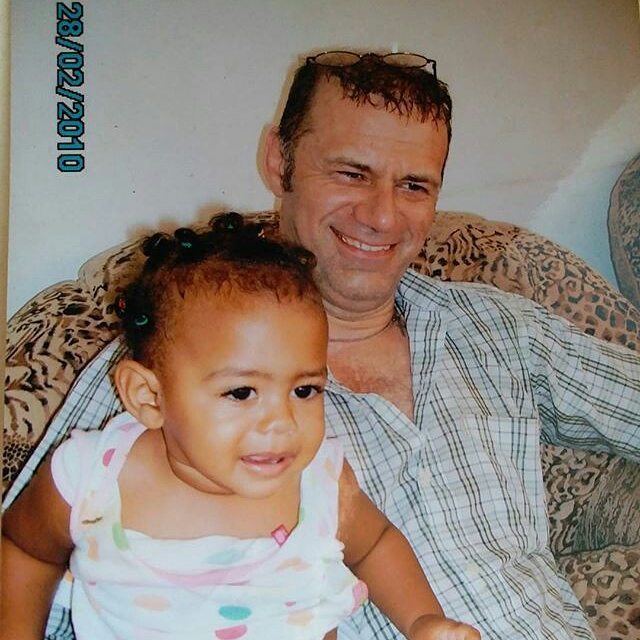 Markus is the father of Akothee’s son named Ojwang while Akothee’s other son is named Oyoo. She went ahead to narrate how he abandoned the young boy at his brother’s dad’s house.

Is this not the same father who cane back again after 4 years took his son to a German school in Switzerland; and came for holiday in Kenya leaving his son with papa Oyoo whom he calls a stranger now. I had no option but to go assist my son as papa Oyoo only speaks French So he could not help much with homework ! is this not the same Markus who said lats week he has no time for his son during the school breaks but only in summer time ? Is this not the Markus who arrived in Kenya early December and told my friends not to tell me he is around! 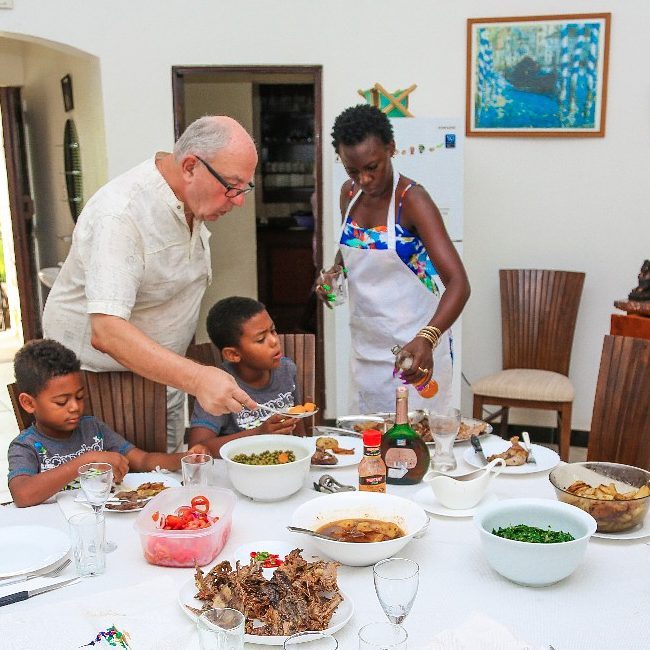 Oyoo’s father with the family during Christmas

Akothee went ahead to reveal her plans of going to court.

And only calling my employees to ask which man is in my house ? What should I go to do in court! What should I go to do or answer in court tommorow ? Because he wants to see his son at his convenient time ? Because I should not date or move on with my life !He claims his son has been living with people unknown to him !is he being fair to humanity ? Today Markus calls Dominic a stranger who has been there for his son since the boy was 2 weeks ! So where has Markus been since 8 years of his sons growth that now he feels the life of his son threatened? 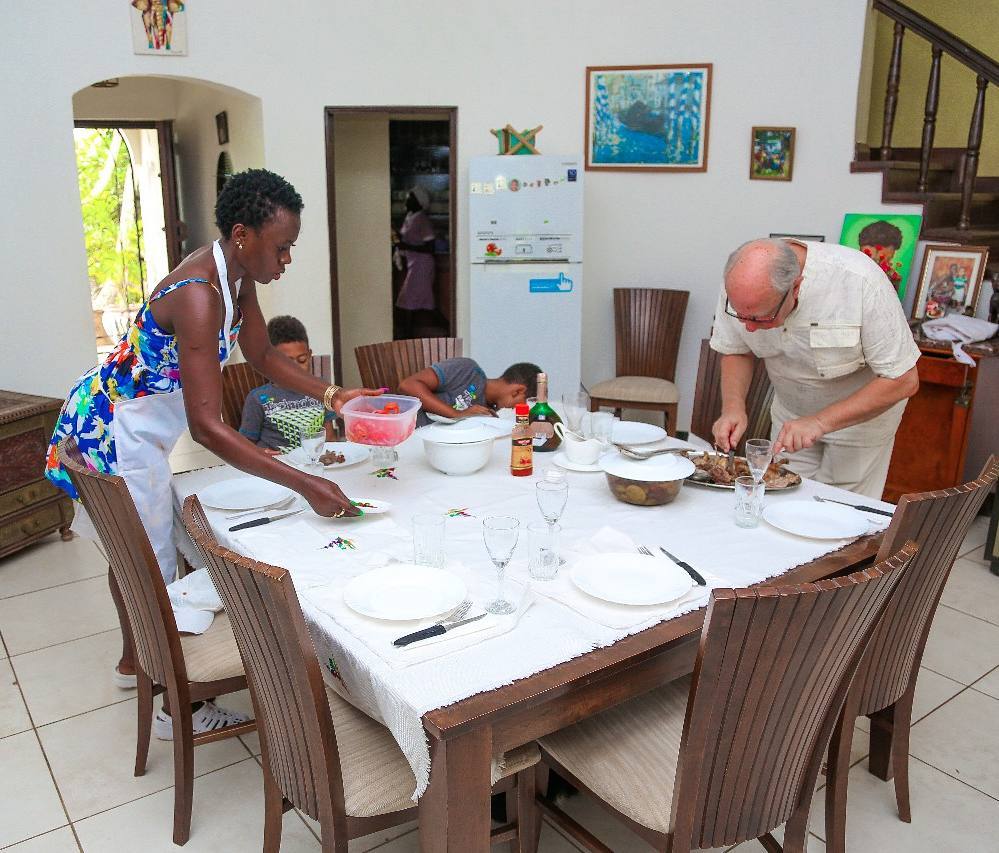 Should I give him his son ? But then will it last before he brings him back! He once said if he is forced to pay upkeep he will run away with my son!Oyaa I am not asking him for any peny am happily taking care of my son , he says I travel a lot and he fears for the life of his son , well Dominic has always been there for me and the children any day and even now ! I am expected to be in court tommorow but wondering to answer what ? SHOULD I GO OR NOT , why are lawyers not telling this muzungus truth 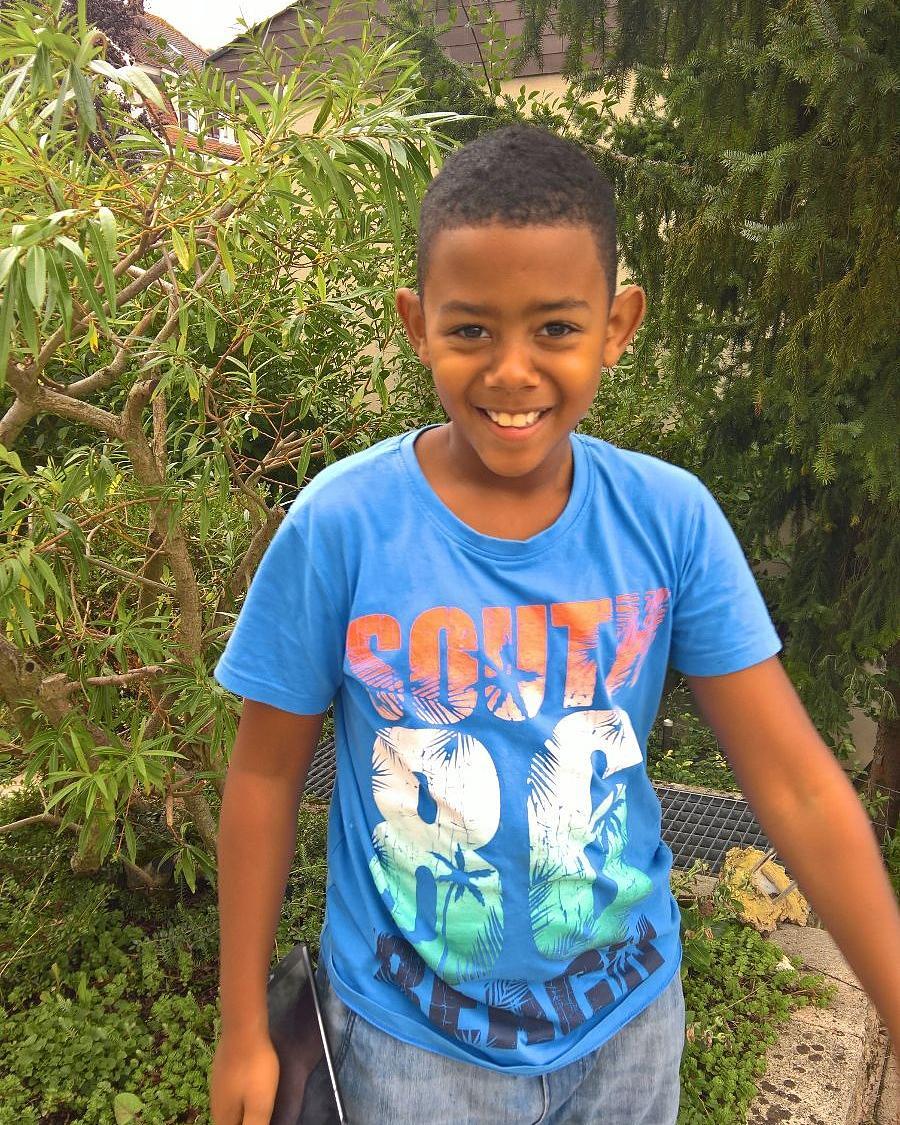 I have always been there for you since day 1 ! for this time round I will go to jail for you! I will climb mountains for you my son ! It has been 8 years of struggle pain & humiliation from your dad ! The tears I don’t allow you to see, just as I protected you from adverse weather and through God’s miracles I brought you into the harsh world !so will I still and be there for you my king !Ooh yes you are a hero and A king Akothee sons , your mum is #malefemale, #internationalbabymama
#sibuormadhako women taking men to court for upkeep & men be taking Akothee to court for free access to their children anytime they want to ! for the child they don’t even know their shoe size 😢😢😢😢, am so much in pain I don’t know if I can stand in court and look at this same man who said he has no time for his own son at 58 years old 😢😢😢, threw us out of his house 3 times , don’t envy my life so much shit behind cameras enjoy your small life, I can’t edit or swallow my past this too shall pass , who wanna come with me to court tomorrow? where are you mum, @nyasego_b , you the only one I need right now, how about @nellyoaks what do we do I can’t stand my son’s name in court for what ? Am not asking for food nor upkeep why is my son’s name rotating in lawyers hands !what’s going on ? 😂😂😂 today the president of single mothers is under sieke gar schold mood awuoro, kawuono onge kal polis 😂😂😂 Iak chogo