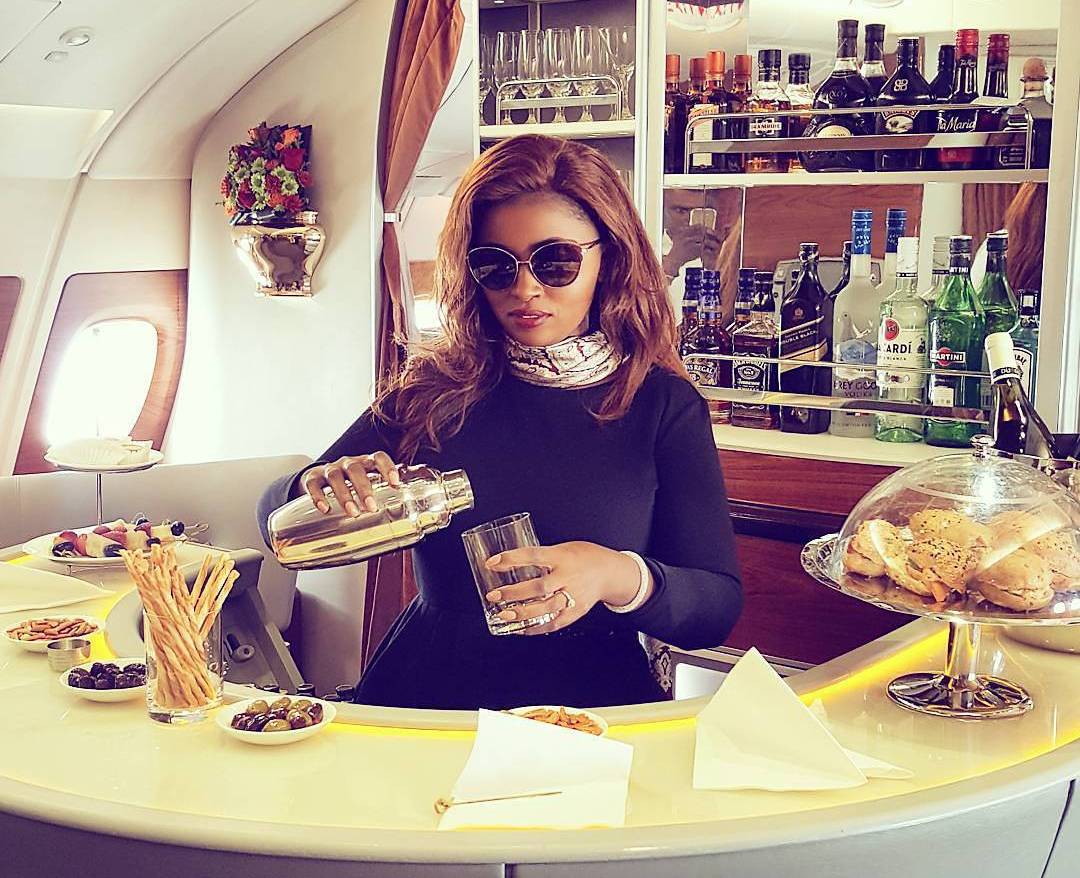 A couple of days ago news popped all over the internet that Keroche Breweries CEO’s daughter Anerlisa Muigai was being sued by Dennis Mwangeka for the Ksh19.9 million in principal and interest she owes after failing to repay a loan. Further accusations are that the loans were borrowed for her ex boyfriend Ben Kangangi, a local businessman.

According to the suit papers drawn by Kuloba & Wangila Advocates, Anerlisa borrowed three loans totaling to Ksh13 million from Mwangeka and gave two vehicles, a Range Rover Evoque and an Audi Q7 as security. The plaintiff further stated that he got a phone call from Flying Squad police summoning him as the vehicles he was holding as security were said to be stolen from Anerlisa’s mother, Tabitha Karanja.

So who owned the cars? 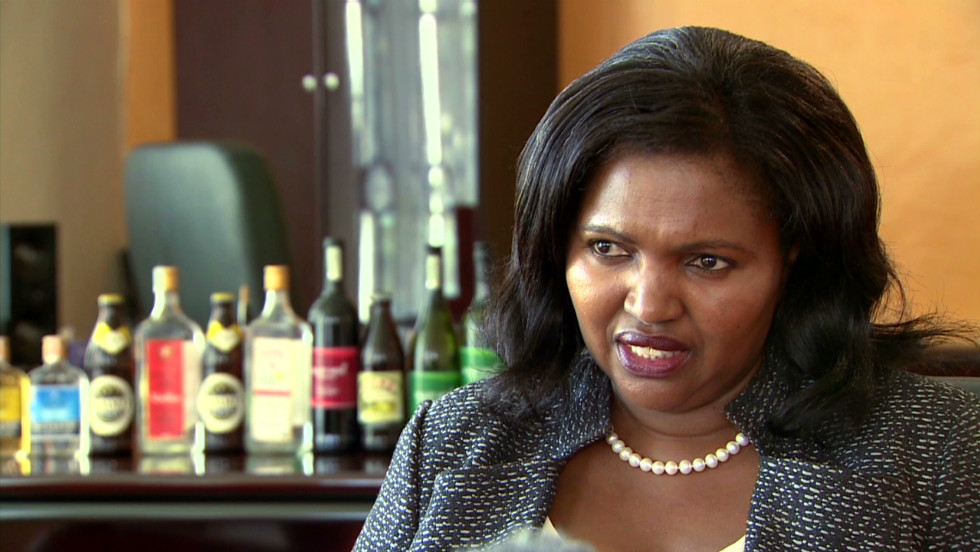 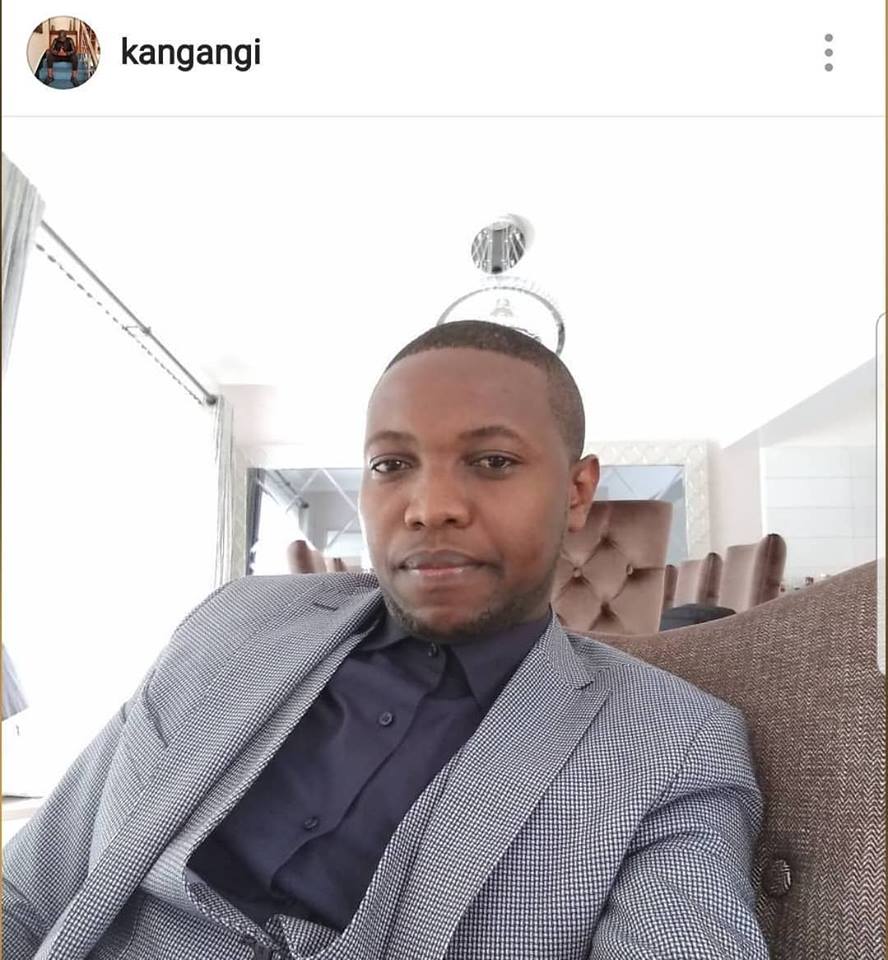 The suit papers further stated that Anerlisa gave cheques worth Ksh4.4 million to Mwangeka on October 30, 2015 but they all bounced. Mwangeka claims that Anerlisa has been avoiding him so as not to pay the money she owes.

Anerlisa took to social media to issue her response to these accusations. She said: 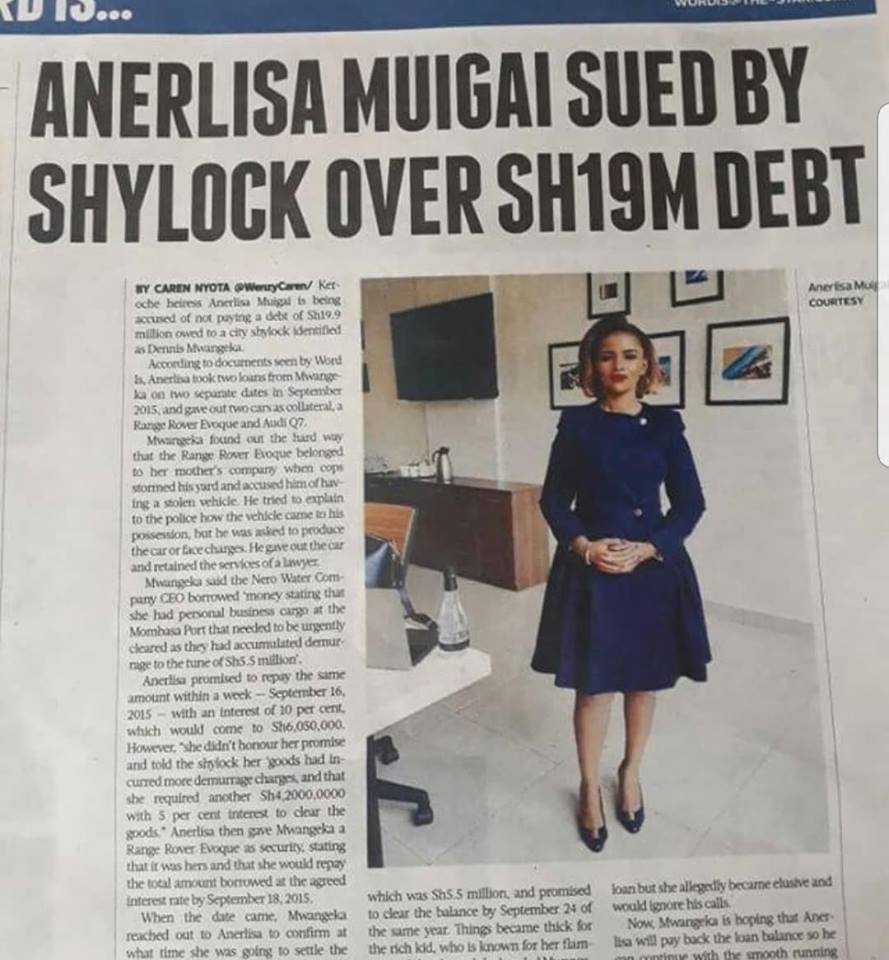 It’s amazing what malice can do to your name in a day. Straight to the point.BEN KANGANGI had been my friend for over 5 years and NOT my boyfriend as stated. We met in a circle of young entrepreneurs who interacted frequently, giving each other leads and support. Ben being brought up from Mathare by a single mum and managed to hustle his way up from Mathare, i respected that. Ben sold cars. I even reffered several friends to his car yard and within 2 years of interaction, I and other friends had even loaned him to expand his car business and he always paid back within a week or two. 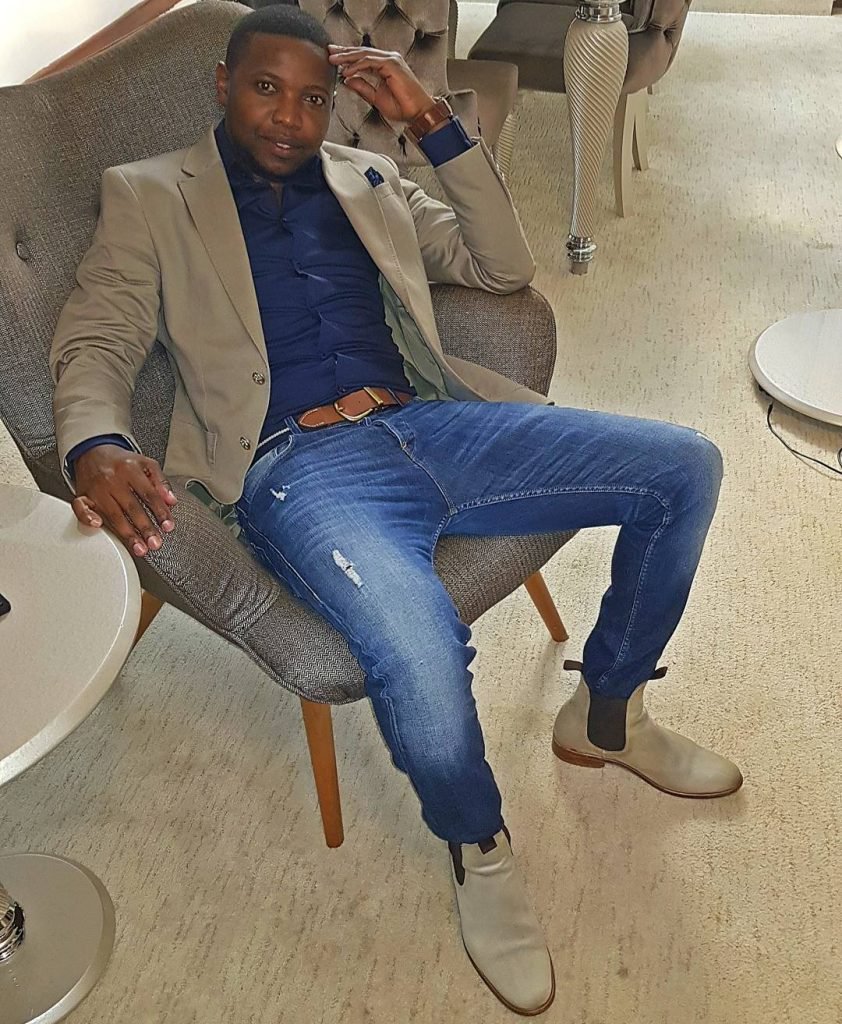 One morning Ben called me and told me that he needed 20M for a tender he had secured with the government to supply electrical cables. That evening he also submitted original documents which until now i have never understood how he managed to forge the documents, So I told him i could only give him 7M but for the other 13M, he had to borrow from elsewhere.

2 days later Ben told me that his friend knew a financier but the financer did not know Ben personally. The financer was also known for asking for heavy collateral which Ben did not have and since i had a stronger standing socially and businesswise, i could borrow money on his behalf. Ben also told me that he would refund the money in a weeks time as he was expecting money from his car yard clients. So i agreed to met the friend that Ben was talking about and i was introduced to DENNIS MOMBO MWANGEKA and in less than a week ” MWANANCHI CREDIT ” ( which is Dennis’s company ) had given me the whole amount on September 2015 without any security. I also mentioned that i was borrowing money on behalf of Ben Kangangi who i thought everyone knew but Dennis said he did not know him. After three days Dennis called me and said he needed security of two cars, i brought two cars that Ben Kangangi surrendered but Dennis said he would only be content if i gave him atleast one car under my name or my company name and that’s when i gave in my vehicle. 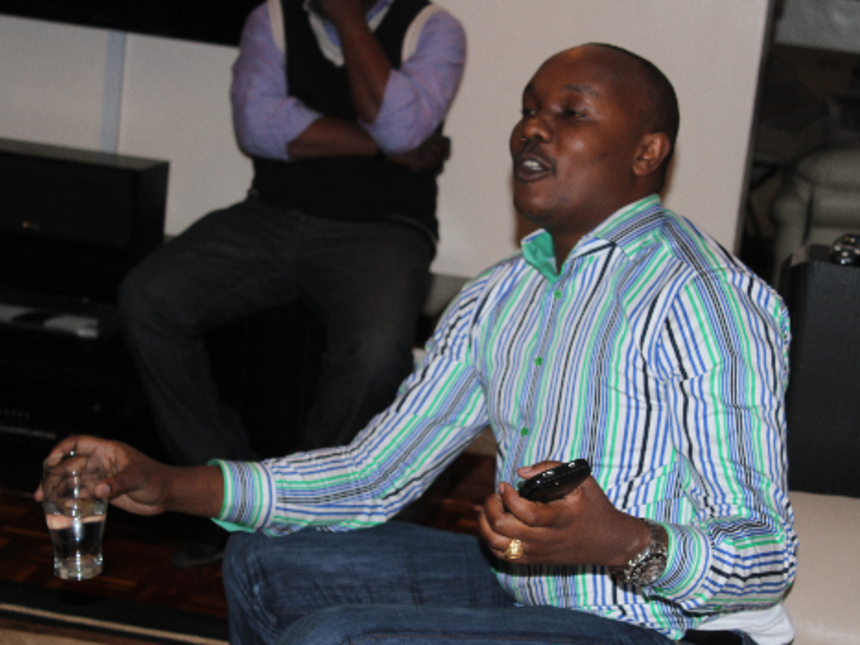 So in the second week of being given the money is when Dennis started demanding for his money as I had stated to return the money within a week. Ben had promised the same. Right away i started calling Ben but his phone went unanswered, all i was been told is that he was taking numerous trips to dubai as his house which is right opposite village market was being completed and also he purchased a porsche panamera. 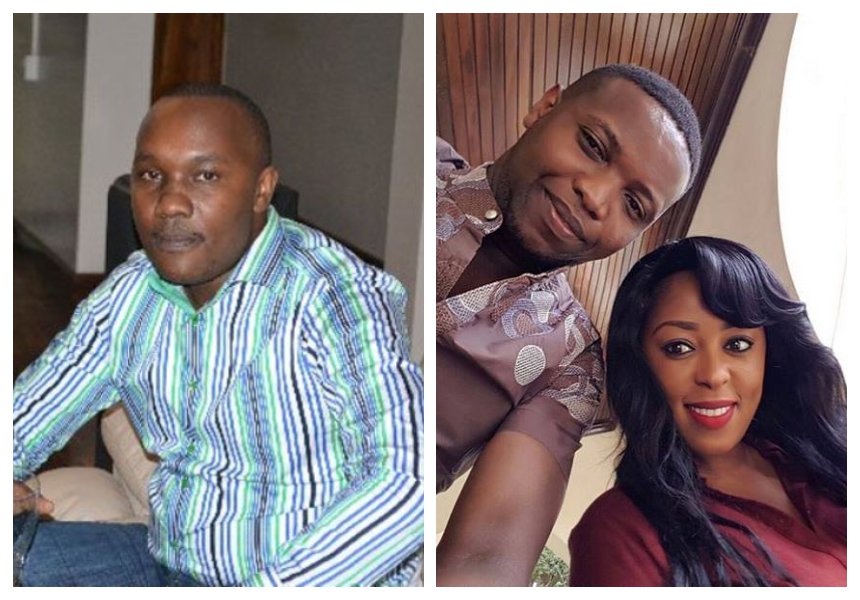 In the same week of calling Ben, i was informed that Ben and Dennis had been seen drinking together yet Dennis had told me that he did not know who Ben was. I even tried to call Dennis immediately after been told that and he lied that he was in Eldoret.A friend also send me a clip on Youtube of dennis house being raided years back by police over stolen cars. Straight away i saw something was not right and felt that i got into a trap and decided to take this matter to court to try and save my own money too.

Ben Kangangi was held in pangani police station till he agreed to sign off the money that I had taken under my name to be under his name and also return my money which he did agree to sign eventually. He was released and also returned my 5M the following day but still remained to pay me 2M.He also surrendered more cars and mine was returned.

After a few months Dennis called me and told me to withdraw the case from court as he was going to sort it out.. Bens cars were also returned which made me think Dennis was paid off the money by Ben and truth be told Dennis never called me again since 2015 until the day after my 30th birthday which was January 2018, he started haunting me again. Although Dennis claims to have sent me a demand letter end of 2016 I never received it but i informed my lawyer.

One of the bloggers called me last week and told me ” madam hapa kuna story yako na tumelipwa 10k, utatoa ngapi tusiandike hii story” i blocked every blogger including radio presenters who called me and just stuck to my truth.

I was not shocked to see the story out because these bloggers had been paid to even add lies and the fact that i had given them a cold shoulder made it worse.

Bottom line is that you CAN NEVER TRUST ANYONE. i learnt to stop been Naive. Nobody is your friend when it comes to money. My business is straight but unfortunately not everyone can say that about theirs thats why they choose to destroy others. You also need to know that people can team up behind your back and not everybody wishes the best for you. 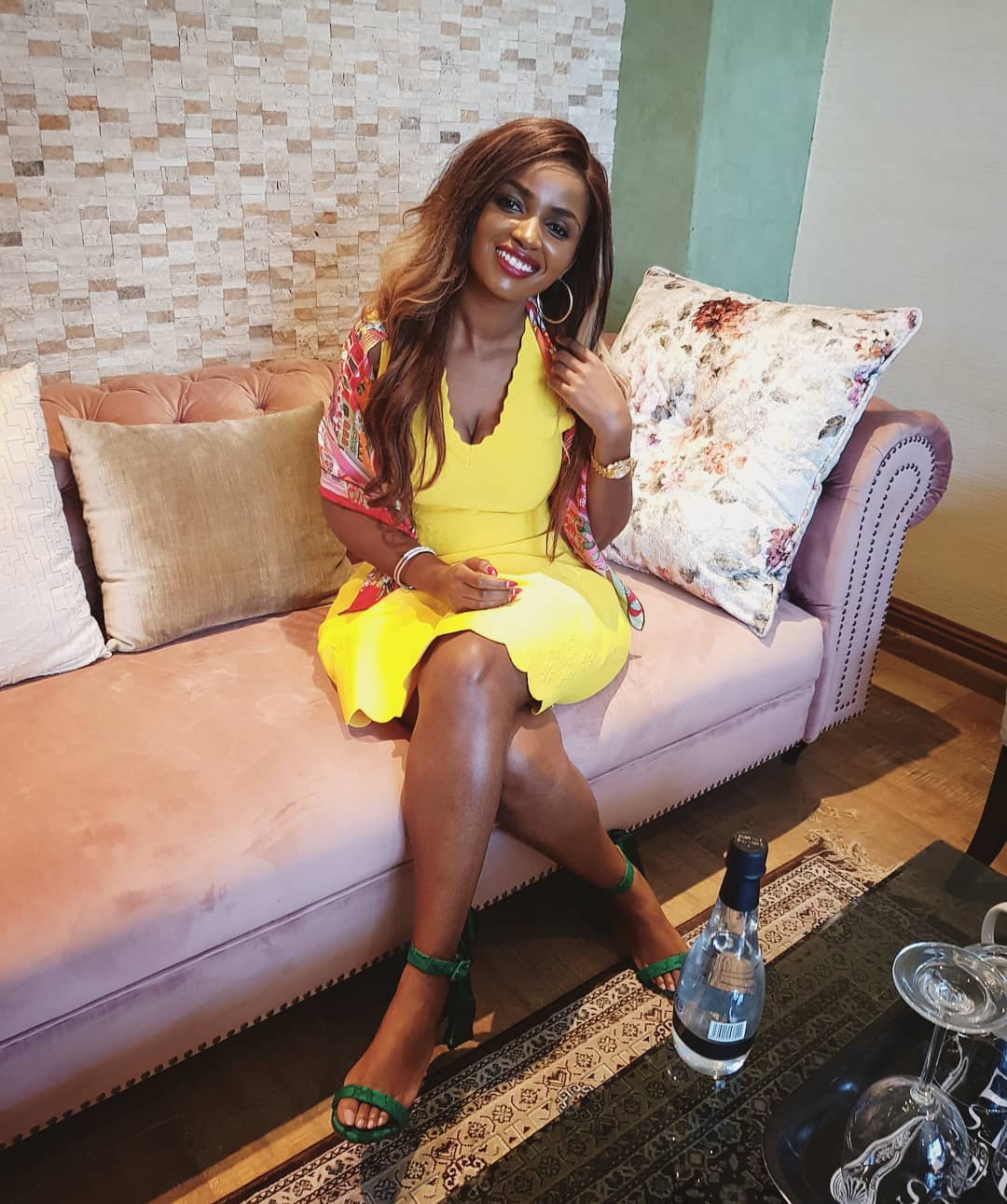 When toxic people cannot control you, they will try and control how others see you. I choose to rise above petty rumours and focus on my vision of delivering the best quality, cleanest and safest drinking water in the market. I also choose to encourage and motivate people who are on their weight loss journey through sharing my diet and workout plan which will be coming to you very soon. #Godfirst