Last Wednesday, Nation Media Group’s newspaper Business Daily published a story on the front page which exposed how Ksh5 billion was looted from the Ministry Of Health in great detail. The theft was through fund diversion, double payment for good and manipulation of the government’s main accounting system IFMIS. 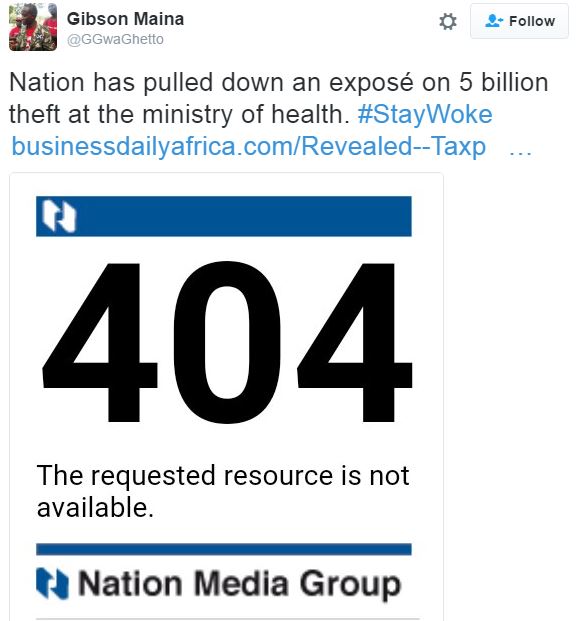 It appears somebody didn’t want people to know about this major corruption scandal so a group of men was sent all over Nairobi CBD early morning to buy all copies of the printed Business Daily newspaper from the vendors. They even went to NMG’s circulation office to grab all the copies and even took the copies that were in the supermarket and hauled everything into an awaiting vehicle. The story was even pulled down from their website for a while before being republished.

The Healthy Principal Secretary Nicholas Muraguri who had been mentioned in the scandal threatened the author of the story with espionage. 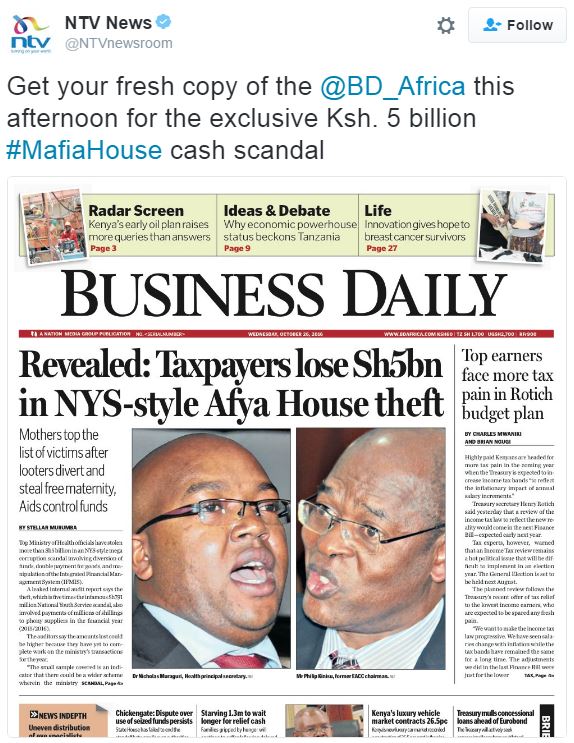 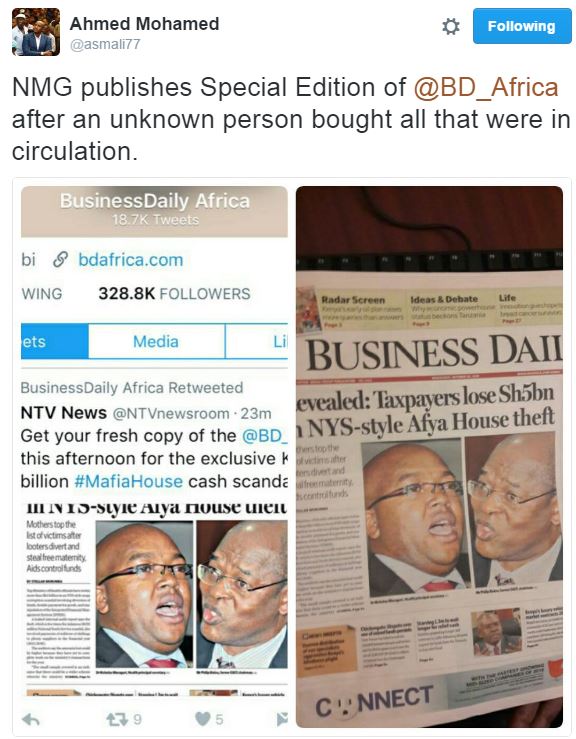 The Nation Media Group was not shaken since it decided to print thousands of copies and resupplied the vendors. If you want to read the whole story check it out here.