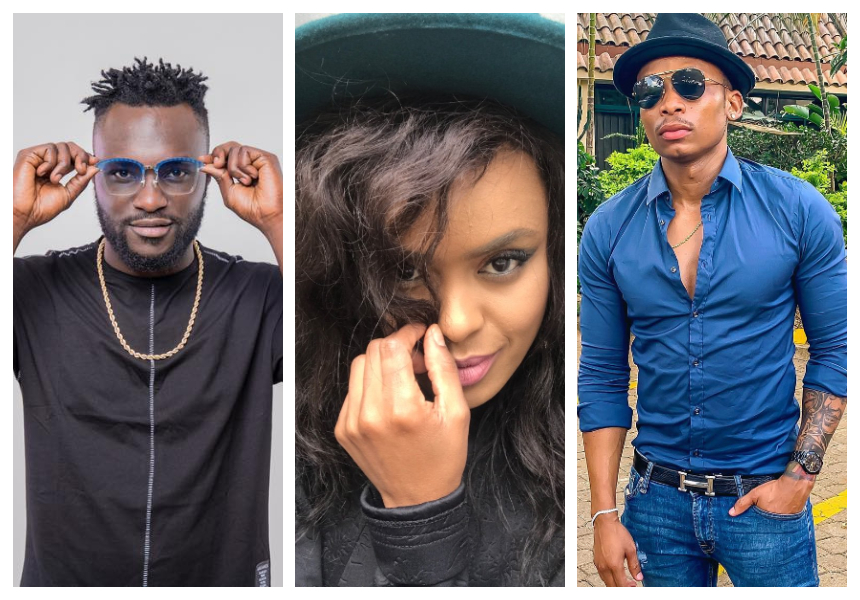 Back in 2018, Naiboi’s song called “2 in 1” was a mega hit in the local music industry thanks to the catchy tune and the creative music video which featured a number of local celebrities. However, not all major celebrities made an appearance. Avril, Sanaipei Tande and Victoria Kimani refused to feature in the video. 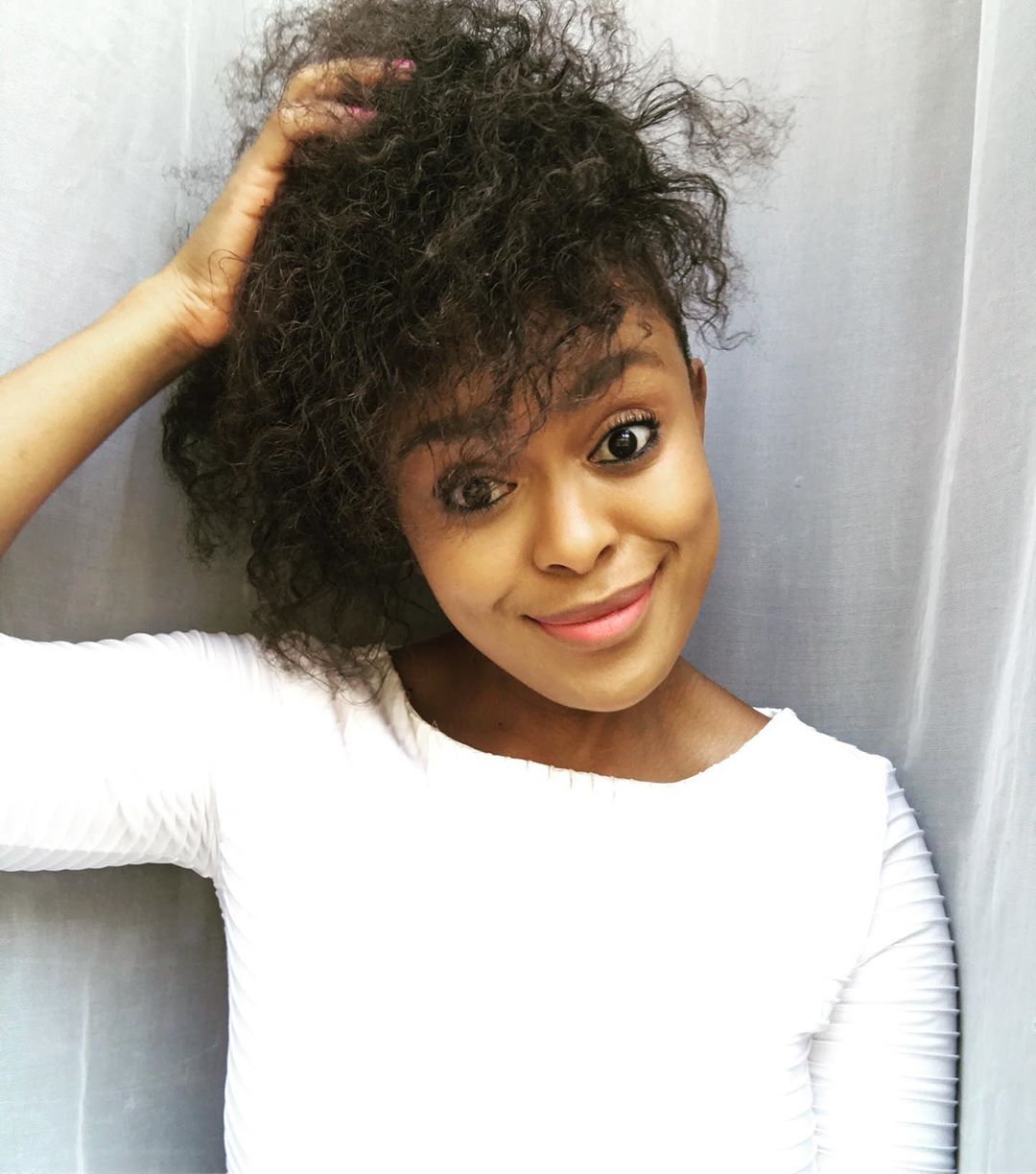 “Avril told me she was going to send, but I tried calling and my calls went unanswered. For her, I believe she might have not understood the idea, but at least she told me she was going to send, which she didn’t. It was a different case with Victoria. I called Sanaipei and she told me at the moment she can’t be in such a project, unless we have a project together. That makes sense to me, than someone blue-ticking me,” said Naiboi in a recent interview.

Otile Brown has recently released a new music video called “Kenyan Girl” which features a number of female celebrities, one of them being Avril.

A fan decided to confront Avril by posting, “You refused to do 2 in 1 challenge yet Naiboi requested you to..” She went ahead to reply,“yer I couldn’t was unfortunately in hospital…didn’t feel like getting into it with him .. let people do what they gotta do” 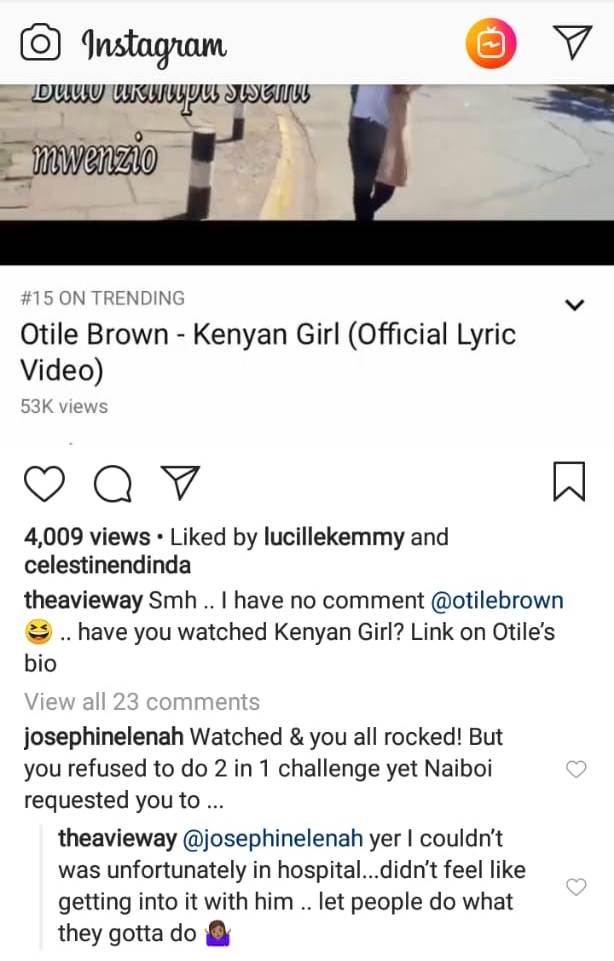