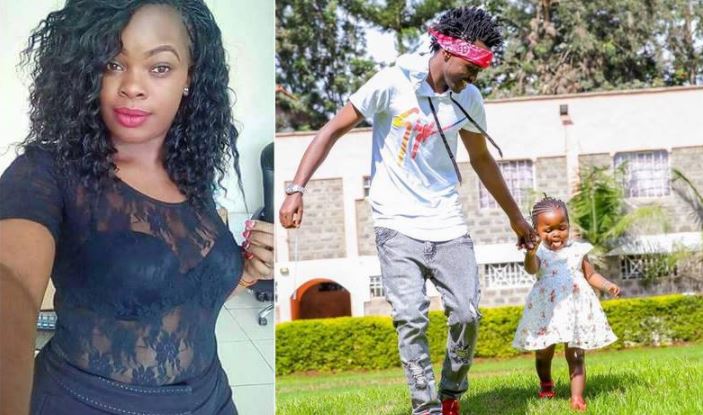 Last week was a big week for Bahati after he revealed he had a 2-year daughter together with his ex-girlfriend called Yvette Obura Kisha.

Yvette has finally spoken out and revealed extra details about their relationship. One of the biggest claims was the, she claimed that Bahati cheated on her.

Not only that, but she also claims that Bahati never consulted her when it came to unveiling their daughter to the public.

“Last weekend Bahati picked up Mueni as usual and said they were going for lunch only for me to learn later that my daughter was trending on social media. He never sought my consent. I want his friends and girlfriend Diana Marua to stop posting my daughter’s photos, it is disrespectful.

I started dating Bahati way before he became a celebrity in 2011 and we were in a serious relationship for five years. The relationship was good until when I got pregnant and things started changing.

We did not expect the baby but I decided to keep it. That is when we started to grow apart and the relationship was no longer what it was. He cheated on me. I never aborted and I was never a groupie as some of the blogs say”