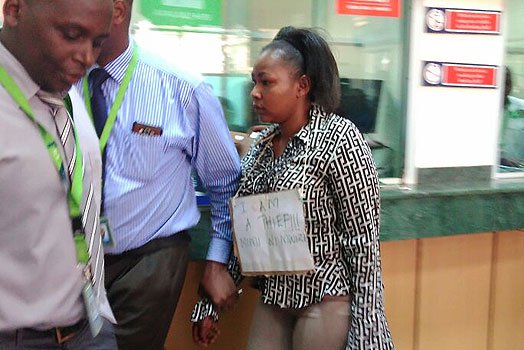 Recently at KCB Ruiru branch, a woman was busted after she stole some money from a customer’s bag while in the banking hall. She goes by the name Nancy Wawira Muthoni and apparently she wasn’t working alone.

According to CCTV footage, it appears they were working in a group of three and the other two had escaped. Before being taken into police custody, the branch management decided to parade her around the town’s other banks with a neck tag written “I am Thief”. 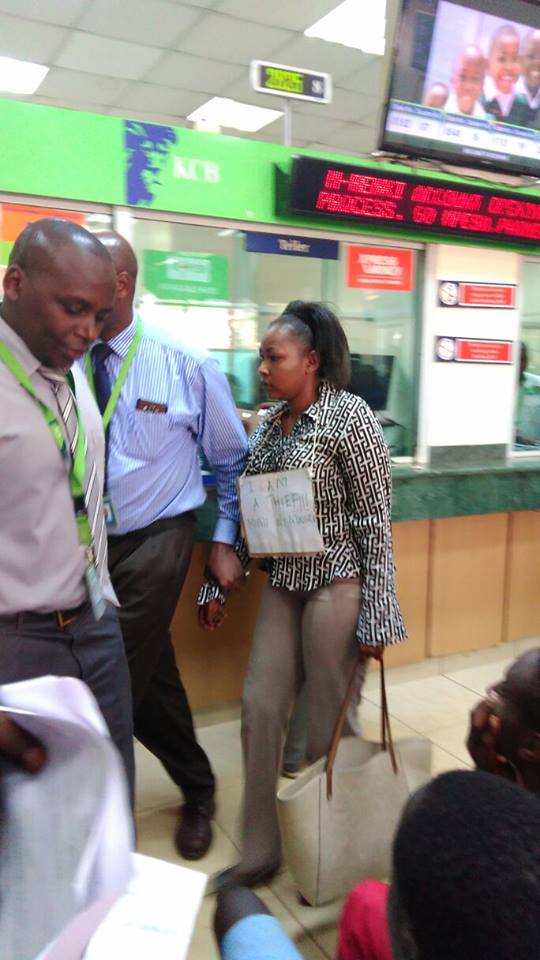 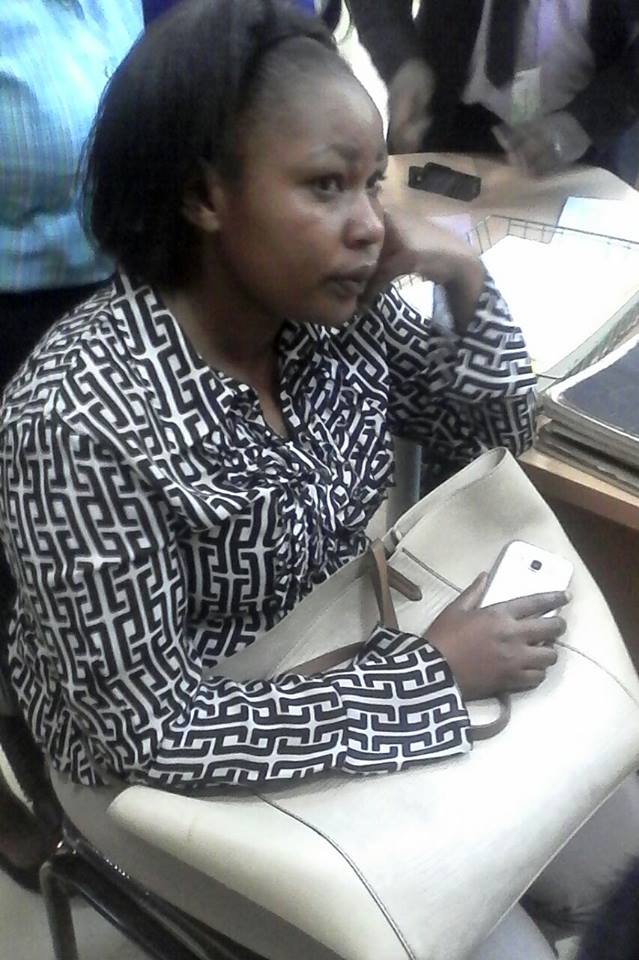 Police are now looking for the two other male accomplices.