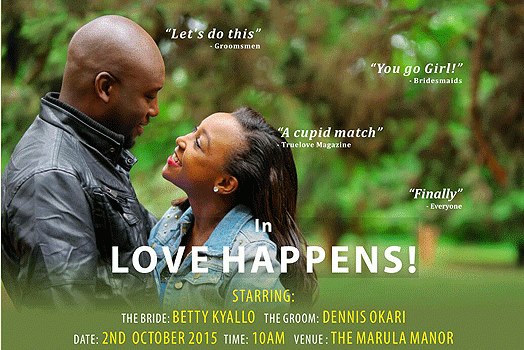 Media couple NTV’s Dennis Okari and KTN’s Betty Kyallo are finally getting married. The wedding will happen on October and it will be an invite only affair.

The two have been together for 6 years after casually meeting at KTN. One was a TV intern and the other was a news reporter. They now have one daughter together called Ivanna.

They made an invitation card which resembles a film poster and it was captioned “Love Happens” with a picture of the two staring at each other.