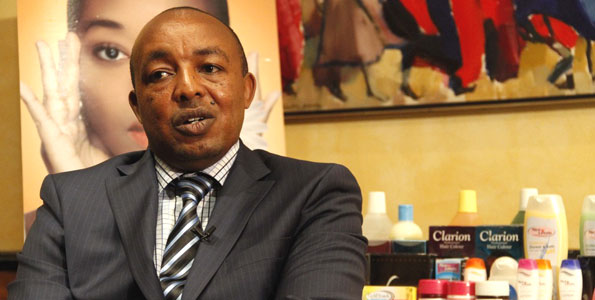 Nairobi businessman Paul Kinuthia, the man who founded the brand Nice and Lovely beauty products, was arrested last weekend after he fired his gun outside a popular nightclub along Kiambu Road.

Last Saturday night, Mr Kinuthia and his wife were spotted arguing in his car which was parked outside the club after they cut their journey heading to a private event in the area. This resulted in his wife storming out of the car and running into the club with the businessman trying to catch up with her.

At the entrance, Mr Kinuthia was stopped by the club’s bouncers. He got to angry he took out his pistol and shot in the air at least three times demanding for his wife.

The police were called to the scene and Kinuthia was arrested. He ended up spending the night at Muthaiga Police Station.

Paul Kinuthia became a billionaire after he sold part of his beauty empire to cosmetics giant L’Oreal back in 2013. The deal was estimated to be around Ksh1.5 billion.