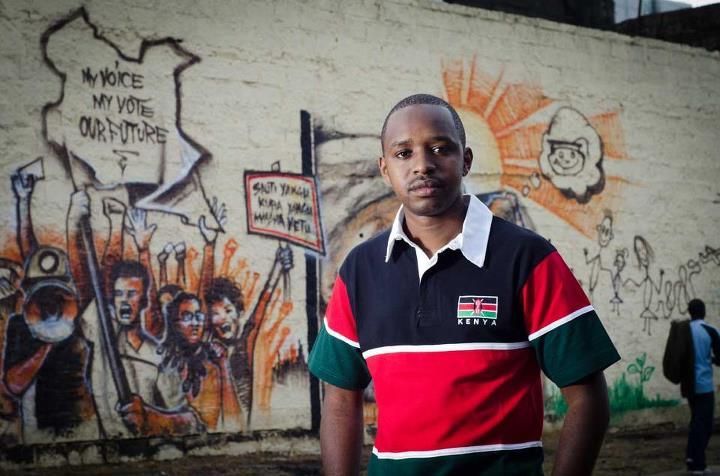 Whenever there is traffic along some of our roads three groups of people are notorious for driving on the wrong side of the road to avoid traffic: matatus, government officials and impatient rogue drivers.

Today a certain member of parliament decided to drive at the wrong side of the road and got busted by the most famous activist, Boniface Mwangi. Boniface stopped smack in the middle of the road and demanded that he reverses back to where he came from. Larry Madowo was the guy driving the car blocking the V8 Land Cruiser.

Just check out the video: